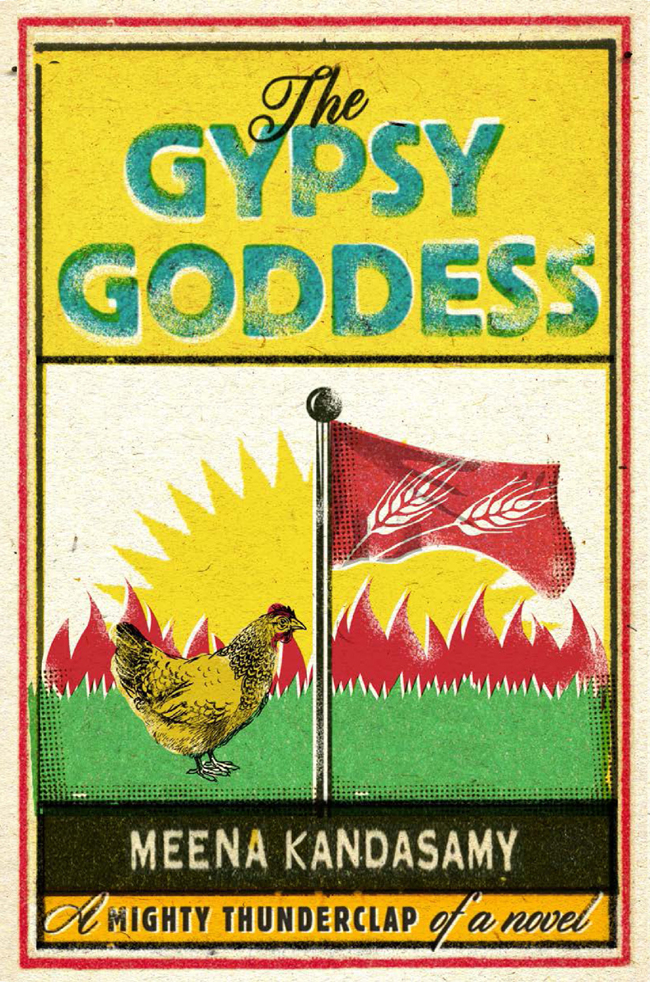 The moral right of Meena Kandasamy to be identified as the author of this work has been asserted by her in accordance with the Copyright, Designs and Patents Act of 1988.

This novel is entirely a work of fiction. The names, characters and incidents portrayed in it are the work of the author's imagination and not to be construed as real. Any resemblance to actual persons, living or dead, events or localities, is entirely coincidental.

A CIP catalogue record for this book is available
from the British Library.

For Amma, Appa and Thenral
For holding me together 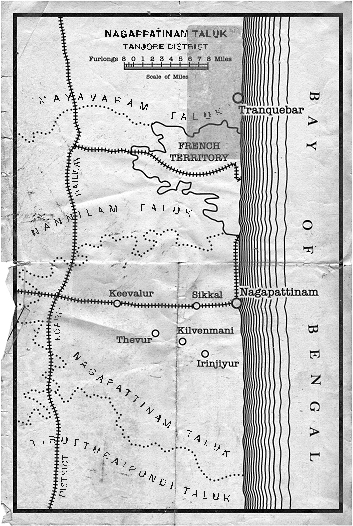 Slaughter and terror did not stop them. How can you
frighten a man whose hunger is not only in his own
cramped stomach but in the wretched bellies of
his children? You can't scare him â he has known
a fear beyond every other
.

JOHN STEINBECK,
THE GRAPES OF WRATH

It is with a heavy heart that this petitioner begs to bring to the kind attention of your Honourable Self, some of the sufferings undergone by the paddy cultivators of Nagapattinam as a consequence of the mischievous politics and misconceived propaganda that has gripped the coolies.

For the past ten years, agricultural coolies have been constantly demanding an increase in their daily wages, and whenever it has been denied to them, they have organized strikes and paralysed life in our district. Self-styled Communist leaders, who are themselves comfortably well off, are also responsible for illegal encroachment on other
people's lands. Not merely do they disregard the rights of the landowners, but they do so like militant Naxalites, by instigating the labourers to commence farming on these encroached lands. It suffices to state that, in practice, they harvest other people's fields and take away the agricultural produce, a major share of which is given to their leaders.

The increasing agony faced by the landowning
mirasdars
has forced us to create the Paddy Producers Association, and the aim of our organization is twofold: to liberate the agricultural coolies from the wicked company of these dubious leaders; and to create a relationship of mutual goodwill and understanding between the landowners, tenant farmers and the agricultural coolies who play a crucial role in rice cultivation.

The Communist leaders merely keep coming up with a list of demands and inciting their followers to go on strike. When their unreasonable demands are not acceded to, they approach the government, which holds talks between the warring landowners and the labourers, and a temporary settlement is then reached. This petitioner, like other cultivators, is of the opinion that every meeting has extended the privileges of the agricultural coolies and this has empowered and emboldened the Communist leaders, who seek to create famine in order to make this land a fertile breeding ground for Maoism.

This petitioner wishes to point out that in order to
keep creating new agreements, the agricultural coolies keep protesting. All these agreements have been a threat to peace and law and order. Whenever the government officials have decided to hold tripartite talks, these leaders appear with a list of impossible demands. This petitioner, as a landlord from Irinjiyur and being the representative of the
mirasdars
, has remained stubborn and refused to entertain any of these demands, saying that implementation of these demands was impractical, displaying the same tenacity exhibited by the intractable leaders of the opponents. As a consequence of this petitioner's uncompromising stance and his determination not to be held to ransom by a bunch of blackmailing Communists, he has been considered their foremost enemy. They have taken it upon themselves to cause irreparable damage and hardship, and, on several occasions, they have threatened to finish off this petitioner and his relatives. Moreover, these verbal threats have often sought to be fructified by carrying out violent agitations outside the petitioner's home. By following his instinct of self-preservation and maintaining a high degree of tolerance to their provocations, the petitioner has managed to safeguard himself from physical harm. However, their immature acts and political tricks have not been successful in shaking either the petitioner's determination or his ideology, and, consequently, the desperate Communists have embarked on another shocking and dangerous strategy.

Presently, their leaders have sent away one of their dutiful henchmen named Chinnapillai to some undisclosed location, and they have submitted a complaint that this petitioner killed that man and destroyed all evidence of such a murder. It is reliably learnt that this has been filed as a âMissing Persons Report' at the Keevalur police station, Nagapattinam, on 15th March 1968 or thereabouts, and this hoax is currently under investigation by the police. At this juncture, it becomes necessary to point out that three years before, a similar conspiracy was hatched to implicate the petitioner. A man named Sannasi went to a village near Karaikkal, and immediately a story started doing the rounds that this man was killed by the landlords. But before this rumour could take the shape of a malicious complaint, it came to be known that Sannasi had died of intoxication from drinking bootleg arrack in that village. The aforementioned complaint exposes the
mala fide
intention of the Communist leaders, who doggedly seek to imprison this petitioner because he presents the greatest threat to their nefarious activities.

Not only have they filed such a complaint, but they have also held public meetings to demand the immediate arrest of this petitioner. Incapable of achieving the expected results in spite of their best efforts, these leaders have changed their plan of attack. As a part of this new strategy, they organize marches close to the petitioner's residence,
chant provocative slogans and condemn the petitioner in the most disparaging manner possible. They have rained down curses on him with the secret motive of making him step out of his home so that he could be dealt with in any manner they deemed fit. In such excruciating circumstances, the petitioner cautiously stayed behind bolted doors and saved himself from a miserable fate.

Without a shred of doubt, the petitioner believes that the Communists have identified him as a target of their agitations and that they will succeed in their objective. If the Communists are not made to restrain themselves, and permanent legal measures are not taken to solve this problem, no landlord can remain safe. The petitioner feels that unless this nuisance is nipped in the bud, Nagapattinam is bound to face unprecedented law and order problems.

The Magician: An Epic Dark Fantasy Novel: Book One of the Rogue Portal Series by Courtney Herz
Kill For Love by RAY CONNOLLY
When The Light Goes Out by Thompson, Jack
Survivor Planet III by Juliet Cardin
Voltaire in Love by Nancy Mitford
Everbound: An Everneath Novel by Ashton, Brodi
Bait & Switch (Mayfield Cozy Mystery Book 1) by Jerusha Jones
Trouble Won't Wait by Autumn Piper
A Convenient Arrangement by Maggie Marr
How I Came to Sparkle Again by McLaren, Kaya
Our partner