Read The Hand of God Online

The Hand of God 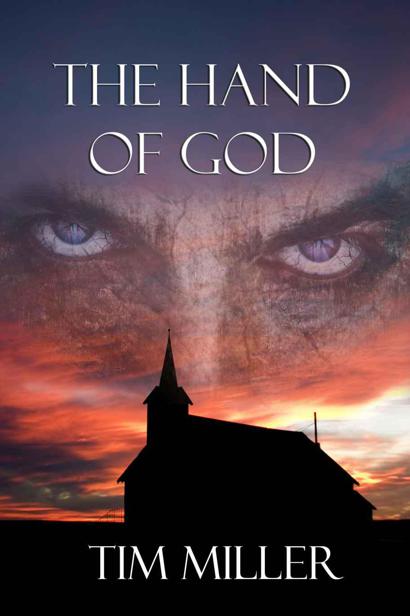 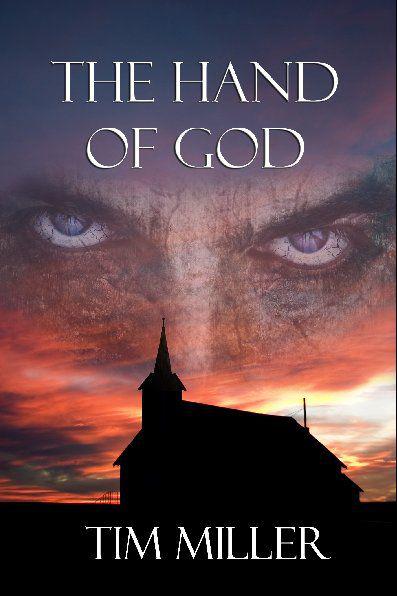 The right of
Tim Miller
to be identified as the author of this work has been asserted by her in accordance with the Copyright, Designs and Patents Act 1988

Thank you to my soulmate Lori for working so hard on this journey with me.  And to my little girl, Ashley, who will always be my princess

T
he H
and of God

Then the angel of the LORD went forth, and smote in the camp of the Assyrians an hundred fourscore and five thousand: and when they arose early in the morning, behold, they were all dead corpses.

Who would dare challenge the hand of God?  This was the question I asked myself every night.  The world was full of sinners, so my work was never done.  Tonight’s sinner was an adulteress.  During the day, she was a school teacher, mother of two beautiful children with a loving husband.  Her husband practically worshipped the ground she walked on.  Yet this wasn’t good enough for her.  Despite his years of love, devotion and adoration; as well as him giving her everything she could ever want, she was sleeping with another man.

The “other” man was a bad boy.  He’d been in jail a few times, couldn’t hold a job, and hung out in bars daily.  Yet he was much manlier than her gentle husband who loved her so.  Adultery was sin in the eyes of God.  He had declared her sin an abomination.  Those who commit this act shall be put to death.  Tonight, I was going to do just that.

I sat outside the adulteress’s school as darkness began to fall. It was almost eight o’clock.  I’d been watching her for days.    She taught fifth grade, but also worked with the choir. This often resulted in late nights.  Finally, she came walking out toward her car, the same way she did every night.  I parked right next to her car to make things quick and easy.

“Excuse me, ma’am?” I said as I stepped out of my Tahoe. She didn’t seem startled at my presence.

“Yes, do you have a cell phone?  My truck won’t start, and my phone seems to be dead.  I’m really sorry to bother you.”

“Umm, yes I do,” she said, as she began to look through her purse.  The distraction was just what I needed.  I lunged toward her, and in one smooth motion placed her into a reverse choke hold, cutting off her air and her circulation.  Within seconds she was limp in my arms.  I popped the tailgate on my Tahoe and slid her inside, threw the canvas tarp over her and closed it up.  It all took less than a minute.  I climbed back in and began the drive to the Chapel.

I stood watching her as she began to awaken. I looked up at her, admiring my own work.  One of the fun things about my work was seeing the look on sinners’ faces when they realized their predicament.  Her response wasn’t any different.  I had stripped her naked, tied her to a large wooden cross, and had my tools lain out before me on a table.  As she came to, the alarm finally registered on her face, and she began screaming.  She went on like that for a few minutes before she actually spoke.

“You know why you’re here, sinner.  God sent me to rid the earth of you.”

“For what?  I’m not a sinner! I didn’t do anything wrong!  Why are you doing this?   What do you want?” She struggled against the ropes as she screamed.

“Nothing wrong, huh?”  I walked over to my table.    I picked up the Bible off the table and turned to the book of Leviticus.  “And the man that committeth adultery with another man’s wife, even he that committeth adultery with his neighbor’s wife, the adulterer and adulteress shall surely be put to death.”  I closed the Bible and held it up.  “This is the word of God!  Not up for negotiation!”

“What?  Why?  You don’t even know me!  Are you insane?”  She kept struggling on the cross, trying to free herself, but not budging at all.  I could recognize the look in her eyes; it had gone from fear to anger. It was as if she’s realized her fate and now chose to fight instead of beg.  “What about Brett?  Huh?  Where is he?  It says both of us should be put to death!  Not only are you a murdering freak, but you’re a sexist murdering freak!”

I had a feeling she would mention her lover, Brett.    I reached under the table and pulled out the large trash bag and reached inside.

“Oh, you mean this guy?” I said as I pulled Brett’s severed head from the bag.  His eyes were wide and mouth was gaping open.  She screamed louder and more shrilly than she had earlier, the defiance out of her for the moment.

“A family you cheated on, for this piece of garbage.  And for what?  A cheap thrill? A turn on? I hope it was worth it.”

I put the head back into the bag, and sat it on the floor.  Unfolding the sack on the table, I revealed my tools.  They included meat cleavers, knives, drills and other useful instruments.  She saw them and began screaming again.  I continued through the noise. I was used to it.  It was the sound of God’s justice.  I found my large knife and walked over to her as she continued screaming.  She looked down at me from the cross as I held the knife up to her.

As I began to cut down her chest, blood pouring from the incision, I said a prayer:

“God is jealous, and the Lord revengeth; the Lord revengeth and is furious; the Lord will take vengeance on his adversaries, and he reserveth wrath for his enemies.”  I prayed as I cut, blood pouring from her body and covering her in crimson as she continued screaming.  It would be over in a few minutes, and then she would never be found.  There would be no body, no evidence, no trace she-or her sin- ever existed.  Blessed be the name of the Lord.

The next morning it all seemed like a dream, or at least a haze.  Yet I knew it was real.  Whenever I do God’s work, it’s like I get into a zone.  It’s as if His spirit fills me and carries out His will while I’m a helpless bystander in my own body.  Whatever it is, I was glad to be a vessel of the Lord’s mighty power.  It was Sunday morning, and it was time for church.

My name is Charlie.  Most know me as Pastor Charlie Sims, the senior pastor at the Living Word Bible Fellowship just south of San Antonio, Texas.  We are a peaceful and loving group of God-fearing people.   No one in my congregation knows about my special calling.  That is something that stays between God, me, and His condemned.  In the Old Testament, the Lord sent prophets among men to go into the world and spread word of His will and pronounce his judgment.  This is where He has called me today.  I am the Hand of God.

My ministry was not about movements, multimedia presentations, protests or “rocking the vote,” or even Tea Parties.  Those things are meant to do nothing more than make the people doing them feel good about themselves.  I guess that is good for them, but doesn’t seem all that productive.  It’s just lots of talking.  I, on the other hand, believe in action, in ridding the world of filth and sin.  God doesn’t play favorites, so neither do I.  All sins are fair game.  I’ve had homeless people on my cross as well as doctors, and even a few entertainers. Sin is sin, and I already know who my next sinner will be.  However, at the moment, I have a church to run.

This Sunday morning started out like most.  Our worship band played some of our favorite contemporary worship songs, and even some older hymns.  “How Great Thou Art” and “Onward Christian Soldiers” were a couple of my favorites.  All the songs they played were passionate and uplifting songs for worship.  Despite our being a more traditional church, our congregation enjoyed upbeat and modern worship songs with guitars and drums.  Years ago, that didn’t go over so well in many churches, but times have changed.  I liked it.  The music made things more lively and interesting.

After worship music, I would preach my weekly sermon.  This week’s sermon was about the evils of lust.  I recently had to fire one of our assistant pastors over his addiction to pornography.  I had counseled him several times over the last few months, but he did not want to let go of his true love.  It was this love for images on his computer of naked women committing vile acts for his pleasure that ruined him.

Cutting him loose was hard. He was quite upset about it.  He even cried in my office and begged for another chance.  I let him address the congregation his last Sunday there so he could say goodbye.  Of course, he cried in front of them too.  He said he didn’t know what he would do, but hoped the Lord would provide for him and his family.  As upset as he was, he had no idea how much better this was than the alternative I may have chosen for him. I didn’t kill him because God didn’t tell me to.  God apparently had other plans for him.