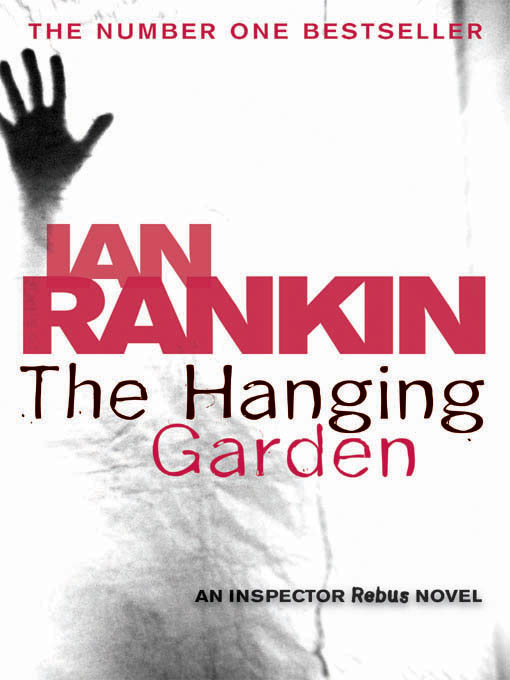 ‘As always, Rankin proves himself the master of his own milieu. He brings the dark underside of Edinburgh deliciously to life … Rankin’s skill lies mainly in the confident way he weaves the disparate threads into a cohesive whole’

‘His novels flow as smoothly as the flooded Forth, and come peppered with three-dimensional characters who actually react to and are changed by events around them … This is Rankin at his raw-edged, page-turning best … With Rankin, you can practically smell the fag-smoke and whisky fumes’

‘The internal police politics and corruption in high places are both portrayed with bone-freezing accuracy. This novel should come with a wind-chill factor warning’

‘Real life and fiction blur in this cynical, bleak tale. You’ll love every second of it’

Born in the Kingdom of Fife in 1960, Ian Rankin graduated from the University of Edinburgh in 1982, and then spent three years writing novels when he was supposed to be working towards a PhD in Scottish Literature. His first Rebus novel,
Knots and Crosses
, was published in 1987, and the Rebus books are now translated into over thirty languages and are bestsellers worldwide.

Ian Rankin has been elected a Hawthornden Fellow, and is also a past winner of the Chandler-Fulbright Award. He is the recipient of four Crime Writers’ Association Dagger Awards including the prestigious Diamond Dagger in 2005 and in 2009 was inducted into the CWA Hall of Fame. In 2004, Ian won America’s celebrated Edgar award for
Resurrection Men
. He has also been shortlisted for the Anthony Awards in the USA, and won Denmark’s
Palle Rosenkrantz
Prize, the French
Grand Prix du Roman Noir
and the
Deutscher Krimipreis
. Ian Rankin is also the recipient of honorary degrees from the universities of Abertay, St Andrews, Edinburgh, Hull and the Open University.

A contributor to BBC2’s
Newsnight Review
, he also presented his own TV series,
Ian Rankin’s Evil Thoughts
. He has received the OBE for services to literature, opting to receive the prize in his home city of Edinburgh. He has also recently been appointed to the rank of Deputy Lieutenant of Edinburgh, where he lives with his partner and two sons. Visit his website at
www.ianrankin.net
.

‘If all time is eternally present
All time is unredeemable.’

Having lived in France for six years, in the autumn of 1996 I moved back to Edinburgh with my family. I had left Scotland ten years previously, newly married and fresh from university. I was returning with two children and a full-time career as a novelist. Okay, so I wasn’t earning enough for the mortgage on a three-bedroom flat, but some of the uncertainties of the past had gone. I felt like a proper, grown-up writer, able to take on big moral themes under the guise of writing whodunits. Academe and literary circles might not take the form seriously, but I knew that the crime novel could say as much about human nature and the state of the world as any other branch of writerly endeavour. My next project was already well under way as we unpacked and started coming to terms with driving on the left (in our French-registered Peugeot). The genesis of this project had been a day-trip I’d made to a place called Oradour – a town which had, quite literally, died.

All the six years I’d spent in France, I’d heard of this place, knew it was just over an hour’s drive away from our home in north-east Dordogne. Friends’ children went there on school trips, but I’d never made the effort. Then I remembered London. We’d lived there for four years before making the move to France. After we’d left, I’d thought with regret of all the things I hadn’t done, places I hadn’t bothered to visit. So, towards the end of our time in France, I took the drive north to Oradour.

The town has been kept as a shrine to its victims. No one knows how many died there, the day the 3rd Company of the SS ‘Der Führer’ Regiment marched in and started rounding people up. Not far short of a thousand, the histories say. Corpses were set alight, or dropped down wells. Men, women, children: almost no one escaped the slaughter. During my time there, peering through windows into kitchens and living rooms, passing burned-out cars and the rusty carcass of the local tram, the overcast sky gave way to steady rain. I sought shelter in the church, but its roof was missing – torched by the Nazis. I got in close to one of its walls, and realised there were bullet-holes in the plaster all around me. This was where the women had been brought, a machine-gun pointed at them. So I headed for the small museum instead, with its displays of everyday objects: hairbrushes, pairs of spectacles … mementoes of the dead.

But what really affected me about Oradour was the fact that the man responsible – the general who’d given the order for the massacre – had been captured by the Allies, but was then sent back to Germany to live out the rest of his days in industry and comfort. What sort of justice was that? There would be reasons for it, of course: probably to do with politics, with diplomacy, with secret deals and information traded. There were usually reasons for these things. I started doing some research, and along the way learned of a network called the Rat-Line (which you’ll read about in this book). I also became intrigued that the lessons of the past had not been learned. Atrocities were a daily occurrence in ex-Yugoslavia at this time. The West knew the identities of the men responsible, the men in charge – they were on our TV screens nightly, going about their butchers’ business. Yet little or nothing was being done to stop them.

This sense of history repeating would form the basis for
The Hanging Garden
. Most of the book was written in France, but when I arrived in Edinburgh I knew I needed to do some final research on war criminals and how we have dealt with them in the past. So I went to the National Library on Edinburgh’s George IV Bridge – a place I’d haunted as a student, back when I’d been writing my first two novels – and did a search.

Having decided, months before, that I wanted to write about Oradour, I’d scratched my head for a while. The sticking point was: how could I do so from the point of view of Detective Inspector John Rebus? The answer came eventually: I would have Rebus investigate an alleged Nazi war criminal who has been living quietly in Edinburgh for forty years or more. In this way, I could question the validity of prosecuting old men for their crimes of half a century before.

But that day in the National Library, I found information on an alleged war criminal … a real one … living quietly in Edinburgh. A TV documentary had been made about him, and he’d taken legal action against the producers. And though he hadn’t been successful, I knew I would have to be careful that he couldn’t see himself in
my
portrait of a suspected monster …

The case of the missing books by Ian Sansom
Mask of Desire (Falling for the Billionaire #2) by Karolyn James
The Art of Living by John Gardner
Truth by Tanya Kyi
The Shroud Key by Vincent Zandri
Naturally Bug-Free by Hess, Anna
The Perfect Match by Kristan Higgins
The Dragon in the Driveway by Kate Klimo, John Shroades
What He Craves by Hannah Ford
Unwanted Sacrifices (Russkaya Mafiya Book 3) by Sapphire Knight
Our partner