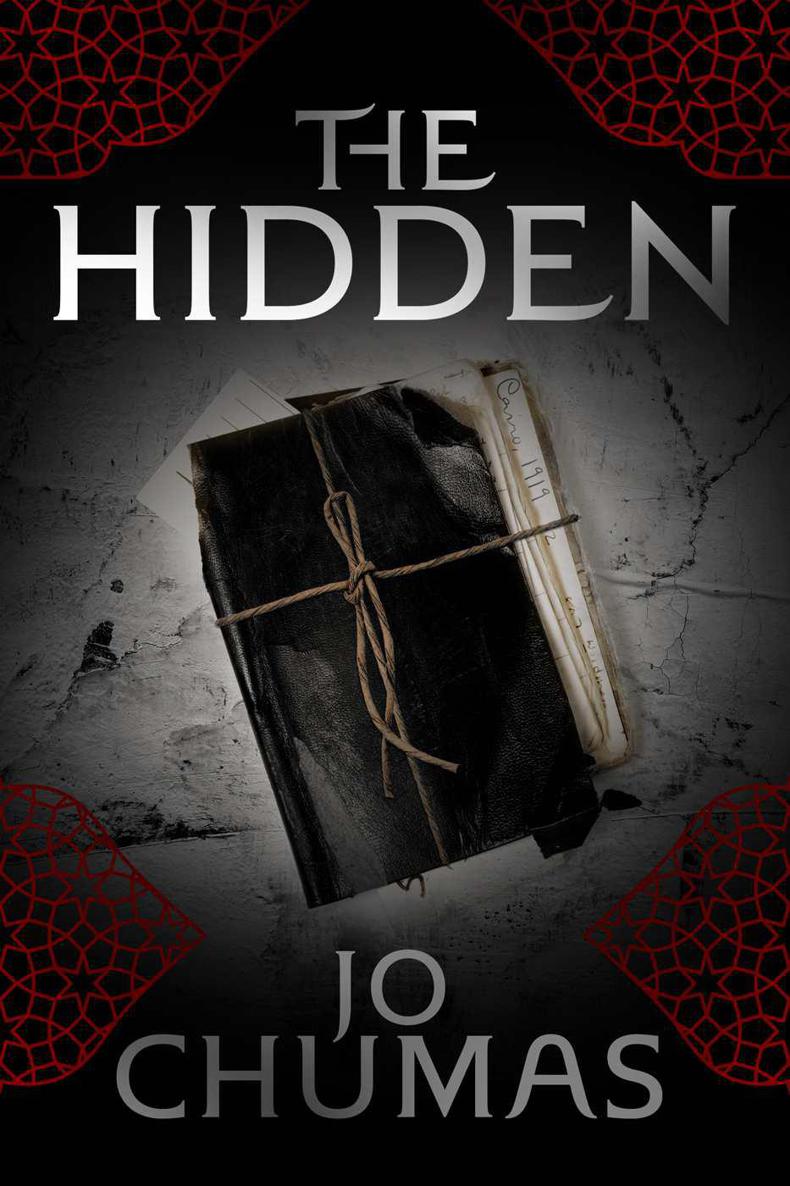 The strikingly handsome young man smiled to himself as he considered his good fortune. The rendezvous at the small desert village to the east of Lake Timsah, bordering the north of the Sinai, where he now found himself, on an icily still, crystal-clear night, was the culmination of a finely tuned plan. He had waited for this moment for months. Nothing and no one had stood in his way. His heart pounded as he searched the darkness. The sharp tang of wood smoke filled his nostrils, mouth, and lungs. In the distance, he saw a group of men lounging by the dying embers of a fire. They were smoking a nargila pipe, laughing drunkenly.

He made his way towards the peasant woman’s mud-brick house on the far side of the village. He edged silently around the side of the building, then slipped through a narrow arch. He knew what he had to do—hand over the documents, maps, and key information. He fumbled with the canvas satchel he was carrying, and drew out a thick black cloak, which he hoisted around his shoulders. Everything was happening as his men had predicted. He saw the leaf mat at the back of the house and the red silk ribbon tied to a pole, the narrow entry, the back door to the woman’s house. He heard the murmuring of voices and shrank back behind a date palm.

The men around the campfire were laying out mats, laughing, swigging back the last dregs from a whisky bottle. He stood silently, holding his breath, waiting, watching.

Suddenly a powerful blow struck him from behind. Arms were clamped around his shoulders, and his head was wrenched back by the roots of his hair. A searing sound slit the air; the glint of a dagger poised at his throat, the pain shot through him, tight and hot and numb. The smell and taste of blood curdled in his mouth, and his screams echoed across the emptiness.

The man who telephoned Aimee identified himself as Professor Langham. He introduced himself not only as Azi’s superior, but also his colleague, advisor, and friend. He asked Aimee to come to the university to pick up Azi’s belongings. A parcel, he said, had been retrieved from his locker. She hadn’t said much to him on the phone, simply agreeing to meet him for tea on the specified date. That Wednesday, Aimee went to see him.

“It’s a real pleasure to meet you at last, Madame Ibrahim,” the professor said, smiling warmly. Taking Aimee’s tiny hand in his, he guided her through the thick oak door leading to his office.

She looked hopefully into his blue eyes and murmured a quiet thank-you. He escorted her to a low armchair, then sat down opposite her under the whirring ceiling fan.

“You’re very brave to have come so soon,” he said soothingly. “This must be a great ordeal for you. I had thought of paying you a visit and bringing you the parcel myself, but I didn’t want to intrude and appear improper or forward.”

Aimee straightened her back and jutted her chin out, looking him squarely in the eye. “That’s kind of you,” she said, holding herself tightly inside her grief. “I am rather grateful to you actually for the chance to come. I needed to get out of my house.”

Her voice trembled slightly as she spoke. She bit her lip and casually gazed around the room, studying the heavy wooden bookshelves, the trophies and ornaments on display. The professor did not respond right away, respectfully allowing the silence to settle over them for a moment or two.

“The university was devastated by the news,” he said at last. “Young Ibrahim was one of our most respected professors. He had such a bright future ahead of him. Of course, I was delighted when I heard of his sudden engagement and marriage, but then this.”

He broke off with a melancholy sigh and leaned towards her pleadingly. “I want you to know, Madame Ibrahim, that I am at your service, if there is anything you need, anything at all.”

Smoothing her skirt with her hands, Aimee flashed him a half smile, wriggled her toes nervously inside her shoes, and moved her neck discreetly to ease the tension in it. This was so hard for her. She felt uncomfortable sitting with him, alone, like this, in his office. It did not seem quite right.

“Azi spoke very highly of you, Professor,” she said with a forced smile. “He loved his job, his students, the university.”

Langham sat back in his chair, studying her closely. What a startlingly good-looking girl she was, but she was just a girl surely? Her alluring eyes glittered like cut crystal in the sunlight, translucent green, all observing. She wore her hair clasped at the back of her head, its inky darkness a stark contrast to the pallor of her skin. She spoke English flawlessly despite a heavy French accent.

“Have the police arrested anyone yet, Madame? Do you have any more information?”

“I’m so sorry, Madame Ibrahim,” he said. “The wait must be agonising.”

He smiled nervously at her and nodded. Aimee felt herself go hot at the obvious break in the conversation. She was struggling to hold back the jabbing pain taking hold of her, the feeling that made sitting here in the professor’s office so excruciating. She thought of Azi, sitting in this same chair, talking to Langham and how he was dead now. She flashed Langham a grateful smile. He only wanted to help her, after all, but he couldn’t bring her husband back.

“Professor, perhaps there is a way you could help me. I really would like to teach or translate perhaps, something to occupy my mind. It would make waiting for the police to find the killer easier to bear. I am fluent in English and French, and I speak a little Turkish and Arabic too.”

Langham frowned thoughtfully and stroked his chin. “You’re a talented young lady. If only it were possible for us to use you here. I regret that this is such a conservative institution. I have my aspirations for this place—we need to adapt to the modern world and educate our young men to accept women in the workplace; although some do, I am bound, you see, by our founder, and by outside money. A woman working here would be”—and here he paused—“difficult. For the time being, I could not allow it.”

Aimee felt her cheeks redden. She shouldn’t have asked him.

He decided to change the subject. He could see he had embarrassed her. “You have family here, Madame?” he asked with a smile.

“I’m an orphan. I have an aunt, but I never knew my parents.”

She returned his smile, then studied her hands. It was humiliating to put herself at the mercy of a man she didn’t know. And he was looking at her so inquisitively, as though he wanted to know more about her. But some things were private and sacred—looking back on recent events, even a little unreal. First the telegram from her
aunt Saiza had come, summoning her back to Cairo after fourteen years in France because of the war. Then had followed the train journey with Sophie, her school friend, their voyage together across the Mediterranean on
Le Congo
from Marseille to Alexandria, their arrival in Cairo—a city she did not remember, even though she had been born there. Released from the confines of their convent education, Sophie and Aimee loved the freedom from school, the excitement, the invitations to soirees and nightclubs and dances, all organised by Sophie’s uncle and guardian, Tony Sedgewick, who was based in the Egyptian capital. Cairo was a breath of fresh air after life with the nuns in Paris. Aimee hadn’t even been in Cairo for more than a month when she met Azi. Her aunt Saiza had introduced them, and he had courted her with such passionate abandon that she had been almost shocked. She knew nothing about men—did not know the first thing about how to act around them—but she knew she was falling in love with him. He had promised her the world, if only she would agree to be his. Azi’s world had fascinated her, and she’d been dazzled by his intellect, his plans for a dynamic new Egypt. He had a large group of male friends, academics and businessmen. Though she longed to live in his world, she knew that her shyness and her French convent-school upbringing had not prepared her for the cacophony of activity she witnessed every day in Cairo. Though she felt strangely connected to her birthplace, she was still a stranger here, walking blind. Like an invisible spirit, she could observe but felt barred from taking part. And her youth and her sex were barriers to this world. She was a young woman expected to act in a certain way. She knew so little of life, but sometimes her desire to know everything hidden to her shocked her.

“I’m sorry, I didn’t know,” Langham said. “But Ibrahim’s family surely will look after you now. They will take care of everything?”

Aimee caught his eye. How could she explain to this nice man that the family she had married into was not interested in her?

“They’re emigrating to America as soon as possible before things get too difficult with the war. I haven’t been invited to join them, not that I would want to, you see—”

He looked on with interest.

“It’s my aunt, Professor. She’s been like a mother to me. I couldn’t leave her behind. She’s all I’ve got now.”

“You travelled from France, I believe?”

Aimee nodded, searching his face. “I spent my childhood there, in the town of Neuilly near Paris, at a convent boarding school. My aunt thought it best, for my education. I taught there for a while after finishing school. Then the war started and my aunt sent for me. I’ve been in Cairo now for nine months.”

Life in Fusion by Ethan Day
The Unclaimed Duchess by Jenna Petersen
A History of the World by Andrew Marr
The Pink Ghetto by Ireland, Liz
Don't Let Him Know by Sandip Roy
Wedding Song by Farideh Goldin
The Cambridge Theorem by Tony Cape
Collision: The Alliance Series Book Three by Emma L. Adams
The Queen of Sleepy Eye by Patti Hill
Baxter Moon, Galactic Scout by John Zakour
Our partner