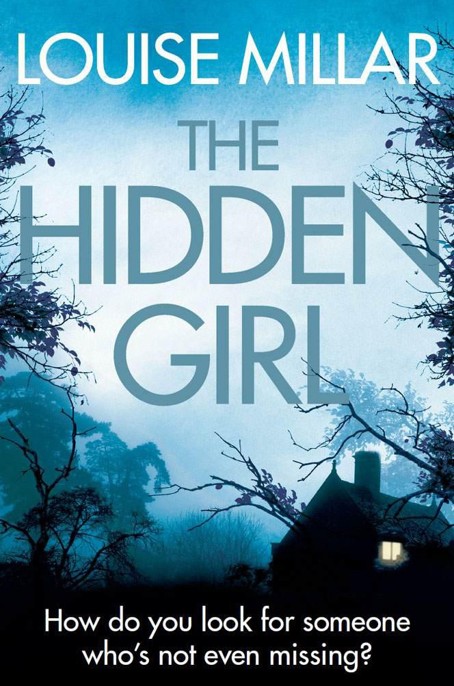 First published in the UK in 2014 by Macmillan

This electronic edition published 2014 by Macmillan
an imprint of Pan Macmillan, a division of Macmillan Publishers Limited

Associated companies throughout the world
www.panmacmillan.com

The right of Louise Millar to be identified as the author of this work has been asserted by her in accordance with the Copyright, Designs and Patents Act 1988.

Visit
www.panmacmillan.com
to read more about all our books and to buy them.

You will also find features, author interviews and news of any author events, and you can sign up for e-newsletters so that you’re always first to hear about our new releases.

For M.,
with all my love

They are on their way.

I can taste them in the air like sand in sea-wind.

Starlings flit, a handful of stones thrown at the sky.

A plane swims through the clouds towards Ipswich.

‘The apples fall down one by one

And with a crack they hit the ground

And with one chop, a head falls free

Under the rotten apple tree’

I lie on the floor and wait.

I stretch my arms above my head, and push my feet far away.

I try to push them all the way to China.

‘The apples fall down two by two

And roll under my leather shoe

And with one chop, a head falls free

Under the rotten apple tree’

If I could touch both sides of this room, I would be a giant.

I know what a giant would do.

A giant would wait till they came.

‘Where the hell are we?’

Will and Hannah’s car slammed to a halt at a crossroads, forcing the removal van to brake sharply behind them.

Hannah looked up from the map and peered ahead. No signposts, for the fifth time today. She made an apologetic gesture out the window to the driver, and ducked back before he could lock eyes with her.

‘Weren’t we here a minute ago?’ Will said, grabbing the map off her.

‘The driver looks like his head is going to blow off,’ she said.

‘Sod him.’ Will’s hair fell forward, obscuring his face, as he checked the map. ‘Why isn’t it on the satnav? What’s the point of having a fucking satnav if it doesn’t have tiny places on it?’

She said nothing. Instead she tried to spot landmarks to help him. It was difficult. The bare branches of the trees that lined this tiny sliver of Suffolk lane clasped in the middle like witches’ nails, blocking out much of the late-afternoon March light. It didn’t help, either, that through the gaps the land beyond was featureless. Flat mud, spreading aimlessly. She recalled their last visit, nearly six months ago. The sky had been chalk-blue. Heavy green boughs waving in the late-summer breeze. A pale golden shimmer across the fields.

How long was it again till summer? She counted the months.

Will tapped the dashboard. ‘Right, so we came left from Thurrup, right at Snadesdon and . . .’

Hannah kept her mouth shut. Half an hour ago, old, Childish Will had appeared. She would wait for Grown-up Will to return. She’d told Barbara about this tactic when they’d had to describe how they resolved their arguments. Barbara had declared herself ‘impressed’ by Hannah’s ‘strategy’.

Will threw the map back on her lap. ‘Let’s try right.’

‘Didn’t we do that last time?’

He banged the steering wheel. ‘What do you want me to do, Han?’

‘Just stop stressing out, and hurry up,’ she wanted to say, but didn’t.

This time, however, for no obvious reason, turning right and then left worked. Ten minutes and two more pin-narrow Suffolk lanes later, a faded sign saying ‘Tornley’ appeared out of the dusk, shortly before a terrace of three traditional pink cottages.

Will shot Hannah a conciliatory smile, but she was too excited to respond. This was it.

Bending forward, she tried to catch glimpses through the bare branches as Will took the last bend – although, if the countryside looked this different in winter, what on earth would the house look like?

A snatch of chimney appeared first, through bristles of hedge. Then a red-brick Victorian gable. And then it was rushing towards them: Tornley Hall, standing side-on to the road as if it had been abandoned for so long it had given up waiting for new owners and had turned away to stare wistfully at something in the distance.

Actually, it did look a bit different.

She tried to refocus her mind on a sight that was both familiar and unexpected. She realized, surprised, that the facade of the house had altered dramatically in her head during the long wait to exchange contracts since their last viewing: it had widened and softened and become more beautiful. The reality was thinner and taller. Shabbier, too. The windows were filthy from the long winter, and there was a rash of moss across the roof tiles, two of which were missing.

Quickly she reminded herself of the surveyor’s report. ‘Tornley Hall is a solid house in need of a lot of love.’ As long as it looked presentable to Barbara in two weeks’ time – or, more precisely, thirteen-and-a-half days – that’s all that mattered.

Will pulled over by the wooden five-bar gate.

The lane behind was empty.

‘Where are they?’ Hannah asked.

‘Probably stuck behind that lad in the tractor who pulled out after us.’

Will banged the steering wheel again, but more softly. ‘I used to know these fucking roads like the back of my hand . . .’

His Salford accent always returned when he was tired.
Fookin’ roads
. On days like these, being responsible and dependable in a crisis always seemed to drain every ounce of energy Will had. She knew a hug would revive him. So she did her best, and grasped his left hand in her lap.

‘Describe the back of your hand.’

Will made an unamused face at her, and she replaced his hand firmly on the wheel. To be sure it stayed there, she opened her door. ‘I’ll get the gate.’

‘Don’t go far. We might need your hostile-environment training when they get here.’

She held up her fists like a boxer, then jumped out, relieved. Grown-up Will was back, making jokes to ease the tension.

She shivered. It must be five degrees colder in Suffolk than it had been in London this morning. Hugging her coat to her, she peered over the gate. The garden was pretty unrecognizable, too. The grand oak trees that lined the driveway on their previous visits now appeared naked and undignified, as if someone had stolen their bath-towels. Their leaves lay long-discarded on the gravel in rotting heaps. Up ahead, the freshly trimmed side-lawn from last summer was a sea of weeds.

An acrid smell drifted into Hannah’s nostrils. Below her lay something tiny and dead, its guts claret-red and bursting out. A mouse or a bird. She kicked it into the bushes, then wiped her boot on the grass.

OK. Well, this was unexpected. She hadn’t even thought about the garden. Would two weeks be enough to get Tornley Hall ready, inside and out?

As she walked forward, the gate rebounded, trapping her hand.

The wood was swollen, and threaded with tiny cracks. Instead of sanding and fixing it, someone had clearly sloshed tarry black paint over it. Now it was warped. It no longer fitted the space between the posts.

There was a roar behind her and the removal van shot round the bend, coming to an abrupt halt, bumper-to-bumper with Will.

All of a sudden, Hannah’s own patience slipped. She had waited too long. The gate was one obstacle too many today.

She kicked the bottom, hard. The gate battered into the bushes. She waved both vehicles through, avoiding the van driver’s glare, then shut the gate and forced the latch down.

It was only as she went to walk up the driveway that she realized she was still standing in the road.

‘Han?’ a shout came. Will had got out of their car and was retrieving the keys his cousin Laurie had left under the plant pot by the front door. ‘What are you doing?’

A thought came to her from nowhere. Will looked ridiculous out here. In his red skinny T-shirt and jeans, his curly musician hair and leather wristband, he looked more like a member of an indie band on his way to Latitude Festival, not the owner of this big country house.