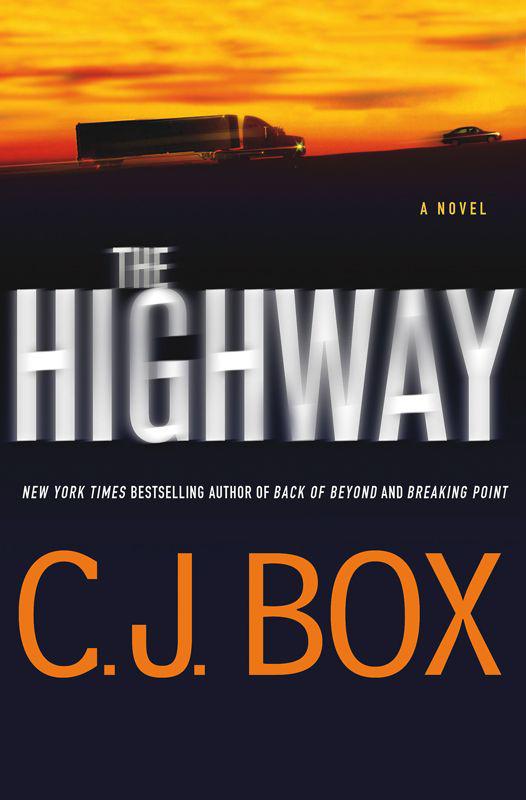 For my daughters, Molly, Becky, and Roxanne

Be self-controlled, be vigilant; because your adversary the devil, as a roaring lion, walketh about, seeking whom he may devour.

Two highways lay before me, which one will I choose Down one lane I’d find happiness and down the other I would lose

There is no one that I can trust, I must decide alone My decision is an awful one, which road will take me home

L
EWIS AND
C
LARK
County Montana Sheriff’s Department Investigator Cassandra Dewell winced when a pair of headlights broke over a rise onto a long treeless bench in the foothills of the Big Belt Mountains north of Helena. She was on the worst assignment of her nascent career, and she hoped it would be a failure. If she was successful, her partner—a dark legend, her mentor, named Cody Hoyt—would likely lose his job and go to prison.

When the headlights appeared she was eating from a small box of chocolate-covered cake donuts, playing that stupid game she played with herself. One every hour, just to “keep her energy up.” It had been three hours and the box of twelve was gone.

She was parked high on a windswept ridge. Her position gave her a sweeping view of the valley below, and a wide angle on the only two-track that led from the county road to the murder house. On the car seat next to the empty donut box was a departmental camera equipped with a telephoto night vision lens.

Cassie’s eyes burned with fatigue. She’d not seen her son in twelve hours and her mother was angry with her. But when she recognized the dark outline of the vehicle below as it switched off its lights and continued slowly down the road toward the house, she said, “Goddamn you, Cody.”

H
E DROVE
SLOWLY
in the dark, squinting over the wheel of his departmental Ford Expedition, trying to see the two-track road, but he mostly drove by feel. When the front tires began to drift out of the ruts he nudged the wheel and put them back. Although it was cold outside, in the low thirties, he kept his driver’s side window down. He could smell pine and sage and dust from his wheels. The sky was clear, filled with stars, and there was enough of a moon that the twin tracks of the road appeared pale and chalky.

On the seat next to him was a wrinkled paper sack filled with items that warmed his heart.

He was working late to plant evidence that, he hoped, would lead to the arrest and conviction of a reprobate named Brantley “B. G.” Myers. Planting evidence required stealth, skill, and planning. Cody was up for the job. In fact, it was one of his specialties.

The road was in the open on the bench. To his right, the terrain rose up and out of view. To his left it maintained a plateau for a mile or so and then sloped off into a massive swale. There was a small lake reflecting the starlight and moonlight in the basin of the swale. A rim of ice framed the open water along the banks of the lake. Ducks and geese covered the lake like errant punctuation. To the right of a road leading down to the lake was the dark low-slung rectangle of a rambling log home—the crime scene he was about to disturb.

Nestled in the trees on the top of the hill to his right, three-quarters of a mile away, were three cabins. Each was at least five hundred yards away from the other. The lights were on at all of them, yellow squares in the dark trees, and the occupants, if they were watching, could clearly see down the slope to the road he was on. He didn’t want them to know he was there. He didn’t want
anyone
to know he was there. Especially the sapphire miner named B. G. who owned the cabin on the far right and who had a telescope set up on a tripod at his picture window so he could spy on his neighbors below and keep track of vehicles on the remote county road.

B. G. had always rubbed Cody the wrong way. But more than that, B. G. was a killer. Cody glanced up in the general direction of B. G.’s cabin and sapphire mine, and whispered, “Fuck you, B. G.”

He slowed and hung his head out the driver’s-side window so he wouldn’t miss the turnoff to the log home down by the lake. He saw it a hundred feet ahead and made the turn without tapping his brakes and therefore flashing his brake lights. The SUV was in low gear and he kept it there, letting the torque of the engine propel him slowly down the slope. Sure, he’d leave tire tracks, but it didn’t concern him. After all, he’d been in and out of the place three times that day. When the home loomed in front of him he swung around it and parked in back out of view of the three mountain cabins.

Cody had taken his usual precautions to go off the grid. As he’d cleared town, he’d reached down under the dashboard and snapped a switch that killed the GPS locator unit the department used to keep track of their detectives, and the digital odometer. He’d installed the kill switch himself, breaking department regulations. And he’d not told Edna, the dispatcher, that he’d taken his vehicle out from his home, which was another breach. As far as she knew, he was relaxing in front of his big-screen or reading one of his books. He had maintained radio silence since he left town.

Cody had uncombed sandy hair streaked with silver-gray, a square jaw, high cheekbones, a broken nose, brown eyes flecked with gold, and a mouth that wouldn’t smile so much as twist into a smirk. He looked at himself in the rearview mirror. His eyes were clear now and had been for two damned years since he’d stopped drinking. They looked somewhat blank, even to him. Cody wasn’t completely sold on sobriety but he confessed that to no one. He wore jeans, cowboy boots, a loose long-sleeved fishing shirt, and a flocked Carhartt thermal vest. Under his untucked shirt was his .40 Sig Sauer, a set of handcuffs, and the seven-point gold sheriff’s department badge.

As he got out and dropped down to the frozen ground, he glanced up the slope to see if he could be seen from B. G.’s place. He couldn’t.

He reached inside the cab for the paper sack and clamped it under his arm.

B. G. wouldn’t do well at the state penitentiary in Deer Lodge, Cody thought. Once word got out among the population what kind of reprobate he was. Which made Cody smile.

E
VERYTHING ABOUT
C
ODY
H
OYT
was exasperating, Cassie thought as she peered through the binoculars. When he was at a crime scene he was methodical, detail-oriented, curious, and thorough. It was like he emerged from a cynical and disheveled shell with strangely clear eyes. But the rest of the time …

Cassie Dewell was thirty-four years old with short brown hair and large brown eyes. She was twenty pounds overweight and self-conscious about it. She was the kind of woman constantly described as “having a pretty face,” which left the rest to be surmised. She’d been paired with Cody two weeks before after Sheriff “Tub” Tubman fast-tracked her promotion as a response to a series of articles in the Helena
Independent Record
about the lack of diversity in the department. Cassie was well aware of the circumstances and she would have resented it if she didn’t need the job and increase in salary to support her son, her mother, and herself. That Tubman held the promotion over her was something she’d need to deal with when this assignment was over.

Cassie was a local Helena girl born and bred. Her late father was a long-haul truck driver and her mother—who described herself as a “free spirit”—was living with Cassie and her son. When Cassie had taken the promotion, Tubman had assured her she’d have plenty of time to be with her family. He’d lied.

That morning, inside the cabin below, they’d found the body of Roger Tokely, fifty-eight, slouched forward in a straight-back chair, head bent, as if examining something on the floor between his feet. His beer belly prevented the body from falling forward to the floor. He faced a big-screen television mounted on the eastern wall in front of him. His arms hung on either side of his body, palms out. He wore baggy gray sweatpants and a yellow T-shirt. His feet were bare and swelled grotesquely, the thick toes looking like stubby purple Vienna sausages.

Sly the Sleuth and the Food Mysteries by Donna Jo Napoli
Between Friends by Amos Oz
A Lesson Before Dying by Ernest J. Gaines
Harlequin Superromance November 2014 - Box Set 2 of 2: Christmas at the Cove\Navy Christmas\Until She Met Daniel by Rachel Brimble, Geri Krotow, Callie Endicott
Miss Peterson & The Colonel by Fenella J Miller
Taste (Sovereign Book 2) by Bj Harvey
Twenties Girl by Sophie Kinsella
Chet & Floyd vs. The Apocalypse: Volume 1 by Hunter, Justin
Spencerville by Nelson Demille
The Quiet Ones: A gripping psychological thriller by Betsy Reavley
Our partner