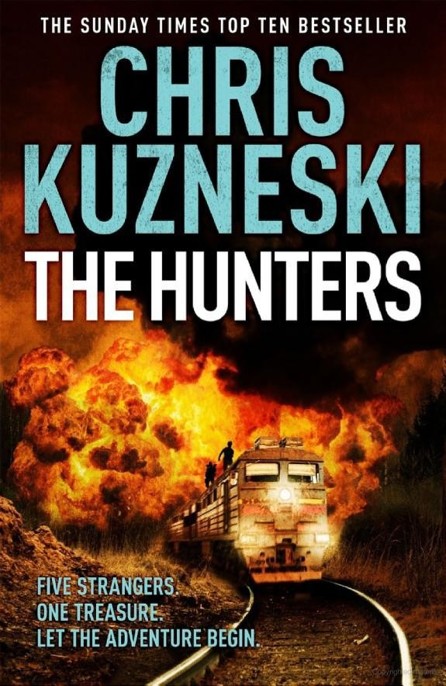 The right of Chris Kuzneski to be identified as the Author of the Work has been asserted by him in accordance with the Copyright, Designs and Patents Act 1988.

First published as an Ebook by HEADLINE PUBLISHING GROUP in 2013

Thanks For Your Help!

The Hunters: Financed by a billionaire philanthropist, this elite team - an ex-soldier, an historian, a computer whiz, a weapons expert, and a thief - is tasked with finding the world’s most legendary treasures.

The mission: Fearing a German victory in WWI, the Romanian government signed a deal with Russia to guarantee the safety of the country’s treasures. In 1916, two trains full of gold and the most precious possessions of the Romanian state - paintings, jewellery, and ancient artefacts - were sent to the underground vaults of the Kremlin. But in the turmoil of war, the treasure was scattered - and lost. Almost a century later, the haul is valued at over 3.5 billion dollars. Despite hundreds of attempts to find it, its location has remained a mystery … Until now.

Can the Hunters find the treasure and succeed where all others have failed?

Chris Kuzneski is the international bestselling author of numerous thrillers including SIGN OF THE CROSS and THE DEATH RELIC, featuring the series characters Payne and Jones. Chris’s thrillers have been translated into more than twenty languages and are sold in more than forty countries. Chris grew up in Pennsylvania but currently lives on the Gulf Coast of Florida. To learn more, please visit his website:
www.chriskuzneski.com

As always, I’d like to start things off by thanking my family. They have given me so much over the years, both as a writer and as a person. Thanks for putting up with me for so long. I
know
I can be a giant pain-in-the-butt. Then again, so can you! (It must be genetic.)

Next, I want to thank my friend and agent, Scott Miller. Before we teamed up, I was a self-published author, selling books out of the trunk of my car. Now my books are available around the world. I owe a lot of my success to him. I also want to thank Claire Roberts - my foreign agent, who landed my British deal and many more across the globe. It’s quite comforting to have Scott, Claire, and the rest of Trident Media in my corner.

Not only is
The Hunters
the first novel in a new series, but this is my first book with the Headline Publishing Group. They have gone out of their way to make me feel at home. In particular, I’d like to single out my editor, Vicki Mellor, for her suggestions and unwavering support. She helped this story come alive. I also want to thank Jane Morpeth, Martin Fletcher, Frankie Gray, Anna Bowen, Anna Hogarty, and everyone else at Headline/Hachette.

Next up is my longtime friend Ian Harper. I want to thank him for reading, rereading, and then re-rereading everything, and for answering my late-night phone calls and emails. His advice and expertise are truly invaluable. If anyone’s looking for a freelance editor, please let me know. I’d be happy to put you in touch with him.

Lastly, I’d like to thank all the readers, librarians, booksellers, and critics who have read my thrillers and have recommended them to others. At this stage of my career I still need all the help I can get, so I would appreciate your continued support.

Whew! I think that just about covers it.

Without further ado, please sit back, relax, and let me tell you a story … 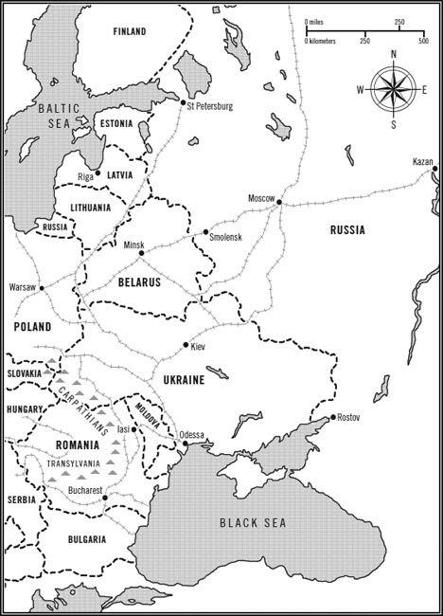 The biggest theft in modern history didn’t occur at a bank. It happened in a train station in the dead of night, under the watchful gaze of armed soldiers.

Amazingly, no one knew it was a robbery until years later.

And by then, the treasure had been stolen again.

It was miserably cold as Bela Dobrev left the three-story building where he and his wife lived in a small, second-floor apartment. The streets were empty at this late hour, and the wind from the northeast carried the damp, dreadful smell of the Prut River. He pulled his new wool scarf higher on his face, over his full mustache to the bridge of his nose. He was grateful his wife had given him this Christmas gift early. The winter was unforgiving, the odors of sewage even worse. At least in the summer the winds tended to blow from the south.

From the moment he started out for his evening shift, he walked with his eyes downcast to protect them from the incessant wind. He did not have to look up to walk the three blocks to the sprawling station. He had worked there for over forty years, since the proud, palatial structure had opened in 1870. He knew the cobbled roadways stone by stone. He remembered when a carthorse had stumbled and broken this one, when an axe had fallen from a laborer’s backpack and cracked that one. He remembered it all.

A block from the station, Dobrev smiled beneath the scarf, the bristles of his mustache prickling his upper lip. It was then that he always smelled the first, faint scent of the lubricants used to oil the trains. Crawling under the big locomotives to apply grease to the wheel hubs had been his first job here. That scent invariably took him back to a more innocent era. They were good times, when cities were being united by rail and each new arrival brought a sense of wonder, not dread. When the new year had brought hope and happy reflection, rather than fear of invading armies and the ghastly horrors of war.

Dobrev’s gloved hands held the collar of his worn overcoat to his throat. His newly mended socks kept his heels warm, though his toes were starting to tingle from the cold. He quickened his pace, his eyes narrowing as he heard unfamiliar sounds coming from the tracks. He was accustomed to the clatter of unwieldy crates, to heavy machinery being loaded onto flatbeds by screeching mobile cranes, to the clomping of hooves as horses pulled baggage carts. But he had never heard so many sounds, so much activity, especially this late at night. His mind spun at the thought of the wages the stationmaster would have to pay - but for what?

He looked up and saw rows of canvas-backed military trucks parked nose-in along the platform. That was not unusual: troops in their light-gray uniforms came and went from Ia
s
i, heading to the frontier. In the late summer they came from Bucharest, but the city was now in German hands. More and more they were returning to Ia
s
i from combat, along with crowds of refugees fleeing typhus outbreaks. These months since Romania had joined the war were the only time in Dobrev’s married life that he and his wife were glad his only child had moved away. The sorrow in the homes of his neighbors was difficult enough to witness.

Erixitl de Palul by Douglas Niles
Another Life by Michael Korda
Undertow by Joanna Nadin
Morality for Beautiful Girls by Smith, Alexander Mccall
The Spectral Book of Horror Stories by Mark Morris (Editor)
Bigger Than the Sky (Serenity Point) by Harper Bentley
Red Hook by Gabriel Cohen
The Human Comedy by Honore de Balzac
One Night in Bangkok (Passport to Passion #1) by Rhian Cahill
The Beginning of Everything by Robyn Schneider
Our partner