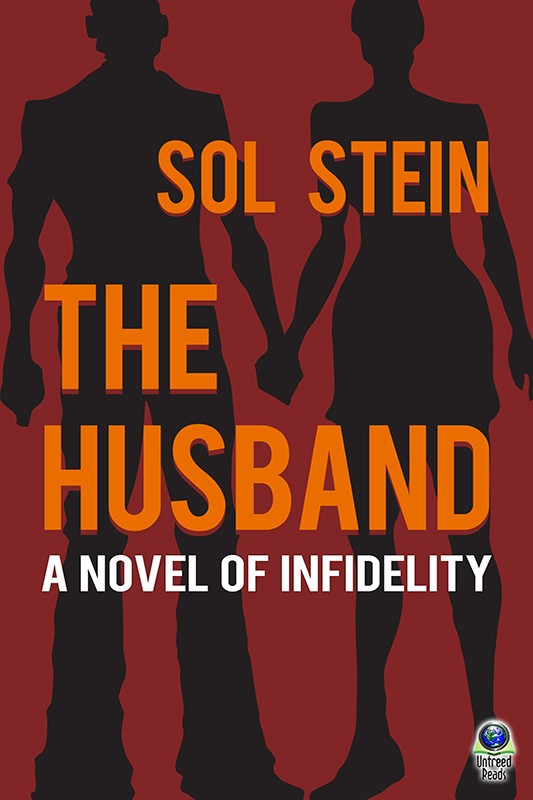 The office was folding up early. Secretarial desks were cleared, typewriters covered, and the girls were lining up in front of the mirrors in the john to pretty themselves. Account executives, eyes on the clock, were returning client calls and keeping them short. Copywriters and artists had stopped being creative at four o’clock. It was now four thirty, and the only clerical employees of the agency not caught up in the frenetic preparty activity were the two girls manning the Dale, Bowne, and Armstrong switchboard, which they would continue to do until one minute to five, when they’d pull the plugs and connect the night lines, though nobody would be around to answer them. Everybody in the agency, all one hundred and thirty-four employees, were invited to the party at the Biltmore in honor of Old Alex Ragdale, who had reached his sixty-fifth birthday and was being made to walk the plank.

The agency occupied one floor and part of another in one of the skyscrapers in the Grand Central area. The main floor had four corner offices, the plushest for Paul Dale, who owned a controlling interest in the firm and was the only name partner. Legend had it that of the original Dale, Bowne, and Armstrong, Bowne had shot Armstrong over Bowne’s wife and had drawn a life sentence. Actually, Bowne and Armstrong are both Dale family names which Paul used to make his fledgling agency sound bigger than it was when he returned from the war and decided to strike out on his own.

The second corner office belonged to Tony Cavallo, the brilliant art director, a very small, wiry, fiery little fellow who hated the big office and actually kept his drawing table facing a blank wall and never used the magnificent desk Paul Dale had provided him with except for interviewing job applicants, a duty he hated and would have gladly forgone if the personnel director had had any gift for judging artists.

The third corner office belonged to Peter Carmody, creative director of the agency, who actually would have occupied the second office except for the fact that he and Paul both felt that their offices should be geographically as far apart as possible.

Paul Dale kept the fourth corner office empty on purpose. His comptroller felt that it was a waste of rent money to keep it vacant, but Paul knew what he was doing: that empty corner office, carpeted wall to wall, was the honey pot that kept the younger executives outworking each other.

Peter Carmody called the fourth office Paul’s cheap incentive plan. Peter was one of those ageless men who cause comment at long-term school reunions because everybody else has gotten gray or fat or middle-aged in a conspicuous way and Peter somehow continued to look like a slightly older version of the fellow they had known at school. He was just over six feet tall, big-boned, bushy, brown-haired with a bit of a wave in front, pleasant-looking when he smiled, with articulate hands. He wore eyeglasses, but they were in his hands more often than on his eyes; he used them for making a point, for studying when embarrassed or bored, for gesturing at sketches, a kind of baton or ruler or wand. He kept one pair with him, a second in his desk, and a third at home. He’d sooner be caught without a pair of eyeglasses as without one of his hands.

Peter was the only man in the agency who wore a sport jacket and slacks to work, and in wintertime a sweater under the jacket. It was a sign of his easy self-confidence. The careful fellows who wore the latest fashions neatly pressed were unsure how much their talents were needed by the agency. Peter knew. Dale, Bowne, and Armstrong was known not only on Madison Avenue, but in Chicago and L.A. and Houston as very smart, and it had gotten that reputation because of Peter’s gift for coming up with campaigns that didn’t sell themselves but the product.

When Peter joined the agency nearly ten years earlier, Dale, Bowne, and Armstrong had as many names in its title as it had accounts—three, and none of them big. There were fewer than a dozen employees, counting Paul Dale and the mail boy. Paul felt as if he were running a retail store and desperately wanted a breakthrough. He consulted a head-hunting firm that found Peter Carmody for him; he had to pay Peter very nearly what he paid himself and give him a piece of the action to entice him. Peter was barely thirty at the time and hot.

Within six months Dale, Bowne, and Armstrong was making the columns regularly, adding clients as fast as they could build staff to service them. Peter’s work attracted companies who could measure their sales in relation to advertising campaigns and who then stuck with them in a fickle industry. In the years since, Peter had developed at least four copywriters who, he claimed, could do anything he could do, but nobody believed that, including the copywriters.

A quick glance at his watch told Peter it was almost five. Time to go. He was just coming around the corner of his desk when Elizabeth Kilter came into the room and shut the door behind her.

He looked at her face, green eyes, black hair, then at her figure in the deep green dress, then back at her face.

Most young girls, the secretaries around the shop, for instance, looked soft. Most female executives he had met looked hard. Elizabeth Kilter was an exception; she looked softer than any youngster of nineteen. She was Tony Cavallo’s most senior artist. She made a lot of money for a girl. She wasn’t a girl, he corrected himself. She was a woman.

Involuntarily Peter’s eyes strayed to the family picture at the corner of his desk—Rose and the two children. Rose had been a beautiful girl, now was a beautiful girl getting older. Elizabeth, he had discovered in the last four months, was a woman. It had taken him very nearly to age forty to learn the difference.

“I just stopped in Alex’s office,” Elizabeth said. “You going to the wake?”

“Paul says I have to make a speech.”

“What are you going to say?”

“I don’t know yet.” His hopes rose. “Want to walk over to the Biltmore with me?”

“I’m not going. I said good-bye to Alex in his office.”

“It’ll be an awfully lonely party for me if you don’t come.”

“I can’t think of it as a party. Alex looks awful. What’s he going to do with the rest of his life?”

“Screw company policy,” said Elizabeth, and she was out the door, gone.

Peter, shaken, walked out around the edge of the bullpen, past several offices, including Alex’s, glad to see a bevy of glad-handers around Alex because he didn’t want to talk to him just yet, and went the whole long way around two sides of the building until he was at Paul’s open door.

“Come on in,” hailed Paul. “Just getting ready to go over. Susan”—he jabbed a thumb out the door—“is closing up and goosing the stragglers over.”

Peter made sure he was close enough so he couldn’t be overheard by anyone outside. “What’s going to happen to him?”

“His grandchildren live in California.”

“Maybe he’ll move to California. What’s this all about?”

“Alex and Martha have lived in Mamaroneck all their lives. Their friends are all there.”

“All he knows is advertising.”

Paul was right. Old Alex Ragdale, the first male employee of the firm to reach the mandatory retirement age, was the kind of account executive you trusted with a secure account, who could take clients to lunch or dinner, talk about their grandchildren as well as his own, describe a campaign devised by somebody else, keep the client posted. He couldn’t make an ad, or get a new account, or keep an account that was in trouble.

Together they headed for the elevators, where a group of dolled-up typists and executive trainees shushed up the second the boss was in sight, and they all descended to the street in unreal quietness. The Biltmore was just a few blocks away.

Paul marched rather than walked, glancing sightlessly at passersby as if he were a colonel inspecting troops.

“How long do you want me to talk?” said Peter.

“Well, I’ll say a few things officially and give him his present. I suppose Old Alex’ll say a word or two, and then you can wax eloquent about his contribution to the firm.”

“You said that with a straight face.”

“Alex is reliable. You don’t see much of that in the young job hoppers.”

“Peter, you just can’t set a policy and then break it when the first employee reaches sixty-five.”

Peter was tempted to say, “Yes, Colonel.” He said nothing as they went through the revolving doors into the Biltmore.

They had rented several adjoining parlor rooms, where the partitions could be folded back to make a room large enough to accommodate one hundred thirty-four employees minus Elizabeth Kilter and plus Mrs. Ragdale, the only spouse invited to the affair. Within a short time the cloud of cigarette smoke, not all of which managed to rise, plus the senseless chitter-chatter and clinking of glasses, made Peter want to run for cover rather than circulate. He hated cocktail parties, but he had a duty to do. He watched several of the billing clerks getting the seventeen-year-old handsome Puerto Rican mailroom boy, unused to drinking, drunk. He watched the pairing off of some of the singles, in preparation for whatever was to come afterward. Finally he summoned his courage and went over to the Ragdales, insinuated himself among the well-wishers, pumped Alex’s hand.

Old Alex Ragdale, as he was known since his retirement party was announced, was a short man, which meant that he had long ago lost the battle against a paunch, what with the constant lunching and dinnering and keeping up with the clients’ cocktails. His hair was white, not gray. His full face had a constant blush from broken capillaries in the cheeks, and his sideburns looked as if they should have grown into mutton chops. Peter liked him. The man had done his duty for the firm and in turn had drawn his pay. But his work was such that he could be easily replaced by someone younger, at less pay, and he would soon be completely forgotten.

Out of the Depths by Valerie Hansen
Golden Daughter by Anne Elisabeth Stengl
Going Viral by Andrew Puckett
Expiration Date by Duane Swierczynski
El mundo by Juan José Millás
Kissing Sin by Keri Arthur
Bad Behavior: Stories by Mary Gaitskill
NanoStrike by Barber, Pete
10 Ways to Steal Your Lover by Dee Tenorio
Catch Me When I Fall by Vicki Leigh
Our partner