The Imaginary Lives of Mechanical Men 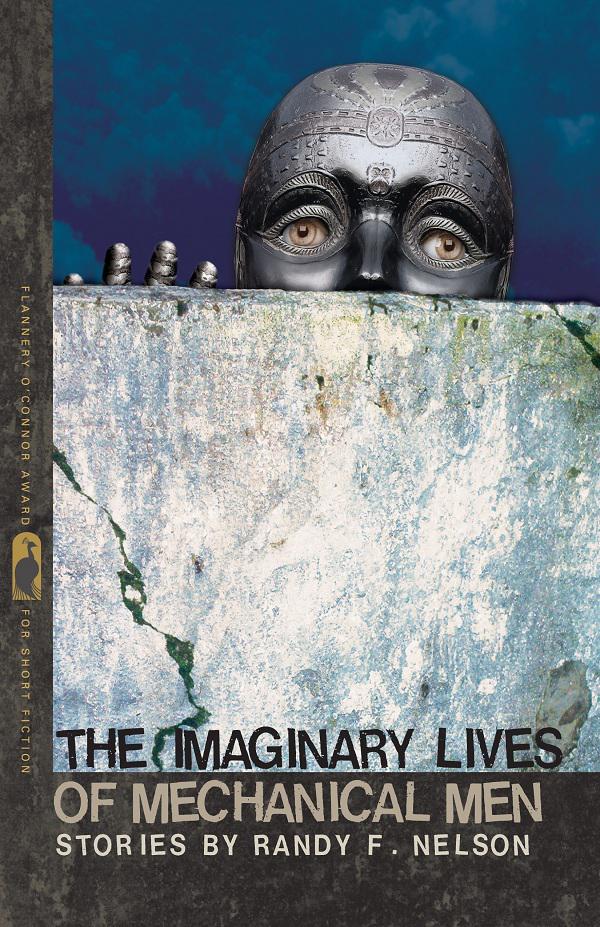 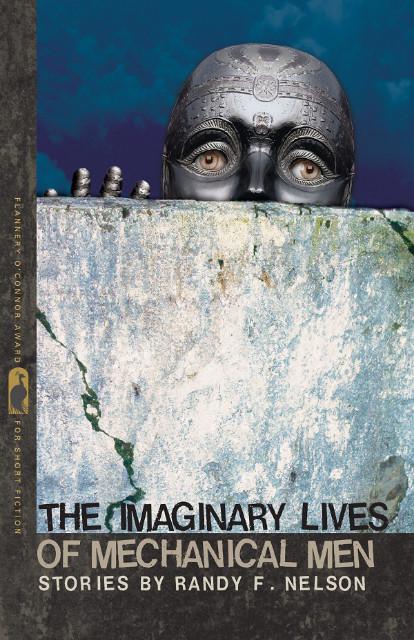 Winner of the Flannery O’Connor Award for Short Fiction

Published by the University of Georgia Press

Printed and bound by Thomson-Shore

They Have Replaceable Valves and Filters

Here’s a Shot of Us at the Grand Canyon

The Ticking and Tocking of Their Hearts

In the Picking Room

One Who Got Away

The author and the publisher gratefully acknowledge the journals in which many of the stories in this collection first appeared: “Abduction” in
North American Review
; “Breaker” in
Glimmer Train
; “The Cave” in
Crazyhorse
; “Cutters” in
Story
; “Escape” in
Georgia Review
; “Food Is Fuel” in
Seattle Review
; “The Guardian” in
Gettysburg Review
; “Here’s a Shot of Us at the Grand Canyon” in
Kenyon Review
; “In the Picking Room” in
Portland Review
; “Pulp Life” in
Northwest Review
; “Refiner’s Fire” in
Southern Review
; “River Story” in
Descant
. The quotation from
The Iliad
in “Refiner’s Fire” is from Robert Fagles’s translation published by Penguin Classics in 1991.

For the language, lore, history, and procedures of shipbreaking, I am indebted to articles and images by William Langewiesche (“The Shipbreakers,”
Atlantic
, August 2000) and Edward Burtynsky (
www.cowlesgallery.com
). For help at all stages of research, I am grateful to the librarians of E. H. Little Library. Thanks also to Alice Tasman of the Jean V. Naggar Literary Agency and especially to Susan Nelson for her continuing assurance and inspiration.

For every death or serious injury within the compound itself, I write an incident report. This is partly for insurance purposes, partly to establish a database, but mostly to keep outside funds flowing into the Center. After I’ve written the report, I have it certified by a private investigator then notarized over my signature, with copies getting sent to the funding agencies, individual project directors, and on down through the bureaucracy. It’s the way science is done now. Of course if there were more than one death in a relatively short time, then I wouldn’t want to use the same investigator twice, would I? It might look like a pattern.

Which is why I called Peggy over at Harris, Helms, and Stillman. She made it sound like she was fronting for a law firm. So it took a while to establish that Stillman wasn’t in the office.

“A friend. Just mention my name.”

“And what should I tell him it’s about?”

“Say it’s about the death of a very important chimpanzee.”

“What else can I tell you? I lie for a living.”

So the next morning I laid out Janie’s meds, helped the home nurse move her up in the bed, and kissed her good-bye as though it were the last time. Just like every morning. Then drove through one of those
winter rains that can’t seem to rinse the grime off our streets. Potholes overflowing like toilets, and trucks slinging muck over your windshield. Every few blocks I seemed to pass some homeless guy throwing off steam like he’d been boiled for three days. Then a strip mall closed up like an armadillo. Even Stillman’s office looked like a burger joint that had failed in the eighties. He was standing out front watching a woman yank her kid toward the bus stop. And I blew the horn just to see if he’d flinch.

He’d always been precise in his movements, like one of those mechanical toys in
Blade Runner
, so I’m not sure what I expected. Maybe for him to rotate his head and look down like I was vermin. Anyhow, he was uncanny enough. There was the scar that you wouldn’t notice unless you looked, running from hairline to neck, and the animatronic eyes that you see in deaf people. I wondered if he still had hearing in one ear. He gave the black overcoat a shake and slipped into the front seat beside me. Then I swung a left and headed back into the traffic. It was a minute or two before he spoke. I guess he needed to warm up.

Finally he brought me up to date by saying “Nice weather,” dropping the
r
and losing the sibilance altogether. It sounded like
nigh weatha
. So, yeah, I felt great about the horn thing.

“Doing okay. How about you?”

And that’s the way we handled it until the years melted away. It took a while. Stillman barely moved his lips, like he was afraid of making a mistake, and maybe I overarticulated a little. But by the time we’d got to the city limits, he felt comfortable enough to say, “How come you talk like a fruit?”

“I enunciate. I’m on
TV
a lot. How come you’re wearing the same coat?”

“Because the disability check sucks.”

“So you do lie. Look, I can still hear if that’s what you want to know, 70 percent out of the right ear. I don’t use a hearing aid. And I can read your damn mind if I watch your face while you’re talking. So I thought we ought to get that part out of the way. In case you were wondering.”

“This place got a real name?”

“The Jervis Center. We’re about twenty minutes out.”

“The Jervis Center for Primate Research. Except the subject of your report is a chimpanzee, named Greta, who was maybe thirty times smarter than any human you know.”

“Yeah, well, maybe I ought to get this out of the way too. I don’t do insurance fraud.”

“It’s more complicated than that.”

“I get to ask any questions?”

“After we get there and I introduce you around, you can go anywhere you want, ask anything you want. As long as you finish in twenty-three hours and fifty-five minutes.”

“Somebody in a hurry?”

“Everybody I know’s in a hurry.”

He didn’t have a comeback for that because he’d been a cop for eighteen years. He already knew. For a few minutes he watched the windshield wipers and the rain snakes crawling on the side window. Then he finally got around to it. “Look. I heard about Janie a few months ago. Sorry.”

“She’s in one of those, you know, hospital places?”

“Is that your first question? Or are we just killing time?”

I drove us past the protesters in the parking lot and over to the medical wing, where I introduced Stillman to Katharine Woodruff, head of neurology. She was one of the brain busters who made the chimps do arithmetic so they’d develop ulcers and we could thus better understand humanity. Or something like that. Like every vice president I’ve ever met, she had Stillman’s hand before I’d even mentioned his name. He passed her one of his business cards. She slipped it into a folder. He took in the windows, the vaulted ceiling, and the vast, empty spaces of her office like it was his first visit to the cathedral. Which it probably was. And she gave him a moment to look around. It was touching. I could see Stillman trying not to be impressed, trying to be the cop he used to be. Running his knuckles over the top of her desk, like he might be planning to land a helicopter on it. So she gave him a second or two and then said, “Mr. Levin here has explained the protocol?”

“Yeah, I guess. I’m just a little unclear why you need somebody like me.”

As he spoke, Katharine focused on his face, attempting to read beneath Stillman’s surface. She found the scar and had to prevent herself from touching it.

Hamlet's BlackBerry by William Powers
Tales of London's Docklands by Henry T Bradford
Meet Me by Boone, Azure
The Queen of Water by Laura Resau
The Harlot Countess by Joanna Shupe
Finding You (By You #3) by Kelly Harper
Shades of Surrender by Lynne Gentry
Espada de reyes by Nancy V. Berberick
Five Golden Rings (Facets of Passion) by Kennedy, Jeffe
Tipping Point: The War With China - the First Salvo (Dan Lenson Novels) by David Poyer
Our partner