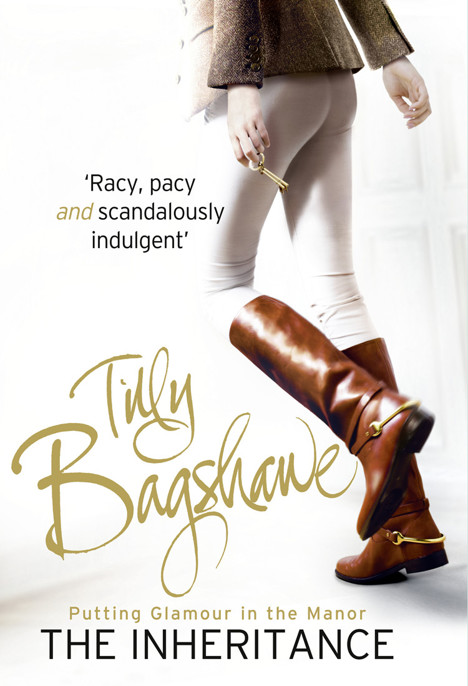 Tilly Bagshawe asserts the moral right to be identified as the author of this work.

For Sarah and Kris Glynn 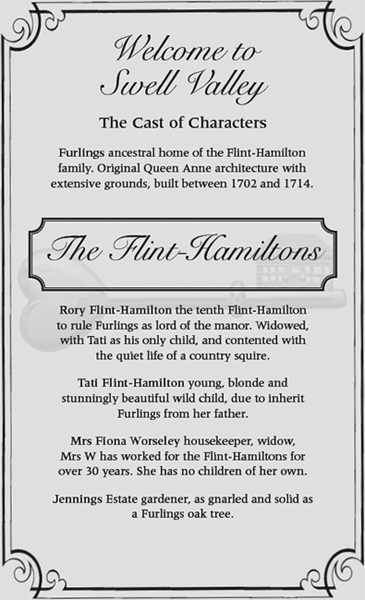 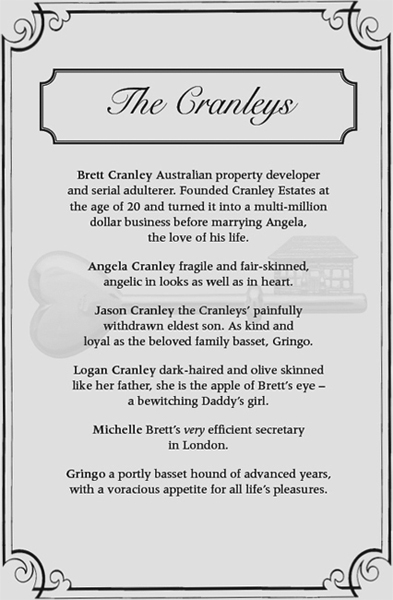 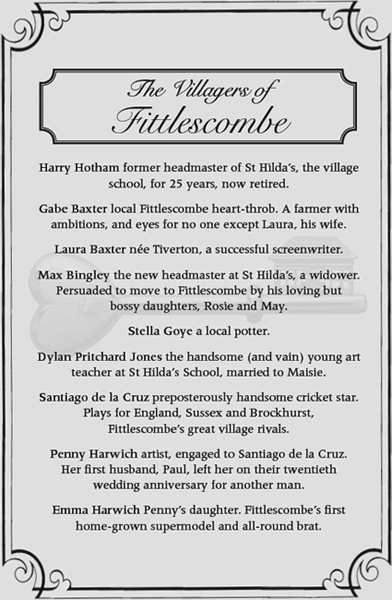 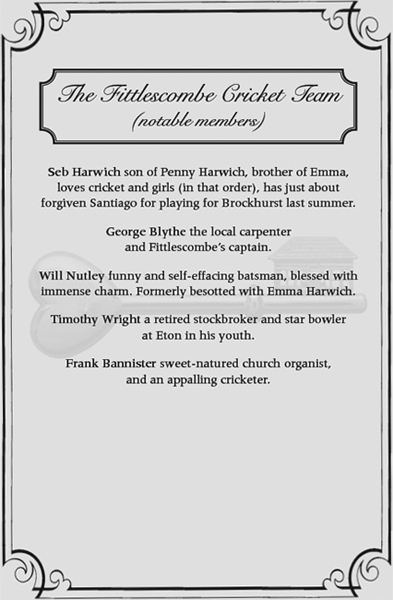 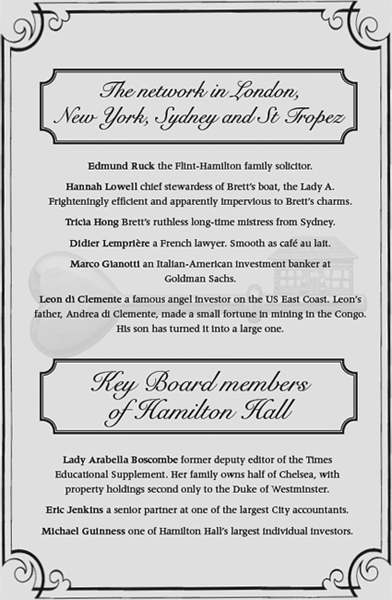 Part One: The Usurpers

Dawn broke late over the Swell Valley. The May sun rose sleepily into a cloudless sky, streaking it first red, then pink, then a gorgeous, deep, burnished orange, like melted rose gold. Bathed in this magical light, Furlings House shimmered above the village of Fittlescombe, tranquil and magnificent. The family seat of the Flint-Hamiltons for over three hundred years, Furlings was frequently referred to as the most beautiful estate in Sussex, if not the whole of England. Certainly it lived up to that accolade this morning, a study in Georgian splendour, with nothing to puncture the peace of its rolling parkland and idyllic views except the occasional whinny of a pony in the top fields, or plaintive bleat of a lost lamb somewhere on the Downs.

A loudly slamming door sent a slumbering heron soaring into the air above the river.

Each word was screamed at deafening volume. It was a woman’s voice, delivered in a cut-glass accent, and it was followed seconds later by the woman herself, crunching over the gravel. She was striking for two reasons. The first was that she was young, blonde and stunningly beautiful. And the second was that she was stark naked (unless one counted the pair of Wellington boots she’d slipped on as she exited the kitchen; or the heavy, cast-iron frying pan she was brandishing menacingly above her head, like a Zulu warrior with a machete).

‘For God’s sake, Tatiana, calm down. You’ll wake up half the village.’

Her intended victim, a much older man with dishevelled salt-and-pepper hair, was half running, half limping towards his car. Barefoot, he’d only managed to partially dress himself before the Amazon had beaten him out of doors. In an unbuttoned evening shirt, with his suit trousers slipping repeatedly towards his knees, he cut a pathetic, cowering figure. Only the keenest of political observers would have recognized him as Sir Malcom Turnbull, Secretary of State for Trade & Industry, married father of three and tireless champion of family values.

‘You think I give a flying fuck about the village?’ the girl hissed at him like a snake. ‘I’m Tatiana Flint-Hamilton. I
own
this village. Besides, why shouldn’t people know what a lying, cheating scumbag you really are?’

Sir Malcom had only just managed to scramble into his Porsche when Tatiana caught up with him. Lifting the frying pan high above her head, she brought it down with a deafening
thwack
on the car’s roof, leaving a dent the size of a small meteor strike and missing the minister’s skull by inches.

‘Jesus
Christ.
’ Shaking, Sir Malcom rammed the key in the ignition and turned it, but the bloody thing was jammed. ‘Have you lost your mind?’ he stammered. ‘You knew I had a wife.’

‘Yes. And you told me you were going to leave her! At least twenty times.’

‘My dear girl, I will. But it’s not that simple. Henrietta’s terribly fragile at the moment. And Nick’s got his GCSEs this summer …’

‘Spare me.’ Tatiana Flint-Hamilton lifted the pan again, like a shot-putter about to let rip.

‘No! Please. Perhaps after the next election …’ Sir Malcom spluttered.

‘The next election?’ Tatiana laughed out loud. ‘That’s years away. What about the money?’

‘The money I need to fight for my inheritance. The money you promised me, along with using your influence in the High Court. That was all bullshit too, wasn’t it? You treacherous snake!’

At last the Porsche’s engine roared into life and the panicked minister sped away. Thank God it was still early and Furlings was so remote.
Just imagine if I’d taken her to the London flat. The paparazzi would have seen us for sure.
Sir Malcom Turnbull shuddered at what might have been.

Tatiana Flint-Hamilton was an incredibly beautiful, sexy girl, but the tabloids were right when they referred to her as a ‘wild child’.

Forget ‘tigress’. The young lady was a velociraptor.

The minister wasn’t a religious man but as he drove away he prayed fervently that he never saw Tatiana Flint-Hamilton again.

Tatiana stood and watched as the battered Porsche disappeared into the distance.

Like my future. Like my house. All of it’s disappearing
, she thought morosely. But she quickly pulled herself together.

What a bloody cliché to drive a red sports car in your fifties, anyway?

A cool dawn breeze made her shiver. Tatiana looked down at her own nakedness, and the frying pan hanging limply from her hand, and laughed. All of a sudden a pair of knickers, or even a dressing gown, had a certain appeal. Come to think of it, so did a bacon sandwich. The combination of sex and rage had made her ravenous.

Striding back into the kitchen, she pulled a Barbour jacket off a peg by the door and wrapped it round her. Opening the fridge to look for bacon, she discovered there wasn’t any, so poured herself an ice-cold vodka instead and wandered through to the drawing room, taking the bottle with her.