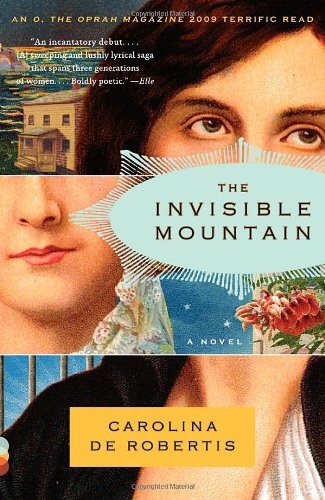 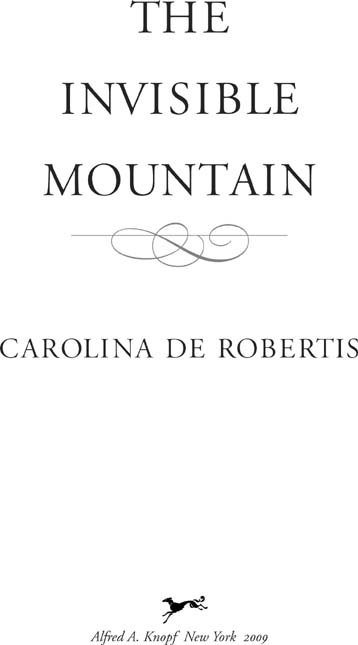 Tonita and Pamela,
this book is for you

But you, why do you return to so much woe? Why do you not climb the delectable mountain, the source and cause of every happiness?

Uno
The Girl Who Appeared in a Tree

Cuatro
The Art of Making Oneself Anew

Seis
The World Is Pushed by Many Hands

Nueve
Soft Tongues by the Millions

W
hen Salomé finally wrote to her daughter—by then a young woman, a stranger, thousands of miles away—she said
everything that disappears is somewhere
, as if physics could turn back time and save them both. It was a maxim she’d learned in school: energy is neither lost nor created. Nothing truly goes away. People are energy too, and when you cannot see them they’ve just changed places, or changed forms, or sometimes both. There is the exception of black holes, which swallow things without leaving even the slightest trace, but Salomé let her pen keep moving as if they did not exist.

Her skirts were wet and clung to her legs and her pen moved and moved without her hand seeming to push it, forming the spires and spikes and loops of cursive words, sharp
t’s
and
j
’s,
y’s
and
g’s
with knots at their base as though to tie themselves together, tie women back together, and as she wrote the loops grew large, as if more rope were needed to bind what had blown apart inside her, and not only inside her but around her, and before her, in her mother’s days, her grandmother’s days, the hordes of stories Salomé had not lived through but that came to her as stories do—copiously, uninvited, sometimes in an easy sprawl, sometimes with a force that could drown you or spit you up to heaven. Other stories had never come; they went untold. They left hollow silence in their place. But if it was true that everything that disappeared was somewhere, then even those still breathed and glittered, somewhere, in the hidden corners of the world.

The first day of a century is never like other days, and less so in Tacuarembó, Uruguay, a speck of a town, known for starting centuries with some peculiar miracle or another. And so the townspeople were primed that morning, ready, curious, tingling, some drunk, some praying, some drinking more, some stealing gropes under bushes, some leaning into saddles, some filling gourds of
mate
, evading sleep, peering at the slate of a new century.

A century before, in 1800, when Uruguay was not yet a country but just a slice of colonial land, huge baskets of purple berries had appeared at the altar of the church. They came from nowhere, succulent and perfectly ripe, enough to feed the town twice over. An altarboy called Robustiano had watched the priest open the door to find the gift sweltering under Christ’s feet. For years Robustiano would describe the priest’s face when he saw those berries sweating in the stained-glass sun, three baskets as wide as two men’s chests, the fragrance rising to intoxicate God. Robustiano spent the rest of the day, and the rest of his life, describing the way it happened. “He just turned white, white as paper, then he went pink, and his eyes rolled into his head, and—
páfate
—he collapsed onto the ground! I ran over and shook him, calling,
Padre, Padre
, but he was like a rock.” Years later, he would add, “It was the smell that was too much for him. You know. Like the smell of a woman who’s been satisfied.
El pobre padre
. All those nights alone—he couldn’t take it, those berries hot from the sun, in his church, too much for a priest.”

Women, gauchos, and children came to feast on the berries. The pews were not accustomed to such a crowd. The berries were small and bulbous, ripe and tart, different from anything that had been seen growing in these lands. As the town lay down for a digestive siesta, an octogenarian stepped up to the altar and told the tale she’d heard in her youth, of the miracles that came to Tacuarembó on the first day of each century. “I’m telling you,” she said, “this is our miracle.” Her bearded chin was stained with convincing purple juice. Miracles are miracles, she said; they come unannounced and unexplained and have no guarantee of giving you what you want; and yet you take them; they are the hidden
bones of ordinary life. She told them the story of New Year’s Day one hundred years prior, in 1700, exactly as it had been told to her, and no one had a decent reason to doubt this: on that very day, songs in the old native Tupí-Guaraní language had haunted the air, from one sunrise to the next. Though most
tacuaremboenses
had native blood mixed in their veins, even back then many had lost the tongue. But still, the sounds were unmistakable: the guttural clips, the lilt like a stream shocked by stones. Everyone could hear them but no one could find the singers; the music rode, disembodied, potent, broken, on the wind.

Pajarita heard all these stories as a little girl—the berries, the songs, the purple-skinned woman. She had no idea what Guaraní sounded like. All she heard at home was the Spanish of Tacuarembó, the hum of fire, the staccato of knife through onion, the low rustle of her aunt Tita’s skirt, the bright lament of her brother’s battered guitar, the crows outside, the hooves of horses, the chickens quibbling, her brother berating the chickens, Tía Tita’s constant fold and clean and stir and cut and sweep and pour. Tía Tita barely spoke a word, except when she told stories, and then she was unstoppable, exhaustive, demanding of uncompromised attention. She told them as she cooked. They purled and flowed and rushed from her, spilling everywhere, filling their one-room hut with fluid spectres of the dead.

“You have to know,” she’d say, “why your brother is called Artigas,” and this was Pajarita’s signal to come and cut beef for the stew. She knew the contours of the story just as she knew the knife’s shape before she grasped it. She nodded and came and stretched her ears so wide they felt like the openings of wells.

“He’s named after your great-grandfather. I know some don’t believe it, but José Gervasio Artigas, the great liberator of Uruguay, is my grandfather—it’s true. Yes, he led the fight for independence, with gauchos and Indians and freed slaves. Everyone knows he did that and next time I’ll tell the story. But he also sowed his seed in the belly of a gaucho’s daughter with hair down to her knees. Analidia. She made the best blood sausages this side of the Río Negro. She was fourteen. No one will believe you, but you can’t let that matter, you have to be relentless to keep history alive.
Mira
, Pajarita, cut the meat a bit smaller. Like this.”

She watched Pajarita until she was satisfied, then bent over the cooking
pit and stirred the coals. The raven-haired girl holding blood sausages hovered behind her, translucent, wide-eyed, palms opening and closing on the meat.

“Pues
, that José Gervasio, he spent one night in 1820 sweating on fresh hides with Analidia, right before he was defeated by the Brazilians. He fled to the Paraguayan forest and was never seen again. Analidia gave birth to a perfect baby girl. Esperanza. My mother. Remember her name? She was stronger than a bull in a stampede. When she grew up she fell in love with El Facón, that crazy gaucho, your grandfather. He was born Ricardo Torres but it didn’t take him long to earn his real name. Nobody wields the
facón
knife like he did. I’d like to see the angels try.”

Pajarita, chopping, chopping, saw her grandfather, El Facón, as a young gaucho, holding his own
facón
up to the sky, blade glinting, dripping fresh red bull blood to the ground.

“In those early days, before your father and I came along, El Facón was famous for his sweet voice, touchy temper, and deadly aim. He roamed the land freely with his
facón
and his
bolas
and lasso and he chased down cattle and took their flesh and hides south to the ports. He brought home gifts for Esperanza, jewels from India and Rome, fresh from exotic ships, but she didn’t care much about them. They piled up in the corner of their hut. She wanted him next to her, more than anything, and so she suffered. When I was born she was alone. She made herself sick reading the leaves of her ombú and ceibo tea, which bore terrible warnings. Obvious warnings. War was everywhere. Every season a new tyrant came through, gathering an army, killing an army off, gaining power, losing it. Young men cut one another up and threw the pieces to the dogs. So much blood was shed the earth should have turned red. Don’t make that face, Pajarita. Look, the water’s boiling.”

Pajarita squatted at the red-hot cooking pit and heaped the beef into the pot. It was flesh from a cow, not youngman flesh. Late sun lacquered the dirt floor, the table, the sleeping hides; soon it would be time to light the lamp.

“So there they were, El Facón and Esperanza, living in a countryside torn apart by fighting. And then the Saravia brothers came. Aparicio and
Gumersindo—he was doomed, that Gumersindo—and grew their army here in Tacuarembó. They were hell-bent on independence from the latest tyrant, they were sure that they would win. Your abuelo, El Facón, he believed everything they said. He followed them out of Uruguay, to Brazil, into the battlefields. There are things he saw there that he never uttered, that he swore he wouldn’t say even in hell. The devil couldn’t stand it, he said. So we don’t know. But we do know he buried Gumersindo with bare hands, then watched the enemy dig him up, cut off his head, and parade it everywhere. Well, after that, three years after, El Facón trembled back to Esperanza. They built this
ranchito
, this very one we stand in now, and your father was born here, and so was your brother Artigas. And that’s how Artigas got his name.”

Tía Tita stirred the stew and fell silent. Pajarita teemed inside (with severed heads and long long hair and gems from overseas) as she cleaned the bowls and knives.

Pajarita’s brother, Artigas, remembered exactly when Tía Tita moved in: it was 1899, when Pajarita was born the first time, before the tree, before the miracle.

That year, he had turned four and his mother, La Roja, had died in childbirth. She left nothing but a sea of blood and a baby with big black eyes. The birth before that had ended in death also, but it had been the baby who had died, and Mamá who stayed to cook and sing another day. This time she stopped moving. The blood soaked the pile of hides the family used for sleep and they were clearly ruined, so Artigas was afraid when he saw his father, Miguel, rubbing them against his face, weeping, staining his skin red. The baby was crying. Miguel ignored her. There was no sleep that night. In the morning Tía Tita came, and looked around the hut. La Roja’s cow-skull stool had been taken from its place at the table. Miguel held it with both hands, sitting still, facing the wall. Behind him, Artigas sat on congealed hides, holding a writhing baby. The cooking pit was cold and empty; Tía Tita filled it with wood. She scoured the bloodstains from the walls, made
tortas fritas
, hauled out the ruined hides, and cleaned the clothes. She found a young mother four
hillocks over to nurse the unnamed baby.
Esa bebita
, that baby, they called her over the wells of Tacuarembó.