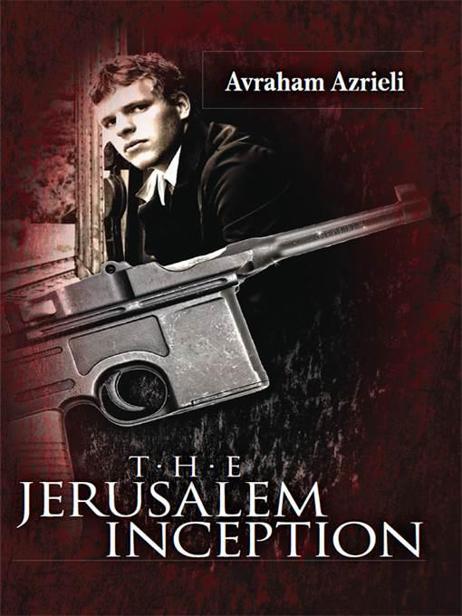 No part may be reproduced without written consent from the author.

This book is a work of fiction. The characters, incidents, and dialogues are products of the author’s imagination and are not to be construed as real. Other than the known historic events and political figures, any resemblance to actual events or persons, living or dead, is entirely coincidental.

Your Lawyer on a Short Leash

One Step Ahead – A Mother of Seven Escaping Hitler

H
is wool uniform was rough against her cheek, but Tanya continued to cling to his arm. It was silent inside the Mercedes, only a restrained murmur from its powerful engine. The supple backseat absorbed all but the deepest ruts in the Alpine road. The hands on the dashboard clock glowed in the dark, approaching midnight. In a moment, 1944 would end, and with it, their way of life.

They watched the driver struggle to keep the large staff car on the icy road, which slithered up into the formidable mountains toward the Swiss border. The headlights were painted over, only thin blades of light left to illuminate snapshots of steel barriers, pine trees, and mounds of fresh snow.

Klaus cracked the window, and cold air invaded the car, together with the engine roar of the loaded truck that followed them close behind. Tanya’s hand crawled into his, her fingers curled against his warm palm. The car entered a tunnel, and the phosphorous hands of the dashboard clock merged into one.

As the Mercedes emerged from the tunnel, the western horizon exploded—red, blue, and white lights, bursting into the black sky—a New Year’s salute from thousands of artillery guns, orchestrated by General Patton, the irascible commander of the American Third Army. In the front seat, the driver cursed under his breath.

“Happy birthday.” With a finger under her chin, Klaus brought up Tanya’s face and kissed her lips. “Seventeen,” he said, “and many more.”

“Together.” She pressed his hand to her lower abdomen, where a new life was growing.

Meanwhile, the driver began searching the radio frequencies through static and bursts of music until Adolf Hitler’s voice emerged. “Like a phoenix,” the Führer yelled, “
Deutschland
will rise again!”

Tanya felt Klaus tense up beside her, his arm rising for the customary
Heil Hitler!

But the flame of excitement died instantly, his hand turned into a fist, and he grunted. She remembered the Wehrmacht’s intelligence reports he had shown her, patiently explaining the military jargon and the implications of color-coded arrows. The Ardennes Offensive continued in full force, with all surviving Panzer divisions thrown against U.S. forces. Hitler had refused a negotiated surrender and boasted of turning the tide with a wonder weapon of destruction. But the Führer was delusional. The most Germany could expect was a brief reprieve from Allied pressure on the Bulge. “And then,” Klaus had said, “the total destruction of the Third Reich.”

The Mercedes took another hairpin turn. In the windshield, Tanya could see the emblem glisten at the far end of the hood like a gun sight seeking a target.

The road leveled off, and the thin headlights hit a steel gate that blocked the way. A sign warned:
Halt! Schweizerische Grenze!

The driver stopped the car, came out, and opened the door. “
Herr Obergruppenführer!
”

Klaus put on his gloves. He helped Tanya out of the Mercedes and raised the hood of her fur coat to shelter her from the biting frost.

A moment later the truck stopped behind the Mercedes. It was enormous, with a solid, steel-braced box resembling a train car.

Klaus took out a silver cigarette lighter and used it to signal up and down.

A reply came from the other side of the border, a point of light moving from right to left.

The Swiss guards opened the gate, and a dark Rolls Royce limousine glided through. A young man in a dark suit stepped out from behind the wheel. He knocked his heels together, bowed curtly, and opened the rear door. “
Guten Abend, Herr General!
”

“And to you, Günter,” Klaus said. He helped Tanya into the Rolls Royce, and the door closed.

The rear section of the vehicle was arranged like a cozy sitting room, with two leather sofas facing each other. A Wagner opera,
Götterdämmerung – Twilight of the Gods
, played softly. Dim lights illuminated the mahogany woodwork. Curtains covered the windows.

The two men laughed, and Klaus pointed at the truck. “More than sixteen thousand gold watches in there. Maybe I’ll keep one.” He pulled off his gloves.

Armande Hoffgeitz looked at his hand. “You’re not wearing the ring.” He held his own hand to the ambient lamp. A serpent intertwined with the letters
LASN
, which stood for Lyceum Alpin St. Nicholas, the Swiss boarding school they had attended together.

“And are you still
loyal, valiant, obedient
?”

“I’m down to valiant only.” Klaus reached into his coat and took out a pocket-size ledger, bound in black leather and marked with a red swastika. “How’s business in Zurich?”

“The war has been very good for us. Too bad it’s about to end.” His grin faded when he met Tanya’s eyes. “I’m only joking, Fräulein, yes?”

Tanya smiled. After three years in their world, she had learned to smile well, even to the most piggish remarks.

Klaus handed him the ledger. “The total numbers include all the previous deliveries. This truckload is my last.”

“Everything is still in the original boxes, stored in our cellar vaults, per your instructions.” The banker opened the ledger.

“We took back what they stole from Europe over the centuries. One day, I will use it to build the Fourth Reich.”

“A noble aspiration.” Armande glanced at Tanya before holding the ledger up against the lamp. “But it will take time for the world to forget this war.”

“I have time.” At thirty-four, Klaus von Koenig was the youngest Nazi general, thanks to a talent for finance and Himmler’s patronage.

The banker was no longer listening. He browsed the black ledger, his stubby finger running down to the totals at the bottom of each page. “This is fantastic.
Fantastic!”
His gold-rimmed glasses slipped down to the tip of his nose, and he pushed them back. “Diamonds, total weight, nine and one-quarter tons? God in heavens! Thirteen point four tons of pearls? Sixteen tons, eight hundred and ninety-two kilos of emeralds? Three tons, nine hundred and thirty-four kilos of red rubies?” He pulled the curtain aside and looked at the truck across the road. “The Jews had so much?”

Klaus patted his chest. “They swallowed more stones than breadcrumbs.”

Armande Hoffgeitz looked at him, puzzled. “So how?”

“Crematoria. The fire consumes everything but precious stones. The gold teeth had to be removed beforehand, of course.” Klaus didn’t miss the shiver that passed through Tanya, who would have been gassed and cremated had he not pulled her out of line at Dachau. “It’s almost over now,” he said. “We’re shutting down the camps, thank God.”

Body, Ink, and Soul by Jude Ouvrard
Taking Off by Jenny Moss
Prescribed (The White Coat Series) by Parker, D.D.
A Caribbean Diet Cookbook by Nicholas, Winslow
Storm at Marshbay by Clara Wimberly
Darcy's Passions by Regina Jeffers
Waiting for Sunrise by William Boyd
That Woman: The Life of Wallis Simpson, Duchess of Windsor by Anne Sebba
BM03 - Crazy Little Thing Called Dead by Kate George
The Trees And The Night (Book 3) by Daniel McHugh
Our partner