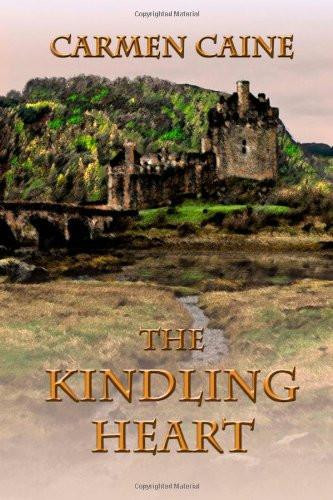 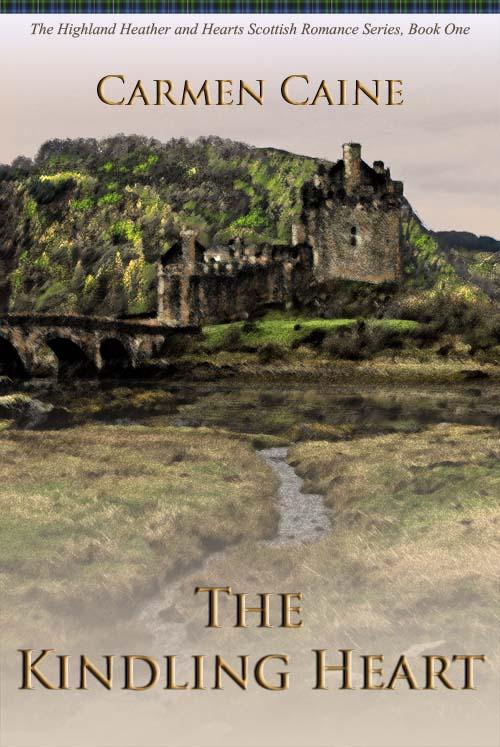 The Highland Heather and Hearts Scottish Romance Series - Book One

This ebook is licensed for your personal enjoyment only. This ebook may not be re-sold or given away to other people. If you would like to share this book with another person, please purchase an additional copy for each person you share it with. If you're reading this book and didn’t purchase it, or it was not purchased for your use only, then you should return it and purchase your own copy. Thank you for respecting the author's work.

Chapter 09…..The Mad Lady of Dunvegan

Chapter 17…..Attacked by a Bucket

Chapter 21…..A Night of Passion

Chapter 24…..Which Clan She Favors?

Latter part of the 15th century

“Harlot! Whore!” Wat whistled through his teeth as he unbuckled his belt.

Sinking to her knees, Bree mentally retraced her steps as she cowered before Wat on the dirt floor of the cottage.

In the cold before dawn, she’d drawn the water and made the porridge before joining the other peasants in the fields to pull onions. These were hardly the pastimes of a whore. She was cold, exhausted, and hungry.

“I’ll not have a whore live under my roof!” Wat shouted.

She’d never understand why her mother stayed with such a despicable man. Strings of greasy grey hair plastered his balding scalp. Years of grime and other things lived under his blackened nails. He hadn’t bathed since spring. He reeked.

Wat studied her for the slightest hint of rebellion. His fingers twitched in anticipation.

Bowing her head, Bree forced herself to grovel even as she imagined herself screaming defiantly in his face. The man thrived on ale and anger, one feeding the other in an endless cycle of rage and cruelty. She doubted she’d escape unscathed, but it was worth a try. She forced her eyes meekly to the floor, outwardly subservient, and waited for an explanation of what was amiss.

“Jenet!” Wat shouted, his beady eyes glinting in pleasure. “Come see what your whore of a daughter is wearing!”

It was the first hint.

A cursory inspection of her shoes, dress, and hair revealed nothing. She frowned, slightly perplexed. Last week, her rotting skirt had torn on the brambles, but Wat saw in this a wicked desire to expose flesh. A month ago, one of Bree’s brown curls escaped its binding as Lord Huntley wandered the fields nearby. It mattered naught to Wat that the man was ancient, half-blind, and as simple-minded as a child. He accused her of the worst sin: a brazen seduction of the castle lord. She’d paid dearly for both incidents.

Wat gleefully popped his knuckles and smiled. It was a cruel, malicious smile.

“Yes, Wat?” Jenet’s tired voice filtered through the cottage doorway. She paused on the threshold. Though her face still held traces of beauty, years of oppression had taken their toll. Her hazel eyes were as lifeless as the limp hair on her shoulders.

“Look at your daughter!” Wat ordered, spittle flecking his beard. “This time she has gone too far!”

Lest they betray her emotion, Bree lowered her eyes and held her breath as her mother subjected her to a nervous inspection.

Wat exploded, “Can you not see? Only a harlot would adorn her hair to catch a man’s eye! She is a whore!”

Belatedly, Bree recalled the small bit of dried lavender tucked behind her ear. She loved the scent; it always reminded her of spring. She clenched her jaw, furious at herself. Why, oh why, had she not remembered to remove it? Why had she succumbed to the silly impulse in the first place? She could not afford such errors.

“Be rid of it, Bree,” Jenet said flatly, devoid of sympathy.

Obediently, she raised a hand to remove the offending sprig only to have it slapped away.

“That is not enough!” Wat roared. He clenched his belt, a sneer settling on his lips. “Why would you flaunt yourself so boldly? Why?”

Struggling to remain silent, Bree bit her tongue. Hard. She winced as the salty taste of blood spread in her mouth. Soon, she knew her back would be bleeding as well. A cold anger gripped her heart and her jaw clenched.

It was a minute gesture, but it was enough for Wat.

He gloated in satisfaction as Jenet shuffled heavily from the room. She never intervened. She always left the room.

Wat began to hum as his belt arced in the air.

“A man has the right to discipline his own wife,” Tormod MacLeod, Laird of Dunvegan bellowed to the gathered clansmen. “’Tis his God-given right!”

The subdued murmurs of assent following this statement transformed quickly into coughs as Ruan MacLeod strode into the castle’s main hall with a handful of men at his heel.

Tormod stood at the high table, chin raised, and from under partially closed eyelids observed his younger half-brother moving purposefully in his direction.

The brothers shared nothing, save the unusual height of their sire. Ruan favored his mother, the daughter of a lesser Spanish noble. His dark hair was thick, shoulder length, and bound by a strip of leather. And his eyes were darker still, were alive with passion. He was lean, muscular, and his movements were swift and virile.

Tormod was quite the opposite, boasting the large belly of a man more interested in being in his cups than anything else. His blue eyes watered continuously in his flaccid face, which was framed by thinning brown locks that clung to his scalp in wispy strings.

It was not in physical traits alone that the brothers differed. Their temperaments conflicted as well. Ruan was hot-blooded, obsessive, and stubbornly loyal while his brother seemingly existed in a perpetual state of lethargy. Tormod excelled in revenge and in the ability to delay a decision for as long as possible, particularly dangerous habits for a Laird of Dunvegan to possess.

The clansmen craned forward for a better view of the impending clash.

“Wife?” Ruan’s deep, rich voice resounded as he stalked toward his brother’s high table, “My sister is a bairn and has nae even ten years!”

Tormod swallowed a little, but sneered and said, “She was wed proper! Whether ye like it or no.”

“Proper? A bairn? ‘Tis against church law and well ye know it!” Ruan’s lip curled in a scathing smile as he surveyed the men clustered in the hall. “I should have had more than this handful riding with me to rescue a wee lass from the hell that was heaped upon her innocent head! Those gathered here this night are nae worthy to bear the braw name of MacLeod!”

Uneasiness descended upon the great chamber as a mixed chorus of “Ayes” greeted this statement, most of them coming from the men clustered behind Ruan, but the loudest from a lithe young man at his side.

“Well said!” The fearless youth stepped forward. “Aye, we should nae have been so few!” He faced Tormod with a fierce anger terrifying to see in one so young. A few years would truly make him a forbidding man.

Ewan, heir to the Earldom of Mull, was a tall, strapping lad, fair of face and heart. He was the eldest son of the MacClean of Duart Castle, an ancient and powerful clan. His startling blond hair fell loose over his shoulders and he wore the yellow, fine-spun, plaid of his clan with an easy grace.

“May those that harmed a wee bairn rot in hell!” Ewan clenched his fist and spat.

Tormod cut him short with a scornful laugh and said, “Beware! Ye aren’t yet Earl of Mull, young cur!”

A murmur of displeasure rippled through the hall at that, and Tormod tensed, checking his anger with difficulty. While the Earl of Mull was a man well-loved, it appeared his son was even more so.

Dropping his voice so only Ruan and Ewan could hear, Tormod hissed, “I doubt our illustrious Earl will be overly pleased when he discovers how Ruan has ensnared ye this night.”

“It was my own choice—” Ewan began hotly.

“Aye? It was yer own choice to ferret the MacDonald’s bride from his very bedchamber on her wedding night?” enquired the Laird of Dunvegan in a cold, cruel humor. “Your father will nae be happy ye’ve made Fearghus his enemy once again.”

For a brief instant doubt clouded the young man’s face. Anger quickly replaced it. “How little ye ken my father!” he retorted.