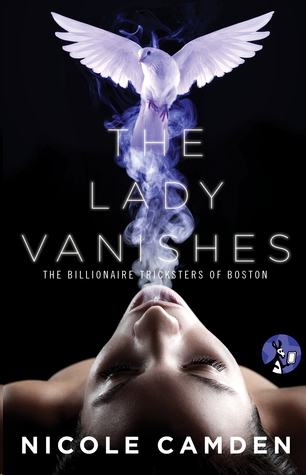 Thank you for downloading this Pocket Star Books eBook.

Sign up for our newsletter and receive special offers, access to bonus content, and info on the latest new releases and other great eBooks from Pocket Star Books and Simon & Schuster. 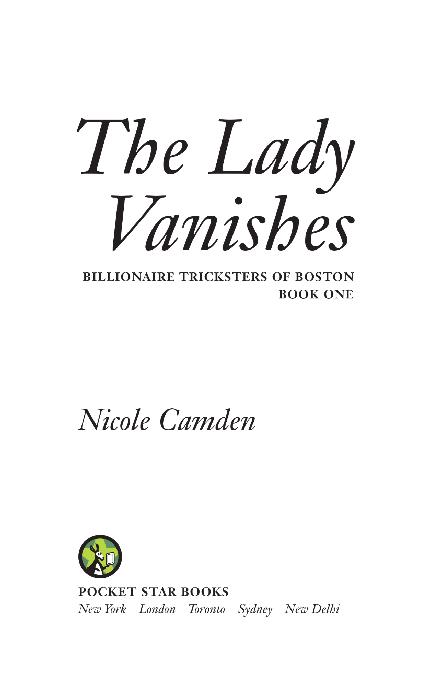 A good friend, an excellent person. Always nice when those two things go together.

Thank you to Kate Dresser and Lauren McKenna for giving me the chance to make my dreams come true.

Man is least himself when he talks in his own person.

Give him a mask, and he will tell you the truth. 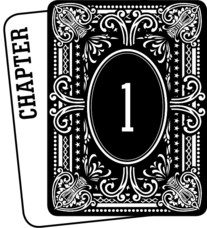 THE STAGE IN THE ENTERTAINMENT ROOM
at Boston Children’s Hospital was small, but Milton Shaw made good use of the space. He’d invited all six kids who’d come to see him perform onto the stage and was showing them in turns how to do simple tricks. He was wearing a suit, as he always did, a top hat, and a small black mask. They called him Shaw the Magician.

“Hold your hands like this”—he showed them the careful placement of his fingers on the playing card in his hand—“and then . . .” He demonstrated, and the children, ranging in ages from six to eleven, mimicked him. Several cards fluttered to the floor, but a few of the kids managed it, including eleven-year-old Chuck, who’d initially claimed he had no interest in magic.

“You have to practice,” he told them. “Again and again until the motion becomes automatic.” He made the card reappear with a flick of his fingers.

“Why don’t you teach us something cool?” Chuck said.

“Like this?” Milton asked, and made a small ball of flame float above his upraised hand.

“That was actually my question,” a woman’s voice said from the center of the room. She was wearing bright green scrubs and had dark hair pulled back into some kind of bun, dark brown eyes, and the fullest, most sensuous-looking lips he’d ever seen. She had the lips of an anime action heroine. He could picture her in skintight leather and boots with a gun at her hip. He couldn’t take his eyes off her, which explained why his hand felt like it was burning. He quickly extinguished the flame, cursing inwardly, but he still didn’t look away.

“Dr. Burke, this is Shaw the Magician,” Chuck told the woman, and Milton studied her more closely. She was a doctor. Doctors rarely came to the entertainment room.

“You should probably avoid flames around the oxygen tanks.” She pointed to the tank on one of the kid’s wheelchairs.

He scratched his cheek under the mask. “Yes, I’ve heard that before, actually. Why don’t you stay and watch?”

“Make her disappear,” Chuck muttered. “She’s probably here to tell us we need to go back to our rooms.”

Milton laughed and jumped lithely down from the stage. The doctor, watching him warily, visibly tensed when he came within a few feet of her.

With a flourish, he presented her with a flower made of tissue paper and wire.

She hesitated, but one of the girls, a dark-haired beauty named Emily with rather prominent front teeth, said, “Take it, Dr. Burke, take it.”

With a sigh of resignation, the good doctor took the flower. “Thank you.”

“Smell it. Smell it,” the kids shouted together.

She glared at the magician, her dark eyes narrowed warningly, but she obediently bent to sniff the flower. It drooped comically and the children laughed.

She straightened. “Well, that’s better than having it blow up in my face, I suppose.”

Milton felt his lips twitch and hoped that the direction of his thoughts didn’t show on his face. He couldn’t help it; she made him think of sex, roll-around-on-the-floor sex, back-of-the-limo sex, sex with her tied and helpless on one of his workbenches.

“Try again,” he suggested, and the children took up the call, shouting, “Try it again, try it again.”

They were all ill, every one of these kids, but right now they were laughing, and the doctor seemed to enjoy being the butt of the joke.

She bent to sniff again, and this time the flower darted forward to bop her on the nose. She jerked back and nearly fell, but he caught her by the elbow, hauling her upright. The kids were laughing again, roaring with it, and Milton enjoyed the look of forbearance on her face.

She freed her elbow with an efficient twist of her arm and handed him the flower. “Thanks. I already knew better than to accept flowers from strange men, but it’s good to be reminded.”

“I could remind you again, sometime,” Milton offered, a little surprised when the words came out of his mouth.

She glanced at him sharply, her lips parting briefly before she took another step away from him, shaking her head. “I don’t think so, Mr. . . .” she said, trailing off.

He removed his top hat and bowed again. “Shaw the Magician.”

“Oh, yeah.” She nodded. “I couldn’t remember your name. The head nurse, Jackie, says that you come here every Friday.”

Milton straightened and replaced his top hat. “At your service,” he said. And he did have quite a few ideas for how he’d like to service her. Most began with tying her up with dozens of intricate knots and undoing them slowly with his teeth.

“Well, Shaw the Magician, I need Chuck to come with me. His mom is here. Otherwise, you can carry on.”

On the stage, Chuck groaned but immediately started for the ramp, wheeling his IV next to him, his rounded cheeks set in a scowl.

When he reached Milton and the doctor, he tried to give Milton back the playing cards he’d been using, but Milton shook his head.

“Keep them. I’ll show you a different trick next time.”

“The one with the fire?”

Milton glanced askance at Dr. Burke, who was frowning at his side. She was beautiful even when frowning.

“Maybe not that one, but something equally cool.”

Chuck shrugged as if he could care less and started from the room.

Dr. Burke started to follow him, but Milton caught her arm again. “Thank you for playing along, Dr. Burke. Do you have a first name?”

“Do you?” she tossed back and shook free of him again. “Try not to burn the place down, Shaw the Magician,” she said crisply as she left.

Milton watched her go, enjoying the way her efficient march highlighted her round butt. He wondered how long it would take her to notice the flower he’d pinned to the front of her scrubs, just above her right breast.

“Do you have a crush on her?” a small voice said beside him. It was Emily, the dark-haired girl with the large teeth. She sounded bummed about the idea, her lower lip beginning to form a pout.

Milton pretended to consider it. “I think it would be stupid to have a crush on her. She looks like she’d break my heart.”

The girl nodded vigorously. “She’s tough. She doesn’t smile like the other doctors.”

Milton pretended to shiver. “Why don’t you think she smiles?” He took her hand and led her back on stage, where the other kids were still trying to get the trick to work correctly.

Emily looked slightly ashamed. “She does, but not like those fake, bright smiles. She never does that. It’s pretty cool, actually.”

Milton knew what she meant. Sometimes adults thought that by smiling brightly and talking in a cheerful tone, they could lessen the impact of the often horrible news they had to tell their patients. He was glad to hear that Dr. Burke didn’t do that, but he did wonder what made her seem so serious.

“All right, guys,” he said, rolling a cart from behind the stage. It was piled high with boxes, all covered by a sheet of black fabric. He put it in the center of the stage and said, “I need some volunteers to open presents.”

The children grinned and stepped forward in unison. Some of them had seen his show before, and the rest had undoubtedly heard that he was known for bringing presents: Xboxes, games, iPads, 3-D TVs, and strange pieces of technology the kids had never seen before.

“On the count of three, I’m going to remove the cloth, and you guys pick what you want. Ready? One, two, three.”

He pulled the sheet, and there was nothing underneath, just empty space.

Milton laughed and pointed to the room behind them. The gifts were piled up throughout the room, shiny bows on everything.

The kids squealed and hurried as much as they could down the ramp toward the toys.

Nick Cord, Milton’s business partner and friend, stepped out from behind the stage. He often came to the hospital with Milton to help with the tricks. He was not a tall man, but he was well muscled from running and kept his blond hair cut short and close to his head. He dressed more like the dockworker and fisherman his father had been—in jeans and cable-knit sweaters—than the billionaire he was now, which suited him.

Neither had Milton. “I saw her first,” he muttered.

Nick laughed and held up his hands. “Got it, got it. You have dibs.”

“That’s right.” Milton didn’t give a shit if it was childish. He didn’t often find women he was this attracted to. The difficulty would be in convincing her to spend time with him. She thought he was a magician, after all. For some reason, most women found that about as sexy as a man dressing up in a
Star Trek
costume.

“Think you can get her to go out with you?” He’d known Milton in college when talking to women had rarely gone well for his friend. It wasn’t the case now that he was rich, but Milton never wanted women to date him for his money.

“I’m going to try,” he said simply, and Nick groaned.

“God help the woman, she doesn’t know what she’s in for.” 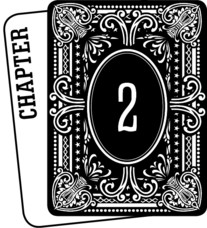