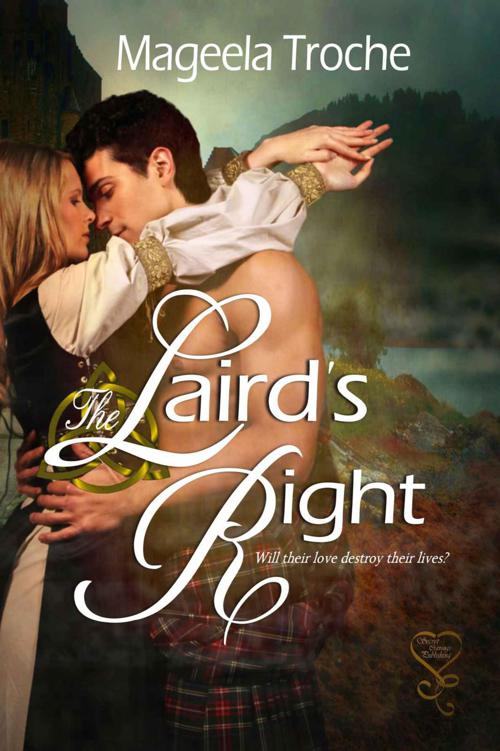 If you find a Secret Cravings Publishing e-book being sold or shared illegally, please let us know at
[email protected]

All cover art and logo copyright © 2014 by Sweet Cravings Publishing

For my brother, who has always been my hero. I love you.

Have you heard about the newest idea in ebooks, the ebook club? Secret Cravings Publishing has two ebook clubs, The Cravings Ebook Club or the Cravings Paranormal Ebook Club, and we invite you to become a member.

As a new member, you will receive
Trouble With a Cowboy*
by Sandy Sullivan and
Blood Kisses**
by H.N.
Sieverding FREE, just for joining!

You’ll also receive
4 BRAND-NEW EBOOKS
, specially selected by our Editorial Director, every month in a variety of genres for a total price of only $9.99 for all 4. This comes out to barely $2.50 per book,
much less
than the retail price and you’ll be able to enjoy your books
even before
they are uploaded to the popular sales sites.  One of several privileges of club membership.

18 wheels had her heart until one hard-up cowboy found her kickin' up her heels and propositions her to take his bull to Vegas.

Jacie Hawkins drives big wheelers for a livin'. Something not a lot of women do. Littleton Oklahoma is just a dry stopover for a few hours of rest and relaxation at the nearest bar. Jacie needs to find a hot cowboy to release some of her pent up frustrations on for the night, but wannabe's aren't her style.

Tucker Marshall needs a big-rig driver to haul his prize bull to National Finals Rodeo and he needs one fast. Who would have thought he'd find one shootin' pool at the local bar dressed to kill and takin' numbers?

Can some slashed tires and an ornery bull bring two hard-headed people together for some fun in the sun and a little more?

Ashleigh Brown, the author of the popular Nightwalkers series, lives a quiet life free of the limelight.  She keeps her real identity secret by writing under the pen name, Victoria Allure.  She soon finds herself in a bind when she's kidnapped by a group of handsome vampires seeking Victoria.  She then agrees to meet their Master, who's a huge fan of her books.  But instead of meeting him, she accidentally crosses paths with her rock star crush.  He is the sexy muse behind Nightwalkers and the man she based the hero in the series upon. She would do anything to meet him but little does she know her crush has a secret...

We will try to match your books to your preferences, however, if you’re a major paranormal fan, we suggest you join the Cravings Paranormal Club. Everything is the same except that three of your four books will be paranormal. The remaining book will be of a different genre.

As a club member, you will also receive:

exclusive interviews with your favorite authors

special offers not available to the general public

To join, visit the Secret Cravings Publishing website. At the bottom of the page you’ll see a button for the club. You can sign up there and share your preferences for genre, format and heat level with us. You will be charged, automatically, through PayPal, only $9.99 every month.  Your books will be shipped within 1 day after PayPal payment has cleared. You may cancel at any time by clicking on the “unsubscribe” button located on the Cravings Club tab at the bottom of our website and keep the FREE BOOKS as our gift.

We hope our Secret Cravings books will delight you each and every month.

Alec hated Edinbur
gh. He hated the castle and the machinations occurring in the walls. He’d rather pick up his sword than play courtier. He hated the long road along the crag. He hated that King Alexander III ordered the Clan Chattan from the land. He hated that Laird MacKintosh planned to feud for it. Clan Cameron would not crumble under them. His father would have machinated to get that charter. Alec had other plans to get what he wanted and increase the power of Clan Cameron.

The journey from Lochaber to Edinburgh wasted his time. Time he could have used to war against Clan Chattan, steal their cattle, burn some cottars, and have a good fight. The land belonged to him—Laird Alec Cameron. The clan needed the land claim more now since the MacMartins, MacSovlies, and MacGillonies have added to Cameron’s numbers. That land would be plenty for the new members to sow a boll of oats and keep a cow maybe even two. Time had come to strengthen the clan.

“Coming here was a mistake. We should have let MacKintosh come then attack him on his way home.” Alec knew Quinlan spoke of another reason for his desire to remain back with the clan and especially his wife.

“Edinburgh stinks.” Quinlan scraped bloody muck from his soles and kicked aside a fish bone.

“Nothing like animal blood, tanning leather and stale ale to clear the nostrils,” Hurley said, his tone relaxed, as he waved away a bread seller.

“Don’t forget the crap.” Ronan clapped Quinlan on his back. Quinlan turned his hard gaze to him and earned an easy grin from Ronan.

“I agree with Quinlan. I rather be home as well.” Alec wished to feel the soft spray of Loch Lochy blow across his face.

“Laird Cameron,” a high-pitched male voice stammered behind him.

Cameron turned away from the offender clamped in the jougs and the crowd shouting abuse at him. A bare-faced boy stood behind him, a Ranald. The boy gulped as Cameron and his warriors circled him. The whites of his eyes drowned his brown eyes. His lips trembled before he said, “Laird Randal sends word that MacKintosh and his sept are plotting against your clan.” The boy spit out the rest of the message.

Cameron nodded and thanked the boy. The boy vanished into the crowd. Alec shoved his way through the people. His attention was set on the castle dominating Edinburgh. “His numbers match our own.” Ronan drew closer to Alec.

“I have no misgivings about cutting the bastard down. We will war soon.” There was a chance of losing the land he needed. As the new laird, Alec had to mend the bonds his father had destroyed.

“Let’s learn more about this plan,” Hurley, his first in command, advised.

“The voice of reason,” Quinlan sneered. “I say we kill him now.”

“The king will not like that. Alec, listen to me—let’s use our heads. Besides, he’d demand something the Chattan chieftain might not be willing to give.”

“That bastard wants the land and us dead,” his second in command, Quinlan, retorted through a snarl. “Kill him and weaken the MacKintosh.”

“Quinlan, we shall but without the king’s ire. Alexander can ignore an attack in the highlands but here…we will have retributions.”

“He means to test Alec as the new laird.” Ronan voiced Alec’s same thought, not a surprising one since they shared blood as cousins.

Many in the highlands held the same belief as they tested Alec’s rule. His father was one who believed it more than most and proclaimed it to any who listened. As chieftain to the Camerons of Dessary, Ronan was his last family tie, the one person in Alec’s life who understood Alec in a way that his two commanders could never comprehend.

When his father was alive, Alec spent many a night attacking the Chattan. That was where Alec’s talent lie—wielding a sword. Through the passing years, the Chattan lost their hold and most importantly, their numbers. Now the chieftain sought the protection of the Clan MacKintosh. This was Alec’s chance to deliver the final, deadly strike to rid himself of the pests.

MacKintosh swore Alec was weak, an advantage for Alec. After, his brother, Connor's death, his father fretted the fate of the clan in Alec’s hand. Alec planned to use that preposterous notion to get the land. All he waited for was the right opportunity to strike.

With his men at his side, he slipped in to the great hall. Courtiers crowded the space. Whispered discussions rumbled with the king’s voice dominating. MacKintosh was somewhere in the crowd. Alec left his spot from the fringes of the crowd and slipped in then halted. He breathed in the wood fire and its heat upped the warmth of his back, which added to the temperature of his simmering anger.

MacKintosh spotted him at the moment Alec landed his gaze on him. The man grabbed his wife’s arm and dragged her from the hall. Alec waited then went after him.

“The chieftain has been cozying up to the MacKintosh. He is a Comyn man,” Quinlan said.

“Aye, but Comyn would not gather favor with Cameron only to betray him,” Hurley retorted. “He has plans to build his standing as well. He did kidnap the king already.”
At his majesty’s orders
.

“Comyn is unimportant. MacKintosh wants to wipe out my clan,” Alec said on his way from the hall to learn of MacKintosh's plans.

“Camerons are hated.” Alec smiled along with his men. No better compliment could be paid to a Highlander.

Once free from the crowd, Alec headed to the right, away from the gathering seeking favor or scheming for favors to the corridors were plots were concocted. A gravelly scheming voice came from around the corner—MacKintosh. Just outside the candlelight’s reach, Alec took cover and leaned against the wall.