This is a work of fiction. While every effort has been made to accurately represent the general attitudes and policies of the various real life parties to the issues surrounding Palestine in the 1920s â the Jews, the Arabs, the Zionists, the Bedouin, the British and the French â many of the specific details concerning individuals, organizations, dates, places, geography have been altered to accommodate the narrative of the story.

To avoid confusion, however, the following are actual events but they may not have taken place at the exact time specified in the novel. These include the Jaffa Riots in 1921, the Palestine Riots in 1929 â also known as the 1929 Massacres (by the Jews) and the
Buraq
Uprising (by the Arabs). An earthquake did take place in Palestine in 1927 and the port of Haifa was constructed during the 1920s although it did not officially open until 1933.

A hydro-electric power station was established at the confluence of the Yarmuk River and the Jordan River at Naharayim (Arab name: Jisr al-Kajami) in 1932 by the famous Russian engineer Pinchas Rutenberg (on which the character Gregory Sverdlov is based only in terms of nationality and profession), partly using land leased from Emir Abdullah of Trans-Jordan in exchange for electricity. The power station ceased to be operational following fierce fighting between Israeli and Arab brigades in 1948.

In 1994, Naharayim was the site used for the signing of the Israeli-Jordanian peace treaty and became known as the Island of Peace. However, that peace was shattered three years later when a Jordanian soldier opened fire on a party of visiting Israeli schoolgirls, killing seven
of them. It remains as the site of the proposed Jordan River Peace Park under the auspices of the Friends of the Earth Middle East (FoEME), a non-government eco-organization with offices in Tel Aviv, Amman and Ramallah. There are plans, endorsed by mayors and communities in both Israel and Jordan, to re-flood part of the area to create a bird sanctuary. For more information, please visit the FoEME website:
http://foeme.org/www/?module=projects&record_id=123

The land that didn't exist on any map does in fact exist although about a kilometre to the north-east of Naharayim. It forms part of the land cultivated by Kibbutz Ashdot Ya'akov (Ichud) where the author lived and worked for six years during the 1980s. The land was, in fact, known as The Jungle by the members of the
kibbutz
and the author worked in the cotton and alfalfa fields there. It is overlooked by a viewing site known as The End of the World because of its vistas as described in this book. Adjacent to this point is the rather beautiful
kibbutz
cemetery.

The Palestine Jewish Colonization Association (PICA) did exist but all of its deeds and personnel as mentioned in this book are purely fictitious.
Mewat
is a properly documented land right under the Ottoman Code relating to âdead land' but was outlawed by the British via the
Mewat
Land Ordinance of 1921.

The author is extremely grateful to both Creative Scotland and The Robert Louis Stevenson Fellowship for their support in the writing of this novel.

The author would also like to thank Ross Bradshaw at Five Leaves Publications for nurturing his first two books,
The Credit Draper
and
The Liberation of Celia Kahn
, then releasing them to be published alongside
The Land Agent
as part of a unified trilogy – known as the
Glasgow to Galilee
trilogy – all under the Saraband imprint.

J. David Simons was born in Glasgow in 1953. He studied law at Glasgow University and became a partner at an Edinburgh law firm before giving up his practice in 1978 to live on a
kibbutz
in Israel. Since then he has lived in Australia, Japan and England, working at various stages along the way as a charity administrator, cotton farmer, language teacher, university lecturer and journalist. He returned to live in Glasgow in 2006.

Apart from his
Glasgow to Galilee
trilogy, he has also written about contemporary and 1950s Japan in his novel
An Exquisite Sense of What is Beautiful
(2013). His work has been shortlisted for The McKitterick Prize and he has been the recipient of two Writer’s Bursaries from Creative Scotland and a Robert Louis Stevenson Fellowship.

THE GLASGOW TO GALILEE TRILOGY:

The Liberation of Celia Kahn

An Exquisite Sense of What Is Beautiful

All rights reserved. No part of this publication may be reproduced, stored in a retrieval system, or transmitted, in any form or by any means, electronic, mechanical, photocopying, recording, or otherwise, without first obtaining the written permission of the copyright owner.

Printed in the EU on sustainably sourced paper.

The Glasgow to Galilee Trilogy

While
The Land
Agent
stands as a novel in its own right, it is also the third part of a loose trilogy incorporating two other novels,
The Credit Draper
and
The Liberation of Celia Kahn
, also published by Saraband. The three books can be read separately and in any order.

An Exquisite Sense of What Is Beautiful

An eminent British writer returns to the resort hotel in Japan where he once spent a beautiful, snowed-in winter. It was there he fell in love and wrote a best-selling novel accusing America of being in denial about the horrific destruction during World War II. As we learn more, however, we realise that he too is in denial, and that his past is now rapidly catching up with him. A sweeping novel of East and West, love and war, truth and delusion. 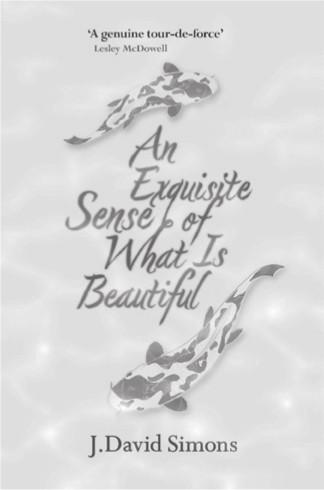