Read The Language of Bees Online

The Language of Bees 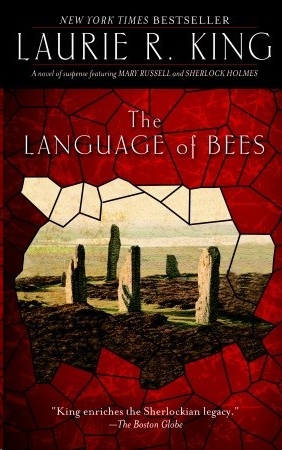 Other Novels by
LAURIE R. KING

A Monstrous Regiment of Women

A Letter of Mary

To Play the Fool

The Art of Detection

And
A Darker Place

Excerpt from The God of the Hive 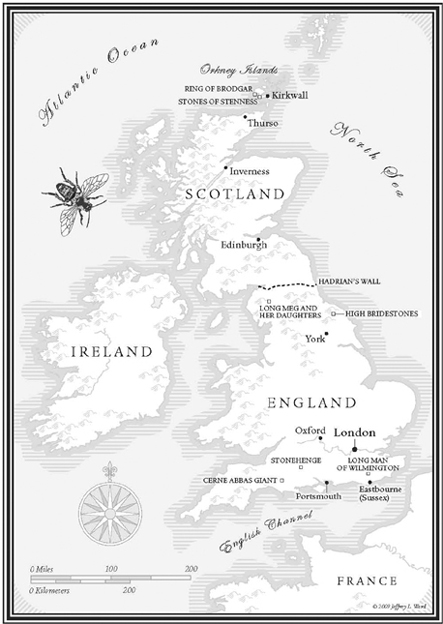 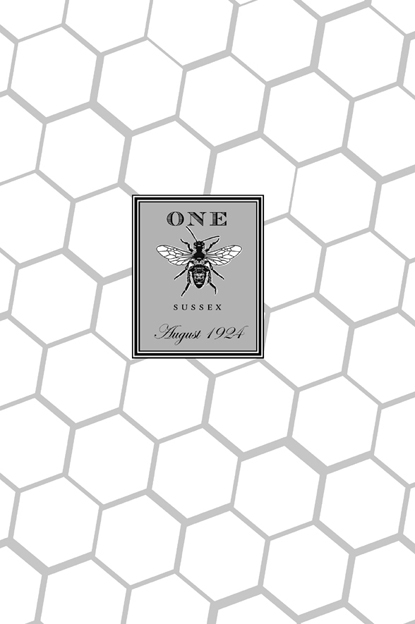 First Birth (1):
The boy came into being on a night
of celestial alignment, when a comet travelled the
firmament and the sky threw forth a million
shooting stars to herald his arrival
Testimony, I:1

A
S HOMECOMINGS GO, IT WAS NOT AUSPICIOUS.

The train was late.

Portsmouth sweltered under a fitful breeze.

Sherlock Holmes paced up and down, smoking one cigarette after another, his already bleak mood growing darker by the minute.

I sat, sinuses swollen with the dregs of a summer cold I’d picked up in New York, trying to ignore my partner’s mood and my own headache.

Patrick, my farm manager, had come to meet the ship with the post, the day’s newspapers, and a beaming face; in no time at all the smile was gone, the letters and papers hastily thrust into my hands, and he had vanished to, he claimed, see what the delay was about.

Just as it seemed Holmes was about to fling his coat to the side and
set off for home on foot, whistles blew, doors clattered, and the train roused itself from torpor. We boarded, flinging our compartment’s windows as far open as they would go. Patrick cast a wary glance at Holmes and claimed an acquaintance in the third-class carriage. We removed as many of our outer garments as propriety would allow, and I tore away the first pages of the newspaper to construct a fan, cooling myself with the announcements and the agony column. Holmes slumped into the seat and reached for his cigarette case yet again.

I recognised the symptoms, although I was puzzled as to the cause. Granted, an uneventful week in New York followed by long days at sea—none of our fellow passengers having been thoughtful enough to bleed to death in the captain’s cabin, drop down dead of a mysterious poison, or vanish over the rails—might cause a man like Holmes to chafe at inactivity, nonetheless, one might imagine that a sea voyage wouldn’t be altogether a burden after seven hard-pressed months abroad.
*
And in any case, we were now headed for home, where his bees, his newspapers, and the home he had created twenty years before awaited him. One might expect a degree of satisfaction, even anticipation; instead, the man was all gloom and cigarettes.

I had been married to him for long enough that I did not even consider addressing the conundrum then and there, but said merely, “Holmes, if you don’t slow down on that tobacco, your lungs will turn to leather. And mine. Would you prefer the papers, or the post?” I held out the newspaper, which I had already skimmed while we were waiting, and took the first item on the other stack, a picture post-card from Dr Watson showing a village square in Portugal. To my surprise, Holmes reached past the proffered newspaper and snatched the pile of letters from my lap.

Another oddity. In the normal course of events, Holmes was much attached to the daily news—several dailies, in fact, when he could get them. Over the previous months, he had found it so frustrating to be
days, even weeks in arrears of current events (current English events, that is) that one day in northern India, when confronted with a three-week-old
Times
, he had sworn in disgust and flung the thing onto the fire, declaring, “I scarcely leave England before the criminal classes swarm like cockroaches. I cannot bear to hear of their antics.”

Since then he had stuck to local papers and refused all offers of those from London—or, on the rare occasions he had succumbed to their siren call, he had perused the headlines with the tight-screwed features of a man palpating a wound: fearing the worst but unable to keep his fingers from the injury. Frankly, I had been astonished back in Portsmouth when he hadn’t ripped that day’s
Times
out of Patrick’s hand.

Now, he dug his way into the post like a tunnelling badger, tossing out behind him the occasional remark and snippet of information. Trying to prise conversation out of Sherlock Holmes when he had his teeth into a project would be akin to tapping said preoccupied badger on the shoulder, so I took out my handkerchief and used it, and addressed myself first to the uninspiring view, then to the unread sections of the papers.

Some minutes passed, then: “Mycroft has no news,” my partner and husband grumbled, allowing the single sheet of his brother’s ornate calligraphy to drift onto the upholstery beside him.

My only reply was the ripping open of the next envelope. On reflection, I decided that the letter would not say if its writer was well or not: True, Mycroft had been very ill the previous winter, but even if he were at death’s door, the only reason he would mention the fact in a letter would be if some urgent piece of business made his impending demise a piece of information he thought we needed.

Holmes read; I read. He dropped the next letter, a considerably thicker one, on top of Mycroft’s, and said in a high and irritated voice, “Mrs Hudson spends three pages lamenting that she will not be at home to greet us, two pages giving quite unnecessary details of her friend Mrs Turner’s illness that requires her to remain in Surrey, two
more pages reassuring us that her young assistant Lulu is more than capable, and then in the final paragraph deigns to mention that one of my hives is going mad.”

He gave an eloquent lift of the fingers to indicate that her information was as substantial as the air above, and returned to the post. Now, though, his interest sharpened. He studied the next envelope closely, then held it to his nose, drawing in a deep and appreciative breath.

Some wives might have cast a suspicious eye at the fond expression that came over his features. I went back to my newspapers.

The train rattled, hot wind blew in the window, voices rose and fell from the next compartment, but around us, the silence grew thick with the press of words unsaid and problems unfaced. The two surviving aeroplanes from the American world flight were still in Reykjavík, I noted. And a conference on German war reparations would begin in London during the week-end. There had been another raid on Bright Young Things (including some lesser royals) at a country house gathering where cocaine flowed. Ah—but here was an appropriate interruption to the heavy silence: I read aloud the latest turn in the Leopold and Loeb sentence hearing, two young men who had murdered a boy to alleviate tedium, and to prove they could.

Shadow Walkers by Brent Hartinger
La Plaga by Jeff Carlson
Perfect Fit: Book 4 of the Fated Hearts Series by Walker, Aimee Nicole
Table for Two by Marla Miniano
Fear by Stefan Zweig
We're with Nobody by Alan Huffman
Rogue Diamond by Engels, Mary Tate
A Partridge in a Pear Tree by McCabe, Amanda
Interzone 251 by edited by Andy Cox
My Lord's Judgment by Taylor Law
Our partner