Read The Language of Paradise: A Novel Online

The Language of Paradise: A Novel 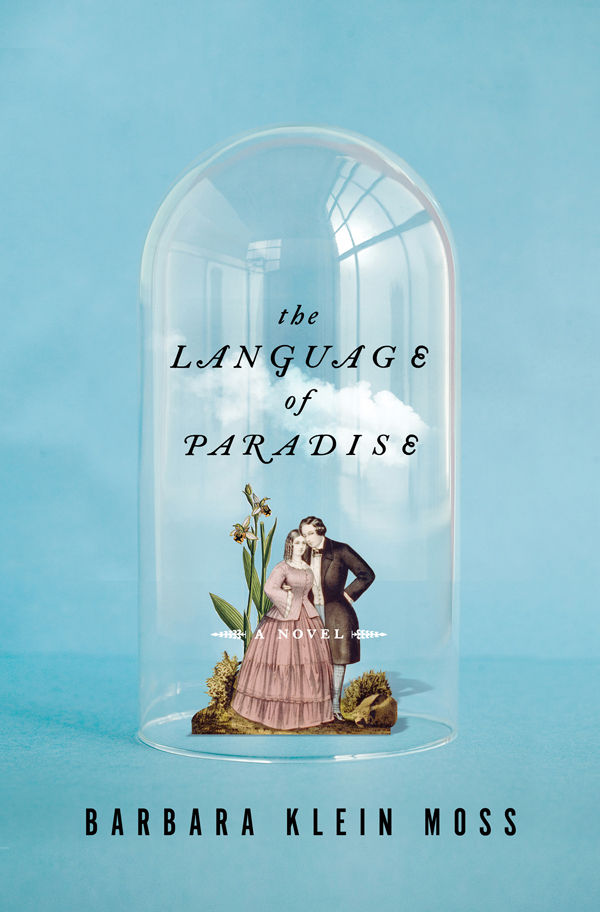 For Stewart and Sara, always,
and in memory of Wendy Weil
and Carol Houck Smith

Prologue: Birds and Beasts Fly Out of Our Mouths Like Angels

PART ONE: COME WITH ME

PART TWO: THE FATAL ROUND

Love, it is said, was the inventor of drawing. It might also have invented speech, though less felicitously; Dissatisfied with speech, love disdains it, it has livelier ways of expressing itself. How many things the girl who took such pleasure in tracing her Lover’s shadow was telling him! What sounds could she have used to convey what she conveyed with this movement of the twig?

—
JEAN-JACQUES ROUSSEAU,
“Essay on the Origin of Languages in Which Something Is Said About Melody and Musical Imitation
” (from
Rousseau: The Discourses and Other Early Political Writings
, ed. and trans. Victor Gourevitch)

Build therefore your own world. As fast as you conform your life to the pure idea in your mind, that will unfold its great proportions.

THE LANGUAGE OF PARADISE

BIRDS AND BEASTS FLY OUT OF OUR MOUTHS LIKE ANGELS

S
UMMER IS THE SEASON OF UNVEILING. THE BED CURTAINS
came down last month, the carpets have been rolled up, straw matting laid on floors that hold the winter chill. Every door is open. The hall has been transformed into an airy cloister, a whole other room where the family sits on humid nights, enjoying the crosswind. It is possible to walk from the front path straight through the center of the house and out into the garden. Sophy Birdsall does that now, just because she can.

She is conscious of a certain impropriety. A few weeks along as she is, she should not be carrying herself like a bride walking down the aisle. She should not be
sweeping
, even if the infinitesimal weight makes her feel majestic. She’s always been a scanty little thing, a light craft at the mercy of every current. Now that she will soon have a prow, she feels for the first time like a vessel of substance, balanced even in unsettled waters. She believes she has finally grown into her proper name. She sees it inscribed on the stern of her boat in majestic, undulating cursive:
Sophia
.

The hall mirror stops her in mid-stride; these days she can’t pass by without measuring her silhouette. She steps away with a gasp—Mama draped the glass with muslin to keep fly-spots off! That won’t do, the soon-to-be-ample Sophia will not be reduced to a ghost! Her white dress has faded away, but her face and neck and hands show through the gauzy cotton, ruddy with a life of their own.
Like a nun bathing in her shift
.

She doesn’t know where the thought came from, but before she can ponder it, a nun confronts her from the clouded depths of the mirror. Eyes staring straight ahead, hands moving furtively over the wet cloth.

Sophy’s mind has always been prone to strange couplings. In her girlhood she would speak what she saw without hesitating, the words darting from her brain to her tongue in a single headlong swoop like birds lighting on the nearest branch. People might laugh or shake their heads—“Sophy,” her brothers would say by way of explanation, shrugging, as if her oddity were its own excuse—but at times these unlikely matches were even taken for wit. Then they came like gifts on the wing, quick and airy. Lately they barge in like intruders and harden to images that haunt her for days. Sophy supposes it must be her condition. She wishes she could ask Mama, for all the good it would do. Mama, who is no more troubled by unruly thoughts than she was by morning queasiness.

Gideon would never imagine his little wife could be prey to such unwholesome fancies. He assumes that her inner landscape is as sunny and placid as a baby’s. It suits his purposes to think so. An hour ago over breakfast—as avid for the quiet of his study as she was for his company—he gave her a commission. “Why don’t you paint me a soothing scene to contemplate while I work?”

“You would do better to look out the window,” she told him. She meant only to disparage her own talents, but he is not a man to take words lightly.

“I’m not asking for a view,” he said, peevish. “If I wanted a prospect, I would climb a hill. Just paint what you see, as you see it, and for the Lord’s sake, don’t try to get it right. Remember what Leander told you. Perspective is the Devil’s trick.”

Leander Solloway, the schoolmaster, is a man of strong opinions, and he is not shy about sharing them.

With effort, Sophy fixes her attention on the rectangle of garden framed in the back doorway. There’s a painting begging to be made here, if only she had the skill. Her brushwork isn’t deft enough to catch the conversation between sun and shadow, liquid gold and new green. She would approach it too earnestly, try to catch the movement and reduce it all to blotches.

On the back stair, she pauses to tent her eyes. The sun is a force today. Even in summer the Hedge farmhouse is dark, shrouded in old shade trees that reach above the roof. Her late Reverend Papa, a practical man, was thinking more of warmth than light when he put the windows in. Since childhood Sophy has moped through the winter—an eternal night in New England—but today she is grateful for months of cold and gloom. Contrast is everything, playing with paint has taught her that. Would the roses and sweet peas seem so bounteous, the foliage so lush, if it were brighter indoors? She and Gideon echo these contrasts, in their way. Sophy won’t go so far as to say that she is spring, he winter. It would be blasphemy to think so—not with his cornsilk hair. But his character she thinks of as wintry. Singleness of mind. A gravity rare in one so young. A stern and probing eye that pierces through the world’s seductions to the greater glory beneath. With these virtues to gird him, he hides himself in the study on this brilliant Monday morning, snatching a few hours at his desk before going off with Mr. Solloway to finish the house where the three of them will live one day. She is not permitted to know their intentions. They’re preparing a grand surprise for her, Gideon says: a sanctuary where she can paint from nature all year round.

Today she is glad enough to work outdoors. Her easel is under the copper beech, but she walks past it to the outbuilding Papa built for his study. Since the days when she and Gideon were courting, it has been a little home for them. Sophy can’t resist a peek through the window. She rarely has her husband to herself nowadays; if she can’t be at his side, she must settle for a glimpse of the back of his head.

By his own choice, his desk faces the far wall. The light that trickles through the small panes is barely sufficient for the minuscule print he pores over hour after hour; her beloved astral lamp—a wedding gift from Papa’s congregation—burns all day next to his open book. Its crystal drops hold rainbows she could look at for hours, but the colors are wasted on Gideon. Sophy would love nothing better than to slip in behind him, clasp his temples in her cool hands, ease his poor laden head back to rest against her. She would remove the spectacles that grip his nose like pincers, and rub the clefts they leave, and the ridge between his eyes. But she knows better than to interrupt him at his work.