Read The Language of Sand Online

The Language of Sand 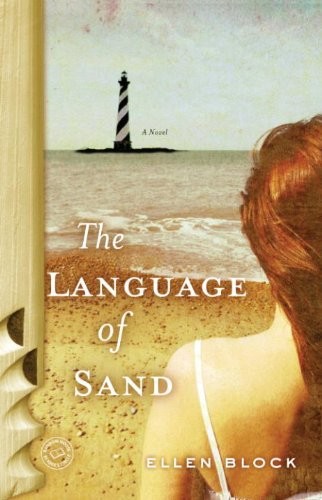 For my parents.
With love.

Never
was a word she didn’t care for. Not because of the infiniteness
it implied or because it sounded so stubbornly unforgiving, but because it was, by definition, improbable. Improbability bothered her.

The consummate hyperbole,
never
was a nervy word, especially for an adverb. Limitless and indiscriminate,
never
did what few words could. It refused to be qualified, to succumb to rationality or be bridled by it for longer than a single sentence.
Never
defied logic, and for Abigail Harker, there was nothing more perturbing than that.

Logic was, in a manner, her job. She was a lexicographer. She edited dictionaries for a living. Greek in origin, the term
lexicographer
was a marriage of
lexicon
, meaning dictionary, and
graphos
, signifying a writer or writing. The pleasing precision of its etymology translated to the profession as a whole. It was a career in which Abigail’s syllogistic nature served her well.

Facts, proof, and reasoning were her cardinal directions, while logic acted as the map with which she navigated the world, keeping her on course and helping her maintain her bearings. A compass could shiver at due north. A weather vane might waver in the wind.
Yet logic was as steady as stone. It could take Abigail wherever she needed to go, and on one crisp October day, logic—along with an actual map—took her from a quiet side street of a Boston suburb across six states and over eight hundred miles of unfamiliar highway to Bourne’s Crossing.

Neither a city nor a town, Bourne’s Crossing was merely a dock situated at a finger-shaped outcropping of the North Carolina coast. Wind undulated through the saw grass that had grown unchecked around the pilings, and the silvered timbers stretched into the water like a plank off a pirate ship. The nearby dock house, a shingled shed in desperate need of a new roof, was the sole structure for as far as the eye could see. The last bastion of civilization on a forlorn stretch of the coast, Bourne’s Crossing served as the only means of getting from the mainland to the distant island of Chapel Isle. Which was exactly where Abigail was headed.

She drove her Volvo station wagon onto the dock, and the wooden boards let out a disconcerting creak. Uncertain if it was wise to pull forward any farther, she stopped and sifted through her purse for the brochure the real estate agent had sent her. According to the literature, the ferry from Bourne’s Crossing ran every two hours on the hour. A departure was scheduled for four p.m. The clock on her dashboard read four on the dot. But there were no other cars, no people, and no ferry.

At the bottom of the last page of the brochure, Abigail noticed a minuscule notation she hadn’t seen before:
Ferry hours subject to change off season.

She sighed. “If there was ever a time for second thoughts.”

Coming to Chapel Isle had seemed to be a perfectly logical idea when she was back in Boston. Now Abigail could see the decision for what it was: a monumental leap of faith. She worried that she might be too weak in the knees to make the jump.

As she got out of her car and headed for the dock house, a strong ocean breeze kicked up, sending eddies of sand skidding across the tract of asphalt road that ended right at the dock. The warm fall air was tinged with wetness, giving it an edge.

Inside the dock house was a small office furnished with folding chairs, a bulky wooden desk, and a TV topped by a mangled hanger acting as an antenna. A coffee mug was perched on a filing cabinet, giving the impression that whoever had been there just stepped away. Abigail stood around, growing more uneasy with each passing second. After ten minutes, she gave up and went outside.

The wind was waiting for her. It ruffled her clothes, heaved her hair, and rattled the screen door to the dock house as she wrangled it shut. To her right was the road she’d come in on. On her left was the wide expanse of the Atlantic.

Squinting, Abigail searched the horizon, only to discover there was no horizon line. The color of the water and the color of the sky blended into an unbroken block of deep blue as solid as a wall. She couldn’t tell if it was a trick of the light or if her eyes were failing after the long drive. Panic began to pluck at her. She was utterly alone at Bourne’s Crossing, disarmingly alone.

“Fourteen hours on the road and delirium has officially set in.”

Then a dark dot emerged in the distance, a fleck of contrast against what could have been ocean or air. Abigail stared until she could sense her eyes dilating. Soon the outline of a boat became clear. It was the ferry.

Even at a distance, it was obvious the vessel had seen better days. Too many seasons at sea had weathered the paint and lightened the ship’s logo, a cresting wave capped by the words
Chapel Isle Ferry
, to a faint shadow. The wide, squared-off craft had rows of benches that rimmed the railings and room for more than a dozen cars on deck, though presently there were none.

As soon as the ferry docked, a lanky kid in an oil-stained sweatshirt and plastic sunglasses jogged from the wheelhouse to the stern and looped the lead lines to one of the pilings.

“You comin’ or not?” he shouted over the drone of the idling engine.

Abigail hastened to her Volvo and steered on deck. Moments later, the ferry growled to life and was off again. She wasn’t sure whether to get out or sit tight.

“You don’t have to stay in your vehicle, miss.”

Startled, Abigail’s hand flew to her chest. The kid in the sweatshirt was standing at her window.

“I didn’t know if it was safe,” she said, adjusting her collar to pretend she hadn’t been frightened.

“Hell, I don’t know if it’s safe myself. But it is a long ride. Wouldn’t want you going stir-crazy in there.”

He spoke in a sluggish Southern drawl, each syllable lagging behind the other as if they were freight cars in a slow-moving train. Abigail always took note of accents, slang, colloquialisms. Verbal affects were proof, from her perspective, of the capacity of the English language, the fortitude. It was a phenomenon in and of itself. The abuse it endured was awe-inspiring. Words were shortened, lengthened, plundered, and bastardized, yet they went on, ever resilient. Words had a strong constitution she envied.

The kid gave her a dubious glance. “That’ll be fifteen-fifty.”