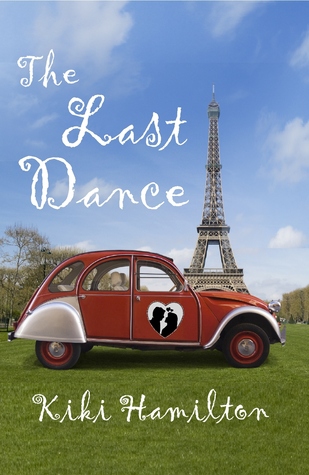 This book is a work of fiction. All of the characters, organizations, and events portrayed in this novel are either products of the author’s imagination or are used fictitiously. No part of this publication can be reproduced or transmitted in any form or by any means, electronic or mechanical, without permission in writing from the author.

Though this story and all of the characters are fictional, there are small portions inspired by my real life, thanks to the following:

Carly, Colin, Mitchell, Lilly, Keenan and Jordan – who can all dance to Michael Jackson’s Thriller just as well as Mira. Love you guys.

Donna Russell, the real owner of Jefferson Christopher Beetle, who is not stick-shift challenged – here’s to many fond memories of growing up together.

The real Dr. Murdoch, who helped us through some terrible times with her extraordinary medical knowledge and heartfelt support.

And to Fena Lee … my charming and witty friend in Singapore, who taught both me, and Mira, a new way to swear.

THE FAERIE RING
(Book One of The Faerie Ring Series)

THE TORN WING
(Book Two of The Faerie Ring Series)

“I
vy, did you see him?” Mira nudged me as she bounced in place—which she always did when she was excited—and stared at the retreating back of our star quarterback, Kellen ‘I’m God’s Gift to Griffin High’ Peterson.

I yanked my trig book out of my locker and juggled its heavy weight in one arm while I shrugged my backpack over my other shoulder. Hopefully, I wouldn’t be completely deformed with one shoulder six inches lower than the other by the time I graduated.

“No. Who was it?” I asked in an innocent tone. Mira had been hooked on Kellen since the end of last year when some freshman had spilled his hot lunch tray—spaghetti—all over her. Kellen, who had been standing in line behind her, had very nicely helped her clean it up. Instant obsession—just add tomato sauce. I slammed my locker shut with a jarring clang. Trig was out in a portable and I had to hurry to get there on time.

“It was Q,” Mira whispered. “He’s wearing his jersey because of the game tonight.” She sighed. “Number Twelve.”

“Quincy Jones is here?” I asked.

Mira scowled at me. Her straight blond hair, complete with a streak of Griffin Eagle’s blue, was cut in long shaggy layers that fell over her eyes making her look like an anime character, one of her many obsessions. The ponytails on each side of her head wiggled like little animals trapped in the undergrowth as she fake-smiled at me.

“Very funny. You know Q is Kellen’s code name.” She narrowed her eyes, making the heavy eyeliner she used look like two black slashes across her face. “Don’t pretend you don’t know. Oh, and by the way, you’re like the only person under the age of fifty who even knows who Quincy Jones is.”

“Oh, that Q,” I deadpanned, “the quadriplegic.”

“Stop that,” she hissed. “That is so politically incorrect. What is wrong with you? Q is for—” she paused, searching for the right adjective— “for the quintessential quarterback,” she said with a dramatic fling of her arm. She was wearing blue fingerless gloves and smacked some guy who was behind us right in the face. “Oops, sorry.”

I rolled my eyes. “In case you didn’t notice, Q the Fabulous is still going out with Laurel Simmons.”

I glanced pointedly at her combat boots, blue and white striped over-the-knee socks and skimmed up to her blue skirt and white blouse with the blue cami peeking from underneath. I raised my eyebrows. “You think he’s going to go for militant English school girl soon?”

“That’s
sexy
militant English school girl, thank you very much.” She propped her hand on her hip. “And yeah. Why not? He just doesn’t know me yet.”

Lily Jenkins rushed by as we walked the other way down the hallway. Freckles covered her nose making her look younger than her seventeen years. The fact that she was one of the last seniors to still wear braces didn’t help. Her red curls bounced wildly around her head. “See you guys tonight!” she cried. “I’m so excited!”

“Be there at five,” Mira called after her.

“C’mon.” I linked my arm through hers. “Hurry up—I’ve got to get all the way out to portable three. I thought you said you had a class with Q.”

“Make that the same planet.” I laughed, dodging around a couple holding hands in the hallway.

Mira made a point of perusing my teal-colored North Face jacket. I was wearing a pair of skinny jeans tucked into grey suede boots that laced up the back. My outfit was the same basic uniform of probably one hundred other girls in school, which was fine by me. Mira’s lip curled in disgust. “At least I’m different.”

I shook my head. “You’re wasting your time, Mira.”

She pointed her nose in the air. “Ivy, stop being so practical. Someone’s got to believe in the power of true love. Isn’t there anyone out there who makes your heart zing when you see them?”

I shook my head. Mira was the romantic, not me. Who had time to look for true love with the academic load I was carrying? My parents had a dream for me: to be a doctor. I didn’t dare disappoint them—even though I had a different dream to study music. But I did wonder sometimes if I would ever fall in love. My older brother was a senior in college, also working to be a doctor, and he still hadn’t had a serious girlfriend. We were a practical family. Did people like us find true love?

I adjusted the strap of my backpack to a more comfortable position. “Sometimes practicality is under-rated. Which is better—lusting after an impossible dream or settling for reality?”

“Never settle.” Mira waved her arms and spoke in a lofty voice. “Dreams are the stuff that our lives are made on…”

I curled my nose. Drama was Mira’s favorite subject and she was always quoting passages from well-known plays—usually incorrectly. “Dude, was that supposed to be Shakespeare? Because that was totally messed up.”

“Hush.” Mira snapped her fingers at me. “That was loosely paraphrased from The Tempest and you know what I mean.”

“
Really
loosely,” I laughed. “Why don’t you stalk somebody like Tank Bergstrom who at least knows you’re alive?”

Mira snorted. “In case you haven’t noticed, Tank is in love with his electric guitar. I don’t want to break them up.” She flipped her hair as she turned the corner, the blond ponytails flying.

I smiled as I turned the other direction. “See you after school.”

AFTER THE FINAL bell rang Mira and I met at the locker to grab our homework before heading to the back parking lot.

“Yes!” Mira cried, thrusting her hands into the air as we escaped into the late September sunlight. The sky was a brilliant blue with one long white vapor trail cutting across it—fading proof of someone’s escape from the mundane life in Small Town, USA. She skipped across the asphalt, her arms flung wide. “Freedom!”

The mood seemed to be contagious. Everyone was celebrating the fact that it was Friday and the Homecoming game and dance were tonight. Kids were yelling and joking. Music was blasting from a black Nissan. A couple of guys were throwing a football across the parking lot.

Tristan's Redemption by Blackburn, Candace
Lightborn by Sinclair, Alison
The Valley by John Renehan
The Far Shores (The Central Series) by Rawlins, Zachary
Prove Me Wrong by Gemma Hart
A Marine’s Proposal by Carlisle, Lisa
Gloria by Kerry Young
The Summer of Jake by Rachel Bailey
Rough Country by John Sandford
All I Need by Stivali, Karen
Our partner