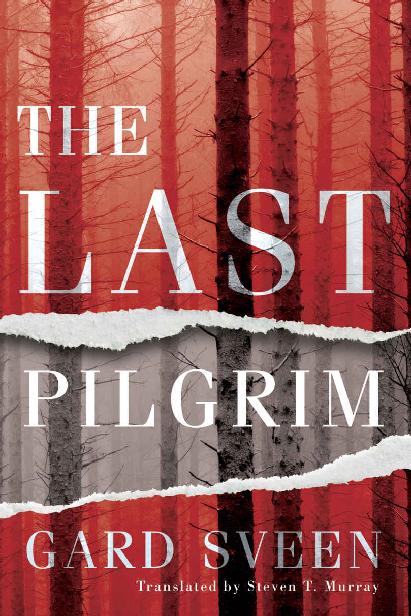 Young, lovely Norwegian Agnes Gerner is waging a dangerous and secret fight. Outwardly, she is a devoted Nazi sympathizer engaged to a prominent businessman. In fact, she is part of an underground resistance doing everything to win the war against the Germans. The only hope she has of being reunited with the man she truly loves—who serves under the code name “Pilgrim”—is if the Nazis are defeated. Of course, there’s no guarantee that she’ll be alive when that happens…

Many years later, three sets of remains are found in a popular Oslo forest—two adults and a child. Despite his boss’s call to not spend extra time on the old case, Detective Tommy Bergmann cannot help but dig deeper, especially as he uncovers connections to a more recent murder. As he unravels the secrets of the past, it becomes clear that everything is permissible in war—and that only those who reject love can come out victorious.

Gard Sveen is an award-winning crime novelist who divides his time between writing and working as a senior adviser to the Norwegian Ministry of Defense.
The Last Pilgrim
, his debut novel, was originally published as
Den siste pilgrimen
in Norway and is the first in the series featuring troubled police detective Tommy Bergmann.

The novel was an instant hit with critics and readers, and it went on to win the Riverton Prize in 2013, the prestigious Glass Key in 2014, and the Maurits Hansen Award, also in 2014. Sveen is the only author to date who has received all three honors for a first novel. The only other author who has managed to win both a Riverton and a Glass Key for their debut novel is Jo Nesbø.

Sveen is currently working on his third book in the Tommy Bergmann Series. 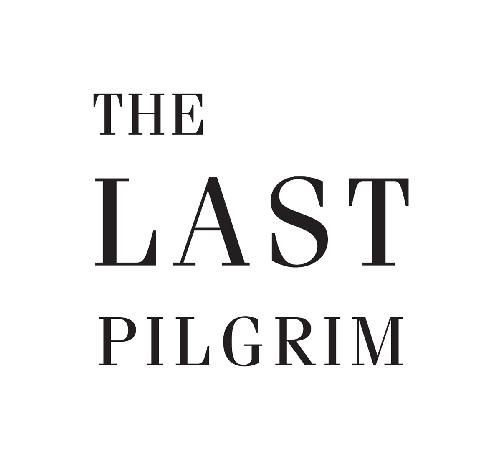 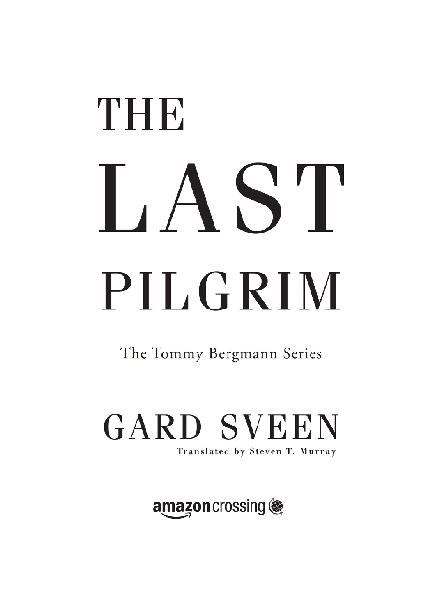 Previously published as
Den siste pilgrimen
by Vigmostad og Bjørke in 2013 in Norway. Translated from Norwegian by Steven T. Murray. First published in English by AmazonCrossing in 2016.

Amazon, the Amazon logo, and AmazonCrossing are trademarks of
Amazon.com
, Inc., or its affiliates.

Only when she had parked in front of the large timbered house did the young housekeeper realize that the gate up by the road had not been closed. Even so, she remained sitting in her car for almost a minute to finish listening to a song on the radio. As the song faded out she turned off the radio, got out of the car, and looked back up the paved driveway.

The wrought-iron gate stood wide open, and she hadn’t opened it when she drove in.

One thing she’d learned after almost a year of having Carl Oscar Krogh on her client list was that he was a stickler on that point. The first question he’d asked her when she arrived was whether she’d remembered to close the gate behind her. And the same reminder was always repeated as she left for the day: “You
must
remember to close the gate behind you.”

And the dog,
she thought.
Where’s the dog?

The frisky English setter, which still scared her a little, hadn’t barked or yanked on its chain in the backyard. The dog always made its presence known, excited to go out for the day’s long walk as soon as she got out of her car.

The housekeeper turned toward the house. She slammed the car door, a little too hard. The metallic thunk rang in her ears before everything went quiet around her, quieter than before.
And so much warmer,
she thought. The sudden heat wave that had descended upon the city yesterday no longer seemed pleasant, but unbearable.

After she had rung the doorbell twice, there was no longer any doubt.

She had a creepy feeling that somebody had quite recently—only a few minutes ago—stood on the stairs just as she was now. Someone who didn’t belong there.

She rang the doorbell again.

Finally she put her hand on the heavy door handle. Locked. As she turned around, she silently cursed this huge, lonely property and the tall spruce trees forming a windbreak that blocked any view from outside. It was as though she was all alone in the world. Not a soul would hear her if she shouted.

She walked slowly around the side of the house. She stopped at the kitchen window, put her hands on the windowpane, and peered inside. Empty. Then she continued past the library down the flagstone path that led to the terrace in the rear. She moved cautiously, trying to make as little noise as possible. When she was three feet from the corner of the house, she stopped and ran her hand along the corner beam, which was warm from the blazing sun. Normally she would have waved off the bugs buzzing in front of her face, but now she didn’t even notice them. She was concentrating on staring straight ahead, which somehow calmed her. She scarcely noticed the city spread out far below and the zigzag pattern of white boats as they silently sliced across the fjord.

She rounded the corner of the house and noticed the white curtains billowing out of the terrace doorway.

Something flickered at the edge of her field of vision, something on the flagstones by the lawn furniture. A pool of red fanned out beneath the dead body of the dog. The black-and-white spotted throat gaped up at her. The blood looked as though it had hardly begun to congeal.

She considered running back to her car, but her legs propelled her toward the terrace.

As she moved slowly toward the billowing curtains, she silently prayed to God to watch over her.

She sidestepped the dead dog and entered the living room. In the middle of the floor lay what had once been Carl Oscar Krogh. Even his eyes were gone, chopped up like jellyfish.

How could they?
she thought.
How could anyone do such a thing to another human being?

Captain Kaj Holt of the Norwegian Resistance movement Milorg stopped at the parade ground. He studied the barracks arranged in front of him for a moment. Then he turned around and looked toward the gate through which he had entered, as though to assure himself that it wasn’t too late to turn back.

Wasn’t it true that you should never ask a question if you didn’t want to know the answer? Maybe it was best not to know and instead resign yourself to the way things were, as normal people did, and get on with your life. The only problem was that he no longer had any life to get on with. The war would not let him go.

“It would’ve been best if they’d caught you too,” said Kaj Holt quietly to himself. That was what his wife had said.

A few minutes later, he had simply walked out the door, abandoning everything that had kept him alive for the past five years: his wife, his child, all of it. The first night he slept outside had felt like liberation.

He shook off the memories and pulled out the interrogation orders from the side pocket of his uniform jacket. He spread out the paper and read the words he himself had entered into the blanks on the form.
Hauptsturmführer Peter Waldhorst. Security Police (SIPO) Division IV. Foreign Service Post Lillehammer.
At the bottom of the page was Holt’s own signature. Although a handful of people knew that he was in Lillehammer, no one knew why he was there. That was best for the time being. Not many people knew that a group of German officers had been transferred to this camp, which still housed a large number of Soviet prisoners of war.

No More Secrets by Terry Towers
Letting go of Grace by Ellie Meade
Working with Disney by Don Peri
Primal Claim by Marie Johnston
The Crane Wife by Patrick Ness
In the River Darkness by Marlene Röder
The Final Leap by John Bateson
Speak No Evil by Allison Brennan
Girl on Tour (Kylie Ryans) by Quinn, Caisey
The Evolution of Bruno Littlemore by Benjamin Hale
Our partner