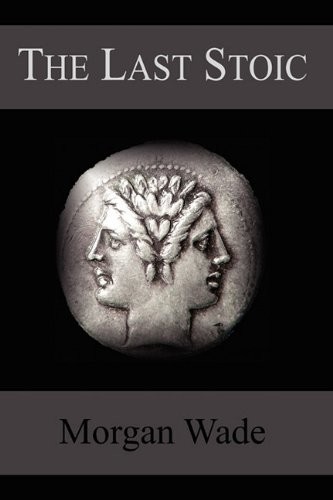 No part of this book may be reproduced except by a reviewer who may
quote brief passages in a review.  The use of any part of this publication
reproduced, transmitted in any form or by any means, electronic, mechanical,
photocopied, recorded or otherwise stored in a retrieval system without prior
written consent of the publisher is an infringement of the copyright law.

This book is a work of fiction. Names, characters, places and events
are either products of the author’s imagination or are employed fictitiously.
Any resemblance to actual events, locales or persons, living or dead, is
entirely coincidental.

to Tai of Hidden Brook
Press for publishing this book;

to Claudia and Terry Wade, for all of their love and support, and for fostering a love of reading;

to David Anderson for
fostering a love of learning and, especially, writing;

to Professor James Fraser
(Edinburgh University), for ferreting out historical inaccuracies -- all
remaining errors are my own;

to Mark Uygur and David
Seymour, for their encouragement and interest, for keeping the faith, and for
the impromptu late-night, long-distance readings;

to Michael Helm for
unstinting criticism and insistence on good craft, for making me a better
writer and
The Last Stoic
a better book;

to Helen Humphreys for
her generosity, her expert guidance, and the inspiring example of her writing.
The Last Stoic
would not have made it this far without her;

to my grandfathers Murray
and Norman were often in my thoughts during the writing of this novel;

to Nancy, my first and
last reader, thanks and love for her boundless patience, encouragement, and
sound advice.

It has been a real
pleasure to have worked with Morgan Wade on
The Last Stoic
. Morgan has
written a book that is highly original and beautifully executed. The balance
between the Roman world and the modern world is maintained with skill and adroitness,
and the narrative is deftly woven through both of these time periods, never
faltering or losing momentum.

The Last Stoic
is a fascinating, parallel look at two societies
who are not, as it turns out, as different or distinct as one might think.

The hour of your departure draws
near; if you will but forget all else and pay sole regard to the helmsman of
your soul and the divine spark within you – if you will but exchange your fear
of having to end your life some day for a fear of failing even to begin it …
you can yet become a man …

…try to see, before it is too
late, that you have within you something higher and more godlike than mere
instincts which move your emotions and twitch you like a puppet.  Which of
these is it, then, that is clouding my understanding at this moment?  Fear, jealousy,
lust, or some other?

Show your confidence.  Show
you're not afraid. Go to restaurants. Go shopping.

Commodus did not notice the dusky figure lingering at the
foot of the vast, marble bath, just beyond the candle glow.
He was preoccupied with the
parchment that Galen had presented to him earlier that evening; he spooled and
unspooled it, glancing idly at the mass of script.  Actually reading his late
father’s journal, at this hour and in his condition, would take an effort he
had no intention of summoning.  He’d read as far as the second line…

From the reputation and
remembrance of my father, modesty and a
manly character.

…and then was content to toy with
it between his meaty fingers.

A scuffing of sandal leather
against stone echoed through the caldarium.  Commodus hoisted his body from one
side of the pool to the other, scanning the shadows, choking back the familiar
reflux.  The cylinder of goatskin buckled under his tightened grip.  Tepid
water, viscous with a dozen oils and perfumes, slopped unctuously between his
thighs and under his buttocks as he rolled over, exacerbating the churn of his
stomach.  He propped himself up on the side of the bath and squinted through
the wine-coloured mist filming his eyes.

“Who’s that?  Identify yourself!”

The man padded forward.
Candle-light flickered across his features, accentuating the lines of sinew and
ridges of muscle.  He gazed toward the emperor, handsome and haughty.

“Oh!  It’s you,” sighed
Commodus.  Narcissus, the Nubian slave who called himself Khaleme, the
emperor’s wrestling partner.  He also provided massages, strigilings,
spongings, and other bathing services.  Marcia, his concubine, sent him up as
yet another exotic dish, a dessert.  He imagined how he would punish her for
such presumptuousness and it caused a stir in his groin that was both faint and
fleeting.

Commodus was in no mood for extras
on this night.  Earlier, he had forced down more bloody portions of that very
rare roast beef than he was otherwise inclined, prodded by Marcia’s urging.  It
increases a man’s sexual vigour, she had effused.  And then there was the array
of smelly cheeses from Belgica, olives from Apulia, the hen, quail, pigeon,
peacock, and ostrich eggs, sea urchins from Misenum, mussels and clams from
Ostia, potted hare and venison from the forests of Germania, pickled tuna and
grilled mullet from the Hispanic coast, trout and pheasant from Britannia,
broiled Egyptian flamingo stuffed with figs, roast side of Umbrian boar, sow’s
udder, antelope tongue, sheep stomach, calf brains.  The five cups of undiluted
Falernian wine that sluiced down dinner were just enough to numb his gouty
toes, but they constituted no more than an average evening’s drinking.
Although he had vomited twice since dinner, once more than was typical, there
was none of the customary reinvigoration.  At his age, stomach ache so
regularly accompanied suppertime it hardly merited a mention.  But this
indigestion brought with it an uncommon sharpness.

The emperor made a sound like air
escaping slowly from a bladder.

The slave did not withdraw.

Narcissus moved forward
noiselessly and with purpose, like a leopard.  Commodus watched, his burly
jaw-hinge slackened, muted by the unprecedented insubordination.  Narcissus
moved behind the emperor and he began to massage his thickly knotted shoulders.
The emperor’s shock waned as waves of pleasure rolled up his neck and down his
back, tension melting under the forceful manipulations.  For a moment, the warm
sensation spreading out from the kneading fingers held at bay the discomfort
threatening from his abdomen.  But within minutes the nausea swelled again and
Commodus was reminded of his slave’s appalling disobedience.

Quick fingers clenched around the
emperor’s windpipe, treating him to the second great shock of the evening.

Commodus dropped the roll of
parchment to the edge of the bath and clutched at the black, straining fingers
pressing into his neck.  He was larger and heavier than his assailant, but in
his weakened state he was unable to resist.  This was one wrestling match that
the Nubian would not artfully lose.

The smile on the emperor’s face
looked more like a grimace.  He knew now why Marcia had been shoveling plate
after heaping plate at him.  At the time, it had seemed peculiar how no-one
else had partaken of the roast beef.  Now it was obvious.  Poison.  The extra
regurgitation earlier had saved his life, temporarily.  Frustrated, Marcia had
sent Narcissus to finish the job.  Commodus ground his teeth imagining her clandestine collaborations with the magnificent athlete, rutting with him like a
bitch, by way of concluding the deal.  Again, most inappropriately, he was
aroused.

Narcissus, disgusted, poured
every ounce of reserved strength into his constricting fingers.  There was a
loud pop of cracking vertebrae and tearing ligaments.  As the oxygen dissipated
from the emperor’s body, his resistance abated and he began to revert to a
foetal position, crunching himself into a ball.  From the emperor’s core a
final chasm of fear yawned and caused an utter evacuation of his bowels.  The
cooling water of the bath, originally sweet with aromatics, now darkened and
muddied into a foul broth.  Through his diminishing consciousness, Commodus
could see his father, standing on a distant hill, clad in gold armour, bathed
in the warmth of a Mediterranean sun reflected and redoubled in its
brilliance.  The emperor began to cry the pure, unrestrained tears of a baby.
In his fading reverie he called out to his father, but the distance was too
great, and his words were carried away by the wind.

The emperor’s eyes closed and he
was limp.  Narcissus, having completed his task, relaxed his grip, his fingers
aching with the strain of their work.  He stood, bent to retrieve the crumpled
parchment from the stone floor, and turned to rejoin the shadows.  The mass of
the emperor’s body began to sink into the thick water until, with a soft
burble, he submerged.

Bethlehem Road by Anne Perry
Not-God by Ernest Kurtz
The Orphans Series Vol. 1: The Orphans by Evans, M.
Kedrigern in Wanderland by John Morressy
When The Jaguar Sleeps: A jungle adventure by Kalis, J.A.
Sharp Turn by Marianne Delacourt
The Widow and the King by John Dickinson
Unwrapped: An Urban Fantasy Adventure (Werewolves vs. Mummies Book 3) by J.A Cipriano
The Anomaly by J.A. Cooper
Ascension of Evil (Battle for Souls Book 3) by Ciara Knight
Our partner