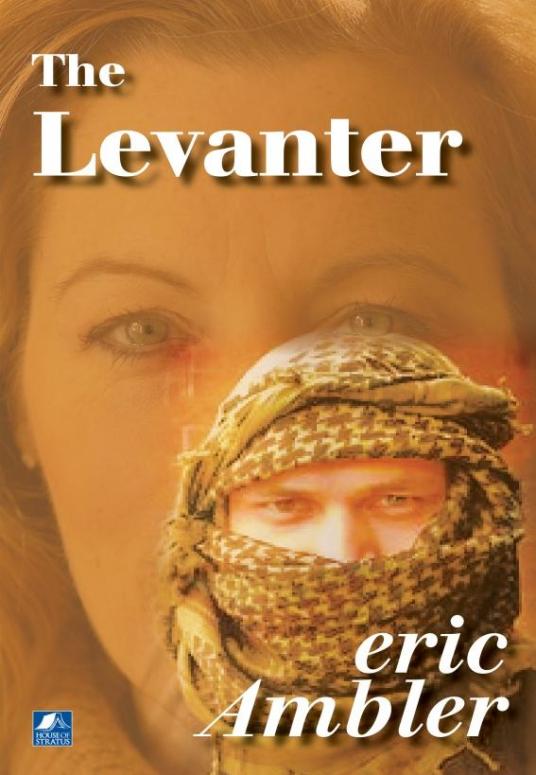 The right of Eric Ambler to be identified as the author of this work has been asserted.

Eric Clifford Ambler
was born in London 1909, the eldest child of a part time entertainer and advertising executive father who had moved from Lancashire. His mother was the daughter of a London cabinet maker. Aged eight, he won a scholarship to a south-London Grammar School, which he later admitted to loathing. He did enjoy science, however, and aged fifteen won an engineering scholarship to a college in Islington, which was associated with London University, but left without taking a degree to work as a technical trainee in the Edison Swan Electrical Company. Progression to the publicity department of the company led to a position with the its advertising agency, where he did well and became a director aged twenty six.

He also took to writing; plays initially as he had maintained a fascination with the theatre given his parent’s interests. These, however, failed to find an appreciative audience and remained largely unpublished and so he turned his talents to a novel;
The Dark Frontier
, followed quickly by
Uncommon Danger
, which was published in 1937. Neither were particularly well received by the critics. They were thrillers, but not of the ilk critics were used to. Ambler had developed decidedly left wing tendencies and a like circle of friends and he sought to bring what he saw as social realism to his work. He regarded the likes of Sapper and other authors of the time as writing about establishment figures who inhabited a world very different from reality.

Nonetheless, the two novels were enough to gain him a contract to produce two books a year for a small stipend. He moved to France, so as to make ends meet more easily and also because he felt it was a more stimulating environment. In his own words: ‘France was full of
emigrés
, some living on their wits, others with the most lurid of pasts. These were the sort of people I wanted to write about’. The result was
The Mask of Dimitrios
, which is regarded as the first of many novels which established Ambler as the ‘
father of the modern spy novel
’ and lead John Le Carre to later claim Ambler was the ‘
one they all followed
’.

In 1939 Ambler married Harriet, an American fashion artist, before going off to war to serve in the Royal Artillery. From there, he was transferred to the army film unit where he progressed to the rank of lieutenant-colonel and began a long association with the big screen. He made over ninety films for the army, for both information and propaganda purposes, but some were notable and have survived the test of time, including
The Way Ahead
with David Niven and Peter Ustinov. During a spell in Italy, he met Humphrey Bogart who was entertaining the troops near Naples, and also the director John Huston.

After the war, Ambler worked as a screenwriter, mostly in America for the Rank Organisation where he had a very successful career, receiving an Academy Award for his work on
‘The Cruel Sea’
in 1953. There were some commercial failures, however, David Lean’s
Passionate Friends
(1949) which was based on the novel by H.G. Wells, and
Madeleine
(1950), being examples. However, Ambler's adaptation of Arnold Bennett's novel
The Card
, starring Alec Guinness and Glynis Johns, was a hit in 1952.

It was in Hollywood he met his second wife, the film and television producer Joan Harrison, having been divorced from Harriet in 1958. Joan was producing a very successful television series,
Alfred Hitchcock Presents
, and hired Ambler as one of the writers. At the turn of the decade, Ambler created a TV show of his own,
Checkmate
, set in San Francisco and featuring the exploits of three private detectives.

Between 1940 and 1951 Ambler wrote no novels, but then penned a series of thrillers with Charles Rodda under the pseudonym Eliot Reed, which have now been re-published under the '
Ambler umbrella
'. He then returned to writing under his own name with
Judgement on Deltchev
, which marked a seed change in philosophical style. By now his political views had moved away from the left, perhaps through American influence, or maybe a realisation the various socialist experiments in government in the world had simply resulted in old fashioned dictatorships.
Deltchev
reflected this ideological change in effectively mocking Stalinist government through the story of a typical show trial set in the Balkans, albeit with many thrilling aspects to interest the reader.

By 1969, Ambler was bored with screen writing and increasingly frustrated with being asked to produce specific results so as to ensure Hollywood stars took the lead whatever the storyline. This came to a head after many re-writes of
Mutiny on the Bounty
which eventually starred Marlon Brando as Fletcher Christian, whom Ambler was being pushed to show as a far more dominant character than Captain Bligh.

He moved to Switzerland where he continued to write novels, until returning to England in 1985. The one facet of his earlier work retained in all later novels was that the central character remained not necessarily well connected, or found to be harbouring aspirations to become a member of the establishment. Usually, he was a well meaning amateur underdog who somehow overcame sometimes extreme adversity to win through. Indeed, as he progressed through his canon, Ambler gradually dropped any attempt at portraying a political, or social, message and simply concentrated on well formulated stories centred on a complex web of intrigues. These might be set against political, or criminal, backgrounds, or both, but without any particular ideological intent. This is seen, at least in part, in his much admired
Dr Frigo
, where Ernesto Castillo, a doctor in a civil hospital on a small island in the French Antilles and the son of an assassinated political leader, is drawn into politics against his better judgment, and in the process has his own idealism destroyed. The later novels, however, were the commercial equals of the earlier ones, if not their betters, and a number such as
Light of Day
(also published as
Topkapi
) and
The Levanter
also brought Ambler wide critical acclaim.

In the year that he returned to England Ambler’s autobiography,
Here Lies Eric Ambler
, was published. This only covered his life up to and including the War. Included is one fascinating story he recounts from 1934 whilst still working in advertising. Vacationing in Marseilles, Ambler was cheated out of money whilst playing poker dice with a bartender. At a street crossing in the city he then fantasised about murdering the man with a rifle. Upon the same spot, one year later, a Croatian assassin shot and killed King Alexander of Yugoslavia.

He later recalled: 'I felt I had a fresh bit of my character, which was an assassin. And I felt there were people all over Europe just like me, just ready for the word to kill…. I felt oddly guilty, but also pleased. In the Mediterranean sunshine there were strange and violent men with whom I could identify, and with whom, in a way, I was now in touch.'

Many of Ambler’s own works have been filmed, notably
The Light of Day (Topkapi)
, which starred Peter Ustinov as the petty thief, Arthur Simpson. There is currently another version of this in development, to be entitled
The Topkapi Affair
and starring Piers Brosnan, in which the now famous character
Thomas Crown
is scheduled to be written into the plot.

Ambler was awarded four
Gold Dagger
Awards from the British Crime Writers Association and a
Diamond Dagger
for lifetime achievement in 1986. He was also awarded an Edgar by The Mystery Writers of America in 1964 and was named as
Grand Master
in 1975. Many other literary awards from around the globe were also gained and he received an OBE in 1981. He died in London in 1998, four years after the death of his wife.

‘Ambler is incapable of writing a dull paragraph...’ - The Sunday Times

‘The foremost thriller writer of our time...’ - Time

‘The greatest spy novelist of all time...’ - San Francisco Chronicle

‘Ambler towers over most of his newer imitators’ - Los Angeles Times

‘Ambler may well be the best writer of suspense stories .. He is the master craftsman’ - Life

levanter 1 n
(Levant,
the countries of the eastern Mediterranean, +er)