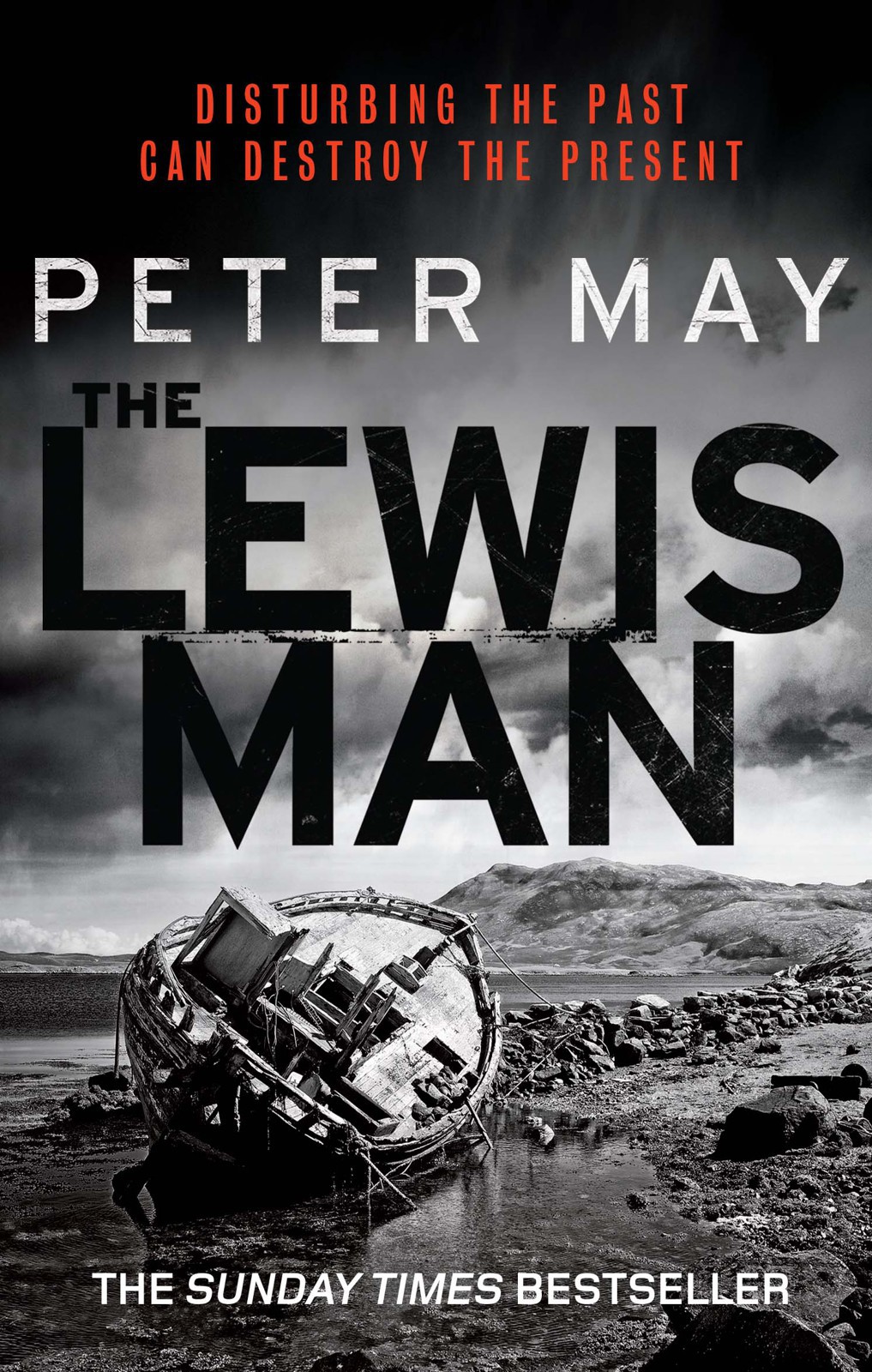 Copyright © 2012 by Peter May, represented by Rouergue

The moral right of Peter May to be
identified as the author of this work has been
asserted in accordance with the Copyright,
Designs and Patents Act, 1988.

Extract from ‘The Old Fools’ taken from
Collected Poems
by Philip Larkin.
Reprinted by permission of Faber & Faber Ltd.

All rights reserved. No part of this publication
may be reproduced or transmitted in any form
or by any means, electronic or mechanical,
including photocopy, recording, or any
information storage and retrieval system,
without permission in writing from the publisher.

This book is a work of fiction. Names, characters,
businesses, organisations, places and events are
either the product of the author’s imagination
or are used fictitiously. Any resemblance to
actual persons, living or dead, events or
locales is entirely coincidental.

Also by Peter May

In memory of my dad

That is where they live:
Not here and now, but where all happened once.

From ‘The Old Fools’ by Philip Larkin

On this storm-lashed island three hours off the north-west coast of Scotland, what little soil exists gives the people their food and their heat. It also takes their dead. And very occasionally, as today, gives one up.

It is a social thing, the peat-cutting. Family, neighbours, children, all gathered on the moor with a mild wind blowing out of the south-west to dry the grasses and keep the midges at bay. Annag is just five years old. It is her first peat-cutting, and the one she will remember for the rest of her life.

She has spent the morning with her grandmother in the kitchen of the crofthouse watching eggs boil on the old Enchantress stove, fired by last year’s peat. Now the women head out across the moor carrying hampers, Annag barefoot, the bog’s brown waters squishing between her toes as she runs ahead over prickly heather, transported by the excitement of the day.

The sky fills her eyes. A sky torn and shredded by the wind. A sky that leaks sunlight in momentary flashes to spill across dead grasses where the white tips of bog cotton dip and dive in frantic eddies of turbulent air. In the next days the wild flowers of spring and early summer will turn the brown winter wastes yellow and purple, but for the moment they remain dormant, dead.

In the distance, the silhouettes of half a dozen men in overalls and cloth caps can be seen against the dazzle of sunlight flashing across an ocean that beats against cliffs of black, obdurate gneiss. It is almost blinding, and Annag raises her hand to shade her eyes to see them stoop and bow as the
tarasgeir
slides through soft black peat to turn it out in sodden square slabs. The land is scarred by generations of peat-cutting. Trenches twelve or eighteen inches deep, with fresh-cut turfs laid along the tops of them to dry on one side and then the other. In a few days the cutters will return for the
cruinneachadh,
the gathering of the peats into
rùdhain,
small triangular piles that allow the wind to blow between them and complete the drying.

In time they will be collected in a cart and taken back to the croft, dry brittle peats laid like bricks, one upon the other, in a herring-bone pattern, to construct the stack that will keep the family warm and cook the food that will fill their bellies all next winter.

It is how the people of the Isle of Lewis, this northernmost island in the Scottish Hebridean archipelago, have survived for centuries. And in this time of financial uncertainty, as the cost of fuel soars, those with open hearths and stoves have returned in droves to the traditions of their ancestors. For here the only cost of heating your home is the expenditure of your labour and your devotion to God.

But for Annag it is just an adventure, out here on the wind-blasted moor with the soft air filling her mouth as she laughs and calls out to her father and grandfather, the voices of her mother and grandmother in shouted conversation somewhere behind her. She has no sense at all of the tension that has caught the little clutch of peat-cutters ahead of her. No way, from her limited experience, of reading the body language of the men crouched down around the stretch of trench wall that has collapsed about their feet.

Too late her father sees her coming and shouts at her to stay back. Too late for her to stop her forward momentum, or respond to the panic in his voice. The men stand suddenly, turning towards her, and she sees her brother’s face the colour of cotton sheets laid out in the sun to bleach.

And she follows his eyes down to the fallen peat bank and the arm that lies stretched out towards her, leathery skin like brown parchment, fingers curled as if holding an invisible ball. One leg lies twisted over the other, a head tipped towards the ditch as if in search of a lost life, black holes where the eyes should have been.

For a moment she is lost in a sea of incomprehension, before realisation washes over her, and the scream is whipped from her mouth by the wind.

Gunn saw the vehicles parked at the roadside from some distance away. The sky was black and blue, brooding, contused, rolling in off the ocean low and unbroken. The first spits of rain were smeared across his windscreen by the intermittent passage of its wipers. The pewter of the ocean itself was punctuated by the whites of breaking waves ten or fifteen feet high, and the solitary blue flashing light of the police car next to the ambulance was swallowed into insignificance by the vastness of the landscape.

Beyond the vehicles, the harled houses of Siader huddled against the prevailing weather, expectant and weary, but accustomed to its relentless assault. Not a single tree broke the horizon. Just lines of rotting fenceposts along the roadside, and the rusting remains of tractors and cars in deserted yards. Blasted shrubs showing brave green tips clung on with stubborn roots to thin soil in anticipation of better days to come, and a sea of bog cotton shifted in ripples and currents like water in the wind.

Gunn parked beside the police car and stepped out into the blast. Thick dark hair growing back in a widow’s peak from a furrowed forehead was whipped into the air, and he gathered his black quilted anorak around him. He cursed the fact that he had not thought to bring a pair of boots, and stepped at first gingerly through the soft ground, before feeling the chill of the bog water seeping into his shoes and soaking through his socks.

He reached the first of the peat banks, and followed a path along the top of it, skirting the clusters of drying turfs. The uniforms had hammered metal stakes into soft ground to mark off the site with blue and white crime-scene tape that hummed and twisted, fibrillating in the wind. The smell of peat smoke reached him from the nearest crofthouses some half a mile away out towards the edge of the cliffs.

A group of men stood around the body almost leaning into the wind, the fluorescent yellow of ambulance men waiting to take it away, policemen in black waterproofs and chequered hats who thought they had seen it all before. Until now.

They parted wordlessly to let Gunn through, and he saw the police surgeon crouched down, leaning over the corpse, delicately brushing aside crumbling peat with latexed fingers. He looked up as Gunn loomed overhead, and Gunn saw for the first time the brown, withered skin of the dead man. He frowned. ‘Is he … coloured?’

‘Only by the peat. I’d say he was a Caucasian. Quite young. Late teens or early twenties. A classic bog body, almost perfectly preserved.’

‘You’ve seen one before?’

‘Never. But I’ve read about them. It’s the salt carried in the wind from the ocean that allows the peat moss to thrive here. And when the roots rot it creates acid. The acid preserves the body, almost pickling it. His organs should be virtually intact inside.’

Gunn gazed with unabashed curiosity at the almost mummified remains. ‘How did he die, Murdo?’

‘Violently, by the looks of it. There appear to be several stab wounds in the area of the chest, and his throat has been cut. But it’ll take the pathologist to give you a definitive cause of death, George.’ He stood up and peeled off his gloves. ‘Better get him out of here before the rain comes.’

Gunn nodded, but couldn’t take his eyes off the face of the young man locked in the peat. Although there was a shrivelled aspect to his features, they would be recognisable to anyone who knew him. Only the soft, exposed tissue of the eyes had decomposed. ‘How long’s he been here?’

Murdo’s laugh was lost in the wind. ‘Who knows? Hundreds of years, maybe even thousands. You’ll need an expert to tell you that.’

I don’t need to look at the clock to know the time.

It’s odd how the brown stain on the ceiling seems lighter in the mornings. The crystalline traces of mould that follow the crack through it seem somehow whiter. And strange how I always wake at the same hour. It’s not the light that creeps in around the edges of the curtains that does it, because there are so few hours of darkness at this time of year. It must be some internal clock. All those years rising with the dawn for the milking, and everything else that would fill the waking daylight hours. All gone now.

I quite enjoy looking at this stain on the ceiling. I don’t know why, but in the mornings it resembles a fine horse, saddled, and waiting to take me away to some brighter future. While at night, when it gets gloomy, it has a different mien. Like some rampant and horned creature ready to carry me off into darkness.

I hear the door open and turn to see a woman standing there. She seems familiar, but I can’t quite place her. Until she speaks.

Of course. It’s Mary. I’d know her voice anywhere. I wonder why she looks so sad. And something else. Something that turns down the corners of her mouth. Something like disgust. I know she used to love me, although I’m not sure that I ever loved her.

And then I smell it, too. Suddenly. Almost overpoweringly. Why didn’t I notice it before?

‘Get up,’ she says. ‘I’ll have to strip the bed. Go and put your pyjamas in the bath and take a shower.’

I swing my legs over the side of the bed and wait for her to help me to my feet. It never used to be like this. I was always the strong one. I remember the time she twisted her ankle up by the old sheep fank when we were gathering the beasts for the shearing. She couldn’t walk, and I had to carry her home. Almost two miles, with arms aching, and never one word of complaint. Why does she never remember that?

Can’t she see how humiliating this is? I turn my head away so that she won’t see the tears gathering in my eyes, and I can feel myself blinking them furiously away. I draw a deep breath. ‘Donald Duck.’

I glance at her and almost shrink from the anger I see in her eyes. Is that what I said? Donald Duck? That can’t have been what I meant. But I can’t think now what I did mean to say. So I say again, firmly, ‘Aye, Donald Duck.’