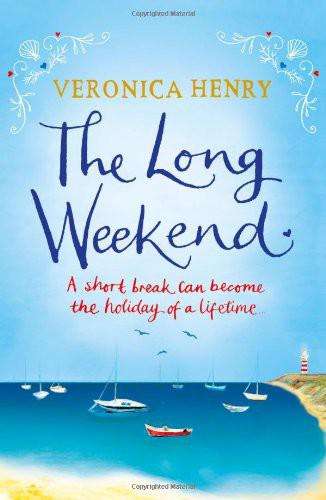 I know by the time you read this letter, you will be angry with me. But please, think beyond what you are feeling just now and try and understand why I chose to do this. I know you will think that I was the only one who had a choice in the matter, that I didn’t give you any, and maybe this is true. Maybe I was selfish. Maybe I did it for me. But then I didn’t want to have to make the choice in the first place. That’s the cruel thing
.

So. I hope you will forgive me, and remember me as I want to be remembered. Just as my last memory of each of you was as you should be – happy, laughing, carefree. Stay like that for ever, for me
.

With all my love, every
day
and always
,

E
ven now, after seven years, the smell of him after a night’s sleep, the faint, sharp scent of his sweat mingled with Issey Miyake, makes her shimmer inside
.

He has a full mouth and a broken nose – the story of how it was broken changes depending on how much he has drunk and who he is with – and his dark-brown curls are still pinned down by the bandanna he wears to tame them while he works. His lids flutter slightly in his sleep, hiding greeny-yellow eyes that sometimes burn orange. He turns, and the aftermath of half a bottle of grappa hits her, so raw it makes her eyes water. He needs to wind down, he tells her, after a night in the kitchen
.

She doesn’t buy that for a minute. He can do it with his eyes shut, cooking for a dining room full of people. It’s like breathing to him. Second nature
.

Excess, too, is in his nature. Which is partly what she loves about him. But partly the problem. He will sleep now till gone eleven. Whereas she’ll get up in ten minutes’ time. She always wakes before the alarm for fear that it might never go off. One of them has to be up. A hotel, after all, does not run itself, and the staff are only as good as the person pulling their strings
.

And Claire Marlowe is great at string-pulling. She is the mistress of delegation, of discretion, of diplomacy, of multitasking
.

Luca is good at cooking. And talking. And partying. And drinking. Which is why people want to eat in his restaurant and stay in his hotel
.

Luca is a legend
.

Living with a legend is exhausting, and Claire is tired. The very marrow of her bones yearns for rest. But this is going to be the busiest weekend of the year so far. The forecast is wonderful: guaranteed sunshine and warmth. It’s a chance for the population to kick back and relax. Unless they work in a pub or a bar or a garden centre
.

Or a five-star townhouse hotel by the sea
.

She flicks the alarm to ‘off’ before it squawks. She doesn’t need it to tell her it’s time to get up. She throws back the duvet. Beside her, Luca stirs. He reaches out an arm and curls it round her before she can roll out of bed. She feels his hand slide up and down her flank. Immediately her weary bones turn to liquid; she shuts her eyes for a moment
.

You can’t base a relationship on sex, she thinks. You can’t live with someone and excuse the fact that they take you totally for granted, just because their very touch makes you want to die
.

Outside she can hear the sound of the dustcarts collecting the recycling. Crash after crash as a week’s worth of empty bottles consumed by the residents of Fore Street disappears into the gaping yellow cavern. Bottles of milk, Merlot and mineral water shatter into shards with a satisfying smash. She feels sure the men make as much noise as they possibly can, although it is barely six. Wouldn’t you, if it was your job to collect other people’s rubbish?

She rolls out of Luca’s grasp. She’s not going to give him what he wants: her unconditional yielding warmth. She’s not here for his convenience. If he wants sex, he can at least do her the honour of gaining full consciousness first. Not that she’s not tempted. She can’t think of a nicer way to begin the day, to kick-start her body into action
.

It’s sad, she thinks, that sex has become a bargaining tool, that she is punishing him by withholding it, even though he is probably unaware of his punishment because he is out for the count. She longs to go back to when they first met, when she gave herself freely and willingly without thinking twice
.

But things have changed since then. Now they have responsibilities. Or rather, she has. Luca floats through on talent and charm alone, leaving Claire to balance the books
.

That was the deal right from the start, of course. They were organic and synthetic. Yin and yang. His skill in the kitchen and her business brain combined to make the perfect team. But somewhere along the line the balance has been lost and has tipped in his favour. Claire is feeling resentful
.

And there is nothing like resentment for destroying a relationship
.

She goes over to the skylight in the corner of the room and stands on a chair to look out at the rooftops. They are there, the trio of seagull chicks, ugly and expectant. She has monitored their progress since the day they hatched. She feels a tug deep inside her whenever she looks at them, and she knows damn well what that is. But there’s nothing she can do about it. She couldn’t possibly fit a baby into her life right now
.

Satisfied that the chicks are alive and well and haven’t fallen off the roof in their attempt to fly the nest, which they should be doing any day now, she breathes in the salty early-morning air. She can almost smell the sun, although she can’t see it yet from her vantage point. She imagines it bobbing up over the estuary with coy enthusiasm, ready to greet the visitors who will be flocking to Pennfleet in their hundreds over the weekend. They will fill the narrow winding streets and spill out on to the quay, as perpetually greedy for sustenance as the gull chicks. They will feast on fish and chips and ice cream and proper Cornish pasties and white paper bags full of crumbly fudge, and the townspeople will be grateful for the merry ringing of tills, if not the litter they will leave behind
.

Claire pads over to the shower. Their room is right up in the eaves, because the ceiling here is too low to be suitable for paying guests – even though Luca is six foot one and continually bashes his head on the beams. The plan was for them to buy a little place somewhere else in the town to escape to, but it has never materialised. They don’t have time to look. They don’t have any spare cash either. When they first moved to Pennfleet, Claire used to leaf longingly through the property pages during her coffee break, looking for a dear little whitewashed fisherman’s cottage to call their own, but all their money has been ploughed back into the hotel. So here they are, up in the roof. It’s a nice enough room, with wooden walls painted white and one of the big sleigh beds they have in the rest of the hotel, but there’s not much room for ‘stuff’ and barely any wardrobe space. She can only just squeeze in the selection of navy blue and black and grey wrap dresses she wears for work. She can’t remember the last time she wore any of her ‘Claire’ clothes, which are stored away in a vacuum-pack bag. She can’t remember her last day off. Even if she’s not front of house, she is squirrelled away in her office doing marketing plans, budgets, press releases
. . .

Her shower takes five minutes. Getting dressed takes another five. By quarter past six she is at the front desk, double-checking the staff rota, praying that no one will be tempted by the sun to throw a sickie
.

They are almost fully booked this weekend. Seven rooms and the restaurant. She will, if she is lucky, get twelve hours’ sleep over the next three days. She knows this is because she is a perfectionist, but that’s why they have been so successful. Because she doesn’t let anything slip
.

That, and Luca’s formidable reputation as a chef, which has been the subject of endless articles in the weekend supplements and magazines and foodie blogs. People are happy to make the three-hour train journey from London to Pennfleet for the weekend, just to taste the clever things he does with baby squid and borlotti beans and courgette flowers; his
gelati
are close to orgasmic – or so says an infamous food critic, who ordered five gallons of his honey, coffee and ricotta ice cream to keep in his own freezer. He’s quite the cover boy, Luca, which makes him a minor celebrity on this stretch of coast, infamous and instantly recognisable, but no one ever recognises Claire. Sometimes she feels totally invisible
.

Everyone comes to The Townhouse by the Sea for the Luca experience. But nobody realises that without Claire, he would be nothing. Nothing at all
.