Read The Lord's Passionate Lover (The Royals of Monaco, #3) Online

The Lord's Passionate Lover (The Royals of Monaco, #3) 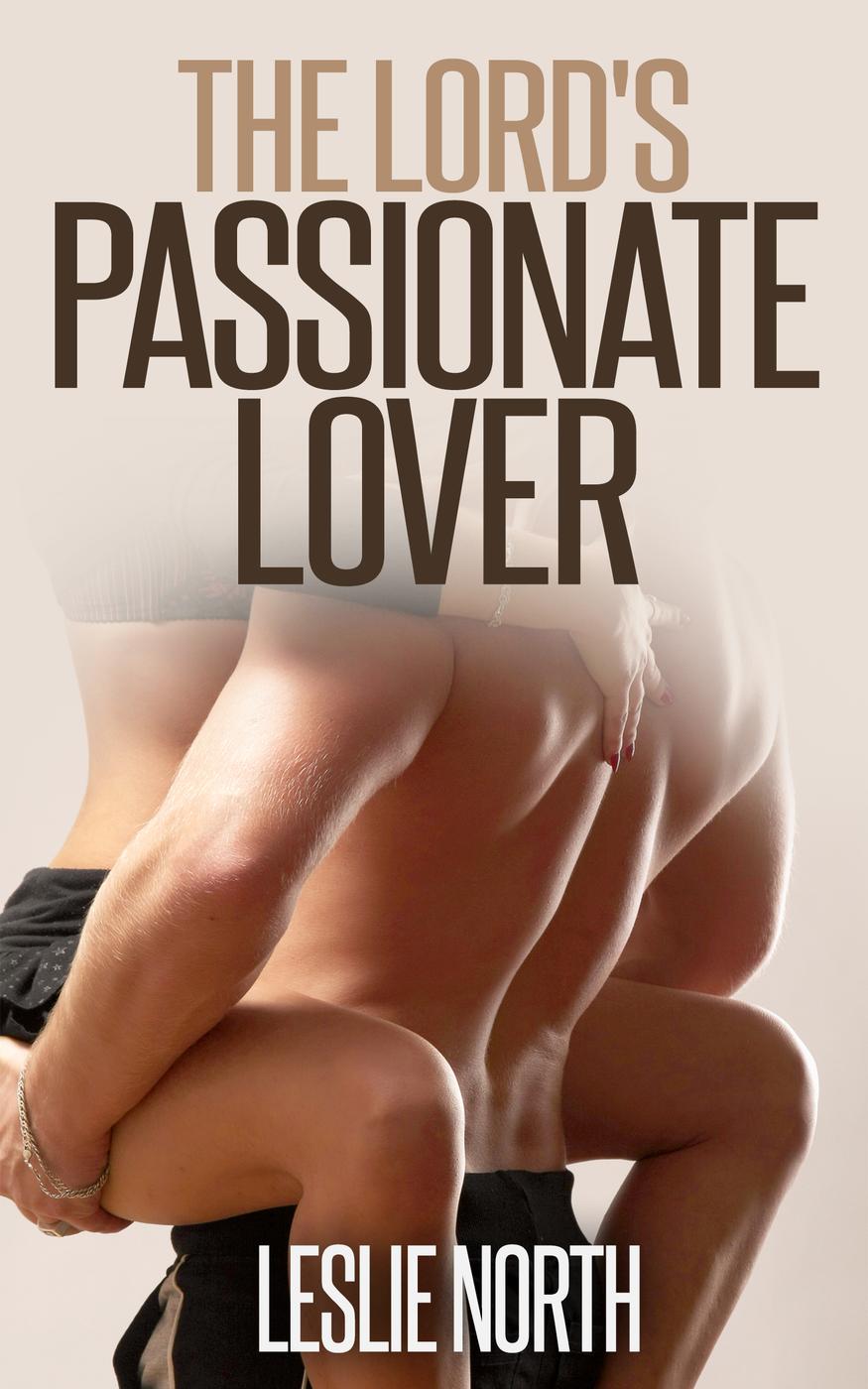 The Royals of Monaco, Volume 3

The Royals of Monaco

Owned by the Navy Seal

Used By The Master

Owned By The Navy Seal 2

Owned by the Navy Seal 3

The Royals of Monaco Book 3

Thank you for downloading ‘The Lord’s Passionate Lover’

I
dedicate this book to you, my loyal readers. Thank you for all the lovely e-mails, reviews, and support. Without you, this wouldn't be possible.

I’d also like to say a special thank you to
Leslie’s Lovelies
who have had a huge role in making this book – you’re the best! From voting on covers to proofreading the manuscript - THANK YOU for all your support:

“L
ouis, is it possible for Francesca to move into the palace?” Macee asked Prince Louis as she slipped into her white dress. She was getting ready for Princess Katherine's birthday.

“Why?” he asked, as he kissed her bare shoulders.

“Just like in the olden days, when there were single ladies living at court.”

Prince Louis laughed. “You want to find her a suitor?” he asked as he buttoned up his crisp white tuxedo shirt.

“Well, yes. But, no. I really miss having my sisters around and I would like her company.” Macee was still getting used to the idea of living in the palace. There were many rules that she still wasn’t used to. She could not simply up and leave whenever she wanted. She could not invite just anyone over either, as there were now security issues. On top of that, Liane was married now and could only visit on occasion. It was not the same as living there. Francesca still lived at home and since she too had been trained with Liane for court, she was the perfect person to move into the palace if only for a little while. And maybe while she was here she’d find someone, Macee could tell Francesca was getting lonely.

“Would she want to?”

“Yes, but would she be allowed?”

Macee turned to face her husband. “Your mother,” she said. Even though the drama surrounding the LeBlancs had died down, the queen was still not that keen on them.

“I can get around her, do not worry,” Prince Louis smiled at her. He picked up his bow tie and tied it on.

“You can get through her?”

“Of course.” He walked towards her and smacked her bottom causing Macee to jump. “Have you no faith, woman?” he asked her as he embraced her from behind, wrapping his arms around her. He pressed a small kiss on her neck. Macee giggled and pushed him away.

“Stop, we are due in the hall soon,” Macee admonished.

“Exactly,” he replied as he continued to kiss her neck. That gives us plenty of time.”

“This is how we got ourselves in this situation,” Macee replied dryly as she rubbed her belly. She and the Crown Prince had made love almost every night since they tore up the annulment.

Prince Louis ignored her protests and carried on kissing and touching her. He had to admit that he had never expected to be this happy in his life. When he was first betrothed to Liane, he accepted that it was an arranged marriage for political purposes, but when Liane got pregnant with his cousin’s child, he suddenly had the opportunity to choose a wife that he would love.

When Macee agreed to marry the Crown Prince, she did so grudgingly to avoid scandal for both families. She never anticipated that she would fall in love.

Macee playfully pushed him away and carried on getting dressed, but he would not be deterred. Taking her hand, he turned her around and cupped her face. Raining soft kisses across her forehead, eyes and cheeks, Macee gave in.

“So, perhaps we do have some time.”

Chuckling, the Prince captured her lips as she sighed. Walking her backwards, Macee bumped up against the bed before she slid on. Not breaking contact, he followed her, as she lay back. Kissing her chin, he continued to kiss his way down her body as Macee began to moan. It was so easy for him to ignite the fire burning inside her with only his kisses.

Rubbing her breasts through her bra, he blew warm air on her nipples as she arched her back up. Oh yes, she could definitely get used to this, she thought, as she stretched her arms out over her head. Kissing her cleavage, “I have to say that I’m enjoying the growth spurt in your breasts since you’ve been pregnant. You were beautiful before, but now, I want to touch them all the time.”

Sighing, Macee pushed against his mouth, “Well, for now, there’s no competition, but once the baby is born, you will have to wait in line.”

“Well, then,” the Prince replied. “I better get in some time now.” Slipping her bra straps off her shoulders, he kissed the top of her breasts as he rubbed her nipples with his thumbs. Working his way methodically around both breasts, he kissed every inch except for the nipples, which he continued to rub without stopping. As Macee began to pant, he could not resist adding, “And I dare say that you enjoy the attention I give them too.”

“Oh, my yes,” Macee replied breathlessly. “Please, do continue.” Laughing, the Prince licked her left nipple before deftly sucking it into his mouth, as she cried out in pleasure. “Oh, my god, Louis!” she called out as she writhed beneath him. Switching sides, Louis gave equal attention to her other nipple as he sucked and licked at it while Macee squirmed on the bed.

Kissing her stomach, he worked his way down her body to her panties. Reaching for the waistband, he tugged them over her hips before pulling them completely off. Sliding her legs over his shoulders, he ran his tongue slowly up her slit. Swirling his tongue around her clit, he sucked it gently. Screaming, Macee bucked against his mouth as he held her tightly to him while she rode out her orgasm. When she came back down, she turned her head and noticed the time.

Sitting up, she glared at him. “I can’t believe you did that,” she accused. “Now we are really going to be late.”

Smirking at her, he rose from the bed and adjusted his clothes. “We are the Crown Prince and Princess, what are they going to do about it?”

Jumping off the bed, Macee reached for her discarded panties. “Well, now I have to dress quickly,” she replied as she looked at her baby bump. “Whilst I can still fit the clothes,” she added.

“Soon, you will be looking like a balloon,” Prince Louis replied. Macee whipped her head in his direction and frowned at him. He laughed and ran off before she could hit him.

They finally finished dressing and headed to the palace hall where the birthday celebration was being held. Everyone was already there. Macee and Prince Louis greeted everyone as they walked in before joining Katherine to wish her a happy birthday.

“Are we that late?” Macee asked, feeling awkward.

“Yes, later than the guest of honour.”

“I wonder what they were doing,” Francesca said as she approached them. She hugged her sister and kissed her on both cheeks before rubbing her belly.

“I guess as my belly gets bigger, more people will be doing that,” Macee complained.

“I do not like it,” she replied, as she covered her belly protectively.

Prince Louis kissed Macee on the forehead. “This sounds like a conversation for the women,” he said before walking off. Moments later, Liane entered the room with Jean Pierre on her arm. They both went to greet Katherine first and wish her a happy birthday.

“The two of you look good together,” Macee pointed out. Jean Pierre started smirking as Liane rolled her eyes. When someone mentioned that they looked good together, he assumed that he was the reason why.

“You may excuse yourself now,” Liane said to him.

“Go speak with the men.”

Macee and Francesca looked at each other. Jean Pierre and Liane were always arguing or disagreeing about something, but in the time they have been together, they had also grown equally passionate about each other.

Francesca could not help but look at her sisters with their men and feel a pang of jealousy. She wished she could find someone to love, and be loved by.

Jean Pierre bowed to Macee and Katherine before walking off to join his cousin, the Crown Prince who was standing with Lord Jacques, his new advisor.

“Is that Lord Jacques?” Macee asked as her sisters and the princess turned to face him.

“He has been coming around a lot lately,” Princess Katherine added.

“He will be working very closely with Louis,” Macee said. Francesca said nothing as she looked away and changed the subject. She was not interested in gawking at him. The waiter passed by with a tray of champagne and they all took glasses, except for Macee.

“Oh yes, you cannot drink,” Liane said to Macee. “How is the pregnancy going so far?”

“Rough, I go to the lavatory ten times in an hour. Either to throw up or pee,” Macee complained, as Liane laughed.

“I know the feeling.”

“Whoever said that pregnancy is a beautiful journey was clearly not the one who was pregnant.”

“Wait until your feet swell up.”

“Come on, pregnancy is a beautiful journey. You are bringing a life into the world,” Francesca said. Liane and Macee whipped their heads in her direction.

“When you go through it, you will speak differently,” Liane said, as Francesca laughed. She was pleased not to be in that situation yet.

The guests took turns wishing the princess a happy birthday, as birthday presents were stacked upon the gift table. Princess Katherine was turning twenty-six and by her mother’s standards, she should have been married years ago. To help move the process along, she had invited many eligible bachelors in the hopes that one would catch her eye.

Francesca was talking to one of the guests, actually more like listening. The man kept talking and talking preventing her from getting a word in. He was talking animatedly about historical buildings; something she had no interest in as she stood there staring at him blankly, and wondering how she could excuse herself when she was not able to interject.

“Excuse me, if I could steal this young lady for a moment please?” Lord Jacques interrupted. He took Francesca's arm and led her to the dance floor.

A Kind of Eden by Amanda Smyth
Practice Makes Perfect by Kathryn Shay
London Lace, #2 by Martine, Catou
The Guests on South Battery by Karen White
Chrono Spasm by James Axler
El Embustero de Umbría by Bjarne Reuter
Her Perfect Man by Raines, Nona
The Recruit by Monica McCarty
We'll Meet Again by Mary Nichols
Fritjof Capra by The Science of Leonardo: Inside the Mind of the Great Genius of the Renaissance
Our partner