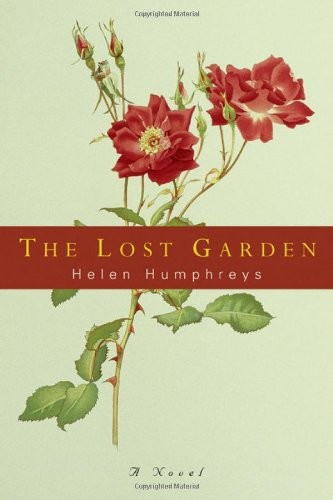 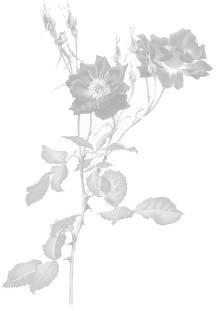 Since this page cannot legibly accomodate all the copyright notices,
Acknowledgements
constitute an extension of the copyright page.

Say this when you return,
“I came by the wrong road,
And saw the starved woods burn.”

Nothing will catch you.
Nothing will let you go.
We call it blossoming—
the spirit breaks from you and you remain.

We step out into lamplight and evening opening around us. This felt moment. Our brief selves. Stars a white lace above the courtyard.

We walk the streets of London. It is seven years ago. We didn’t meet, but we are together. This is real. This is a book, dusty from the top shelf of a library in Mayfair. The drowned sound of life under all that ink, restless waves breaking on this reading shore. Where I wait for you. I do. In a moment. In a word. Here on the street corner. Here on this page.

But it is shutting all around me, even now, this moment that I stopped. The story disappears as I speak it. Each word a small flame I have lit for you, above this darkened street.

What can I say about love? You might see me sitting in this taxi, bound for Paddington Station—a thirty-five-year-old woman with plain features—and you would think that I could not know anything of love. But I am leaving London because of love.

I wasn’t born in the city, have only lived here for the past ten years, since I left gardening college and came to work at the Royal Horticultural Society. But what is love if not instant recognition? A moment of being truly equal to something. What I recognized in this place, from the moment I arrived here, was something within myself that I didn’t even know was there. Something under the skin, in the blood. A pulse of familiarity. The wild, lovely clutter of London. Small streets that twisted like rivers. Austere stone cathedrals. The fast, muddy muscle of the Thames, holding the city apart from itself; the tension of that moving gap, palpable, felt. I have leaned over the stone balustrade of the Embankment in the dark, the true dark now of the blackouts when even starlight is an act of treachery. In blacked-out London, people, once familiar with the city, bump along the streets, fumbling from building to building as though blind. But I have stood beside the Thames and felt it there, twining beneath my feet like a root.

But this is what can no longer be trusted. Every day the landscape is radically altered. Houses become holes. Solids become spaces. Anything can disappear overnight. How can love survive this fact?

The streets are almost empty. I look up as we drive along the Vauxhall Bridge Road and from between two buildings I see a flicker of green that leads to Vincent Square and the stone face of the Royal Horticultural Society looking down into the Westminster Play Ground. Only yesterday I was there in my life, hurrying back from lunch with Roy Peake. At the corner of the square a Canadian soldier said goodbye to his girl. “So long, sweetheart.” I liked the jaunty ring of it. I had been walking up the steps of the Royal Horticultural Society, listening to Roy Peake prattle on about his “unknown pear.” I think he is secretly hoping he won’t be able to identify it so he can name it after himself.
Peake’s Pear
. I have to admit it does sound right. Certain. The stumble of
p
’s like two perfect, companionable, musical notes.

Peake’s Pear
. I was thinking this, treading the grey stone steps back to my office, when the voice called from along the square with such confidence I turned right around. I am always envious of confidence. This is why I was first drawn to Roy Peake. He spoke so passionately one day about old local apples, standing in my office doorway, holding an ‘Orange Goff ’ in one hand and a ‘Pigeon’s Heart’ in the other. This was back when his interests were more varied, before the eternal days of the “unknown pear.”

Can words go straight to the heart? Is this possible? Can words be as direct as the scent of roses? A man calls from a street corner and I turn my head to the voice as I would turn to the fragrance of a climbing rose, tangled through an arbour.

I have said my farewells to my fellow boarders at Mrs. Royce’s house on Denbigh Street. I have said my farewells and felt nothing. In the two years I lived there I did not befriend any of them, and even though Mr. Gregory tried to make me like him, I never did. Aside from those I worked with, I have no one else to say goodbye to; but now, as I drive away from where I’ve lived, I feel unbearably sad. There is the street where a magnificent cherry tree grows. I will miss it flowering this year. I will likely never see it again.

I look through the taxi window, unable to not watch the familiar streets reel away from me. The wind sways the barrage balloons tethered above the buildings, and they lean the same way, like boats swinging with the tide, at anchor in the harbour.

Most of the buildings themselves are padded with sandbags around the base. Windows are criss-crossed with strips of gummed paper—a pathetic attempt to keep the glass intact when the blasts hit. But there are more windows gone than not. I have walked by restaurants and public houses, their windows shattered into the street and the patrons eating dinner or standing up at the bar with a pint, as though this is a perfectly ordinary occurrence, as though there have never been windows in this, their local establishment.

There are Air Raid Shelter placards on most shop windows and buildings. There are queues of children outside the underground stations in the mornings, waiting to secure a space for that evening’s shelter.

I know how to judge the relative distance of an exploding bomb. Those far enough away not to inflict any personal damage make a dull, crumpled sound, like that from a collision between an automobile and a lamppost. The bombs the Germans drop that are close enough to kill emit a strangled whistle, not unlike that of a sort of huge, maniacal teakettle.

I cannot reconcile myself to these changes. I cannot continue adapting to the destruction of the city. London is burning now. In January, eight of the city churches and the Guildhall were destroyed by fire. I could see the smoke from my boarding-house bedroom, swaying against the night sky. I could see the red blossoms of fire blooming along the rooftops.

The taxi winds its way towards the station. Past a row of terraced houses, one suddenly gone out of the middle. Children already clambering over the pile of bricks someone’s home has become. An accordion of staircase poking out of the top of the rubble. A flag of torn curtain fluttering from under a window frame. A looking-glass hanging crookedly on the lone remaining wall. In the distance I can hear the wail of approaching aid.

There’s something indecent about glimpsing someone’s private space after a midnight bomb has shattered it. Flash of wallpaper. The wind shuffling the pages of an open book. All that was not meant for us to see, suddenly all there is to see. Just as the taxi pulls away from this crater of rubble, I see the hand. It pokes out from a pile of broken bricks, fingers curled slightly as though it has just thrown a ball and is waiting to catch it as it falls from the sky. A child’s hand. I see the sleeve of fabric still attached, and then the taxi is past.

I do not know how to reconcile myself to useless random death. I do not know how to assimilate this much brutal change, or how to relearn this landscape that was once so familiar to me and is now different every day. I cannot find my way back to my life when all my known landmarks are being removed. Last week I even became lost in the corner of Bloomsbury where I lived before I moved to Mrs. Royce’s on Denbigh Street at the beginning of the war, to be closer to my office. I was looking for my usual marker that determined where to turn, a four-storey brick house on the corner of a square. The house had become, since last I’d been there, a small hill of brick dust and broken glass.

We have arrived at Paddington. The sun shivers along the glass in the station roof.

A HAZARD OF HEARTS by Burke, Frances
The Third Victim by Lisa Gardner
Deliver Us from Evie by M. E. Kerr
A Rogue in Sheep’s Clothing by Elf Ahearn
Soldier of God by David Hagberg
Mommy by Mistake by Rowan Coleman
Exodus: The Windwalker Archive: Book 3 (Legends of Agora) by Michael James Ploof
Jewel of the Pacific by Linda Lee Chaikin
Fly Up into the Night Air by John Houser
Heart of the King by Bruce Blake
Our partner