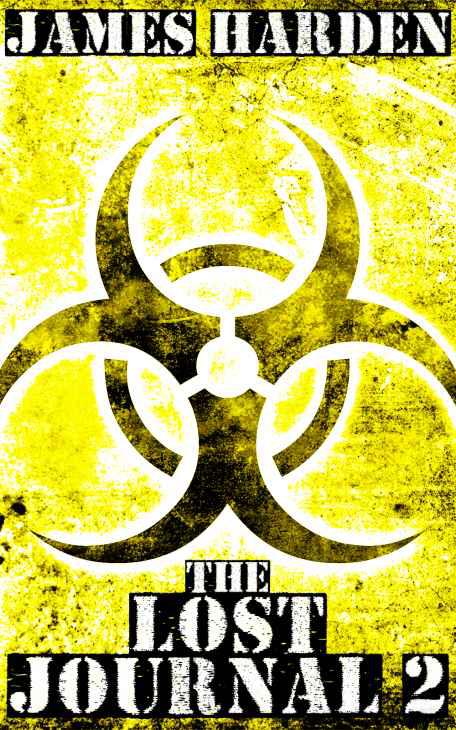 We
intercepted a communication between two high ranking U.S. military officials.
The communication contained a partial transcript of a journal. We believe this
is the journal of your son. The journal gives extreme detail of the effects of
the Oz virus and the military’s operations and movements within Sydney. It also
describes the operation codenamed – ‘Project Salvation’.

Our theory
about the dust storm appears to be accurate.

However, the
last entry in your son’s journal is March 2nd. As a result we cannot confirm if
Maria Marsh is still alive.

We do not
know if your son is still alive.

We recommend
continuing our research.

A team of
Evo Agents has been deployed at your request.

Feb 10th - Fate and the choices we make.

I read this book a few years ago that I found in my dad’s study. It was about a
man chained to a wall in a prison. He was being tortured. Pretty gruesome
stuff. The skin on his back and his arms and his torso and his legs, every part
of his body had been flayed off with a splintered bamboo cane. His eyes were
sealed shut with his own blood. And yet through all the pain and the screaming
in his mind he realized he was a free man.

He talked
about fate. And he talked about the choices people make in their lives. In an
instant he understood that even though he was chained to a wall, he was still
free. He was free to hate the people torturing him or free to forgive them.
This book had a profound effect on me. Mostly because I did not believe someone
could be that strong. And that understanding.

To forgive
the people torturing you?

I don’t
know, man. I don’t think anyone could be that strong.

I’m trying
hard to remember who wrote it, like somehow if I remembered who wrote that book
it would give me strength or courage.

I’m trying
to think but I can’t.

We’ve been
running for our lives for the past week now. I’ve been running for longer. Much
longer. I’m starting to feel like a drifter. A homeless person. No fixed
address. No name. No belongings.

I think it’s
important to write down what I’ve been doing and who I am. I do not want to
just disappear and fade away into nothingness.

My name is
Kenji Yoshida.

And I’m
slowly but surely starting to lose my mind.

When I was
on tour in Afghanistan, I had a little freak out. Wow. Afghanistan. That seems
like a dream. A lifetime ago. It happened when we returned to base after a
patrol in the Hindu Kush mountain range. We had received a distress call from a
small village. We went to investigate. We saw a boy. He was sick. They said
he’d been poisoned with a neurotoxin. But seeing this boy. I don’t know how to
explain it. It’s like he represented everything that was going wrong in my
life. I don’t know. It sounds kind of selfish when I think about it like that.
But I can’t help it. It messed me up.

I saw the
psychologist on base and she told me to keep a journal. She said I needed to
get my thoughts out of my head and my heart. She said if I kept them bottled
up, they would eventually kill me. From the inside. Infect me. Like a virus.

Now that I
look back it’s weird that she’d used the word virus. Flash forward one month
and here I am, trying to survive an actual killer virus. Something more
destructive than any gun, rifle, missile or bomb. In a matter of days it has
brought the major city of Sydney to its knees. This virus has caused untold
damage and chaos. I don’t know how many people have died. I don’t want to think
about it.

I don’t even
want to think about why I’m still alive.

I should be
dead.

And yet here
I am. Still breathing. Still writing in this journal. Still running.

I served in
Afghanistan. I survived fire fights in the isolated Hindu Kush mountain range.
I was part of an emergency quarantine force sent to the Australian outback. I
survived the outbreak there in the town of Woomera. And the surrounding
Immigration camps. I survived when in all honesty, I probably should’ve died. I
survived when other soldiers, men that I consider to be my brothers, died
around me.

Together we
formed a small four man fireteam. We served together in the Middle East, in
Iraq and Afghanistan and Australia.

They were
better soldiers than I was. Better men.

I don’t know
why I’m still alive when these men are dead.

I haven’t
had a chance to grieve for them yet and as a result I think they are starting
to haunt me.

The dead are
talking to me. Man, I really am crazy. It’s kind of like that kid in that
movie. But not really. You can see why I think I’m starting to lose my mind.

I haven’t
written a journal entry since I fled Woomera. I haven’t had time.

I’ve been on
the run. Running and fighting and struggling for my life. And the life of my
friends.

Apart from
Rebecca, I’ve only know the others for a couple of days. But I already consider
them my friends. I can already tell what kind of people they are. They are the
best kind of people.

They are
loyal. Strong. They are always prepared to offer a helping hand.

They would
make good soldiers. This is a good thing because the situation we find
ourselves in right now is a war like situation. A battle for survival. Our
enemies are the innocent people who have been infected by the Oz virus. And the
military who have been authorized to use deadly force.

This is the
military’s contingency plan. A final solution to stop the spread of the deadly
Oz virus. Their last roll of the dice. It won’t work. They are too late.

As I write
this, the whole of Sydney is a warzone. A crumbling, ruined city. Artillery
fire, and mortar rounds and bombs and air to surface missiles have all left
their destructive fingerprints on the city, on the buildings and the roadways.
Even now, in the absolute dead of night, I can still hear the constant chatter
of machine gun fire. There are soldiers somewhere in this city. They are
fighting for their lives. They have been left behind to hold off the infected
while the rest of the force retreats. They are going to die.

We have been
lucky enough to get off the streets. We’ve found a hiding spot in the upper
floors of the Sydney Tower. Up here we are safe. We are high above the reach of
the infected. The tower is connected to a shopping center. Earlier, we decided
to go down there to look for food and water. And I also wanted to find another
notebook so I could write this stuff down. My original journal went for a swim
with me when we were thrown off the Sydney Harbor Bridge. Most of the pages are
all stuck together. Some of the ink has been ruined. I’ve kept it anyway. Maybe
I could eventually dry it out or unstuck the pages or something. Maybe they
could be saved. I think they need to be saved. In those pages are details of
some of the finest soldiers I have ever known. Drake, Franco and Gordon. Their
story needs to be preserved. People need to know how they served their country
and their fellow man.

It was a
risk to move down to the lower levels of this tower to look for supplies and a
notebook. But I figured it was worth it. Like the doc told me, I couldn’t
afford to keep everything bottled up. Now was not the time to lose my head.
Especially since I have a responsibility to look after Maria. Keep her safe.
Keep her alive.

This is
important. Maria is important. She is immune. Maybe the only person in the
world who is immune to this virus.

Maria had
failed to be extracted from the city. She was moments away from being rescued
by an elite Special Forces team before everything went to hell. I can’t believe
the team that had captured her had met their end so swiftly. But then again, it
seems to be the way things are going around here. Yep everything is going to
hell. And it’s going really, really quickly.

I’ve never
witnessed anything as destructive as this virus.

When I was
redeployed from Afghanistan to Woomera they briefed us on the virus. I
should’ve paid more attention. They gave us a briefing document so we could
study up on the symptoms. I didn’t give it much attention when I first received
it. But since the outbreak I’ve read the document closely. Studied every word.
Every sentence.

loss of
sensitivity in limbs

I put the
folded up pages back in my pocket.

The odds are
stacked high against us. The Oz virus is designed to find life and destroy it.
It is designed to turn human beings into mindless, psychotic hosts.

And here we
are, trapped in a city, surrounded by the infected.

We are safe
for the moment, in our tower, our castle in the clouds. But if this place
becomes compromised then we will have to make a run for it.

And I’m sick
of running. I’ve been running for the past two years. I haven’t stopped. No
time to look over my shoulder. No time to catch my breath. I ran away from
home. And Rebecca. I left her without even saying goodbye. I ran away to the
U.S. Marines. Ran all the way to the freakin Middle East. Now I’m running from
a plague, a virus and the military that have been ordered to enforce a
containment protocol.

How did I
get to this point? How did I get here?

Does
everything happen for a reason? Is this fate?

I thought it
was. And I hope it is.

Being sent
to military school. Running away. Joining the marines.

Being
re-deployed in Australia.

I guess it’s
lucky my skills were honed. I can kill a man from two miles away. This gruesome
skill has come in unbelievably handy these past couple of months. This skill
has no doubt saved my life.

So I try and
convince myself that I’ve done the right thing.

Fate and the
choices we make.

When I made
the decision to leave my post, to flee from the operation in Woomera, it was
because I genuinely believed the military had last control. Command had begun
ordering the deaths of the town’s people and the refugees. Shoot to kill were our
orders. Air strikes. Nuclear strikes. It was bad. And I wanted nothing to do
with it. The only thing I wanted to do was warn Rebecca about the plague.