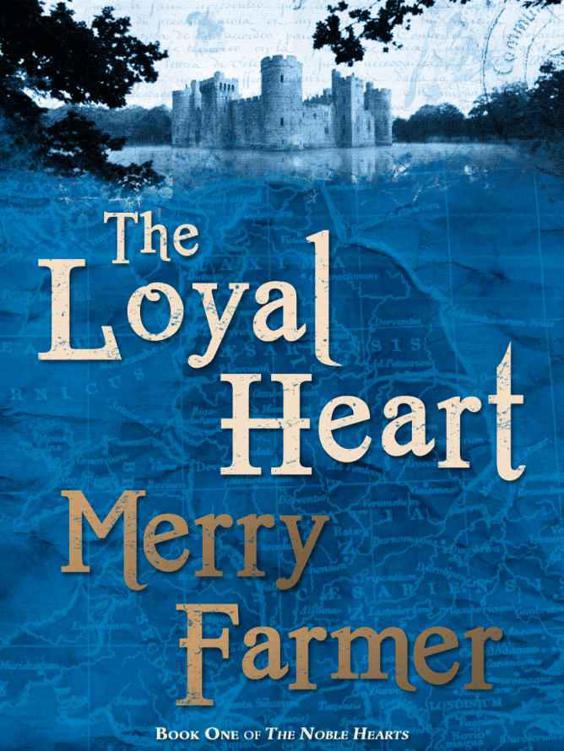 Many thanks to my wonderful editor, Alison Janssen, for her help and advice and for telling me everything I did wrong while still making me feel good about myself and my writing. Thanks also to my dear friend, Jonathan Longstaff, for creating a gorgeous cover design and driving home the notion that this is all very real! Special thanks to my critique partners, Julie Tague and Jes Bunsick for second opinions, and to my go-to beta-reader, Aline Brown for getting as excited about these characters as I am.

Very special thanks to my best friend, Kristine Medley, for her unfailing support and encouragement in all things, for reading the ugly early drafts of everything I write and giving me an honest opinion (
really
honest sometimes), and for believing that I’m going to be famous. I love you!

You always told me to dream my dreams and reach for the stars.

I did. I always will.

Aubrey knew she was in trouble the moment the carriage hit a rut. Her gloved hands fumbled the heavy pouch of coins as she tied it to her belt beside the others. She was thrown hard against the strongbox whose lock she’d picked. The thick chausses she wore did nothing to keep her shins from being bruised. The jangle of the coins around her waist and the clatter of her sword as it fell from her belt destroyed all hope she had of going undetected.

She sucked in a breath through the disguise that hit the bottom half of her face at the command. Dammit, it wasn’t worth the risk to bring a smile to Geoffrey’s face if she got caught. Even if those smiles were rare since he’d come home from the Holy Land. The carriage lumbered to a stop. She thought fast, blue-green eyes searching the closed wooden walls for a way out.

“You and you,” the deep voice barked orders, “Swords at the ready.”

A grin split Aubrey’s face under her mask. Sir Crispin of Huntingdon. His voice sent a shiver down her spine each time she heard it. A shiver of defiance. Maybe this time she would finally get her chance to best him. Her brother had warned her against messing with Crispin, but Geoffrey shouldn’t be the only one allowed to cross swords with the enemy when given half a chance.

She pushed away from the side of the carriage, reaching for her sword. As she did the pouch in her hand snagged on a loose nail. Coins showered around her, drumming on the floor. Bloody hell. She held her breath, dropping to a battle-ready stance. There was only one way out of this mess. Sword clutched in her fist, she jumped for the canvas flap at the back of the carriage.

She shot out into the night and landed in a low crouch less than ten feet from where Sir Crispin had walked his horse to investigate. The horse reared the instant it saw her and Crispin’s eyes grew wide in surprise before narrowing into a scowl of recognition. “You!” he seethed, dropping the torch he held and grasping for his sword.

The guards were faster. They had already dismounted and rushed to confront her. Instinct took over. Aubrey swung her sword up and sliced at the guard who reached her a fraction faster than his mate. He stumbled to the side. She spun and landed a second blow on the slower guard’s right shoulder. The unexpected sting made him drop his sword. She took advantage of his weakness and kicked him in the gut. God bless Geoffrey for teaching her like the little brother he never had.

Adrenaline poured through her as she grinned and twirled to face the first guard again. He swung but she parried the blow, brought her sword around and slashed. He defended. She attacked again, aiming low. The blow smacked into his thigh with a chunk, drawing blood. She yanked her sword up, taking a piece out of his leg, then swiveled her hands so that she could bring the butt of her sword up into his helmeted face when he grabbed his wound. The poor man toppled over.

Aubrey’s senses were alive and she felt the second guard coming at her before she turned and saw him charging, sword pointed to thrust at her heart. She dodged in time to bat his weapon away and spun as he lunged past her. She followed the force of her momentum to land a slicing blow to his back. The guard’s mail prevented any real damage, but he tumbled and sprawled to the ground. She went after him while he was recovering and landed a crushing blow to his helmet. The shock reverberate up her arms, rattling her teeth, but the attack had had its desired effect. The guard crumpled to the ground like a used rag.

“Impressive.” Sir Crispin’s resonant voice swung her to face him, sword at the ready. Her heart hammered in her chest and she grinned under her mask, eyes sparkling. He towered over her, cloak black as coal. “But then I always knew you could fight.” He narrowed his shocking blue eyes at her, trying to see past the mask. His pale face stood out in the night. He twisted his sword once in a circle. It was the dagger in his belt, a long blade, handle capped with a silver wolf’s head with sapphire eyes, that caught her attention and made her heart pound. He dropped into a crouch to match hers as they circled each other. Aubrey battled to keep from laughing as Crispin lunged at her.

She gasped at the strength behind his blow and had to concentrate to deflect it. A thread of panic poked its way into her exhilaration. If she’d wanted a challenge, here it was. She pivoted and dodged his second attack before slicing at his right side. His sword met hers with a spark and she nearly lost her grip. She wanted him to look her in the eye but his focus was absolute. He twirled his sword in an arc and thrust at her from the right. She was only able to deflect the blow this time by twisting to the left and using his force against him. He pushed right past her. She pounded the butt of her sword into his back. He grunted in pain but recovered to face her.

“Only a coward attacks caravans in the night in a mask, Bandit,” he growled. She answered by slashing the air between them. “What? No words to defend yourself?” She bit her lip to keep from snapping a reply. “No, the Derbywood Bandit never makes a sound. Let’s see if you squeal while you’re dying!” He lunged at her again.

Panic mingled with pleasure as she jumped to avoid his attack, turning and hitting him across his lower back with the flat of her blade as he passed. Her limbs sung with life and energy. She would not admit he could best her even though she could feel her breath coming in painful gasps as her taxed body neared its limit. He turned back for more, eyes dark. She took the offensive, muscles throbbing, and thrust at his chest. He parried the blow and swung his sword to slash at her. She countered by instinct alone, fast if not strong, and deflected his blow, circling him to attack his left side. He struck her sword away with a spark and swept close to bring his blade down on her, using his height to his advantage. She raised her sword in the nick of time, holding it with both hands as his blade clanged against hers.

The force of the blow sank her to her knees. He pivoted to strike again and it was all she could do not to be hammered into the ground or to cry out as her arms trembled under his attack. She saw in his fierce eyes that he knew she was failing. He wouldn’t show mercy. It wasn’t a game anymore. She lost her grin as he planted a heavy boot against her ribs and kicked her over.

She fell backwards with a violent crash. Her sword flew out of her hand as she hit the ground. It landed several feet away. She scuttled towards it but he pursued her, stomping on the bit of cloak between her legs to jerk her to a stop. He sheathed his sword and drew the wolf-head dagger from his belt.

“Now,” he snarled, crouching between her spread legs and bringing the tip of the dagger to the side of her face. “Let’s see who you really are.” His gaze was curious, angry, triumphant. Then his eyes narrowed with curiosity. “Those eyes. I know those eyes.” She squeezed her eyes shut and swallowed, ready to have her throat slit. She could feel the cold steel of his dagger caressing its way up to her chin. He dipped closer. His breath warmed the air above her. If she unmasked herself maybe he wouldn’t kill her. Maybe.

She reached a shaking hand to her scarf.

In the blink of an eye his arm jerked away as a rock smashed into his shoulder. Crispin cried out as he stood, clamping a hand to his bruise. Aubrey scrambled for her sword, wondering how Geoffrey could have run so far so fast in his state. She leapt to her feet as another stone flew out of the darkness and smashed Crispin in the face. He bellowed and scanned the darkness for his attacker.

The voice that called out of the dark stopped Aubrey’s heart. It couldn’t be. Seconds later a man bounded down from the wooded ridge beside the road, sword drawn and threatening. Even in the dark Aubrey could make out his sun-kissed blond head and rakish grin. He was older now, a little worn, but he was most definitely still Ethan of Windale. Her heart pounded as if it would leap from her chest and her legs went watery.

“Get out of the way, this does not concern you!” Crispin ordered, switching his dagger to his left hand and drawing his sword with his right.