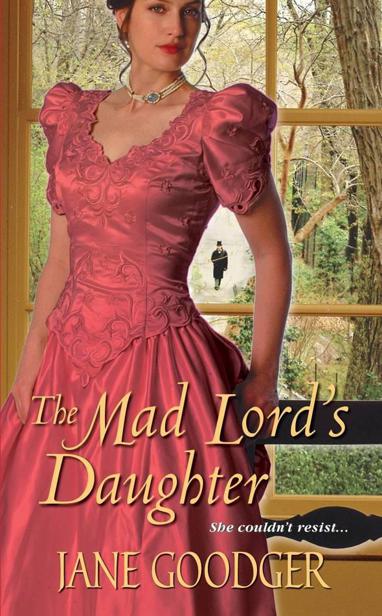 “WOULD YOU ALLOW
ME TO KISS YOU?”
Her cheeks turned a vivid red. “Just to see what it is like and so that I’m not such a ninny if a man does try to kiss me. I know it’s a lot to ask, but I don’t want to make a fool of myself when the time comes. Is it
very
revolting?”
Dear God, why are you doing this to me? Is this a test? Because I fear I’m going to fail it. Sorry.
“Kissing is not revolting. Not with someone you’re attracted to, at least.”
“Oh. Then it shouldn’t be too revolting with you. I do like you.”
John swallowed and gave her a strained smile. “No, it shouldn’t be too revolting, but I don’t think . . . that is to say . . .” She kept looking at him with wide eyes, her mouth slightly open, her lips full and delicious and—
oh, Lord
, he thought,
I am doomed
.
Other Books by Jane Goodger
Marry Christmas
A Christmas Scandal
A Christmas Waltz
When a Duke Says I Do
Published by Kensington Publishing Corporation
The Mad Lord’s
Daughter
JANE COODGER