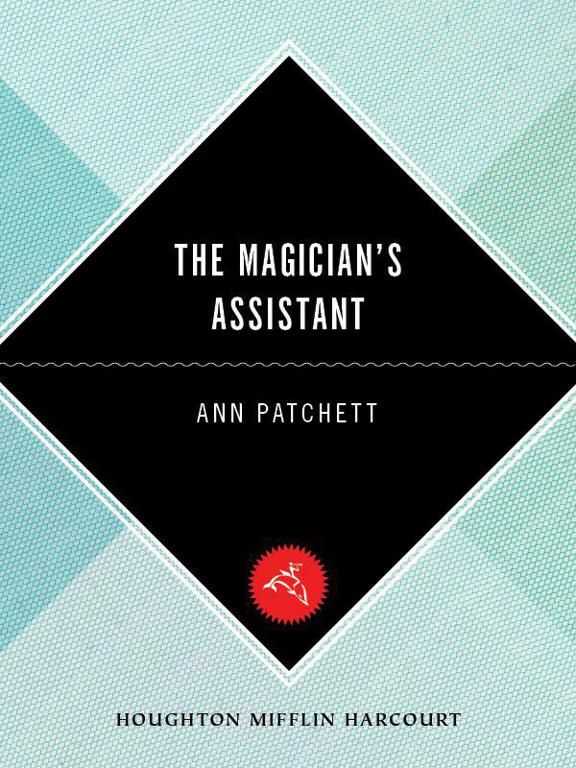 At the Intersection of George Burns and Gracie Allen

to
Lucy Grealy
and
Elizabeth McCracken

At the Intersection of George Burns and Gracie Allen

PARSIFAL IS DEAD. That is the end of the story.

The technician and the nurse rushed in from their glass booth. Where there had been a perfect silence a minute before there was now tremendous activity, the straining sounds of two men unexpectedly thrown into hard work. The technician stepped between Parsifal and Sabine, and she had no choice but to let go of Parsifal’s hand. When they counted to three and then lifted Parsifal’s body from the metal tongue of the MRI machine and onto the gurney, his head fell back, his mouth snapping open with no reflexes to protect it. Sabine saw all of his beautiful teeth, the two gold crowns on the back molars shining brightly in the overhead fluorescent light. The heavy green sheet that they had given him for warmth got stuck in the guardrail lock. The nurse struggled with it for a second and then threw up his hands, as if to say they didn’t have time for this, when in fact they had all the time in the world. Parsifal was dead and would be dead whether help was found in half a minute or in an hour or a day. They rushed him around the corner and down the hall without a word to Sabine. The only sound was the quick squeak of rubber wheels and rubber soles against the linoleum.

Sabine stood there, her back against the massive MRI machine, her arms wrapped around her chest, waiting. It was, in a way, the end of Sabine.

After a while the neuroradiologist came into the room and told her, in a manner that was respectful and direct, the one thing she already knew: Her husband was dead. He did not pluck at his lab coat or stare at the floor the way so many doctors had done when they had spoken to Parsifal and Sabine about Phan. He told her it had been an aneurism, a thinning in a blood vessel of his brain. He told her it had probably been there Parsifal’s whole life and was not in any way related to his AIDS. Like a patient with advanced lymphoma who is driven off the freeway by a careless teenager changing lanes, the thing that had been scheduled to kill Parsifal had been denied, and Sabine lost the years she was promised he still had. The doctor did not say it was a blessing, but Sabine could almost see the word on his lips. Compared to the illness Parsifal had, this death had been so quick it was nearly kind. “Your husband,” the doctor explained, “never suffered.”

Sabine squeezed the silver dollar Parsifal had given her until she felt the metal edge cut painfully into her palm. Wasn’t suffering exactly the thing she had been afraid of? That he would go like Phan, lingering in so many different kinds of pain, his body failing him in unimaginable ways—hadn’t she hoped for something better for Parsifal? If he couldn’t have held on to his life, then couldn’t he at least have had some ease in his death? That was what had happened. Parsifal’s death had been easy. Having come to find there was no comfort in getting what she wanted, what she wanted now was something else entirely. She wanted him back. Sick or well. She wanted him back.

“The headache this morning,” the doctor told her, “would have been brought on by a leak.” His beard was not well trimmed and his glasses were smudged, as if set in place by greasy fingers. He had the paleness of so many neuro-radiologists.

The doctor nodded and returned a minute later holding a large paper envelope stamped
DO NOT BEND
. She followed him into what looked to be a closet and he put eight large sheets of gray film on the lightboard. Each had fifteen separate pictures, Parsifal’s brain sliced in every conceivable direction. In the dark, narrow room Sabine studied the information, her face painted in a bluish white light. She stared at the shape of Parsifal’s head, at the deep, curving trenches of his brain. In some pictures things were recognizable, the strong line of his jaw, the sockets of his eyes. But most of the pictures were patterns, aerial views of an explosion taken at night. Again and again she saw the shadow, the dark, connected mass the size of a pinto bean. Even she could see where this was going.

The doctor tapped the obvious with the tip of his pencil. “There,” he said. He faced the light when he spoke, and the pictures of Parsifal’s brain reflected in his glasses. “In some people they stay that way forever. In others they just give out.”

Sabine asked for a moment alone and the doctor nodded and backed out of the room. When these pictures were taken, just slightly over an hour before, Parsifal had been alive. She raised her hand to the film and traced her finger around the top line of his skull. The beautiful head she had held. The night Phan died, Sabine had thought the tragedy was knowing that Parsifal would die, too, that there was only a limited amount of time. But now Sabine knew the tragedy was living, that there would be years and years to be alone. She pulled down the films and put them back in the envelope, tucked the envelope under her arm, and tried to remember where the elevators were.

The empire that was Cedars Sinai hospital lapped up the last blocks of Los Angeles before it became Beverly Hills. Buildings were connected by overhead tunnels called skyways. Waiting rooms were categorized by the seriousness of the wait. The halls were lined with art that was too good for a hospital. Sometimes it seemed that every wealthy person in Los Angeles had died at Cedars Sinai, or their loved ones had died there, and what they had been left with was not bitterness or fear but a desire to have their name on a plaque over some door. The abundance of money took away as many outward signs of hospital life as possible. There were no sickly green walls, no peeling floors or disinfectant smells. There had been nights when Sabine had walked those halls so short on sleep that the place became a giant hotel, the Sahara or Desert Sands in Las Vegas, where she and Parsifal used to perform their magic act years before. But tonight, as Sabine went to the nurses’ station to call the funeral home, it wasn’t even late; the sky still had the smallest smear of orange over Beverly Hills. All the people who would one day come to Cedars to die were only beginning to think about going to sleep.

Sabine knew what had to be done. She had practice. Phan had been dead fourteen months and fourteen months was long enough to forget exactly nothing. But with Phan it had been different. He had worked towards his death so steadily that they knew its schedule. After the doctor came to the house for the last time and told them a day, maybe two, Phan had died the next morning. With Parsifal, it was only a headache.

“I had a dream about Phan,” Parsifal had said that morning.

Sabine brought him coffee and sat down on the edge of his bed. It had been Phan’s bed, Phan’s house. Parsifal and Phan had lived together for five years. Since Phan’s death, Parsifal had had a handful of dreams about Phan which he recounted faithfully to Sabine, like letters written by a lover in another country.

Parsifal woke up quickly, clearheaded. He took the cup. “He was sitting by a pool. He was wearing one of my suits, my pearl gray suit and a white shirt. He had taken off his tie.” He closed his eyes, searching for details. Phan was in the details. “He was holding this big pink drink, a mai-tai or something. It had fruit all over the glass. He looked so rested, absolutely beautiful.”

“Oh no. This was a capital-
P
Pool—dolphin fountains, gold tiles.”

Sabine nodded. She pictured it herself: blue skies, palm fronds. “Did he say anything?”

“He said, ‘The water’s just perfect. I’m thinking about going for a swim.’” Parsifal could mimic Phan’s voice, perfect English sandwiched between layers of Vietnamese and French. The sound of Phan’s voice made Sabine shiver.

Phan didn’t swim. His house had a pool, but pools dominated the backyards of Southern California. Having one was not the same as wanting one. Sometimes Phan would roll up his pants and sit at the shallow end with his feet in the water.

“What do you think it all means?” Parsifal asked.

Sabine ran her hand over the top of his head, bald now from who knew what combination of things. She put no stock in dreams. To her they were just a television left on in another room. “I think it means he’s happy.”

There was a time not so long ago that Parsifal never would have told his dreams to Sabine, unless it was a ridiculous dream, like the time he told her he dreamed about going into the living room and finding Rabbit in the wingback chair, two hundred pounds and six feet tall, reading the newspaper through half-glasses. And maybe he hadn’t had that dream, maybe he only said it to be funny. But Phan’s death had made him sentimental, hopeful. He wanted to believe in a dream that told him death had been good to Phan, that he was not lost but in a place where Parsifal could find him later. A place with a pool and a bar.

“What about you?” Parsifal said, covering her hand with his hand. “Any dreams?”

But Sabine never remembered her dreams, or maybe she didn’t have them. She shook her head and asked how he was feeling. He said fine, but there was a little bit of a headache coming on. That had been eight o’clock in the morning. That had been on this same day.

After basic arrangements had been made, Sabine took the elevator to the main lobby and the electric glass doors opened up to turn her out into the night. It was January and seventy-two degrees. A light breeze had blown the smog far out over the Pacific Ocean but had left nothing behind it. She wished she could still smell the blossoms from the distant industrial orange groves, the scent of flowers and citrus that as recently as May had settled on her clothes and in her hair like a fine dust. She kept expecting someone from the hospital to come after her. “Where are you going?” they would say, and wrap her in their arms. “You’re in no condition to be out here alone.” The nurse had asked her if there were someone she could call, but Sabine said no. There were a hundred people to call, and none of them the person she wanted. Parsifal had no family at all, except for Sabine, who was always moved to see her name on the line of the medical records that said “Next of Kin.” She would wait until she was home to call her own parents, because if she called them now they would insist on picking her up from the hospital and bringing her home with them. Sabine wanted to be in her own home tonight. Phan’s home and then Parsifal’s home and now her home.