Read The Making of the Lamb Online

Tags: #The Making of the Lamb

The Making of the Lamb 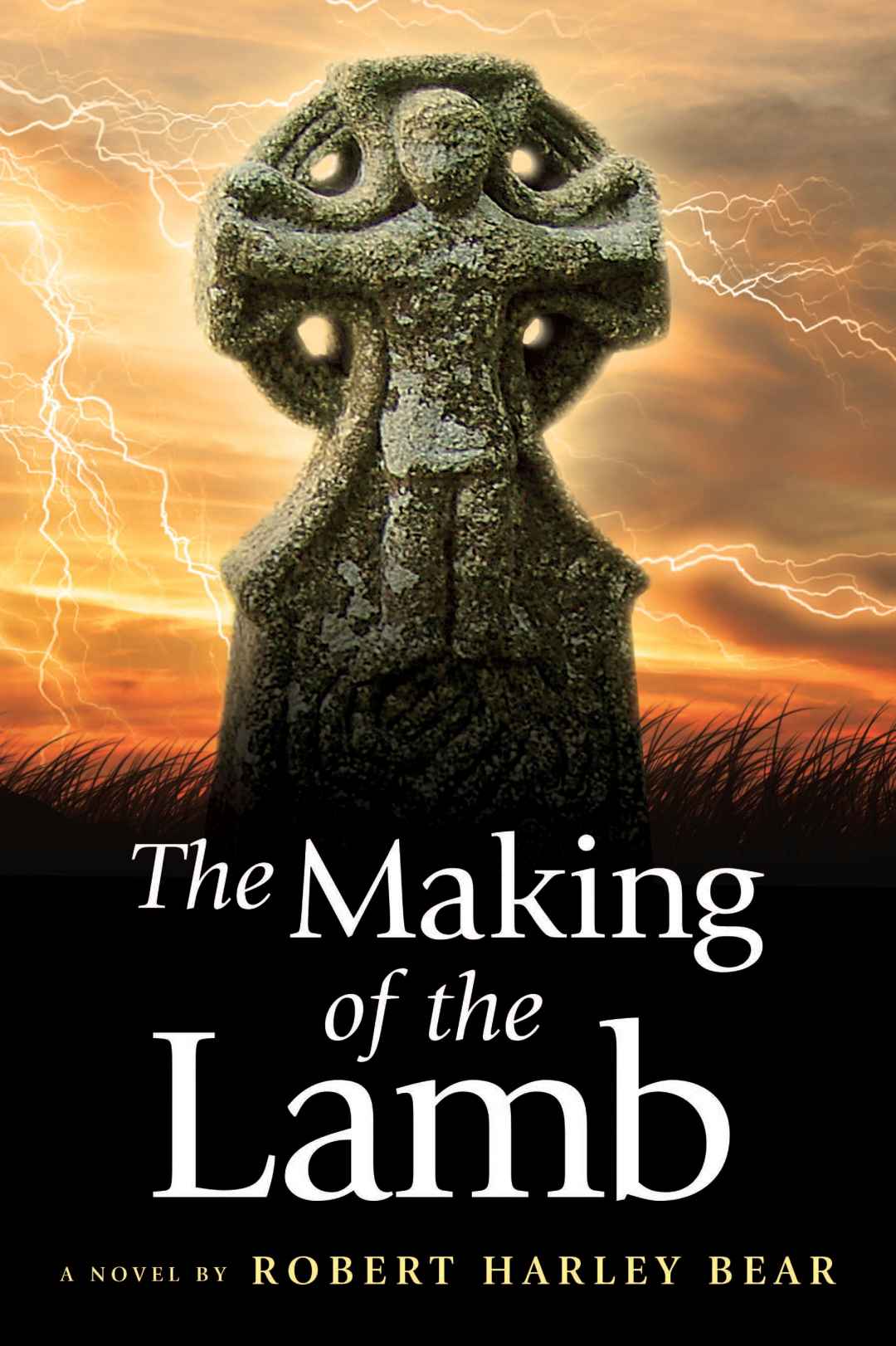 The
Making
of the
Lamb
Advance Reviews

The Bible offers only a glimpse of Jesus’ adolescence, but this novel presents one possible course of events for readers to mull over....
Jesus is aware of his status as Messiah but doesn’t yet understand what that position truly means. He spends years in Britain, living among Celtic people and their druids and slowly developing his divine nature through his experiences there. Though initially lacking in compassion, he’s eager to prove himself a capable warrior, and he eventually confronts the truth that his kingdom will not be on Earth but in heaven. Learning to accept this truth and its tragic implications is difficult even for the son of God.... Jesus’ story is, of course, theologically controversial. Bear addresses a major point of contention in Christian thought by speculating on how much of his divine nature Jesus understood as he grew up. Some of the images might be difficult for faithful readers to accept, especially those involving a sword-wielding or compassionless Jesus. Bear’s version of adolescent Jesus makes mistakes and has misunderstandings, but he ultimately acts within the Heavenly Father’s will. Overall,
Bear successfully creates a character who technically remains sinless while still struggling with the process of growing up. With vivid side characters, an intriguing backdrop and steady pacing, the book is also a strong piece of writing....

A stimulating story that challenges readers to consider and appreciate the coming-of-age a young Jesus may have gone through.

Powerful, compelling and full of the teachings of both the Gospel and our Lord and Savior. Full of the history and culture of the period.
Reading this book is like taking a journey both to the days of Jesus and to Ancient England in a time of Druids and Celts.
The Making of the Lamb
by Robert Bear is a wonderful read, delightfully entertaining and yet historical enough to make you forget that it is not real. Or was it real? That is the question this book makes the reader ask and that is well worth the price of admission. The Quest for the Holy Grail is the search for the Divine that all of us must take at some time, and if you decide to read this book, set aside some time because
you will not want to put it down. The most dynamic and complete novel about Christ since Ben Hur.

—Mark E. Rosson, Ph.D.
, author of “
Uncle of God, the Voyages of Joseph of Arimathea,” “Sandals in the Dust: Lives of the Apostles,”
the All the Books in the Bible commentary series, and more

Bear’s rendition doesn’t go that far. It is presented as fiction based on legend, but
Bear’s research is exhaustive.
Bear spins a tale of Jesus’ coming-of-age years based on the legend that encourages the reader to come to his or her own conclusions on how the cornerstone ideas of the Christian faith originated in the One we’ve accepted as Lord. The book is lightly tinged with pluralism, yet in all ways respectful of Christian beliefs; I’ve no reason to believe Bear isn’t a practicing Christian.
His book brings myth and legend alive with meaning,
speculating about how Jesus slowly began to piece together his mission in life....

In the story, Jesus develops a special relationship with the Father from a young age, but the Father’s ways are mysterious. Jesus contemplates his role as savior of the world and how the Father’s vision of the Messiah differs from the warrior figure Jesus envisioned; he learns what it means to be born again of the Spirit; he learns how to forgive and how to respect our differences.
In short, readers of Bear’s novel witness the Making of the Lamb
...
the one who gave up his sword to die on the cross.

It’s a fascinating journey worth sharing with the young Jesus. A book you won’t soon forget.

A lively and readable novel that
carries its religious dimension with a surprising degree of grace
—in several senses of that latter word.

... [I]ntriguing historical fiction....
What truths can be found in pagan religions? What is freedom of choice? What does it mean to be fully divine and fully human? How to explain that you have a heavenly Father, and that He is still One True God? Would you give up your life to save humanity, hundred people, ten, a beloved family member that was seduced by the devil or a former slave that only caused you great trouble?...

... [R]obust and imaginative fictional expansion of the ... Legend of Joseph of Arimathea and its many interpolations in which Joseph brought Jesus to Britain in his early (missing) years....
The author has carefully woven Christian scripture and theology along with Jewish practices and Druidic interaction to make for splendid reading.
5 out of 5 stars.

The Making of the Lamb
... is a fictional tale based in plausible history and supposition about the story of Jesus Christ between the age of twelve and the years when he began his ministry. These years are a mystery and are missing not only from the Bible but other texts on the life and story of Jesus Christ. Many scholars have tried to track down his movements and what the Son of God might have been doing during these years but Robert Harley Bear has been able to artfully craft a fictional story about these very formative years during Christ’s life and what He may have been doing....
Bear is a talented story teller and was able to weave an artful tale full of adventure and lessons to be learned.... It has posed more questions than it has provided answers but in my humble opinion that is what makes it a good read....
This book would make a good gift for those who are open to exploring different possibilities about the life of Jesus Christ....