The Master of Happy Endings 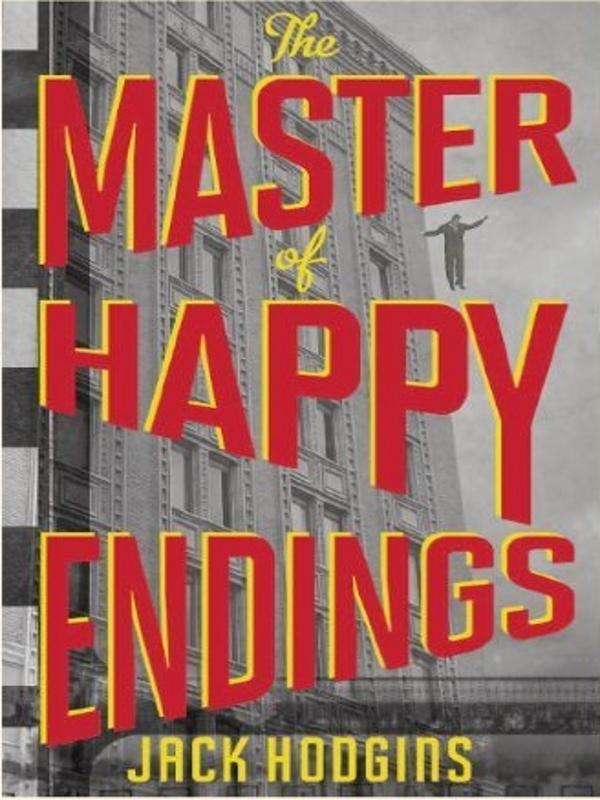 The
MASTER
of HAPPY ENDINGS

The Invention of the World
(novel)

The Resurrection of Joseph Bourne
(novel)

Left Behind in Squabble Bay
(for children)

Over Forty in Broken Hill
(travel)

A Passion for Narrative
(a guide for writing fiction)

Damage Done by the Storm
(stories)

The
MASTER
of
HAPPY ENDINGS

All rights reserved. No part of this work may be reproduced or transmitted in any form or by any meansâgraphic, electronic, or mechanical, including photocopying, recording, taping, or information storage and retrieval systemsâwithout the prior written permission of the publisher, or in the case of photocopying or other reprographic copying, a licence from the Canadian Copyright Licensing Agency.

The publisher gratefully acknowledges the support of The Ontario Arts Council for its publishing program.

We acknowledge the Government of Ontario through the Ontario Media Development Corporation's Ontario Book Initiative.

We acknowledge the financial support of the Government of Canada through the Book Publishing Industry Development Program (
BPIDP
) for our publishing activities.

for the family, with love

and in memory of our friend
Ian Smith

The
MASTER
of HAPPY ENDINGS

Axel Thorstad was not yet so old that he might at any moment forget where he was or why he still lived on this small island. Whole weeks went by in which seventy-seven was not as ancient as he'd been led to expect. Though he'd been long retired, he saw himself as a man of sound mind and healthy curiosity, a reader still of poetry and novels and, in order to keep himself informed, his monthly
Teacher
magazine.

He was a physically active man as well, taller than everyone else and fiercely unbent, a daily swimmer and frequent rescuer of flotsam off the salty beach, where his size 13 soles left water-filled depressions in the sand. Often those footprints were all that anyone might see of him for days on endâwhich was fine with him. He had chosen to make a solitary figure of himself, but with a decent man's habit of keeping a hermit's wariness in check, masked by a public courtesy.

In the privacy of his cedar-shaded cabin overlooking the beach, Thorstad was a widower still in mourning after seven years, a retired teacher dreaming up lessons he would never teach. He prepared his meals and scrubbed the floor and took the water pump apart for repairs. Sometimes in afternoons he stretched out, with his long feet propped on the rusted bedstead, to reread a little Joseph Conrad or a few lines from
Troilus and Cressida
. If he dozed off now and then, it was never for long. He wakened to the crash and spray of an incoming tide, the scream of circling gulls in the wind, or a blurred exchange of conversation off a passing fish boat. Until today he had usually wakened with renewed energy for cutting firewood or setting out along the beach in search of treasures washed in from the sea. Until today he had never wakened in a state of panic.

With heart pounding, he leapt to his feet and snatched his shotgun down off the wall. After rushing out through the doorway and around the side of his shack, he steadied the barrel against the building's corner to keep the intruder centred in his sights. The heavyset young woman came thumping down the trail through the woods with her head lowered, her gaze alert for surface roots, apparently unaware of him or his gun until they were fewer than twenty metres apart. She stopped abruptly in mid-stride, with one foot barely touching earth.

“Mr. Thorstad? It's only me.” The postmistress threw out her arms as though she were casting a disguise from her shoulders.

But she'd worn no disguise. It was he who was not himself.

Even so, his arms refused to lower the gun, his mouth failed to find the right words in the confusion that overwhelmed his brain. How was he to explain that he'd dozed off and wakened from a dream of invading barbarians? He hadn't imagined that the footsteps might be the postmistress bringing him the mail he had not picked up in more than a month. He'd expectedâhe did not know what he'd expected: a cataclysmic assault? Panic still fluttered in his throat.

Lisa Svetic stiffened her broad shoulders and retreated a few cautious steps, placing one large gumboot carefully behind the other. “Is there something wrong?”

There must be, there had to be something wrong, but he could do nothing but stand like an absurd lanky statue incapable of speech, his gun barrel tight to the corner post, its sighting notch a steady V at the toe of the woman's boot. The deep chilled silence of the forest was underlined by the murmurs of the retreating tide at his back.

“It's mostly junk mail,” she said, holding out the colourful papers as though to display their innocence, “which may justify shooting
someone
, but it doesn't have to be me!”

“My footsteps?” she said.

But she did not wait for an explanation. “If my footsteps are too heavy you can damn well remember to collect your stupid mail yourself!” She tossed flyers and envelopes out amongst the Oregon grape and giant sprays of sword fern, then turned her back on him and strode off.

By the time she had disappeared into the forest shadows, a trembling had travelled up his legs and torso and into his arms. He'd broken out in such a sweat that his shirt was clinging to his back.

He carried the shotgun inside and returned it to its rack of antlers above the window. He should have got rid of it long ago but had allowed it to remain on the wall where the previous owner had left itâits presence, like the beach-stone fireplace and the floor's oiled planks, giving his cabin a comfortable rustic touch. Now he would have to go after the young woman and explain. Try to explain. Try to prevent her from feeding the island's appetite for gossip.

He could imagine some of the residents up at the Store and down around the pier and the Free Exchange claiming to have seen warning signs: tall old Axel Thorstad, a figure descended from gaunt Norwegian giants, muttering to himself as he examined the shelves in Lisa Svetic's Store, or carrying home the door off an abandoned Ford for his root-cellar entrance, or becoming so lost in a book that he almost missed the ferry for a visit to the dentist across the strait. No doubt these local experts on human nature would see today's behaviour as a sign that he was cracking up, just as they'd expected of an old man living alone for years.

Well, he had never cared much for what they thought. And he certainly wasn't ready yet to apologize. What he needed now was time to collect himself, to allow his racing heart to calm and this chill to drain from his bonesâtime to think how he might go about handling this calamity.

To begin with, he needed a mug of good strong coffee. While standing over the sink to spoon the fragrant grains of Kicking Horse into his dented percolator, he avoided the little shaving mirror for fear of what it might tell him. While he waited for the coffee to perk and its smell to improve the world, he stripped off his grey wool socksâbristly now with fir needles, moss, and tiny twigsâthen brought his cello over to the wooden chair in the centre of the room, planted his bare feet apart, cradled the instrument between his long thighs, and then instructed his hands to stop trembling so he could soothe his nerves with musicâthe one thing he could do on late-winter days when dark clouds rested their bellies on the tips of the Douglas firs. He drew the bow out long and slow across a deep rich lower D, inviting the Sinfonica to a gentle awakening. And now, E flat, with a tremor for the morning's disaster. And, after a pause, the opening phrase to the saddest movement of Dvo

Faces observed from every side. Over the years he'd found these knee-high stumps and log ends washed in to shore and painted red circle eyes and a variety of mouths according to the shapes of knot-holes and the peculiarities of the grain. With levers, wedges, and a makeshift block-and-tackle, he'd wrestled each of these up the slope and inside to set it on end amongst the others, where they might have been an audience listening to the homesick anguish of Antonin Dvo

k. Of course they might also have been a class awaiting instruction or a silent army of children standing guard. In any case they added the clean salty smell of sand and beach stones to the crowded room.

The Reluctant Twitcher by Richard Pope
Hotel Bosphorus by Esmahan Aykol
Ashes for Breakfast by Durs Grünbein
Unexpected Stories by Octavia E. Butler
He's Got Her Goat by Christine
A Natural History of Hell: Stories by Jeffrey Ford
The Eternal Intern (Contemporary Romantic Comedy) by Roman Koidl
The Mice of Bistrot des Sept Frères by Marie LeTourneau
The Mauritius Command by Patrick O'Brian
Agatha Christie - Poirot 33 by The Adventure Of The Christmas Pudding
Our partner