“Liana’s not livestock,” I say, my eyes boring into Gray-Hair’s. “She’s a person.”

I move to ram the butcher knife into Gray-Hair’s gut, but the point of the blade barely dimples his skin before strands of his hair shoot forward swift as striking snakes, lengthening as they wrap around my wrist like steel bands. They yank my hand away and tighten painfully. I cry out as my fingers spring open and the knife falls to the carpet. I try the hammer then, with the same result. Whatever Gray-Hair is, his balls look human enough, and I decide to try ramming my knee into them. But before I can, more hair tendrils lance forward, encircle my throat, and begin to squeeze. I can’t breathe, and the tendrils cut off the blood supply to my brain. Within seconds, I feel dizzy, and my vision starts to go gray around the edges.

“I promised Liana I wouldn’t hurt you if she returned to us willingly, and I meant it,” Gray-Hair says. “But you killed my brothers, and while they deserved to die for failing to stop a creature as weak and pathetic as you, they
were
kin, and such an insult demands payment. Your life doesn’t come close to equaling even one of ours, let alone two, and taking it will not balance the scales. But I suppose it will have to do.”

His grin widens, and his eyes burn with hate, not just for me, but for all my kind. There’s a roaring in my ears like a raging torrent of water, and the gray in my vision edges toward black. As the final darkness approaches, I don’t regret having married Pam, but I wish we’d divorced sooner. I do regret not getting a chance to say goodbye to Emily. But most of all, I regret failing Liana. I’d hope to make a safe place in the world for her, a place where she could be loved and heal, where she could let go of her past and become whatever she chose to be.

I don’t know if she can read my mind, but just in case, I think,
I’m so sorry, Liana. I love you.
And then the shadows rush in to claim me.

But they don’t stay for long.

When they recede, I find myself lying in Liana’s lap, my lungs heaving as I gasp for air. My throat burns like fire, but after a few moments I calm down and start breathing normally. The whole time Liana strokes my head and gazes lovingly down at me. When I feel strong enough, I sit up.

“Where—” I begin, but then I see Gray-Hair’s body lying not far from where we’re sitting. His flesh is covered with stab wounds, and his head is gone, reduced to bone shards and bloody paste mashed into the carpet.

I look at Liana.

“When you dropped the knife and hammer, I picked them up,” she says. She glances at Gray-Hair’s savaged corpse. “And I used them.”

She turns to me then. I put my arms around her and we both begin to cry.

Later that night, we check into a motel several hundred miles from Ash Creek. While the Spindlekin that abused Liana are dead, she told me there are others out there who will sense she is now free, and they will eventually seek her out and attempt to claim her. It’s the way of her kind. To avoid them, we’ll have to keep moving, but that’s okay. My apartment was never a home, only a place I lived, a way station where I was just marking time. A place to eat and sleep while I said farewell to my old life and learned how to forge a new one. Liana is my home now, and as long as we’re together, everything will be all right.

We showered before abandoning the apartment—we both were in dire need of a good cleaning after our battle with the Spindlekin—but we take another shower when get to the room. It’s late, we’re tired, and the shower stall is cramped, but we take our time and enjoy the warm water and each other. Later, lying naked together on the bed, Liana wraps her arms around me and rests her head on my chest. Her still damp hair feels good on my sweaty skin.

“That was wonderful,” she says in a drowsy, contented voice.

I place the last piece of Desiderata into my mouth, chew, swallow, and shudder in ecstasy.

Tim Waggoner’s novels include the
Nekropolis
series of urban fantasies and the
Ghost Trackers
series written in collaboration with Jason Hawes and Grant Wilson of the
Ghost Hunters
television show. In total, he’s published over twenty novels and two short story collections, and his articles on writing have appeared in
Writer’s Digest
and
Writers’ Journal
, among other publications. He teaches creative writing at Sinclair Community College and in Seton Hill University’s Master of Fine Arts in Writing Popular Fiction program. Visit him on the web at:
www.timwaggoner.com
.

DarkFuse (www.darkfuse.com)
is a leading independent publisher of modern fiction in the horror, suspense and thriller genres. As an independent company, it is focused on bringing to the masses the highest quality dark fiction novels, published as collectible limited hardcover, paperback and eBook editions.
Its imprints include the legendary specialty press Delirium Books which was founded in 1999 as well as the hybrid specialty / mass market company DarkFuse Publications, the collector's press Altar 13 and the innovative digital press, Darkside Digital.
Experience the dark side of fiction fused with some of the most imaginative storytellers working today.

OTHER BOOKS BY AUTHOR 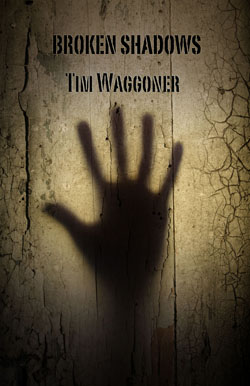 OTHER BOOKS BY AUTHOR