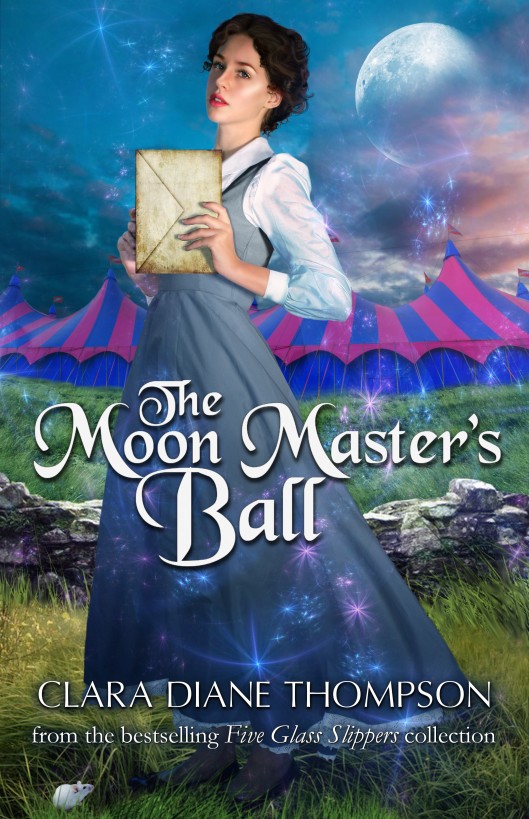 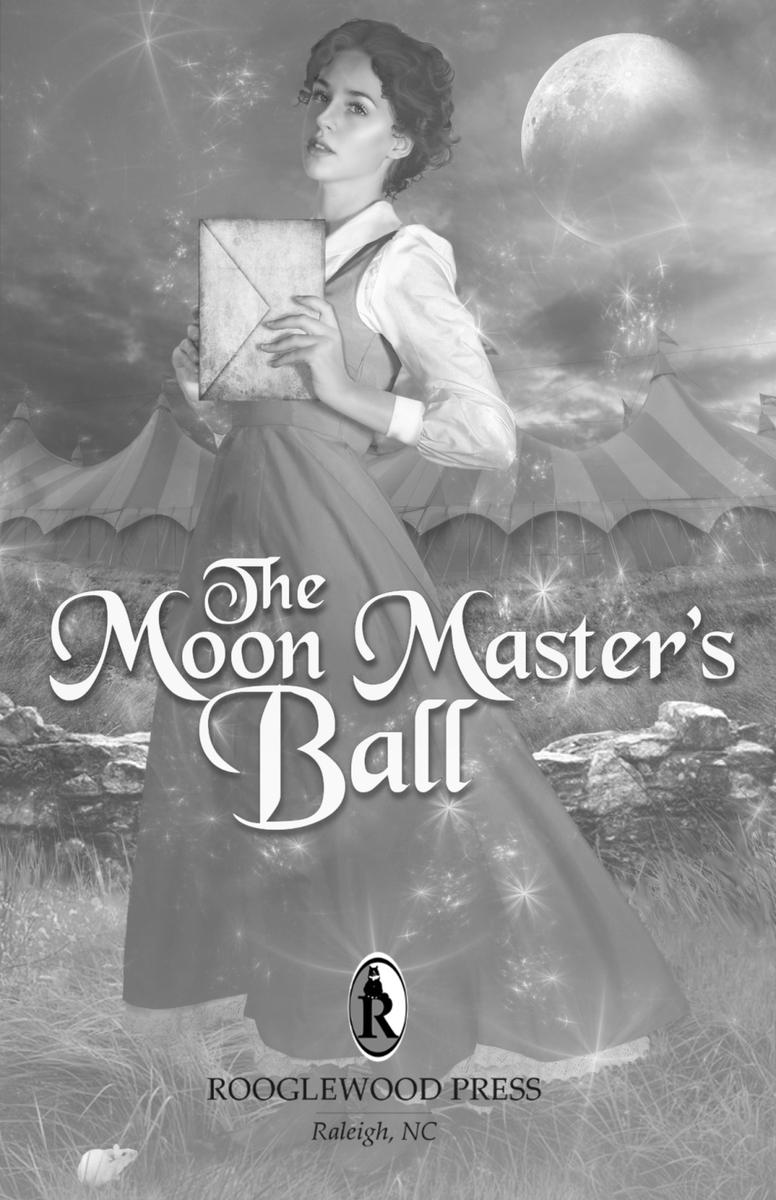 All rights reserved. No part of this
publication may be reproduced, stored in a retrieval system, or
transmitted in any form or by any means—for example, electronic,
photocopy, recording—without the prior written permission of the
publisher. The only exception is brief quotations in printed
reviews.

This is a work of fiction. Names, characters,
incidents, and dialogues are products of the author’s imagination
and are not to be construed as real. Any resemblance to actual
events or persons, living or dead, is entirely coincidental.

To my wonderful family for all the many
ideas. 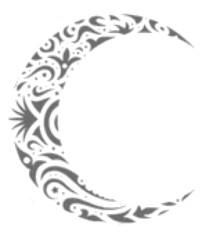 What Eyes Can See 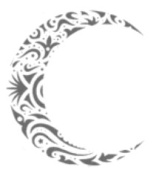 Leaves swirled on the moonlit streets of
Winslow village as Tilly Higgins sped past closed shops, her arms
wrapped tightly about herself to keep out the cold autumn wind. The
thought of hot cider made her quicken her pace, and she ran up to a
crooked little inn, opened the door, and rushed inside.

Apple Tree Inn, the nightly gathering place
of all Winslow residents, and in many ways the core of the town’s
happiness, always had a warm fire crackling on the hearth and was
known for its good cider and company. Low ceilings and the smell of
cooked apples made the inn feel like home to anyone who would wish
to enter, and clusters of candles glowed softly on each table,
lighting up all corners of the room.

“Tilly! We were beginning to think you
wouldn’t come tonight.” Bruce, the rotund butcher, spoke around his
pipe from his warm seat by the fireplace. His comment was followed
by murmurs of agreement throughout the inn.

“Sorry,” Tilly answered as she unwound the
scarf from her neck and unbuttoned her coat, revealing an
ankle-length maid’s dress. “I had quite a bit of work to finish
up.” She walked to the rough wooden counter near the back of the
room where Caroline, the owner of Apple Tree, was serving up her
famous cider.

“You seem upset, Tilly.” Caroline, who was
like a mother to almost every young person in the town, addressed
Tilly without even looking at her while pouring fragrant cider into
an aged mug.

Tilly didn’t respond. Instead, she sat in a
rickety chair and waited for Caroline to hand her the drink.
“Thanks.” She sipped it and closed her eyes.

“Do you want to talk about it?” Caroline
leaned over the counter, brushing a graying strand of hair away
from her eyes.

Tilly set down the mug and fingered a small
chip on its rim. “You know about the new family that just moved
into Baker Woodlow’s old house across the street?”

“Aye. But none of us have seen hide nor hair
of them since they arrived two days ago!” Caroline squinted.
“Whatever can this new family have done to make our girl so
unhappy?” The inn suddenly became quiet as the other villagers
heard mention of the newcomers and listened to what Tilly had to
say.

“The mother, Mrs. Carlisle, sent her
application in to Lord Hollingberry. She and her daughter will be
working at Winslow Manor, and Mrs. Carlisle got the position of
head housekeeper.”

Outraged whispers rippled through the room,
rising above the growling of logs shifting in the fireplace.
Caroline was silent for a moment then patted Tilly’s hand, offering
her a comforting look. “I know how hard you’ve been working for
Lord Hollingberry. You’ve devoted the past two years of your life
to your duties at Winslow Manor! It don’t seem right that he gave
this new woman the position and not you. But cheer up, sweet girl.
Perhaps they’ll be a nice family to work with. You never know.”

Satisfied, the other inn residents resumed
their own conversations. But Caroline’s kind remarks didn’t make
Tilly feel any better. She had already sunk into the bowels of
self-pity—in her mind she played out a scene of voicing her angry
thoughts to Lord Hollingberry. But deep down in her heart she knew
she was wrong. She was too young to be a housekeeper; girls of
seventeen served as maids. Besides, several of the other girls
working at Winslow Manor were far more experienced than she.

But Tilly still felt a bit slighted by her
employer. Lord Hollingberry had taken her under his wing two years
ago, when her father died, and allowed her to stay in a small room
by the kitchen in Winslow Manor. Due to his kindness, Tilly worked
long and hard. She was grateful for all he had done for her; and
yet, since she had labored so faithfully, she couldn’t help
expecting some kind of promotion . . . however unrealistic that may
be.

Mrs. Carlisle was now in charge of Winslow
Manor—a disgruntling fact, but one Tilly had to accept. This was
how normal maids were treated, and Tilly wanted nothing more than
to lead a normal life.

Just as she took another sip of cider,
someone grabbed her shoulders from behind, and the hot drink
sloshed into her lap. Startled, she jumped out of her chair and
snatched a rag from the counter.

“Whoops! I didn’t think you’d make a mess on
yourself.”

Dabbing at her now cider-spotted maid’s
uniform, Tilly glared at the young man responsible for jolting her.
“Rodger. I might have known. What are you doing, sneaking about and
scaring defenseless girls?” She threw the soiled cloth at her
friend and smirked, forgetting her self-pity for a moment.

Rodger grinned and tossed the rag back at
her, then leaned against the counter while Caroline poured cider
for another villager. “Oh, you know. A boy has to tease a girl
every once in a while or else he ceases to exist.”

“Is that so?” She smiled at Rodger. He was
the sort of person everyone liked. If he walked into a room, he
undoubtedly knew everyone in it. Rodger was a little on the short
side, and a mop of unruly brown hair dangled in his sparkling hazel
eyes. But it was his friendly personality that made him completely
charming.

“I heard what you said. Everyone did. And
we’re all on your side.” He became serious and looked at her the
way a little boy would look at a wounded puppy.

“There aren’t sides.” Tilly shook her head
but was secretly happy that her friends supported her. “Thank you,
though.”

Rodger winked at her. “Anytime.” Then, with
a glint in his eye, he abruptly changed subjects. “So, will you be
going this year?”

She set her mug down and bit her lip. “Going
where?”

“You know where I mean. It’s time you had a
bit of fun, and you’ve never been before! I’ll be your escort, if
that makes you feel any better.”

“Rodger, I
have
been before, and I
saw something that frightened me very much. I’ve never forgotten it
. . . not to mention I don’t care for magic.”

“You’re a big girl now! Why don’t you give
it another try?”

“I’ll think about it.” Tilly knew this was
the only answer that would satisfy him, at least temporarily. She
watched him walk over to the coat rack and slip on his short tweed
jacket.

“You want me to walk you home?” he asked,
wrapping a blue scarf around his neck.

“Goodnight, fair maiden!” Rodger bowed
dramatically, and someone in the inn clapped. With another flourish
he stepped outside.

Tilly decided she was ready to depart as
well. The next day she would meet Mrs. Carlisle and her daughter,
and she wanted to be well rested for the encounter.

“Goodnight!” she called to everyone in Apple
Tree Inn, then buttoned up her coat and headed towards Winslow
Manor. The wind felt even colder now that she had been inside the
warm inn, and she covered her mouth and nose with her scarf. As she
walked home, the heels of her laced-up boots clicking hollowly on
the cobbled street, she looked around at the little town she had
grown up in.

The village of Winslow was the quaintest
place imaginable, and rustling leaves and scents of fall made it
more whimsical than ever. Little groups of cottages with pumpkins
on their steps were scattered throughout the village, and at the
end of the main street, towering above them all with authority,
stood Winslow Manor. No gate or wall separated Lord Hollingberry’s
great house from its neighbors, and the village folk were proud of
its stately position; it provided a sense of security and welcoming
warmth.

Tilly sighed again when she thought of
meeting Mrs. Carlisle and her daughter. For the past few years of
her life she had worked alongside other maids who didn’t get in
each other’s way. It was hard work, to be sure, but she and the
other maids had developed their own method of cleaning and
organizing which the two Carlisle women were sure to uproot. Change
was necessary, she reasoned with herself, and the Manor was Lord
Hollingberry’s and no one else’s. If he wanted his bed to be made
one way or another then he would tell Mrs. Carlisle.

Break No Bones by Kathy Reich
Girl Watcher's Funeral by Hugh Pentecost
Small Acts of Disappearance by Fiona Wright
Linnear 02 - The Miko by Eric van Lustbader
One More Step by Sheree Fitch
Going La La by Alexandra Potter
The Lost City of Faar by D.J. MacHale
Mumbersons and The Blood Secret, The by Crowl, Mike, Celia Crowl
A Killing at Cotton Hill by Terry Shames
2010. Odisea dos by Arthur C. Clarke
Our partner