Read The Most Wanted Online 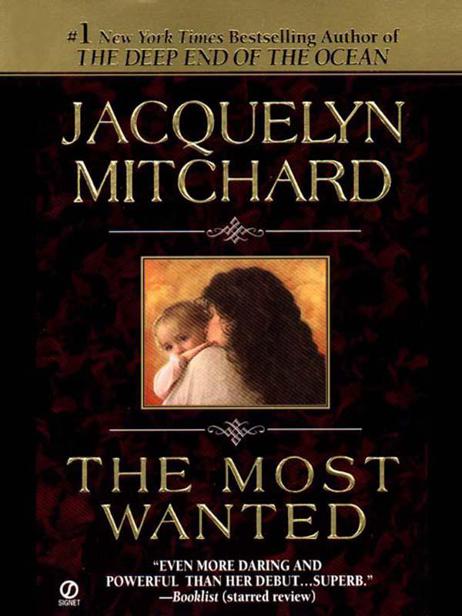 A
Signet
Book / published by arrangement with the author

SIGNET
and the “
S
” design are trademarks belonging to Penguin Putnam Inc.

This is an entirely fictional work, which takes place among entirely imaginary people in an imaginary Texas and owes its inspiration to my affection for its people. All individuals, organizations, events, and locales in this book are solely this writer’s creation, and any resemblance to actual persons, living or dead, groups, incidents, or places is coincidental.

Like a pole barge going slowly up a river, this book got finished only because of all the toting and cheering from the shore.

I first need to thank Michelle LaVigne, a true friend and a good writer, who allowed me to model the character of Annie Singer on her slender and lawyerly bones. To the many people who helped me have at least some sense of Texas and its culture, including Maria, Joe, and my beloved Elizabeth, whose heart is bigger than the big Republic; to Ken and Gloria for help understanding why some of us cross the line of the law; to Linda Bubon, classmate and friend, owner of a unique Chicago bookstore, who, in the spirit of fun, let me borrow its wonderful name for Anne Singer’s law firm: thank you all.

A cherished network of family, coworkers, and friends again surprised me with loyalty and sheer intelligence. For heroic forbearance, I thank my cadre—Susan, Michelle, Pamela, and Patty. For simply showing up at the site of the cyclone, Sandy, Karen, Lilia, Amy, Kevin, and Pam. For provocation and uncommon gentleness, my sons, Robert, Daniel, and Martin, I love you best. Ann K., Anne D., Jane H., Laurie, Franny, Brian, Jean Marie, Tory and Steve, Stacey, Hannah, John and Georgia, Rick, Sylvia, and all the “we of me,” you know where I’d be without you.

To the strong and good women who publish my work, Barbara Grossman, Susan Petersen, and Phyllis Grann, thank you. I wish also to thank Penguin Putnam artists Gail Belenson and Francesca Belanger for their superlative grace notes, and Beena Kamlani for once again making me look smart.

To my agent and once-and-future-best-pal, Jane Gelfman, all my gratitude; and to the staff and supporters of The Ragdale Foundation, a writers’ residence in Lake Forest, Illinois, who helped me through substantial portions of this book in 1997.

Finally, though several beautiful original poems appear in this book, they did not come from my mind or pen.

The love poems of Arley and Dillon are the work of Sharron Singleton, a luminous writer and a tender friend, who found her way into the souls of characters she didn’t know and made them speak, almost before the person who created them was able to do that.

So far as Sharron and I know, this kind of collaboration between two writers of different genres, in a single work of fiction, hasn’t been tried in quite this way.

It was a startling adventure, as all of this has been.

I gave my life to another lover,

But over a dream the past will hover,

Out of a dream the past will call.

I tear myself from sleep with a shiver

But on my breast a kiss is hot,

And by my bed the ghostly giver

Is waiting tho’ I see him not.

The Highwayman
by Alfred Noyes

The wind was a torrent of darkness

among the gusty trees,

The moon was a ghostly galleon

The road was a ribbon of moonlight

over the purple moor,

And the highwayman came riding—

up to the old inn-door.

He’d a French cocked-hat on his forehead,

a bunch of lace at his chin,

A coat of claret velvet,

and breeches of brown doe-skin;

They fitted with never a wrinkle:

his boots were up to the thigh!

And he rode with a jewelled twinkle,

under the jewelled sky.

Over the cobbles he clattered

and clashed in the dark inn-yard.

And he tapped with his whip on the shutters,

but all was locked and barred;

He whistled a tune to the window,

and who should be waiting there

But the landlord’s black-eyed daughter,

into her long black hair.

And dark in the old inn-yard

Where Tim the ostler listened;

his face was white and peaked;

His eyes were hollows of madness,

But he loved the landlord’s daughter,

Dumb as a dog he listened,

and he heard the robber say—

“One kiss, my bonny sweetheart,

I’m after a prize to-night,

But I shall be back with the yellow gold

before the morning light;

Yet, if they press me sharply,

and harry me through the day,

Then look for me by moonlight,

Watch for me by moonlight,

I’ll come to thee by moonlight,

though hell should bar the way.”

He rose upright in the stirrups;

He scarce could reach her hand,

But she loosened her hair i’ the casement!

As the black cascade of perfume

came tumbling over his breast;

And he kissed its waves in the moonlight,

Then he tugged at his rein in the moonlight,

and galloped away to the west.

He did not come in the dawning;

he did not come at noon;

And out o’ the tawny sunset,

before the rise o’ the moon,

When the road was a gipsy’s ribbon,

up to the old inn-door.

They said no word to the landlord,

they drank his ale instead,

But they gagged his daughter and bound her

to the foot of her narrow bed;

Two of them knelt at her casement,

with muskets at their side!

There was death at every window;

And hell at one dark window;

For Bess could see, through her casement,

the road that
he
would ride.

They had tied her up to attention,

with many a sniggering jest;

They had bound a musket beside her,

with the barrel beneath her breast!

“Now keep good watch!” and they kissed her.

She heard the dead man say—

Look for me by moonlight;

Watch for me by moonlight;

I’ll come to thee by moonlight,

though hell should bar the way!

She twisted her hands behind her;

but all the knots held good!

She writhed her hands till her fingers

were wet with sweat or blood!

They stretched and strained in the darkness,

Till, now, on the stroke of midnight,

Cold, on the stroke of midnight,

The tip of one finger touched it!

The trigger at least was hers!

The tip of one finger touched it;

she strove no more for the rest!

Up, she stood to attention,

with the barrel beneath her breast,

She would not risk their hearing;

she would not strive again;

For the road lay bare in the moonlight;

Blank and bare in the moonlight;

And the blood of her veins in the moonlight

throbbed to her love’s refrain.

Were they deaf that they did not hear?

Down the ribbon of moonlight,

over the brow of the hill,

The red-coats looked to their priming!

She stood up, straight and still!

Tlot-tlot,
in the frosty silence!

Tlot-tlot,
in the echoing night!

Nearer he came and nearer!

Her eyes grew wide for a moment;

she drew one last deep breath,

Then her finger moved in the moonlight,

Her musket shattered the moonlight,

Shattered her breast in the moonlight

and warned him—with her death.

He turned; he spurred to the West;

he did not know who stood

Bowed, with her head o’er the musket,

drenched with her own red blood!

Not till the dawn he heard it,

his face grew gray to hear

How Bess, the landlord’s daughter,

Had watched for her love in the moonlight,

and died in the darkness there.

shrieking a curse to the sky,

With the white road smoking behind him,

and his rapier brandished high!

Blood-red were his spurs i’ the golden noon;

wine-red was his velvet coat,

When they shot him down on the highway,

And he lay in his blood on the highway,

with the bunch of lace at his throat!

Dark Space by Scott, Jasper T.
Alma by William Bell
Don't Drink the Punch! by P.J. Night
The Way Back from Broken by Amber J. Keyser
Ten Thousand Skies Above You by Claudia Gray
Rise of the Death Walkers (The Circle of Heritage Saga) by Lawrence Nason Jr.
Another Piece of My Heart by Jane Green
Driftwood Summer by Patti Callahan Henry
Drinking Coffee Elsewhere by Z. Z. Packer
The Last Days of a Rake by Donna Lea Simpson
Our partner