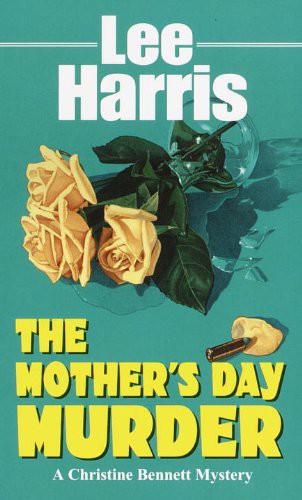 I could not exaggerate the shock I experienced at hearing her pronouncement. For a moment it left me short of breath and dizzy. I’m not sure whether there was a fleeting moment in which I thought that what she said might be true or whether I simply felt immediate disgust and anger that anyone would say something so untrue, so impossible to believe, and so impossible to have happened—something that could devastate the life and career of a woman whom I believed to be a paragon of virtue.

“Tina,” I said, “I think you should reconsider what you just said. I’ve known Sister Joseph for most of my life. She is a devout Catholic, a devoted member of the convent, a great leader. She has never had a child.”

“Were you there twenty years ago?”

All rights reserved under International and Pan-American Copyright Conventions. Published in the United States by The Ballantine Publishing Group, a division of Random House, Inc., New York, and simultaneously in Canada by Random House of Canada Limited, Toronto.

Fawcett and colophon are trademarks of Random House, Inc.

To my daughter, Molly,
who makes being a mother a pleasure
every day of the year

The author wishes to thank Ana M. Soler and James L. V. Wegman for a happy dozen books of help and information, which just get better all the time!

Oh, my son’s my son till he gets him a wife, But my daughter’s my daughter all her life.

“I have the papers.” The woman named Mrs. DelBello was gently rounded and looked starched, although she was not a nurse. “Do you want to read them? I can give you a few minutes.”

The other woman seemed unsure. “I suppose I should.” She pulled herself up carefully to a sitting position in the hospital bed, wincing slightly, then adjusted the pillow behind her. Sunlight streamed through the single window, exactly hitting the papers on her lap. She looked toward the window, but could see nothing except sky. They were on a high floor, the tallest building in the area. “Just give me a few minutes.”

Mrs. DelBello walked quietly out of the room and the woman in the hospital bed pressed the bridge of her glasses closer to her face and read through the document. It was just as it had been explained to her and she had no problems and no complaints. She looked around for a pen but there was none on the table next to her.

A moment later Mrs. DelBello knocked lightly, then opened the door, as though, with experience, she had
timed the reading of the document. “Do you have any questions, dear?” she asked.

Mrs. DelBello handed her one from her handbag. “I can witness your signature.”

The woman in the bed swallowed, closed her eyes for a moment, then shook her head. “No, thank you.”

“The records are sealed, is that right?” She knew the answer but she wanted to hear it one more time. It was the most important question she had asked.

“Sealed forever. None of this will go further than the agency. You can rest assured. And they’re a lovely couple. They’ll bring her up just the way you would.”

“Thank you. Take it easy, dear. Things will get better.”

The woman in the bed nodded and watched Mrs. DelBello leave the room for the last time. Then she looked at the window again, at the sky and the brilliant light. It was time to rest, to rest assured.

A small crowd had gathered down the block and across the street from my house when I came outside that afternoon with Eddie, my two-and-a-half-year-old. I knew before I got there what it was about, a situation I had shaken my head over more than once during the spring months, wondering at the things that people found to argue over. It would be better not to walk in that direction and get caught in the fracas but Eddie spotted my friend watching from her driveway and said, “Mel. Wanna see Mel,” as he took off toward his chief cookie-baker-and-giver and the small angry crowd nearby.

They were actually shouting when we got there.

“A cookie.” He said it with the kind of smile Mel found irresistible.

“We’ll get you a cookie soon,” she said, nuzzling him so that he giggled. “They’re going to kill each other over this,” she said to me. “Can you believe it’s gone this far?”

“Yes, you will,” the man at the center of the group was saying in too loud a voice. “And you’ll pay for it.
You’ve had ten years to take care of this and you haven’t done a damn thing.”

“You have no heart,” the woman standing nearest him called back. “That’s all I can say. You probably drown stray cats, too.”

“Enough,” Mel said. “Let’s go inside and find the cookies and get away from this horror. I hate seeing reasonable people become monsters.” She looked around. “Sari? Noah? Come on. We’re going in.”

The five of us trooped into the house, the children grabbing their cookies and going upstairs, Mel and I hanging around the kitchen until the tea was made and then carrying our snack into the family room.

“Mel, don’t say that. What will I do without you?”

“What will I do? But this is getting crazy. That man has lost his mind and the Greiners won’t give an inch. He’s probably got the law on his side and I understand his point of view, but it’s hard to like him. The Greiners are nice people but they’ve got to acknowledge they’ve caused a problem for him. Did you get the flyer in your mailbox?”

“Two flyers. One for and one against. Jack checked with the police, just on a hunch. Do you know Mr. Kovak owns a handgun?”

“A pistol. It’s all licensed and legal. He doesn’t have a permit to carry, just to keep it on the premises.”

“Lots of people own guns, Mel. It’s the world we live in.”

“Well, he better not use it over a tree.”

It was a tree, in fact, that was the center of the discord on Pine Brook Road, a tree that had turned neighbor against neighbor. However many years ago, a seed from a silver maple had blown from the mother tree and settled on the edge of the Greiners’ property, eventually planting itself and becoming a small sapling. I had not lived in Oakwood when that happened, although I had visited my aunt frequently in the house that I inherited from her a few years ago. When the seed rooted, I was a Franciscan nun living upstate in St. Stephen’s Convent, not far from the Hudson River. By the time Aunt Meg had died, bequeathing the house to me, and I had been released from my vows and taken up residence on Pine Brook Road, the once tiny and fragile sapling was already a tree. Today, four years later, it was a good-sized tree with pretty, silvery leaves that moved gracefully in the wind and shaded the area beneath, and unfortunately wreaked havoc with Mr. Kovak’s driveway only a few feet away from the trunk and just above the most aggressive of the roots.

The upshot of this natural phenomenon was that the Kovaks’ driveway, an expensive concrete job, was being raised by the thickening roots. During the winter he had quite a problem getting over the icy hump and he was not happy. His anger had blossomed with the first green leaves of spring. I couldn’t blame him. What he wanted from the Greiners was the removal of the tree, the removal of all the roots, and the replacement of the damaged piece of his driveway. The Greiners would have none of it.

“The Greiners could have mowed it down ten years ago when it was a flexible stick with a leaf,” I said. “I hate to tell you what Jack mows down by accident.”

“He’s not the only one.” Mel sipped her tea. “You’re right. They could have. I’m sure they went to some trouble to preserve it when they saw it. And they should have known it wouldn’t stay tiny for long. I mean, if you plant things, you know they’re going to grow.”

“How did the Kovaks’ driveway come to be so close to the property line?” I asked. “The law says you have to leave so many feet between the boundary and whatever you build.”

“I heard they got a variance when they built the house because the property was a little smaller than the usual minimum. It just worked out that way and the town gave them the variance because if they didn’t, they wouldn’t build a house there and the town wouldn’t get the taxes and—you see the way they were thinking. The Kovaks have the law on their side.”

“But such anger,” I said. “Such hostility. Can’t the Greiners agree to anything?”

“What’s to agree to? If they don’t get rid of the tree, the problem will only get worse. Someone even suggested the Kovaks try to move the driveway closer to their house but that’s a tremendous expense and who’s to say the tree won’t send its roots over that way?”

“I hate the way people are taking sides. They need some kind of professional mediator.”

“Why don’t you volunteer?” Mel gave me a smile. “You got this town out of a hole a couple of years ago.”

She was referring to the time when, soon after I had moved in, I was appointed to determine who had murdered a woman in Brooklyn forty years earlier. “I’m not exactly disinterested,” I said. “Although to the extent that I can’t side with either of them, I guess I am.”

“I just hate the bickering,” Mel said. “It seems to me,
setting aside which neighbor I like and which one I don’t like, that the Greiners should cut the tree down and see if they can negotiate some kind of settlement with the Kovaks. Maybe if they offer to pay half the cost of fixing the driveway, the Kovaks will come around.”

It sounded reasonable to me, although I could see that the Kovaks might want full restitution and if they took the case to court, they might get it. “Is there a lawsuit yet?” I asked.

“I don’t really know. I’m sure there will be if this isn’t settled. If that tree keeps on growing this summer the way it’s been growing the last few years, that driveway’s going to be a mess when winter comes. I don’t know. Mr. Kovak is not a pleasant person but I think he’s right in this case.”