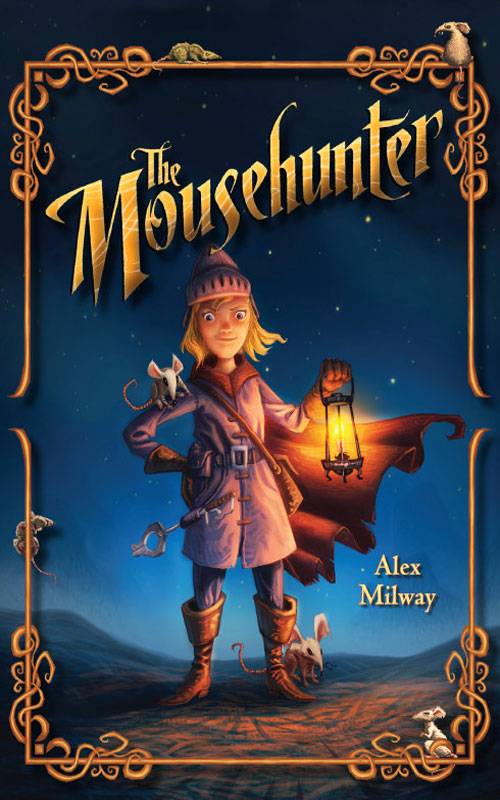 Visit our Web site at
www.lb-kids.com

The Orange Mouse of Niladia

The Return to Old Town

The Shadow of Pirate’s Wharf

The Day of Execution

The Bond of Friendship

A
LEX
M
ILWAY
was born in 1978 in Hereford, England. After finishing art school and spending a number of years in magazine publishing, he finally managed to finish a book. He now lives in London with his girlfriend and a curly-haired cat called Milo. 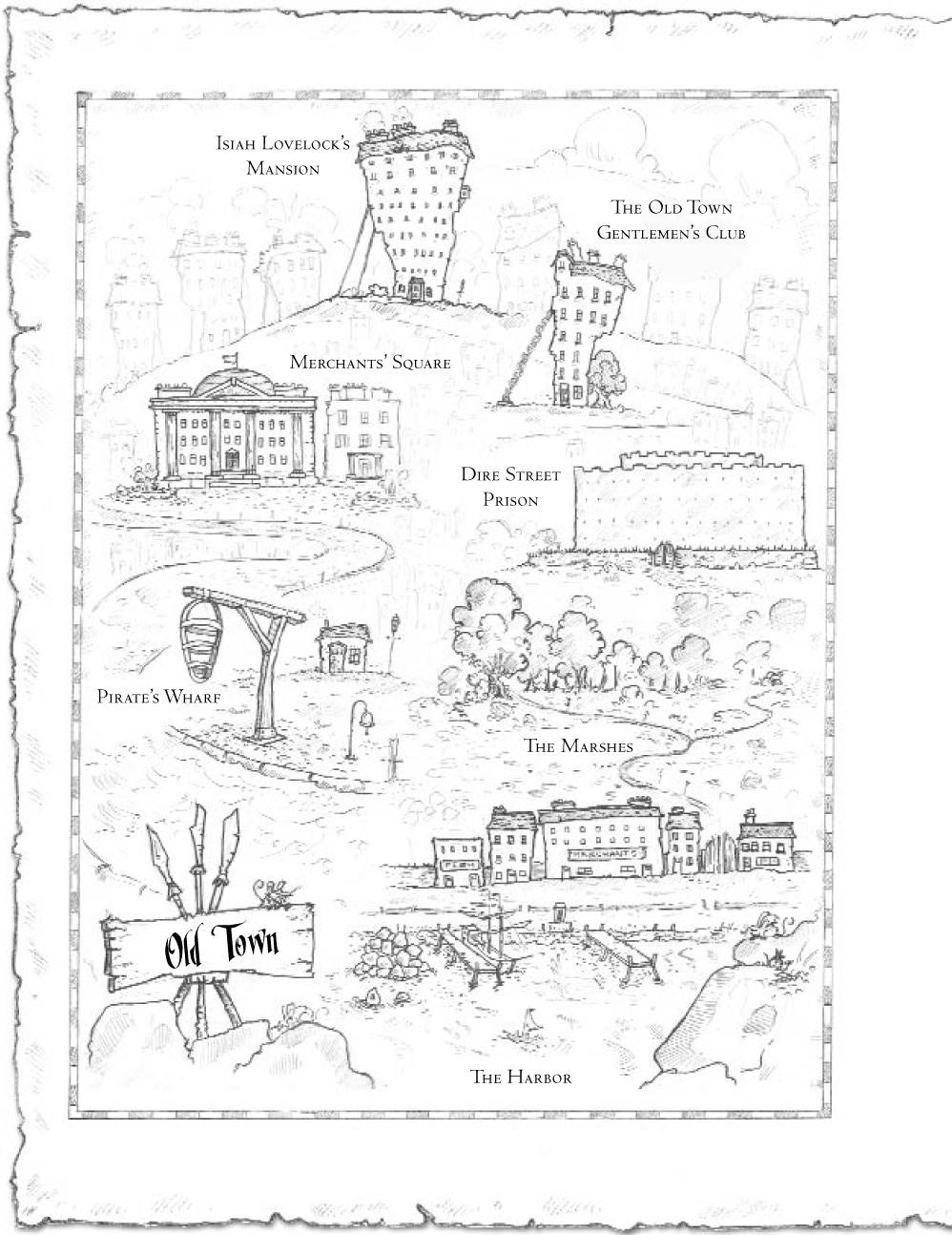 A mouse of little consequence is a rare thing indeed. 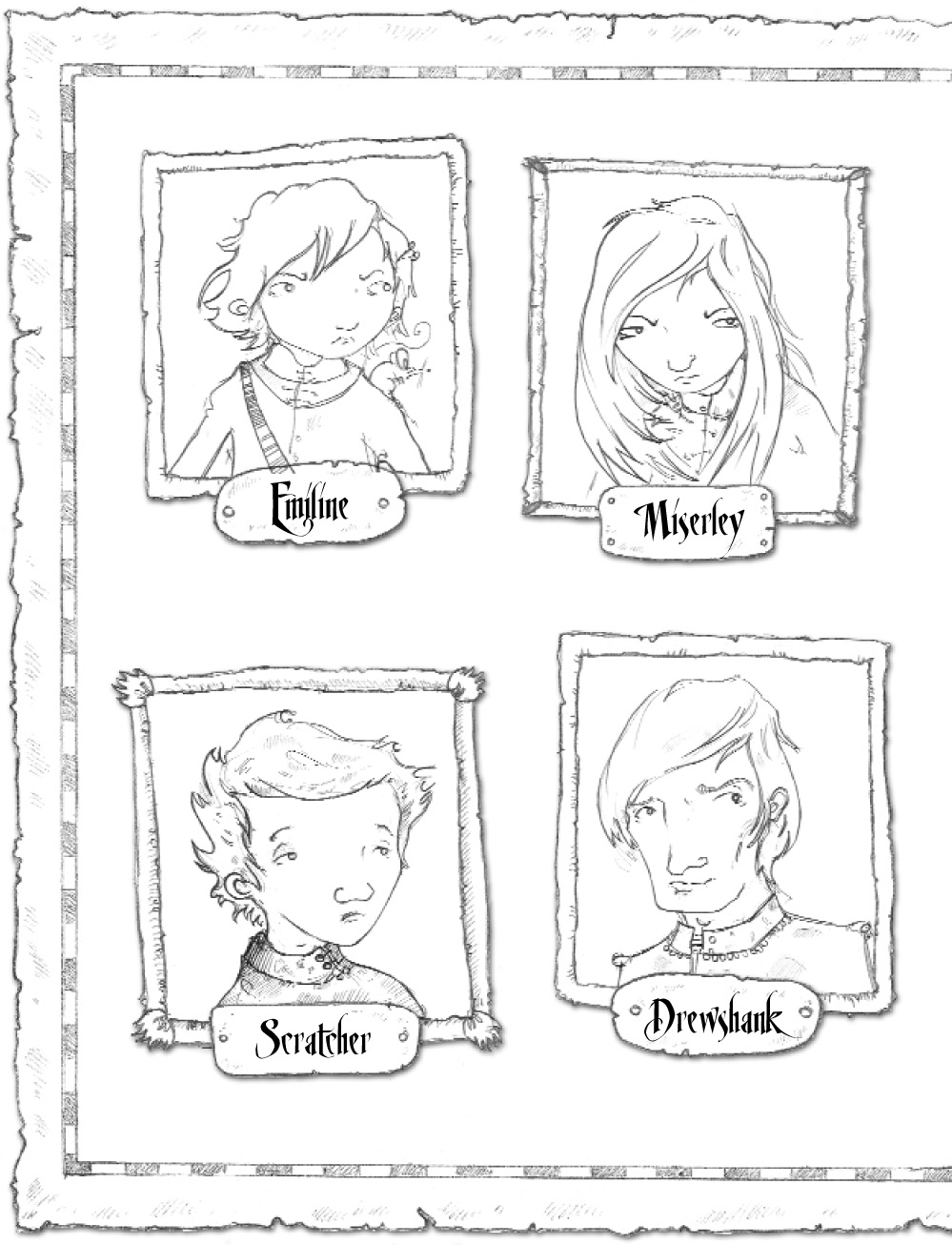 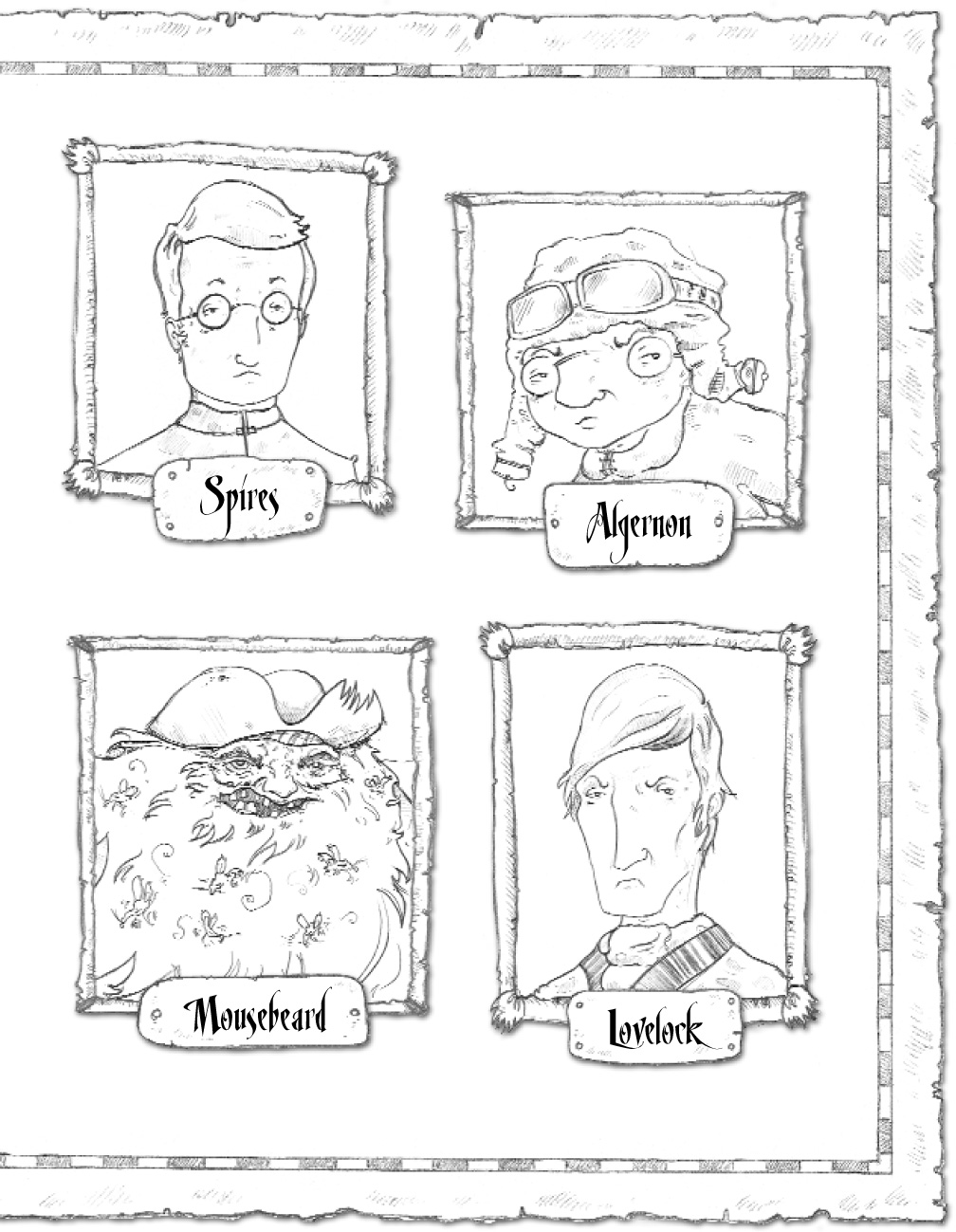 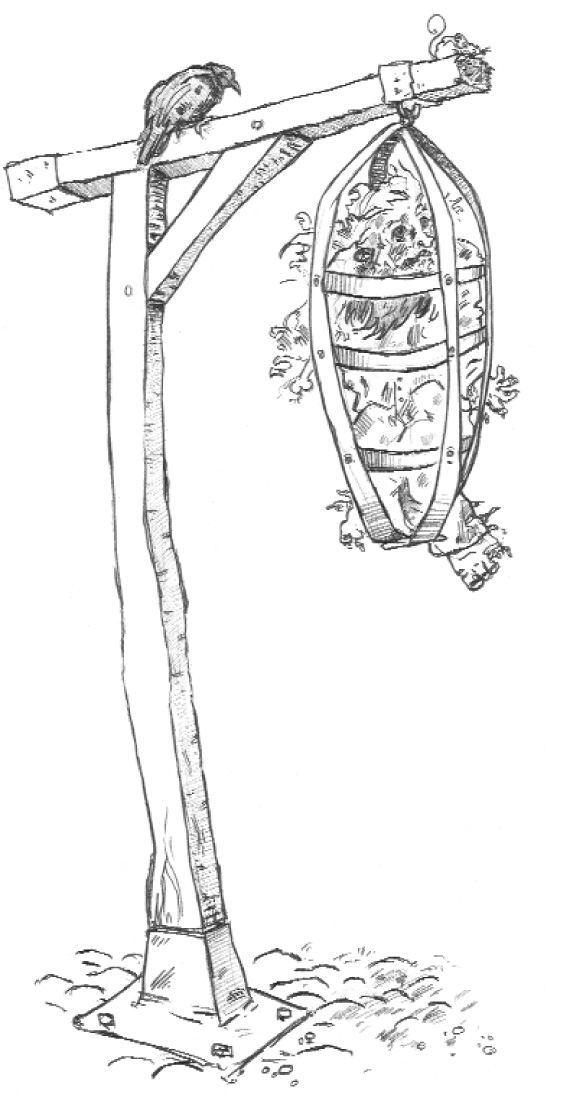 T
HE NIGHT HAD BEEN QUIET SO FAR — ONLY THREE
bodies to speak of, and none of them carried anything of worth to Mr. Droob. It was a bad night’s work if fewer than ten washed ashore, and to bide his time he sat quietly spying the river, rubbing his hands to keep warm.

At the riverside, the Pirate’s Wharf gibbet creaked and swayed in the breeze, the last remains of its long-dead pirate struggling to cling to its irons. Mr. Droob watched the thin fog roll off the water, enveloping the dying glow of the street lamps. He saw his assistant leap up to ring the warning bell: another body approached.

Mr. Droob strode down to the river, buttoning his jacket on the way. His assistant waited silently, watching as the body floated nearer. In his arm rested a long hooked pole, and with a looping stretch he dropped it onto the body. It caught at the waist, and he pulled it in.

A quick glance showed clearly that it was the body of a man, and a sailor at that: his blue flared trousers, dirty and torn, and his bloodstained shirt were the clothes of the merchant navy.

With a stomach-churning groan, his assistant took hold of the heavy, lifeless body and dragged it up the bank. With little ceremony he searched the corpse, checking for rich pickings. There seemed nothing of any worth, no pocket watch, knife, or coins, but tied to the man’s neck was a small wooden box.

Mr. Droob picked it up and shook it gently. It weighed very little, but there was something inside. Nailed to the box was a metal plate with an inscription, and Mr. Droob’s eyes sparkled when he read its words. 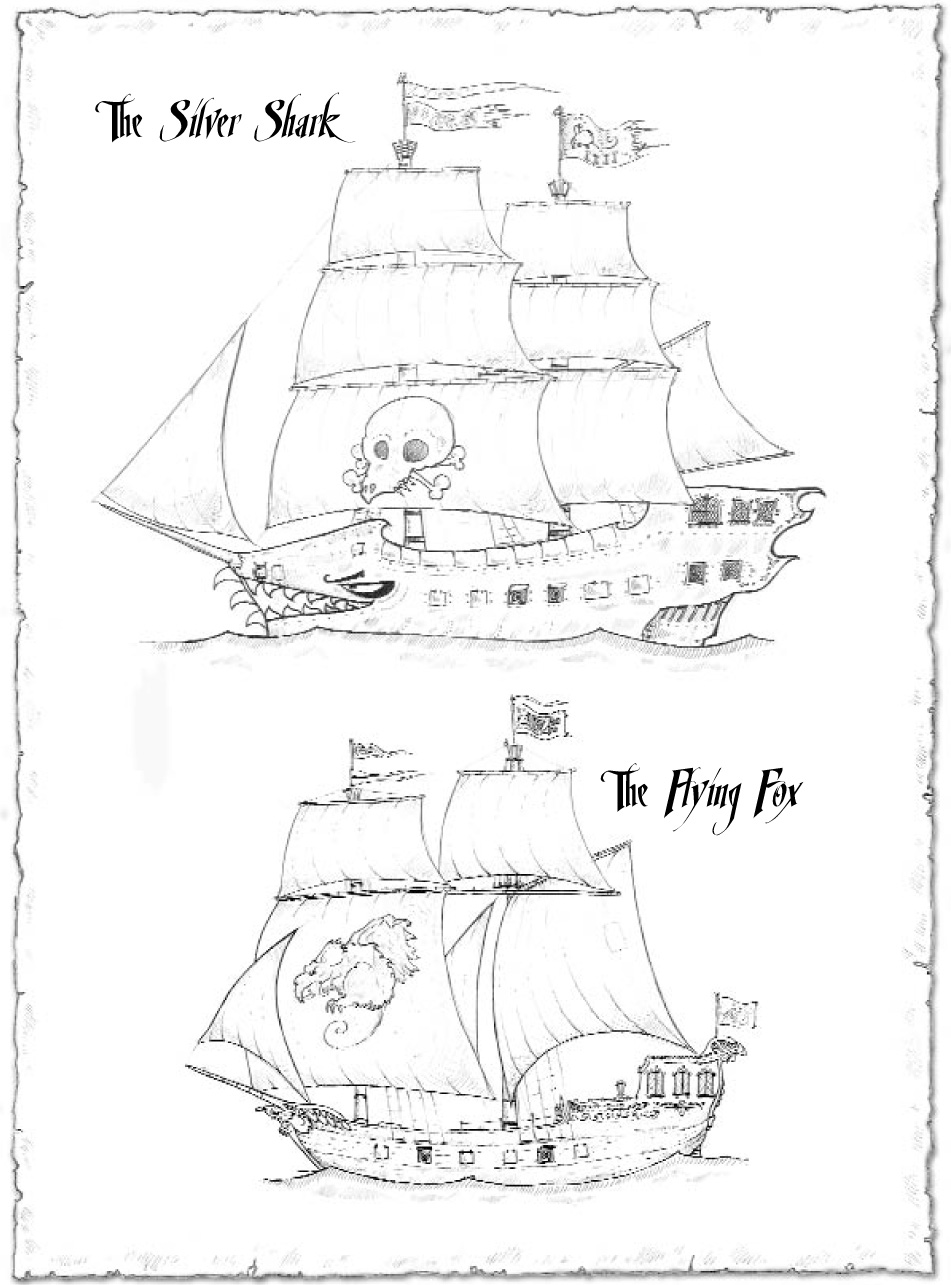 City of Women by David R. Gillham
To Catch a Pirate by Jade Parker
The Tender Flame by Anne Saunders
The Vesuvius Isotope (The Katrina Stone Novels) by Elise Ph.D., Kristen
House Party by Patrick Dennis
Jilted by Ann Barker
Night After Night (Night Riders Motorcycle Club Book 1) by Thomas, Kathryn
Sacrifices by Smith, Roger
Breaktime by Aidan Chambers
Book One of the Travelers by D.J. MacHale
Our partner