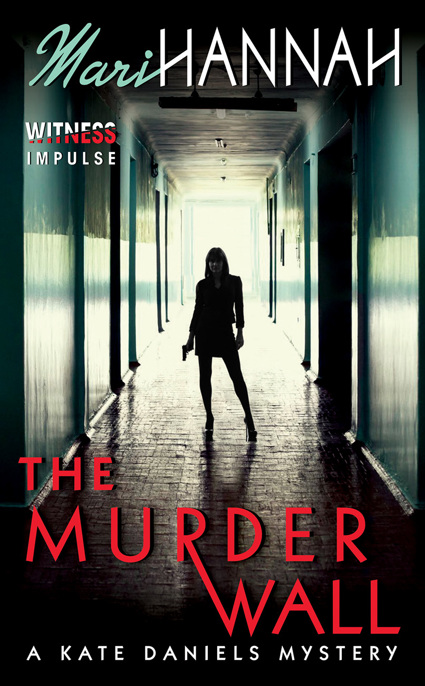 For Max & Frances
Live your dreams

An Excerpt from
Settled Blood

H
is hand on her shoulder made her go rigid. Her scalp tightened as each individual hair stood to attention and goose pimples covered her skin. He forced her down, his eyes slate
grey and empty, his voice no more than a chilling whisper . . .

‘Lie still and shut the fuck up.’

Sarah lashed out, her fist freezing in mid-air when he placed the point of a blade at her neck. A sob escaped from her mouth and urine seeped from her body as he fingered the buckle of his belt,
using his knee to force her legs apart. She blocked him out with thoughts of her father waiting at home. Sitting in their cosy front room, a fresh pot of tea on the wood-burning stove, two mugs
warming beside it – her mother already tucked up safe in bed.

Her attacker’s rage grew as he sensed she’d gone to another place. He punched her full in the face. Warm blood began pooling in her mouth from loose teeth.

His hands; rough between her legs.

Hands; groping, hurting, touching where no hands had been before.

A droplet of sweat fell from his chin on to her lip as he forced his way into her.

Sarah felt ashamed. She’d received her First Holy Communion in this church in front of proud parents. She turned her head away, praying for deliverance. She could just make out an open
door . . .

Where was Father Simon?

Why didn’t he come?

The man stopped what he was doing and stood up. For a fleeting second, Sarah thought her ordeal was over. It wasn’t. He stamped on her chest with the heel of his boot. Rib bones collapsed
and breathing became difficult. Sarah felt cold and limp, but surprisingly little pain. She floated outside herself, her body jerking with every blow.

Would her father still be waiting with tea and a hug?

In an act of self-preservation, Sarah curled up into a foetus-like ball and counted the remaining seconds of her short life.

A
n incident room, frozen in time, littered with the remnants of an impromptu party. Streamers hung untidily from the harsh tube lighting above Detective Chief Inspector Kate
Daniels’ head, and a blow-up Santa lay slumped, as if drunk, across the statement reader’s desk. Someone had left a pair of flashing reindeer antlers on a medical skeleton that sat
upright in the Super’s chair, its fixed jaw mocking her from across the room. She poked out her tongue and it collapsed in a heap, making her jump.

Feeling a little foolish, Daniels relaxed back in her chair wondering how many lives would be lost in the so-called season of goodwill. Try as she might to push away that sombre thought, it
stuck with her, drawing her back to the jumbled pile of bones on the floor – a grim reminder of the task she’d been dreading all day. She took in a clock on the wall. Nine thirty. If
she left now, she’d still make it to St Camillus to light that candle.

Outside, winter had finally arrived. A snow shower looked set to turn worse as Daniels ran to her car, got in and turned on the radio. A traffic report warned of chaos on the roads – worse
inland than at the coast – which wasn’t what she wanted to hear. She took a short cut along the river road, heading west, and cut up on to the A69 from the Scotswood Bridge.

But for necessity, she would have driven straight home. The normally busy dual carriageway was almost at a standstill, a steady stream of tail lights stretching for miles along the Tyne Valley
with only one lane passable. Drivers up ahead were using too much acceleration for the road conditions, their vehicles fishtailing along in protest. Daniels knew it was madness to continue but
ploughed on regardless, grateful for the Toyota’s four-wheel drive. The rest of her journey was a blur, the level-headed detective in her drowned out by the dutiful daughter and thoughts of a
mother taken long before her time – before either of them was ready to say goodbye.

An hour or so later, she made it to St Camillus, got out and locked the car, taking a moment to admire the village tree – a huge Norwegian Spruce decorated and paid for by the Corbridge
Village Trust. Across the marketplace, a couple she knew were leaving the pub, their breath clearly visible in the cold night air. She watched them walk off arm in arm along a terrace of stone and
slate cottages, past a row of pretty, festive trees. Their carol singing and laughter echoed in her head long after they were gone . . .

It was like an icebox inside the church. Daniels shut out the blizzard with the heavy oak door, conscious of an impossible journey home. She slid a gloved hand into her coat pocket, removed the
candle from its cellophane wrapper and lit it. Taking a deep breath, she set off down the southern aisle, determined not to pray. It was then that she saw the girl’s body, lying across the
altar like a macabre sacrifice, her huge eyes staring intently at the high, vaulted ceiling.

Daniels took a step backwards. The lit candle fell from her hand and rolled across the stone-flagged floor. Sickened by images of blood and mangled flesh, for the first time in her entire life
she felt very afraid. She stood perfectly still, taking stock, waiting for her professional training to kick in. It took every effort to stay focused, but she knew how crucial a witness she would
be to a subsequent investigation.
At the point of discovery, subconsciously or otherwise, witnesses take in an abundance of detail . . . temperature, atmosphere, sight and sound.

The flickering candle sent shadows across the walls. Daniels kept her nerve, resisting a growing temptation to run for her life. Her eyes scanned every dark corner, observing and fixing
impressions in her mind. Inclining her head, she listened with her best ear. Nothing. All she heard were words of advice from years back, tips on self-defence she’d hoped never to put into
practice.

Father Simon lay where he had fallen, a pool of blood seeping from his chest, a prayer card and crucifix held tightly in his hand. There was something accusing about the dead priest that made
Daniels feel guilty. Being a murder detective was her dream job – what else could deliver that adrenalin rush? – but now she saw murder for what it was: cruel, brutal, nauseating, the
more so when it was personal.

If only she’d got there sooner.

D
aniels managed to drag herself from sleep, turn on the light and find the phone. On the other end of the line, Pete Brooks had a bad case of verbal diarrhoea. He was talking
faster than she could scribble down notes on a pad.

‘Give over. This is Britain’s party capital, remember? I’ve got a queue of calls a mile long. The whole world wants to talk to me tonight. Except the poor bastard you’re
off to see. He’s past caring.’

As Brooks filled her in on what he knew, Daniels put him on speakerphone and leapt out of bed in a room ready for call-out at a moment’s notice: a suit of clean clothes hung from the
wardrobe, matching shoes and briefcase beneath, next to a fully charged mobile phone and car keys. Her watch read one twenty-eight. She’d been asleep less than two hours, having spent a long
day on her regular duties, then three hours teaching cognitive interviewing to rookie detectives on the CID training course. It was a skill well worth cultivating – a technique proven to
enhance eyewitness recall by up to forty-five per cent – a subject so well received she’d been invited to eat with the group afterwards to carry on discussions down at the pub. Despite
her best efforts to avoid it, she’d been late getting home.

‘You got an address?’ she asked.

‘Number 24 Court Mews. Drop down to the Quayside on Dean Street, go east along the river for about half a mile. You can’t miss it.’

‘Who’s the SIO?’ Daniels hoped for someone decent; not a detective with less experience than she had – someone recently promoted because his face happened to fit.

‘You are. This isn’t Night Owls calling.’

‘Busy with another victim in the west end . . .’ Brooks raised his voice above others in the control room. ‘Nasty one too, by all accounts, so it looks like you’re on
your own.’

Daniels punched the air. Some would say it was her lucky day, though in reality luck had little to do with it. Her first crack at Senior Investigating Officer had been a long time coming but
finally it was here. Just thinking about it put a smile on her face.

‘Who do you want out?’ Brooks said, interrupting her private celebration.

‘Ask a stupid question. You want to be careful, ma’am – people will talk.’

‘You don’t say?’ Daniels had a wry smile to herself. ‘And you’ve been nicknamed
The Font
by accident, I suppose?’

‘Ouch! You really know how to hurt people.’

The road was unusually busy as she headed across town hoping Brooks had made the call. He had. As she turned the corner, she saw her DS sitting on his garden wall. Hank Gormley stood up as he
heard her car approaching. He binned his cigarette, grinding it out on the pavement with his foot. Daniels stopped at the kerb just long enough for him to dive into the passenger seat, then did a
quick U-turn and put her foot down heading for Newcastle city centre.

Gormley settled back in his seat. ‘What’s the mutter from the gutter?’

Negotiating a right-hand bend, Daniels told him what little she knew. Details were sketchy. The key-holder from Salieri’s, a popular Italian restaurant, had reported the shooting.
He’d been about to lock up for the night when a woman ran in screaming blue murder. Gormley listened to every word and didn’t interrupt. It was his patience and good nature she
appreciated most about him.