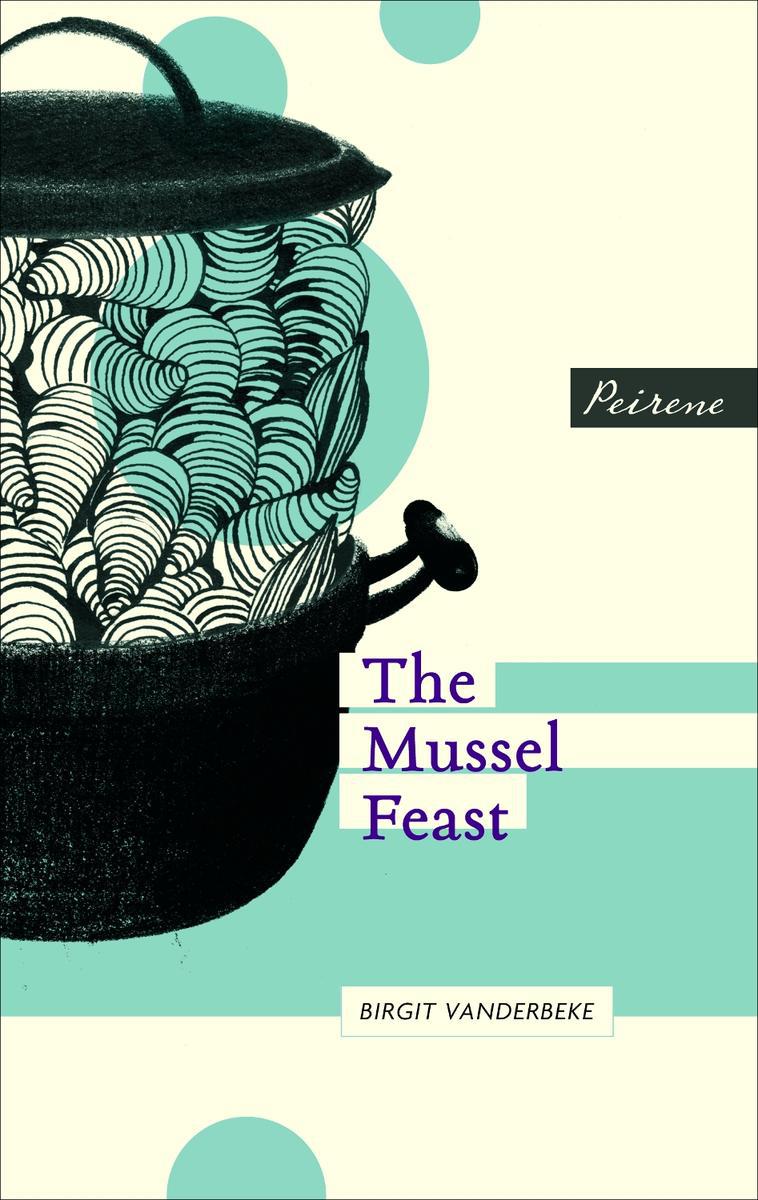 I love this monologue. It’s the first Peirene book which made me laugh out loud.
The author lays bare the contradictory logic of an inflexible mind.
This is a poignant yet hilarious narrative with a brilliant ending.

About the Author and Translator

It was neither a sign nor a coincidence that we were going to have mussels that evening. Yes, it was slightly unusual, and afterwards we sometimes spoke of the mussels as a sign, but they definitely weren’t; we also said they were a bad omen – that’s nonsense too. Nor were the mussels a coincidence. This evening of all evenings, we’d say, we decided to eat mussels. But it really wasn’t like that; you couldn’t call it a coincidence. After the event, of course, we tried to interpret our decision as a sign or coincidence, because what came in the wake of our abortive feast was so monumental that none of us have got over it yet. We would always have mussels to celebrate a special occasion, and this was a special occasion, although in a very different way from what we’d had in mind. Basically, what we’d had in mind when we were planning the mussel feast was pretty insignificant, certainly less important than the immensity and gravity of what actually happened. But you can’t call our decision to cook mussels that evening a sign or coincidence.

Anyway, the noise came from the pot and as I glanced over I couldn’t help looking at the clock, too: it said three minutes past six. And at that moment my mood changed abruptly. I stared at the noisy pot and although I knew that the mussels were still alive, I didn’t know that they made noises in the pot, because I was never around when my parents cooked mussels. Initially I wondered whether the noise was coming from somewhere else, but it was distinctly coming from the pot, and it was a distinctly strange noise, which made me feel creepy; we were already twitchy and nervous, and now there was this noise. I stared at the pot and I stopped cutting the potatoes into batons, because the noise was driving me mad, and the hair on my arms stood on end. This always happens when I get a creepy feeling, and unfortunately it shows, because the hair on my arms is black, so now my mother could see that I was spooked, although she didn’t realize the cause was the noise of the mussels from the pot, as for her it wasn’t a strange noise. Can’t you hear anything, I asked. Listen! It’s the mussels, my mother said, and I remember saying, isn’t it awful, I mean I knew that they were still alive, it’s just that I’d never imagined that they would make that rattling noise with their shells. I’d imagined they’d be cooked, eaten, and that was it. And my mother said, they’re opening up and then the entire heap of mussels will start moving. How horrible, I thought, the entire heap of mussels will move because they’re opening; of course I didn’t empathize with them; I do eat them, after all, even if I don’t particularly care for mussels, and it’s obvious that they’re alive beforehand and not alive when I eat them. I eat oysters, too, even though I know that they’re still alive when I eat them, but they don’t make that noise. Actually I was kind of angry at the mussels for opening instead of lying silently in a heap; I said, don’t you find it obscene that they open and make that noise, obscene and indiscreet, but at the same time I probably thought it was indiscreet because we were going to kill them. I’d rather not have had to think about the fact that they were alive beforehand; when they’re lying there, jet-black and closed, you don’t really need to imagine that they’re alive, you can pretty much regard them as objects, and then there’s no problem tipping them into boiling water, but if you consider that they’re alive then it’s creepy. If we were to cook them now I wouldn’t be able to stop thinking that we were killing them. I’m quite happy for animals to be killed for food, it’s just that I don’t want to be involved in the killing – other people can do that – nor do I want to have to think about it.

Deadly Little Lessons by Laurie Faria Stolarz
The H.D. Book by Coleman, Victor, Duncan, Robert, Boughn, Michael
Out of the Dark (The Brethren Series) by Reinke, Sara
Extra Innings by Tiki Barber, Ronde Barber and Paul Mantell
Cherokee by Giles Tippette
Furious by Jill Wolfson
The Apparition by Wayne Greenough
The Credit Draper by J. David Simons
Lying Together by Gaynor Arnold
Abducting the Princess by Mel Teshco
Our partner