Read The Mystery of the Monster Movie Online

The Mystery of the Monster Movie 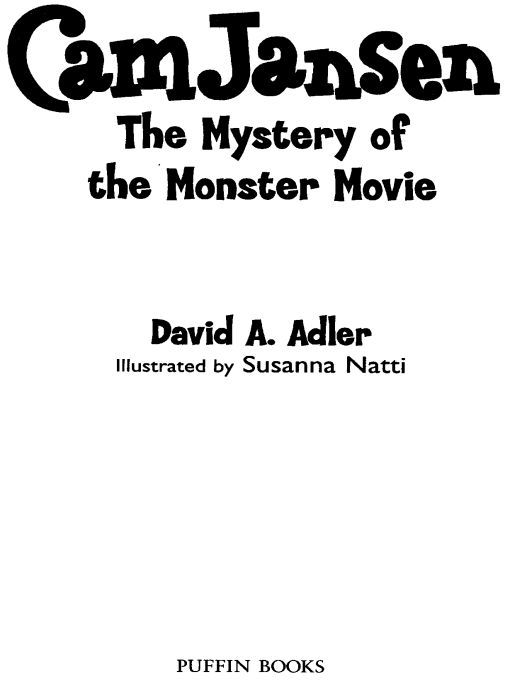 Table of Contents
Dedication
Copyright Page
Title Page
Chapter One
Chapter Two
Chapter Three
Chapter Four
Chapter Five
Chapter Six
Chapter Seven
Chapter Eight
Why would someone take a reel of film?
“They’re arguing about something up there,” Cam told Eric. “But I don’t know what they’re saying. Come on. Let’s go up there and listen.”
“How could you let something like this happen?” one man said. It sounded to Cam and Eric like the theater manager.
“I didn’t let anything happen,” another man said. “I showed the first reel, just as I always do. But when I looked for the second reel, it was gone.”
“Look at this mess. I’ve asked you to clean it up. It’s probably buried under all these coffee cups and newspapers.”
“It’s not buried anywhere. I put it right here on the table. I didn’t lose it. Someone took it.”
The Cam Jansen Adventure Series 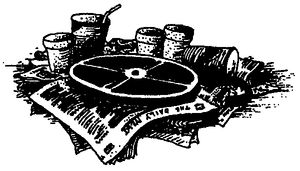 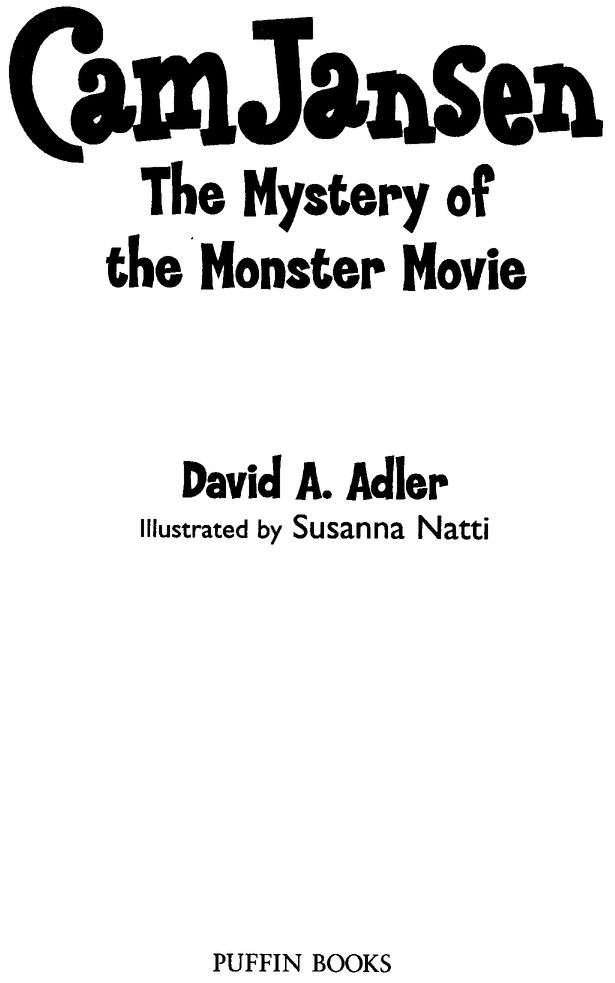 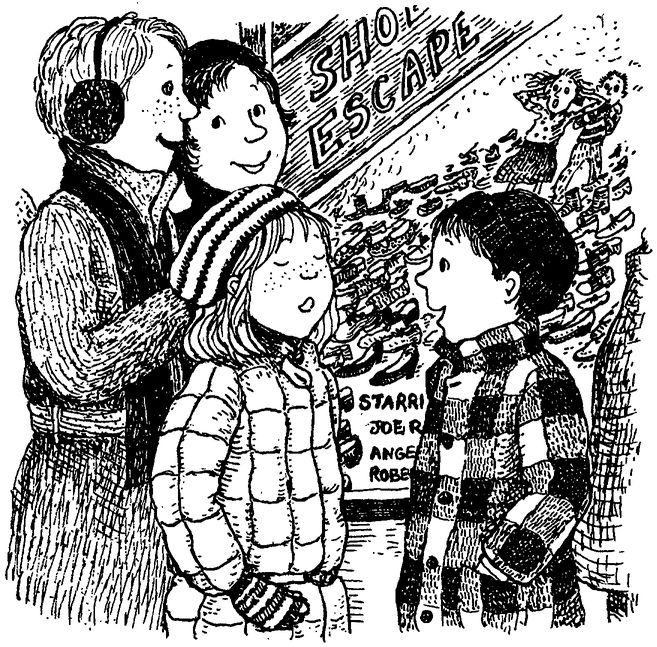 “I can tell you what’s on the other poster, too,” Cam said. “And I can tell you what you’re wearing and that one of your shoe-laces is untied.”
Eric tied his shoelace as Cam opened her eyes. Cam has what people call a photographic memory. They mean that Cam’s mind takes a picture of whatever she sees. When Cam wants to remember something, even a detail like a name on a movie poster, she just looks at the picture stored in her brain.
“Do you know the last time I saw Shoe Escape?” Cam’s father asked. “It was one week before our wedding. It was really something.”
“Yes,” Cam’s mother said. “I wore a beautiful white gown. My hair was set in curls.”
“At the beginning of the movie,” Cam’s father said, “everything is quiet. Children just like you and Eric are going to school. Ordinary people, like your mother and me, are going to work. And they’re all wearing shoes.”
“I wore white shoes at our wedding,” Cam’s mother said.
“You know,” Cam’s father went on, “sometimes I see just ordinary people, like that woman with the red hat or that man over there with the cane, and I think that I saw them in
Shoe Escape.
That’s what’s so great about this movie. It’s about ordinary people and ordinary shoes.”
A light snow began to fall. Cam’s mother told Cam and Eric to close the top buttons on their coats.
“Cam, take a good look at me,” Eric said as he buttoned his coat. “I want to test your memory again. This time I bet I’ll stump you.”
“Cam remembers everything,” her mother said.
Cam took a few steps back and looked straight at Eric. She said,
“Click,”
and closed her eyes. Cam always says
“Click”
when she wants to remember something. She says it’s the sound her mental camera makes when it takes a picture.
Cam’s real name is Jennifer Jansen. When she was younger, people called her “Red” because she has red hair. But when they found out about her amazing photographic memory, they began calling her “The Camera.” Soon “The Camera” was shortened to “Cam.”
“This time I tricked you,” Eric said. “I asked you to take a good look at me. If you did, you should have seen the posters right behind me, too.”
“I did.”
“How many spider legs are there on the second poster?”
The line started to move. But Cam just stood there. Her eyes were still closed.
“What are you doing?” Eric asked.
“I’m counting legs. There are five spiders on the poster and each has eight legs. That’s forty legs.” Cam opened her eyes. “Am I right?”
“Yes,” Eric said. “Now come on. Your parents are way ahead of us.”
Cam and Eric caught up with Cam’s parents at the ticket window.
“Two adults and two children,” Mrs. Jansen said. Then she passed some money through the window.
“How old are the children?” the ticket seller asked.
“They’re both ten.”
The ticket seller gave Cam’s mother two purple tickets, two green tickets, and some change. Then Cam, Eric, and Cam’s parents went into the theater.
The lobby was crowded and warm. A few people were standing and talking. Others were waiting in line to buy popcorn and soda.
“We can get food later,” Cam’s father said. “I want to get good seats. And I don’t want to miss anything.”
They went through the swinging doors and into the theater. Soft music was playing. People were sitting in many of the seats. Cam’s father found four empty seats near the front of the theater. Cam and Eric took off their coats and sat down. Then they looked up at the dark, blank screen and waited. Chapter Two
Cam’s father turned and looked at the balcony and at the rest of the theater. “Look how crowded it is here!” he said. “And I’ll bet lots of these people saw Shoe Escape when it first came out. They want to see it again, just as I do.”
Cam tapped her mother on her shoulder and asked, “Can Eric and I get some popcorn?”
Mrs. Jansen gave Cam some money and said, “Get two buckets. One for you and Eric, and one for your father and me.”