Read The Mystery of the Spiral Bridge Online

The Mystery of the Spiral Bridge 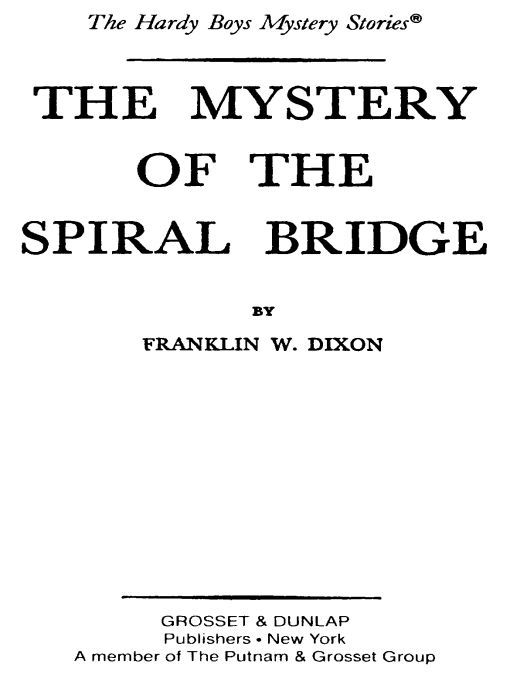 Table of Contents
Title Page
Copyright Page
Â
CHAPTER I - Bad News
CHAPTER II - A Midnight Alarm
CHAPTER III - Who Is Felix?
CHAPTER IV - Attack From Above
CHAPTER V - Dead End
CHAPTER VI - An Insulting Warning
CHAPTER VII - Bug Bait
CHAPTER VIII - New Strategy
CHAPTER IX - Fake Names
CHAPTER X - Monkey on a String
CHAPTER XI - Jailbird Language
CHAPTER XII - The Protector
CHAPTER XIII - Surprise Password
CHAPTER XIV - A Real Sacrifice
CHAPTER XV - A Lofty Lookout
CHAPTER XVI - Lower Than Pigs
CHAPTER XVII - Dangerous Terrain
CHAPTER XVIII - A Shot-put Blast
CHAPTER XIX - The Spiral Bridge
CHAPTER XX - Swinging Tactics
Â
THE MYSTERY OF THE SPIRAL BRIDGE
FRANK and Joe Hardy are determined to bring to justice the vicious criminals who kidnapped their detective father while he was investigating sabotage of a road-building project in the Kentucky wilderness.
After Mr. Hardy's amazing escape, the boys pick up a clueâthe word “Felix” mumbled by their sick father in his delirium. When they discover that the dossier of a notorious ex-convict has been stolen from Mr. Hardy's files, the two young sleuths are doubly spurred to action.
The trail leads them to New York City but ends abruptly in a cemetery! Stunned, Frank and Joe come upon another clueâa spiral symbol. Aided by their pals, the boys take jobs on the highway construction crew in Kentucky to try to track down the kidnappers and the nefarious saboteurs. But who among the crew is friend and who is foe?
In a desperate maneuver that almost costs them their lives, the Hardys bring to a spine-tingling close one of the most action-packed and suspenseful mysteries they have ever solved. 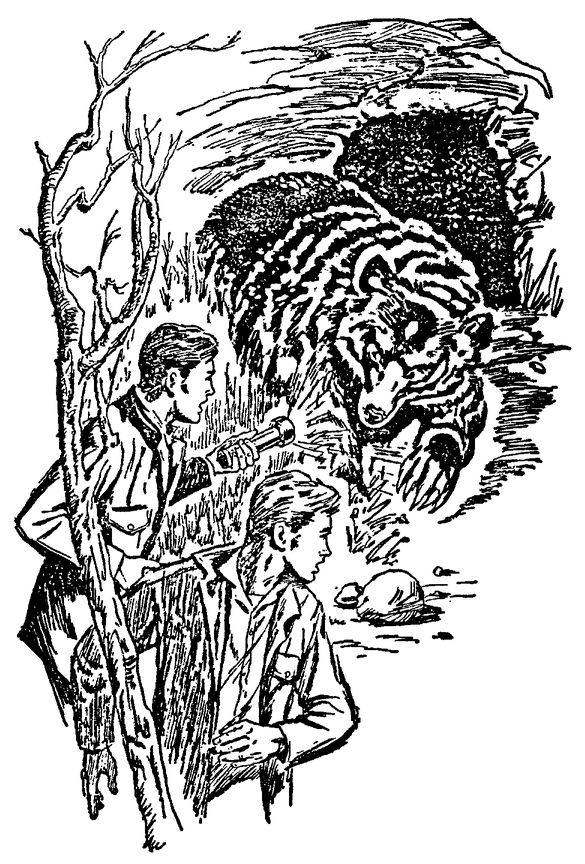 The huge bear lunged from the cave 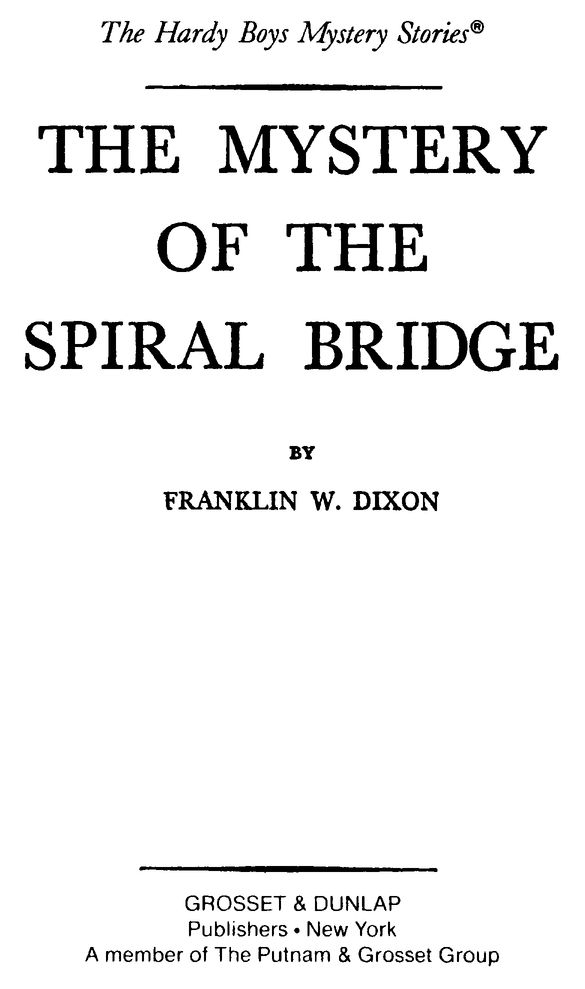 The Heritage Paper by Derek Ciccone
View of the World by Norman Lewis
Lady Henrietta's Dilemma: Regency Suspense Romance Book 2 (Lords of Sussex) by Katy Walters
Lynn Osterkamp - Cleo Sims 03 - Too Many Secrets by Lynn Osterkamp
Because of Low by Abbi Glines
Crysis: Legion by Watts, Peter
Lettice &amp; Victoria by Susanna Johnston
The Bad Decisions Playlist by Michael Rubens
Burn My Heart by Beverley Naidoo
The Way We Roll by Stephanie Perry Moore
Our partner