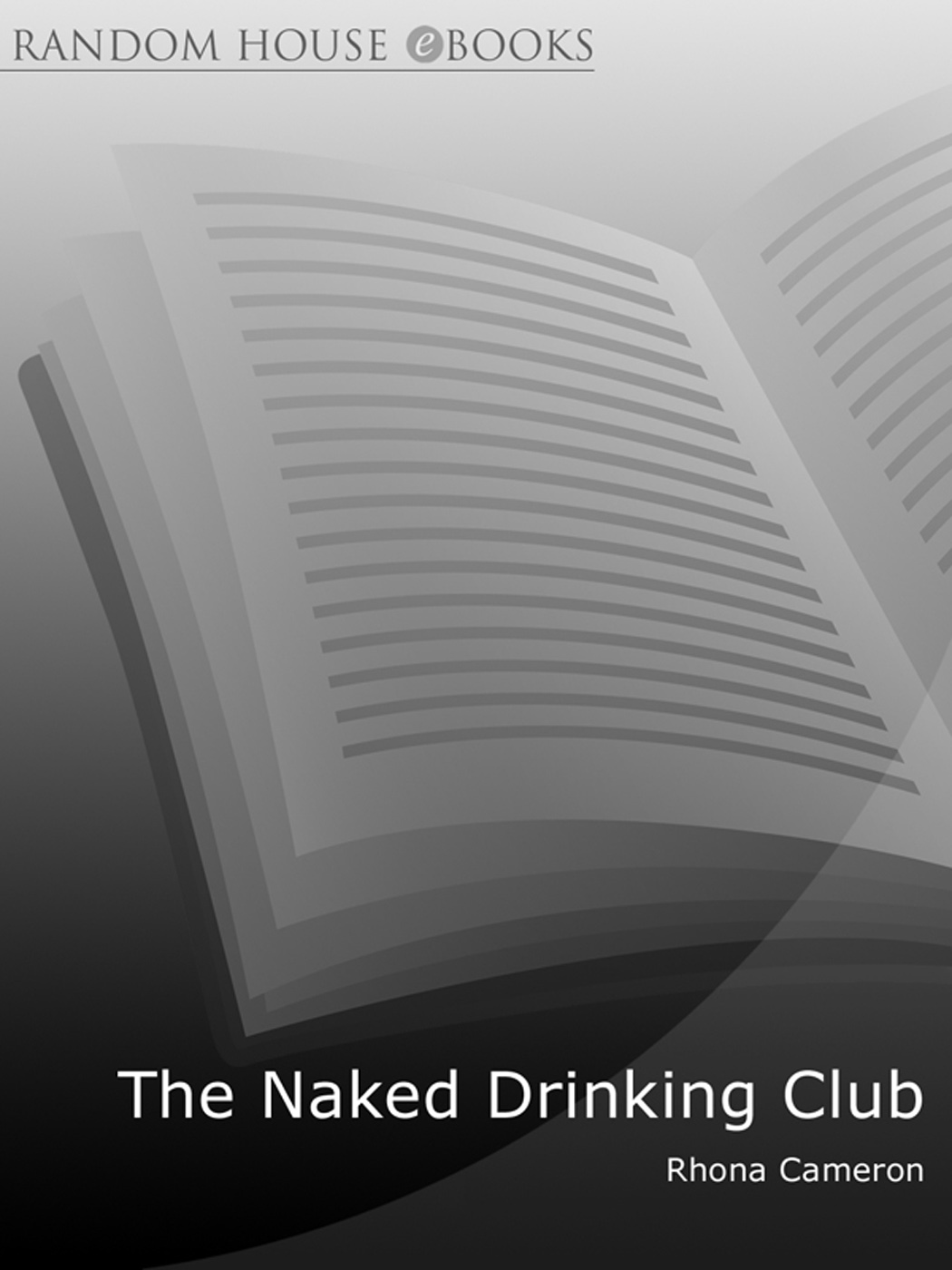 ‘It was dark when I came to. What woke me was the cold and the water on my legs. I was doing spoons with Scotty, me behind him. We were on a beach. We didn’t speak for the first minute, we were so disorientated. I had to genuinely think very hard about where I was. Then I remembered I was in Australia.’

It’s the late eighties and 24-year-old Kerry has been drifting aimlessly through life in Edinburgh. Rarely having plans of any kind, she gets drunk and things happen: sex, drugs, parties, relationships, and, when she’s really pushed, work.

Setting off on a hastily arranged visit to Australia, Kerry packs only three items of clothing, a pair of flip-flops, two hundred pounds and her young persons’ work visa. Soon broke, hungry and homeless, she joins ART, a likeable but mismatched band of travellers who sell dodgy oil paintings door-to-door in the suburbs. Young, beautiful and free, they drink wildly and live for the moment.

Embarking on a riotous road trip together, their lives become deeply entangled, and the drinking spirals out of control. Eventually, Kerry is forced to admit that her journey to Australia isn’t quite what it seems…

Rhona Cameron won Channel 4’s prestigious ‘So You Think You’re Funny’ award in 1992. A decade of sell-out shows and tours followed. TV credits include
Have I Got News For You
,
Never Mind The Buzzcocks
, and
Parkinson
as well as GaytimeTV. She co-wrote and starred in the BBC2 sitcom, Rhona. Rhona has appeared in
The Vagina Monologues
in the West End and appeared on the first series of ITV’s
I'm A Celebrity… Get Me Out Of Here! 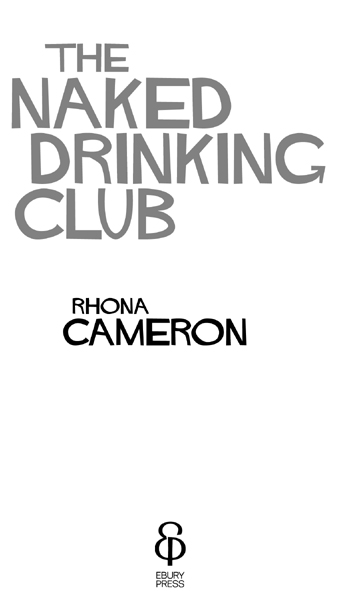 For all my drinking partners, in the very best and very worst of times.

Especially Willie Gunning and John Crowe wherever you are x

A change in the weather is known to be extreme

But what’s the sense of changing horses in midstream?

With a pain that stops and starts

Ever since we’ve been apart

Blood on the Tracks
by Bob Dylan

I danced around within the confines of the plane toilet, trying to change my clothes without removing my Walkman. I felt nicely drunk and sexy. Beyond the Gipsy Kings, I could hear the captain saying something over the tannoy. Someone knocked on the door. I pulled on my vest and finished off the rest of my whisky miniature before unlocking the door. An air hostess scowled at me, indicating to me to remove my headphones.

‘G’day,’ I said, blowing her a kiss and buttoning my denim skirt, one of only three items of summer clothing I’d brought with me.

‘Return to your seat immediately, please. We are landing very shortly,’ she said abruptly.

‘Are we well into our descent?’ I asked laughing. She moved me along a downward-sloping aisle towards my seat. I felt all eyes on me and I blew kisses back to all the dirty looks. I climbed over the merchant seaman I’d sat next to for twenty-three hours, who drank solidly but hadn’t spoken a word since Paris, and shoved last season’s clothes underneath the seat.

Terry, whom I kept calling Tony, shook another two miniatures at me and laughed.

The plane turned on its left side down towards the water, causing everyone to point and take pictures through the tiny windows now that the Sydney Opera House was in full view.

I took Terry’s two-way adapter and attached both our headphones to my Walkman. We toasted one another and drank our last in-flight drinks down together. The seaman stared
ahead
as he had done since Dubai, while Terry and I danced an upper body dance to ‘Bamboleo’ by the Gipsy Kings for perhaps the thirtieth time since London, and then snogged furiously, Terry touching my tits as I felt him up under the blanket. The jolt of touchdown caused us to stop. We cheered and joined in the passenger round of applause for the captain. The cabin monitors played a video of Australian celebrities, mostly made up of the cast of
Neighbours
, singing a song about Qantas. We were last to disembark.

‘No hurry, man,’ Terry mumbled, getting us both a cigarette out ready for lighting. He was an electrician whom I’d met at the bar in Dubai where we stopped to refuel. He was already on the flight from London but was sitting in a different seat. We began talking and drinking together and back on board he moved to an empty seat beside me.

We missed the queues in immigration as we’d spent so long in duty-free. Like me, Terry had no one to meet him in Sydney, but unlike me he did have a place to stay, so I took up his offer of going there with him.

That afternoon we drunken-fucked in his room in Annandale, a suburb close to the city, in a house that belonged to a friend of his brother. We opened a bottle of vodka from our duty-free and I played my Gipsy Kings’ tape over and over, which we decided would always be our music in years to come.

A week later, I was still there. I had no concept of where the time had gone since landing, but was aware that the first two days were lost to drinking until we had gone the full circle and drunk ourselves sober again. We went to a few bars nearby, then went back and fucked again, then slept a lot. I began calling Terry ‘T’, because I would still accidentally call him Tony.

Then T’s brother came over and started hassling him about getting his shit together for a job he was starting on a half-built office block the following week. Our party came to a close and we started to feel awkward in the few sober hours we spent together. That’s when I thought it was time to move on. Anyway, I wasn’t worried. I got people easily. I was attractive, petite and slim, with a nice mouth, and dark brown eyes
that
everybody I slept with went on about. I was twenty-four years old and I didn’t get hangovers.

The next afternoon when T was out buying work boots and the house was empty, I left him my Gipsy Kings’ tape with a note saying thanks and good luck and that I hoped I’d run into him again, and headed to a place called Glebe nearer town, where I had an address for a friend of a friend from home, whom I was told could put me up for a few days if I was really stuck.

The one big problem about Australia was I couldn’t sign on. I had only a few hundred pounds to last me until I met someone, or found some way of supporting myself. I would need money to fund my search, ideally from an easy job that wouldn’t interfere with my drinking. On the bus to Glebe, I picked up a Sydney newspaper that I found on the seat next to me. The paper was folded a few pages in, and there was an advert on the upturned page. It read:

I WAS IMMEDIATELY
drawn to Scotty. He was wearing a baseball hat that had ‘SHITHEAD’ printed across the front. He was showing off to two Scandinavian-looking blonde girls who had laughed at everything he’d said. He was the Australian weather-beaten-face surfer type, but was a little skinny and short. He punctuated his story with the word ‘chicks’. His voice was hoarse like he’d been caning it for a long time. He looked older than he was, I was sure of it. I said hello, he looked me up and down, checking me out, before introducing himself.

The blondes smiled but didn’t volunteer their names as they were engrossed in Scotty’s lame attempt at a story. We all stood around in a large flat in William Street, Woolloomooloo, a downtown area of Sydney, waiting for things to start.

I surveyed the other people in the room. A man older by about ten years than me sat quietly on a sofa, shaking his head and smiling at Scotty’s banter with the girls. A queenie guy with over-the-top gesturing talked with two English girls who looked marginally duller than the two blondes. A couple of other nondescript male and females drifted in and out with bags of shopping.

Then the door opened and a man came in with major attitude. He was followed by a sexy, intriguing girl with a swagger that was instantly annoying. The guy had his sunglasses on indoors, which I took to mean a personality defect.

‘All right, g’day, listen up.’ The sunglasses man clapped his hands loosely a couple of times. ‘My name’s Greg, I run this outfit, and it’s great that you all could make it today. I see we have a few newcomers that want to work and that’s great, so
I
thought we’d start by telling you a little bit about what we do, and why we do it.’

Scotty laughed a little, like he’d heard Greg’s routine a hundred times before.

‘This is my girlfriend Anaya.’ Greg casually gestured to her with his hands in his pockets. Anaya waved at everyone and said hi. I could see that she could be a complete bitch.

‘Now, we call ourselves ART,’ Greg went on. ‘We essentially take artwork around to people, instead of them coming to see us, which is usually how artwork is sold. It’s on this basis that we do well, and let me tell you, we do very well.’ He pushed his cheek out with his tongue at this point. For a guy that did well he dressed down: his T-shirt was baggy and faded and he wore a pair of shorts and was barefoot. He had a beer gut and didn’t look like he had ever exercised, but he was cleanly shaven and his hair looked recently washed.

‘This is how it works.’ He pointed to a large portfolio folder against the wall in the kitchen. Scotty jumped up and brought it to him.

‘Every day at four o’clock we meet here and we form two teams, or one team, depending on how many of us there are, and we put you in a couple of cars and we give you these.’ He kicked the portfolio. ‘And we take you out to the suburbs, just in time for tea.’ He looked over at the English girls with his eyebrows held in the raised position until he got the reaction he felt he deserved, which was a slight giggle. ‘Then we set you loose on the lovely Australian public.’

The newcomers, except me, looked perplexed.

‘And you ring the doorbells, knock on the fly screens, whatever you want to do, and you take your little folder and you charm the pants off them. They feel intrigued, you show them these lovely paintings, and guess what happens next?’

Scotty shouted out on cue: ‘They buy them and make me plenty of money to buy beer and cigarettes!’

Everybody laughed politely. Scotty got out the paintings and laid them round the room turned to the wall so we couldn’t see what was on them, while Greg went on about money. He explained that mostly the paintings sold for around the eighty-dollar mark, but we could charge more if
we
thought it was possible. The company took fifty dollars per painting. We would be issued with Visa forms and had a phone number to call to verify people’s bank details – we had to ask permission to use their phones. But we were encouraged to offer a discount for cash purchases.