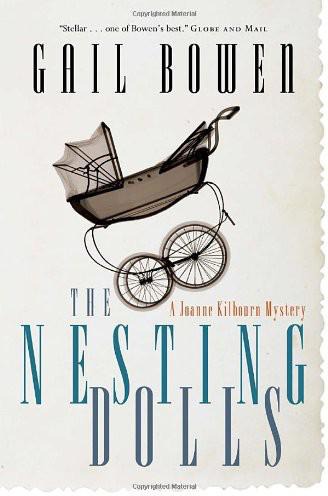 All rights reserved. The use of any part of this publication reproduced, transmitted in any form or by any means, electronic, mechanical, photocopying, recording, or otherwise, or stored in a retrieval system, without the prior written consent of the publisher – or, in case of photocopying or other reprographic copying, a licence from the Canadian Copyright Licensing Agency – is an infringement of the copyright law.

We acknowledge the financial support of the Government of Canada through the Book Publishing Industry Development Program and that of the Government of Ontario through the Ontario Media Development Corporation’s Ontario Book Initiative. We further acknowledge the support of the Canada Council for the Arts and the Ontario Arts Council for our publishing program.

There is not much stillness in my husband’s life. He is a trial lawyer and a paraplegic – two factors that don’t contribute to longevity. So, that Saturday afternoon in December, when I walked into the family room and found Zack and our mastiff, Pantera, gazing at the ten-foot Nova Scotia fir we’d chosen the day before, I felt a frisson of joy. Outside, the wind howled, the trees swayed and creaked, and the sky was dark with the threat of snow; inside, a fire burned low in the grate, the air was pungent with the sharpness of evergreen, and the man I loved was at peace with his dog beside him. It was over three weeks until Christmas, but our fourteen-year-old daughter, Taylor, had jump-started the season by hanging her collection of crystal stars in the windows, where they sparkled, evoking memories of other Christmases, other lives. I placed my hands on Zack’s shoulders and rested my chin on his head. “ ‘The house and the hall were lit with happiness,’ ” I said. “ ‘And lords and ladies were luminous with joy.’ ”

Zack covered my hands with his. “Now that
is
beautiful,” he said.

“It’s from
Sir Gawain and the Green Knight
. I bought a copy last year and tucked it in with the Christmas decorations, thinking we could read it to the granddaughters when they’re older.”

“You’d like it. A green knight with a green beard rides his green horse into King Arthur’s court at Christmas. The green knight takes out his axe and offers it to whichever of Arthur’s knights will cut off his head.”

Zack turned his chair around to face me. “The green knight wants somebody to cut off
his
head?”

“There’s a catch. Whoever wields the axe must agree to be struck in return.”

“By the guy whose head he just lopped off?”

Zack chortled. “Blood in, blood out – my kind of story.”

“In that case, when we get back here after the concert, we’ll warm up some soup, build a fire, and start reading.”

Zack held out his arms. “Who has more fun than us?”

It’s not easy for a man in a wheelchair and an able-bodied woman to embrace, but Zack and I had had practice. When my husband ran his hand up my leg, he groaned with pleasure. “You’re wearing the black slip,” he said. “God, I love this slip.”

“I’m wearing it because we have a party to go to. ’Tis the season, remember?”

“The Wainbergs’ party, then the choir thing,” he said.

“Speaking of the choir thing,” I said, “I have something for you.” I handed him a manila envelope. Zack opened it and grinned. “Hey, that’s the photo that was in the paper.”

“It is indeed,” I said. “And having a copy made and enlarged cost more than it should have.”

Zack put on his glasses and assessed the photo. “Money well spent,” he said, and he was right.

Taylor’s high school, Luther College, had been rehearsing its yearly Christmas choral concert, and she and her two best friends were in the junior handbell choir. The local paper’s photographer had caught them in mid-ring. It was a seasonal photograph on a slow news day, and the layout person had given the picture pride of place on the front page.

In their Luther sweatshirts, blue jeans, and spotless white cotton gloves, the girls were an appealing trio. Gracie Falconer, athletic, big-boned, red-haired and ruddily freckled, was beaming, transported, as she always was, by the sheer joy of action. Isobel Wainberg’s springy black curls had escaped the silver headband with which she had tried to tame them, and her fine features were drawn in concentration. The standards Isobel set herself were high; she would not easily forgive herself a mistake in performance. Taylor’s expression was rapturous. She was a girl who lived life more deeply than most – her pleasures were more keenly experienced; her pains, sharper-edged. The photographer had captured Taylor at a moment when her private wellspring of joy overflowed, and it was a lovely sight.

As Zack’s eyes remained fixed on the photo, I marvelled at how completely he had metamorphosed into a family man in the two years we had been together. He was forty-eight when we met, and he’d spent a lifetime travelling fast and light. There were two passions in his life: the law, and his legal partners, whom he’d loved since they gravitated to one another midway through their first year of law school and committed themselves to share what they were certain would be a golden destiny. There had been many women in Zack’s life, but few had been invited to stick around for breakfast.

When we met, I was a widow with three grown children: Mieka, who was newly divorced, the mother of two young daughters, and the owner-operator of UpSlideDown, a café/ play centre for young families; Peter, who had just graduated
from the School of Veterinary Medicine; and Angus, who was at the College of Law in Saskatoon. Taylor was the only one of my children still at home. When her mother, the artist Sally Love, who had been my friend since childhood, died suddenly, Taylor was four. There was no one to take Sally’s daughter, so I adopted her. It was one of the best decisions I’d ever made.

I was content with my life and then Zack came along. As our relationship grew serious, everyone who cared for us felt compelled to wave a red flag. We ignored them. Six months to the day after we met, Zack and I stood at the altar of St. Paul’s Cathedral and exchanged vows. When I’d leaned down to kiss my new husband, he’d whispered, “This is forever, Ms. Shreve. We made a promise, and a deal’s a deal.” Since that grey New Year’s morning, we’d never looked back. Ours was not an easy marriage, but it was a good one.

As he propped the photo on the mantel, Zack’s voice was wistful. “Think we’re looking at the next generation of partners at Falconer Shreve and Wainberg?”

“Let’s see,” I said. “Gracie is planning to be a professional basketball player, so she’s out, and we both know that Taylor wants to make art – the way her mother did.”

Zack frowned. “You’re Taylor’s mother, Joanne. Blood ties are significant, especially when the birth mother is someone as extraordinary as Sally Love, but Taylor’s your daughter, our daughter, and we have the papers to prove it.”

“Spoken like a lawyer who knows that in these cases smart people make themselves bulletproof, and we are bulletproof.”

I felt my nerves twang. For a man who’d spent forty-three years in a wheelchair because he’d been in the wrong place at the wrong time, Zack was remarkably sanguine about the vagaries of fate. I needed to return to safe ground. I took the photo from the mantel. “Isobel’s your best hope. She’s smart and focused –”

“And way, way, way too hard on herself,” Zack finished. “Izzy’s just like her mother who, incidentally, is driving me crazy these days.”

Zack extended his hands, palms up in a gesture of exasperation. “Beats me. Delia never – and I mean
never –
makes mistakes, but lately she’s made some doozies – forgetting meetings, not returning phone calls, and last week she almost missed a critical filing deadline. Luckily, the associate she’s working with picked up on it, but it was a close call, so I went to Dee’s office and asked her what the hell was going on.”

“Did she have an explanation?”

“Nope. She told me to back off and said that it wouldn’t happen again.”

I examined the jumbo box of Christmas-tree balls Zack had bought that morning to replace the ones Pantera had eaten the year before. They were all red – Zack’s favourite colour. “Do you think Delia and Noah could be having problems?” I said.

Zack raised an eyebrow. “Apart from the fact that Noah worships Delia, and she treats him like a piece of furniture? It’s been that way for twenty-seven years, and they’re still together.”

“Maybe Delia’s met a man who’s more than a piece of furniture to her.”

Zack’s snort was derisive. “Nah – Delia’s not built that way.”

“Not Delia. The only thing that makes her heart pound is a real red-meat case. What would make you think she’s having an affair?”

“I didn’t use the word ‘affair,’ but something’s disturbing her. A couple of days ago when we were waiting for the girls to get out of rehearsal, Delia got a phone call. I was
sitting beside her so I couldn’t avoid hearing her end of the conversation.”

“Not much – just ‘Can’t I at least see you? I’ve done everything you asked.’ The person she was speaking to must have broken the connection. Delia tried to blow it off – told me she’d been talking to a dissatisfied client who was moving to another lawyer. I guess that’s possible.”

The furrows that bracketed Zack’s mouth like parentheses deepened – a sure sign that he was troubled. “Delia’s clients never leave her,” he said. “They may be dunderheads but they’re smart enough to realize they’ll never get a better lawyer than Dee.”

“Time to get ready for the party, my self-effacing love,” I said. “It starts at 2:00. It’s come and go, but we should be there early because we have to get the girls to Luther by 3:45, and I need time to make a good impression on the guest of honour.”

“You’ve already made a good impression,” Zack said, “Justice Theo Brokaw has agreed to appear on the show you’re doing for Nation
TV
and explain the workings of the Supreme Court to eager Canadians from coast to coast.”