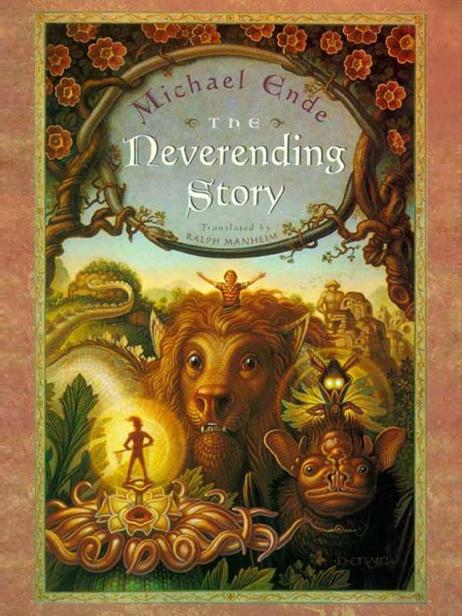 T
HIS EPIC WORK of the imagination has captured the hearts of millions of readers worldwide since it was first published more than a decade ago. Its special story within a story is an irresistible invitation for readers to become part of the book itself. And now this modern classic and bibliophiles dream is available in hardcover again.

The story begins with a lonely boy named Bastian and the strange book that draws him into the beautiful but doomed world of Fantastica. Only a human can save this enchanted place—by giving its ruler, the Childlike Empress, a new name. But the journey to her tower leads through lands of dragons, giants, monsters, and magic—and once Bastian begins his quest, he may never return. As he is drawn deeper into Fantastica, he must find the courage to face unspeakable foes and the mysteries of his own heart.

Readers, too, can travel to the wondrous, unforgettable world of Fantastica if they will just turn the page.... 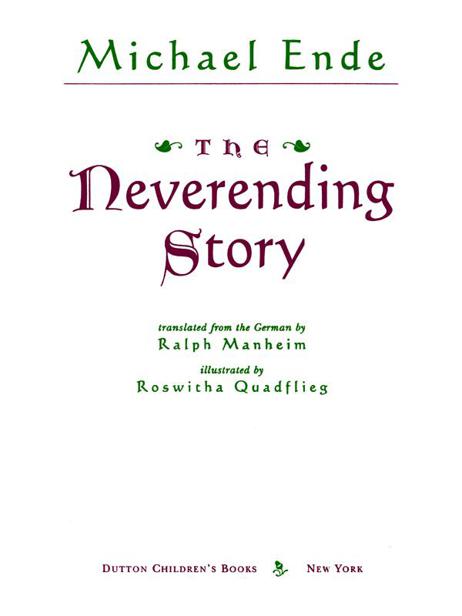 All rights reserved. No part of this publication may
reproduced or transmitted in any form or by any means,
electronic or mechanical, including photocopy, recording,or
any information storage and retrieval system now known or to be
invented, without permission in writing from the publisher, except
by a reviewer who wishes to quote brief passages in
connection with a review for inclusion in a magazine,
newspaper, or broadcast.

First published in Germany 1979 as
Die unendliche Geschichte
by
K. Thienemanns Verlag
This translation first published in the United States of America 1983 by
Doubleday & Company, Inc. and by Penguin Books 1984 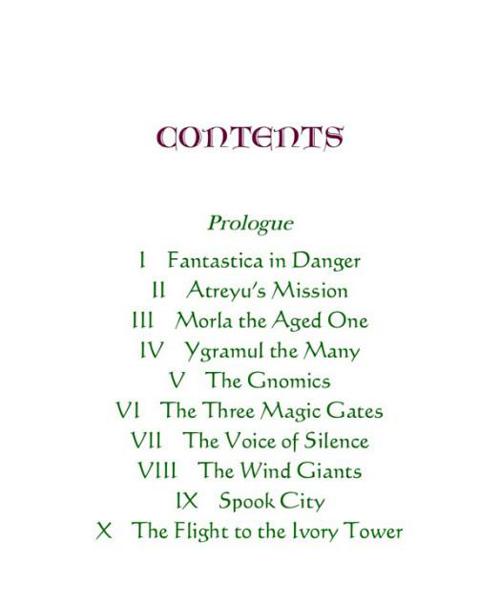 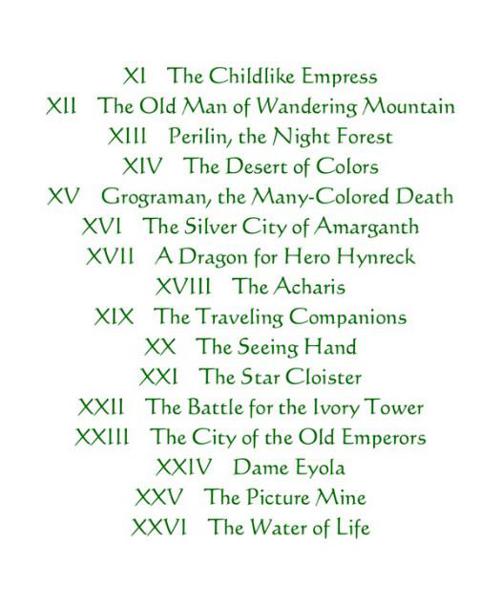 This inscription could be seen on the glass door of a small shop, but naturally this was only the way it looked if you were inside the dimly lit shop, looking out at the street through the plate-glass door.

Outside, it was a gray, cold, rainy November morning. The rain ran down the glass and over the ornate letters. Through the glass there was nothing to be seen but the rain-splotched wall across the street.

Suddenly the door was opened so violently that a little cluster of brass bells tinkled wildly, taking quite some time to calm down. The cause of this hubbub was a fat little boy of ten or twelve. His wet, dark-brown hair hung down over his face, his coat was soaked and dripping, and he was carrying a school satchel slung over his shoulder.

He was rather pale and out of breath, but, despite the hurry he had been in a moment before, he was standing in the open doorway as though rooted to the spot.

Before him lay a long, narrow room, the back of which was lost in the half-light. The walls were lined with shelves filled with books of all shapes and sizes. Large folios were piled high on the floor, and on several tables lay heaps of smaller, leather-bound books, whose spines glittered with gold. The far end of the room was blocked off by a shoulder-high wall of books, behind which the light of a lamp could be seen. From time to time a ring of smoke rose up in the lamplight, expanded, and vanished in darkness. One was reminded of the smoke signals that Indians used for sending news from hilltop to hilltop. Apparently someone was sitting there, and, sure enough, the little boy heard a cross voice from behind the wall of books: “Do your wondering inside or outside, but shut the door. There’s a draft.”

The boy obeyed and quietly shut the door. Then he approached the wall of books and looked cautiously around the corner. There, in a high worn leather wing chair sat a short, stout man in a rumpled black suit that looked frayed and somehow dusty. His paunch was held in by a vest with a flower design. He was bald except for outcroppings of white hair over his ears. His red face suggested a vicious bulldog. A gold-rimmed pince-nez was perched on his bulbous nose. He was smoking a curved pipe, which dangled from one corner of his mouth and pulled his whole cheek out of shape. On his lap he held a book, which he had evidently been reading, for in closing it he had left the thick forefinger of his left hand between the leaves as a kind of bookmark.

With his right hand he now removed his spectacles and examined the fat little boy, who stood there dripping. After a while, the man narrowed his eyes, which made him look more vicious than ever, and muttered: “Goodness gracious.” Then he opened his book and went on reading.

The little boy didn’t know quite what to do, so he just stood there, gaping. Finally the man closed his book—as before, with his finger between the pages—and growled: “Listen, my boy, I can’t abide children. I know it’s the style nowadays to make a terrible fuss over you—but I don’t go for it. I simply have no use for children. As far as I’m concerned, they’re no good for anything but screaming, torturing people, breaking things, smearing books with jam and tearing the pages. It never dawns on them that grown-ups may also have their troubles and cares. I’m only telling you this so you’ll know where you’re at. Anyway, I have no children’s books and I wouldn’t sell you the other kind. So now we understand each other, I hope!”

After saying all this without taking his pipe out of his mouth, he opened his book again and went on reading.

The boy nodded silently and turned to go, but somehow he felt that he couldn’t take this last remark lying down. He turned around and said softly: “
All
children aren’t like that.”

Slowly the man looked up and again removed his spectacles. “You still here? What must one do to be rid of you? And what was this terribly important thing you had to tell me?”

“It wasn’t terribly important,” said the boy still more softly. “I only wanted  . . . to say that
all
children aren’t the way you said.”

Really?” The man raised his eyebrows in affected surprise. “Then you must be the big exception, I presume?”

The fat boy didn’t know what to say. He only shrugged his shoulders a little, and turned to go.

“And anyway,” he heard the gruff voice behind him, “where are your manners? If you had any, you’d have introduced yourself.”

“My name is Bastian,” said the boy. “Bastian Balthazar Bux.”

“That’s a rather odd name,” the man grumbled. “All those
B
’s. Oh well, you can’t help it. You didn’t choose it. My name is Carl Conrad Coreander.”

He puffed a few clouds. “Oh well, our names don’t really matter, as we’ll never see each other again. But before you leave, there’s just one thing I’d like to know: What made you come bursting into my shop like that? It looked to me as if you were running away from something. Am I right?”

Bastian nodded. Suddenly his round face was a little paler than before and his eyes a little larger.

The Ex Trials (Falling for Autumn #3) by Heather Topham Wood
Iona Moon by Melanie Rae Thon
Glimmer of Hope by Eden, Sarah M.
The Witch's Dream - A Love Letter to Paranormal Romance (Black Swan 2) by Victoria Danann
The Proposal by J. Lynn
Someone to Love by Jude Deveraux
MasterStroke by Ellis, Dee
Betrayed by Wodke Hawkinson
Summoned (The Brazil Werewolf Series) by Dudley-Penn, Amanda K.
I Knew You'd Have Brown Eyes by Mary Tennant
Our partner