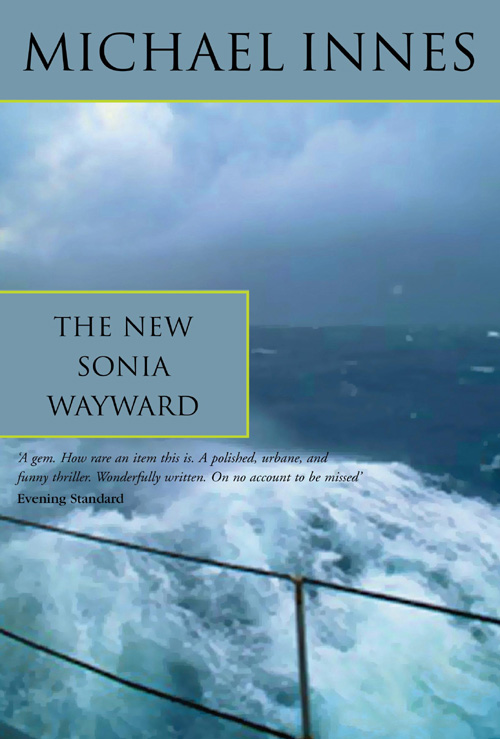 Colonel Petticate stared at his wife in stupefaction. He could scarcely believe the evidence of his eyes – or of the fingers which he had just lifted from her pulse. But it was true. The poor old girl was dead.

Colonel Petticate gave a long whistle. It was the sort of whistle that indicates a consciousness, on the whistler’s part, that here is a facer or a rum go. So it couldn’t be regarded as a decorous – or at least adequate – comment on his discovery. But then, at the moment, Colonel Petticate was entirely alone.

This had not been true five minutes earlier. Then, there had been Sonia, bustling energetically around the confined space that had, during this holiday, exacerbated their normal state of mild conjugal irritation. Now, there was no Sonia; there was only this slumped and inert object… Colonel Petticate looked again at the body. As he did so, he became conscious that he was feeling queasy. This, like the whistle, was surely a queer reaction to what had so suddenly happened. Could it be that he was merely seasick? Their little yacht – now
his
little yacht – was certainly pitching a bit at anchor. But of course he was a seasoned sailor, so there could be nothing in that. No – he was feeling queasy merely because he was very frightened. Sonia had let him down. She had so contrived matters that she herself was without a care in the world – in any world that Colonel Petticate was at all disposed to believe in. But what the devil was to become of him?

Petticate pulled himself together and took further steps to assure himself that his wife was really dead. Since he was a retired army surgeon, he didn’t feel that there was any difficulty about that. Then he sat down by the tiller and stared at the waters of the English Channel, silvery in the evening light. But the waters had nothing to say to him. Their neutrality and indifference were absolute. The death of Mrs Ffolliot Petticate (as poor Sonia had occasionally condescended to be styled in private life) was no affair of theirs. If he had strangled her, or hit her on the head with the boat-hook, their disinterest would still have been as entire. But Sonia’s death had been wholly natural. If it seemed monstrously not natural, it was its very naturalness that gave it that effect. Murder is natural enough; in the jungle, which is more or less the state of nature, it keeps on happening. Suicide is natural – at least to the extent that nothing can be more sensible than suicide in this shattering world. But
this
was as unnatural as anything insolently inexplicable must always appear to the obstinately rational human mind.

Petticate himself was eminently rational. He noticed that, although the shock of the thing had been terrific, he had no impulse to mourn for Sonia. For a moment this made him feel rather callous. But then he remembered having read that mourning for the dead takes its origin in suppressed impulses of hostility, and is in fact a sort of death wish. So his failure to feel grief was perhaps a tribute to the decent tolerance which he had managed for years to feel towards his wife.

This reflection ought to have been a tranquillizing one. But, oddly enough, it made Petticate even more uneasy. He got up and moved shakily into the cabin. On the ingenious little stove were the sauté potatoes Sonia had already prepared, and beside them were four chops waiting to be grilled. He supposed that he could eat four chops, once his stomach had got over its bad turn. But it might be better to keep two for tomorrow. After all, tomorrow was the rub. Or if not tomorrow, then the day after – and all the days after that. For he and Sonia had always spent, quarter by quarter, whatever came in. Sonia had seen a fine artistic improvidence as part of her role. He hadn’t minded. It had never occurred to him that he would be the survivor.

What had carried her off, of course, was some circulatory catastrophe. Probably it was an embolism; indeed there was no other explanation. A hale and hearty woman, perfectly fit to haul up an anchor. But it was while hauling up the anchor that she had dropped. Yes, embolism was what the p-m would show. Or was aneurysm the word he wanted? He had gone rusty on these things since the early retirement that had followed his marriage.

The yacht pitched, and a slipper with an absurd fluffy pompom slid across the door. He almost called out to Sonia some jaded pleasantry about tidiness on shipboard. She wasn’t a tidy woman. The little table forrard was littered with typescript, and there was a further silt of the stuff on the floor. From the portable typewriter a final sheet protruded. He walked over to it and looked at the last word. It was ‘inchoate’ – which meant that the next word, the word she would never type, ought to be ‘eyes’. ‘He looked at her out of fathomless inchoate eyes.’ The sentence would be something like that. As a young woman she had picked up a vocabulary from D H Lawrence, and she had applied it to her own somewhat different literary purposes ever since. Colonel Petticate stirred some of the littered sheets contemptuously with a toe.
Opera interrupta
he said to himself, quoting a writer for whom he had rather more esteem.

It was undeniable that Ffolliot Petticate, although so rational a man, had allowed his settled attitude to his wife to be largely determined by a purely emotional occasion. At first he had been rather pleased with her. It was amusing to be married to a celebrity. And she was certainly a celebrity of sorts. The name of Sonia Wayward was a household word. If the households of which this held true scarcely included those of the most intellectual bent or ripest literary cultivation, it was at least a fact that Sonia’s romances had earned the regard of gratifyingly large sections of the public alike in England and America. This meant that she earned a lot of money. And these were circumstances which Petticate found entirely agreeable. Sonia’s wasn’t a sort of reputation that need make an intelligent and sophisticated husband feel himself cast into the shade; and when he did grow a little tired of it he had the resource of a small society of cronies with whom he could share an attitude of civilized irony towards the whole affair. Moreover Sonia was really very amusing. She was genuinely the possessor of temperament – which in certain moods she would fling about in the interest of a jollity that was, somehow, catching. If Petticate himself never quite caught it, he didn’t for a long time – surprisingly enough – at all resent it whizzing round his ears. He had formed his own picture of his position in their circle: a man inevitably, because of his intellectual attainments, a little aloof, but nevertheless courteous and even cordial in his quiet well-bred way. When Sonia described one of her male characters as spare and distinguished, and endowed him with impressive if vague aristocratic associations, Colonel Petticate always supposed that she was taking the wifely liberty of exploiting him for the purposes of a little ‘copy’. This made the actual disillusioning incident all the more disconcerting.

Historias Robadas by Enrique J. Vila Torres
Flowers on the Mersey by June Francis
Midnight Feast by Titania Woods
Some Like It Hot by Brenda Jackson
The Dewey Decimal System by Nathan Larson
The Evil Beneath by A.J. Waines
Where China Meets India: Burma and the New Crossroads of Asia by Thant Myint-U
Fangs for Nothing by McCarthy, Erin, Love, Kathy
Risky Game by Tracy Solheim
Knight's Honor by Roberta Gellis
Our partner