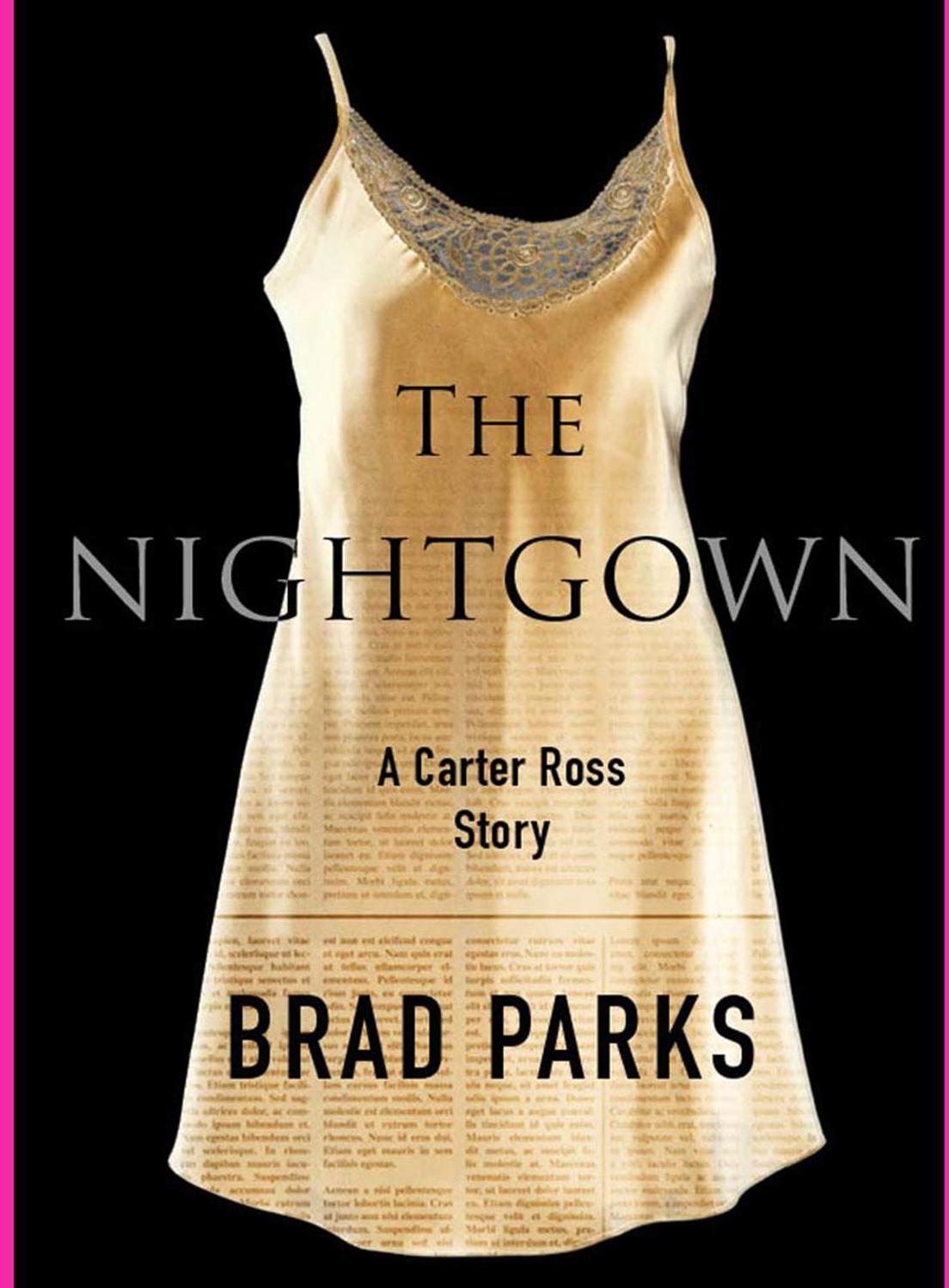 THIS IS A WORK OF FICTION. ALL OF THE CHARACTERS, ORGANIZATIONS, AND EVENTS PORTRAYED IN THIS STORY ARE EITHER PRODUCTS OF THE AUTHOR’S IMAGINATION OR ARE USED FICTITIOUSLY.

Excerpt from “The Girl Next Door”

The idea, of course, is to simulate what the candidate would do with an actual story on an actual deadline. The only problem is it doesn’t really simulate anything – besides, perhaps, how well you take writing tests.

Any journalist worth his ink understands great writing begins with great reporting: the keen eye for detail, the ability to ask the right question at the right moment, the mental horsepower to quickly absorb new information, the narrative instincts to understand what’s pertinent and what isn’t. Writing a story with someone else’s notes is a bit like baking a cake with someone else’s batter.

Nevertheless, there I was, with several sheets of gooey slop in front of me, making like Betty Crocker.

I was interviewing for a staff writer position at the
Newark Eagle-Examiner
, New Jersey’s largest and most respected news-disseminating organization. This was eight years ago, back when newspapers were still hiring and I was a young cub of 24. Up to that point in my life, the largest newspaper to carry the byline “Carter Ross” was a 40,000-circulation daily out in the hinterlands of Pennsylvania.

Merely walking into the doors of the
Eagle-Examiner
– whose circulation was roughly ten times as large – was a huge deal for me, especially since I’m a New Jersey native who grew up reading it. Plus, as an ambitious sort of fellow, it was either a perfect steppingstone to something bigger or, even if it never took me anywhere, a pretty good place to end up.

I had managed to get its editors’ attention with some of my recent work, most notably a series of stories that came about when I uncovered a small-town pastor who was inventing imaginary winners to his church’s 50-50 raffle so he could keep all the proceeds for himself.

He got indicted. I got a job interview.

That’s the way it works in journalism, where stars are often made on the stupidity of others. (Even my hero, Bob Woodward, would today be a talented-though-little-remembered reporter for
The Washington Post
if the Committee to Re-elect the President was any good at breaking and entering).

So, thanks largely to one greedy minister, I found myself in the
Eagle-Examiner
newsroom, slogging through a writing test. I was trying to take it seriously, inasmuch as it could help change my career trajectory. But I also kept hearing a running dialogue between Assistant Managing Editor Sal Szanto – the guy who would most likely be deciding whether I got hired – and a woman on the night desk. She seemed to be some kind of lesser assignment editor but what I noticed most is that she was a knockout: an attractive, long-limbed, curly haired brunette. She was almost certainly on the other side of 30, a few years older than me, but that didn’t strike me as a big deal – legs like that tend to discourage any thoughts of age discrimination.

From what bits of conversation I heard, I could sense she was growing agitated about something. I just couldn’t tell what. There was news breaking, that much was clear. Someone important had done something of interest and Szanto wanted a reporter dispatched to chase it down.

And, apparently, at 6:30 at night, they didn’t have an extra warm body. As I began eavesdropping more assiduously, I heard the brunette say, “…can’t send Petersen. The last time he left the office we were still using hot type. Besides, he’s doing rewrite tonight.”

“What about Hays?” Szanto asked.

“Vacation,” the brunette informed him.

“And there’s seriously no one in the Union County bureau who can hop on this thing? Come on, we’ve got to have
someone
,” said Szanto, signaling his concern by throwing down a handful of Tums and crunching noisily on them.

As I rose from my chair and walked toward them, I heard the woman protest, “I know, but what am I supposed to do, pull a reporter out of my…”

The woman studied me like I had just fallen out of the Dummy Tree.

“This is Carter Ross,” Szanto said. “He’s a reporter with the Pitts County Patriot. He’s interviewing for Millstein’s old job.”

“Nice to meet you,” I said, extending my right hand toward the woman and flashing the smile I usually reserved for bar pickups. “What’s your name?”

“Tina Thompson. But unlike you, I actually work here.”

“And I don’t. Yet. But there’s no reason to hold it against me.”

“If you’re here for a job interview, shouldn’t you be, I don’t know, interviewing with someone?” Tina asked.

“I’m just over there doing some fake writing. Why don’t I do some real writing instead?”

Szanto, who had turned his mouthful of antacid into fine chalk, kept swiveling his attention between the two of us, then turned back his office.

“What the hell,” he said as he passed through the door. “Give the kid a chance.”

Tina was fixing me with a look that registered a 9.75 on the Incredulity Scale, which normally only goes to 8.

“One of these days, I want to know what it’s like to work for a real newspaper,” she grumbled.

I once again gave her my best barstool smile.

“Oh fine,” she said. “That little rag in Pennsylvania give you a laptop and a cell phone?”

“You got them with you?”

“Always,” I said, giving her my number.

“Good. Get in your car and start driving toward Carteret. I’ll call you on the way.”

Having grown up just a few towns away from Newark, in a McMansion-intensive suburb called Millburn, I knew the way to Carteret, even if it wasn’t the kind of place where my prep school took regular field trips. Carteret was part of New Jersey’s rust belt, that corridor north of Exit 12 on the Turnpike that the state tourism commission forever wished could be moved somewhere less visible. Like Pakistan.

I had barely settled into my car, an aging Chevy Nova with brakes that could almost stop a 10-speed bicycle, when my phone rang.

“You already sound too smug,” Tina informed me. “This is a job interview, remember? You should sound deferential and nervous.”

“Better. Okay, here’s the deal, someone crashed his car into a building at the corner of Roosevelt and Jefferson in Carteret. Ordinarily, that wouldn’t be a big deal, except we’re hearing the someone was Lenny Ryan. You know who Lenny Ryan is?”

“He’s a State Senator, but he’s more than that. Lenny Ryan has the entire Democratic portion of Union County trapped under his thumb. All the patronage hires, all the municipal contracts, all the political appointments, they all go through Lenny one way or another. And Lenny always gets his piece.”

“He is, actually. He’s a classic Irish politician. He’s smart, charismatic, great in front of a crowd and smooth as a baby’s ass. A few years ago, we put one of our best investigative reporters on him for three months. We were going for Lenny’s scalp, but we didn’t even touch a hair on his head. We ended up running this 3,000-word puff piece on him. He’s got it hanging in his office like a trophy, from what I’m told.”

I was speeding down Broad Street in Newark by this point, slaloming between lanes. Yeah, I had spent my last two years in Pennsylvania, but it hadn’t taken the Jersey out of my driving.

“So the fact that he’s hit a building means…?”

“Maybe nothing, maybe everything,” Tina said. “I mean, was he drunk? Was he high? Was he speeding? You just have to keep in mind this guy is a major player in this state. Anything he does is news.”

“What if it was just an ordinary accident?”

“Then it’s not very interesting news, but it’s still news,” Tina said. She furnished me with directions to the location of the crash, finishing with, “If you get anything good, call me immediately.”

I drove south on the Turnpike, through the more aromatic sections of Elizabeth and Linden, until I reached exit 12. I wound around on Roosevelt Avenue, through commercial and residential areas and into an industrial stretch. Just past a trucking depot, I found what I was looking for: a brick building with a noticeable chunk taken out of its corner and a variety of lesser car parts still strewn around it.

It took me a moment to take it in, but when I did, I nearly hopped out of my Nova and did a victory jig – which is saying a lot, given that my pasty Northern European lineage is not known for its dancing skills. I pulled out my phone and dialed the last number that called me.

“Tina, it’s Carter Ross. I know this may sound presumptuous, because I don’t even work for you, but you may want to reserve a spot for me on the front page.”

“Because, the building at the corner of Roosevelt and Jefferson is not just a building,” I said, giving a quick pause before I delivered the punch-line:

Tina quickly concurred that a powerful State Senator careening into an establishment that offered exotic entertainment – it was called Roxy’s Go-Go, if that wasn’t perfect enough – had significant news potential.

I terminated the call and began trying to figure out what happened. This, however, did not prove as simple as I hoped. The manager of Roxy’s Go-Go was inexplicably publicity shy, a member of the “we don’t want no trouble” school of media relations. He wouldn’t even give me his name, perhaps sensing that if he was seen as too forthcoming about the Senator’s mishap he would suddenly be visited by a very dogged health department inspector.

All I could cajole out of him was that around 5 o’clock he heard a loud noise and felt the building shake. He went outside, saw the car – a black Lexus – crumpled against the building. And he called the cops.

Since that was his first call, I figured it should be mine as well. I got bounced around until I ended up talking with the Police Director, who was about as forthcoming as the manager had been. Yes, he could confirm there had been a single car accident at 5 p.m. at the corner of Roosevelt and Jefferson. Yes, the car in question was registered to Leonard R. Ryan of Clark. No, he wasn’t saying anything else.

His official excuse for reticence was that it was a “pending investigation” but I knew the unofficial reason was that he wasn’t born stupid. He knew the score: The Carteret Police Director served at the pleasure of the mayor, who owed his position to the support of the Carteret Democratic Party. The Carteret Democrats, meanwhile, leaned heavily on the Union County Democratic Party, which was essentially a cult of Lenny Ryan’s personality. So while Lenny may not have been very good at controlling the steering wheel of his Lexus, he was quite adept at controlling everything else in a town like Carteret.

Hence, I was being stymied by Lenny Ryan’s perceived power. And I was starting to run out of time. It was already 7:15. I didn’t know the
Eagle-Examiner’s
deadlines, but as a rule the larger the paper, the earlier you needed to have copy in for first edition.

Just to have
something
to feed Tina, I pulled out my pad and started taking note of the detritus left scattered about the corner of the building by Lenny Ryan’s automobile – a piece of headlight covering, shattered bits of glass, some green viscous liquid. I was concentrating on a piece of random metal, which I decided I would call an L-bracket, when a tow truck with “Walter’s Auto Body” painted on the side slowed to a halt in the street.