The Novels of Nora Roberts, Volume 5 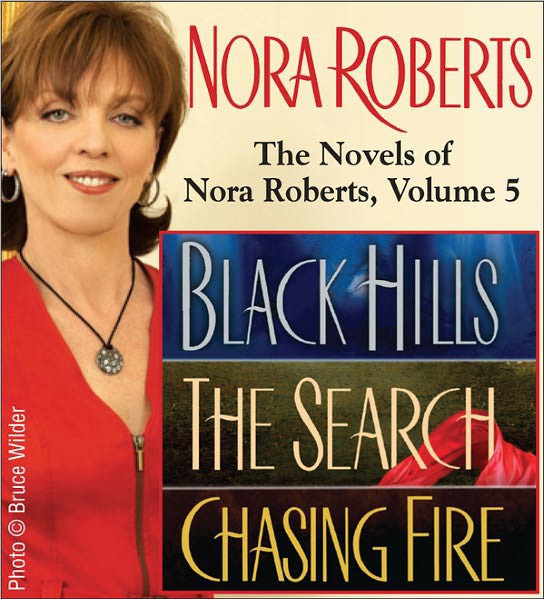 To those who protect and defend the wild
PART ONE
HEART
Where your treasure is, there will your heart be also.
—MATTHEW 6:21
1
SOUTH DAKOTA
June 1989
Cooper Sullivan’s life, as he’d known it, was over. Judge and jury—in the form of his parents—had not been swayed by pleas, reason, temper, threats, but instead had sentenced him and shipped him off, away from everything he knew and cared about to a world without video parlors or Big Macs.
The only thing that kept him from
completely
dying of boredom, or just going wacko, was his prized Game Boy.
As far as he could see, it would be him and Tetris for the duration of his prison term—two horrible, stupid months—in the Wild freaking West. He knew damn well the game, which his father had gotten pretty much right off the assembly line in Tokyo, was a kind of bribe.
Coop was eleven, and nobody’s fool.
Practically nobody in the whole U.S. of A. had the game, and that was definitely cool. But what was the point in having something everybody else wanted if you couldn’t show it off to your friends?
This way, you were just Clark Kent or Bruce Wayne, the lame alter egos of the cool guys.
All of his friends were back, a zillion miles back, in New York. They’d be hanging out for the summer, taking trips to the beaches of Long Island or down to the Jersey Shore. He’d been promised two weeks at baseball camp in July.
But that was before.
Now his parents were off to Italy and France and other stupid places on a second honeymoon. Which was code for last-ditch effort to save the marriage.
No, Coop was nobody’s fool.
Having their eleven-year-old son around wasn’t romantic or whatever, so they’d shipped him off to his grandparents and the boondockies of South holy crap Dakota.
Godforsaken South Dakota. He’d heard his mother call it that plenty of times—except when she’d smiled and smiled telling him he was going to have an
adventure,
get to know his
roots.
Godforsaken turned into pristine and pure and exciting. Like he didn’t know she’d run off from her parents and their crappy little farm the minute she’d turned eighteen?
So he was stuck back where she’d run from, and he hadn’t done anything to deserve it. It wasn’t his fault his father couldn’t keep his dick in his pants, or his mother compensated by buying up Madison Avenue. Information Coop had learned from expert and regular eavesdropping. They screwed things up and he was sentenced to a summer on a horseshit farm with grandparents he barely knew.
And they were really
old.
He was supposed to help with the horses, who smelled and looked like they wanted to bite you. With the chickens who smelled and did bite.
They didn’t have a housekeeper who cooked egg white omelets and picked up his action figures. And they drove trucks instead of cars. Even his ancient grandmother.
He hadn’t seen a cab in days.
He had chores, and had to eat home-cooked meals with food he’d never seen in his
life.
And maybe the food was pretty good, but that wasn’t the point.
The
one
TV in the whole house barely got anything, and there was no McDonald’s. No Chinese or pizza place that delivered. No friends. No park, no movie theaters, no video arcades.
He might as well be in Russia or someplace.
He glanced up from the Game Boy to look out the car window at what he considered a lot of nothing. Stupid mountains, stupid prairie, stupid trees. The same view, as far as he could tell, that had been outside the window since they’d left the farm. At least his grandparents had stopped interrupting his game to tell him stuff about what was outside the window.
Like he cared about a lot of stupid settlers and Indians and soldiers who hung around out here before he was even born. Hell, before his prehistoric grandparents had been born.
Who gave a shit about Crazy Horse and Sitting Bullshit. He cared about the X-Men and the box scores.
The way Coop looked at it, the fact that the closest town to the farm was called Deadwood said it all.
ADS
15.4Mb size Format: txt, pdf, ePub