The Nymph's Curse: The Collection 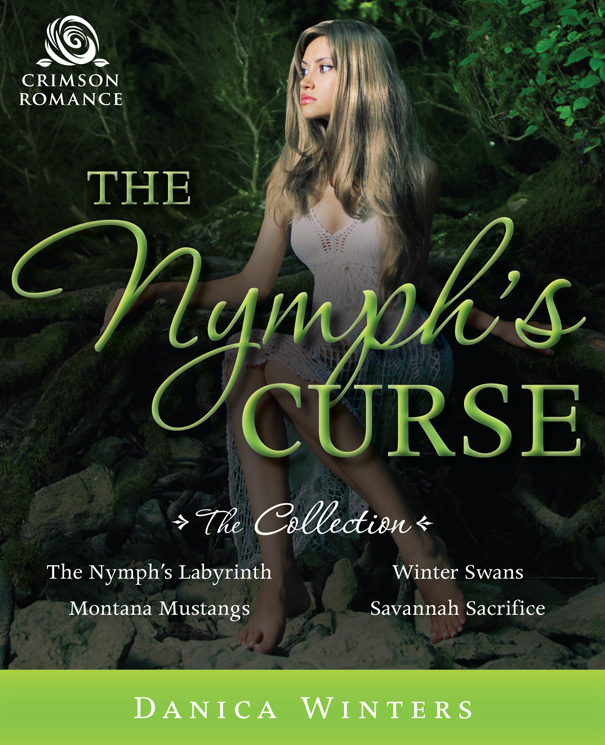 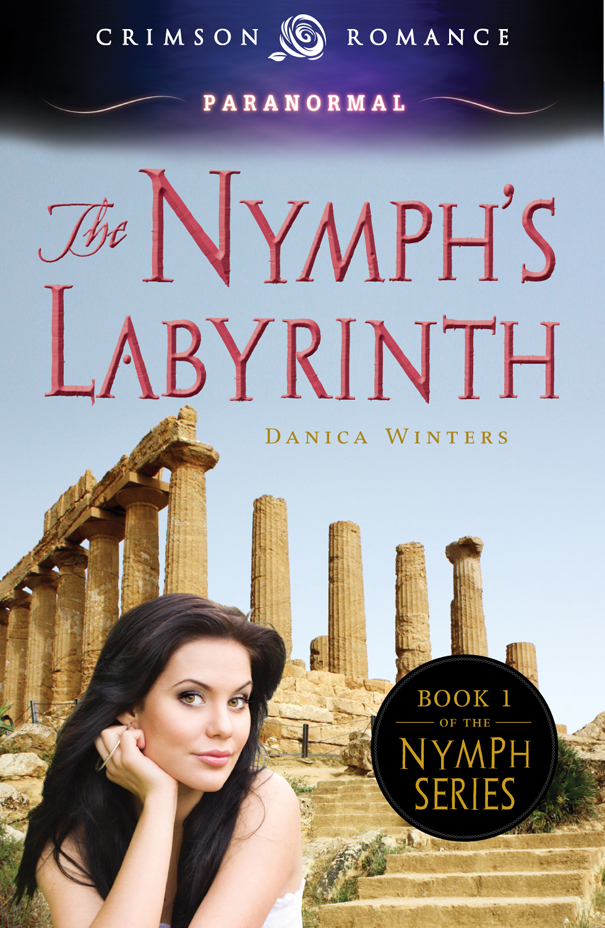 I also want to extend thanks to Amanda Luedeke who always has my best interests in mind. I can’t wait to see what the future will bring.

Also, thank you to Jennifer Lawler for extending a welcoming hand.

Lastly, I want to thank my family (Eliot, this goes for you too) and friends — your love and humor keeps me on my toes.

To Bridget and Gavin —

The Palace of Knossos, Crete

Zeus stepped to the side of the bed and lifted the sheet to gaze at Epione’s sleeping form. The goddess’ hair splayed around her head in a black halo and her hands rested over her bare breasts. The warm ocean breeze filtered through the curtains behind him as he stared down at her tanned chest while it rose and fell with the innocence of sleep.

The air must have startled her and she stirred. The nymph’s hands shifted from her breasts as she moved to stretch, and the action made the God’s manhood quiver to life. He dropped the sheets back down and as the air wafted against her skin, she opened her eyes. “Hmmm. Zeus?” She yawned. “Have you come to me in need of healing?”

Epione sat up, pushed her legs out from beneath the bedding and stood up. Zeus’ gaze fell to her round breasts and trailed down to the black wavy hair between her thighs. “I come for deeper needs. Needs only a woman … no, only a nymph can fill.”

She stumbled toward her robe that lay draped over the wooden chair at the end of the bed, but he put out his arm, stopping her. “You won’t be in need of a covering.”

She glared at him as she backed away from his touch, and bumped against the wooden bed behind her. “What of your wife? She’ll be angry if you stray from your marriage bed, will she not?” Epione pulled her hair over her shoulders and covered her chest.

“Are you not the goddess of all nymphs? The Queen of the seductresses? Is it not your job to soothe a man? I am here to be a victim of your seduction, to have the needs of my manhood and my aching desires sated by your touch, not to worry about the fickle emotions of my wife.”

“A man who treats his wife with such indifference will find no place in my bed. I believe in true love, not infidelity.”

“She cares not where I plant my seed — only that I return to her.” Zeus reached out to touch her. “Come here and show me how you seduce, then I will leave and you can find another man who you can
love
.”

He laughed at the thought of such a romantic idea. Who wouldn’t want a nice tussle without the attachments of love? And the Queen of seduction? She would most certainly be in need of good lovemaking. He would love to teach her the ways of a real God.

Epione stared up at him with her bright green eyes. She was even more beautiful than the other gods of Olympus had foretold.

Zeus ran his fingers along the edge of the white sheet, so close to her breasts. So close to possessing what his loins called for. Her denial only made him want it more. “I am a God. I have sired gods and goddesses, and ruled humankind. Having me as a lover is an honor. There’s no reason you should not choose me.” He leaned closer to her, and could smell the salty scent of her skin. “My body is ravaged with pain of want and only you can dampen my fire.”

He followed her gaze toward the corner of the room, where a crystal staff shimmered in the sun, but he cared nothing of her trinkets, only the purpose that pulsed from between his thighs.

She sat down on the edge of the bed, careful to keep her body covered. “You’ll need to find another to wet your fire.”

Anger flashed within him
. Who does she think she is?

He reached toward her, but she pushed his hand away. “I am a god. The
God
of gods. I ravish whomever I desire. My touch is an honor to those with whom I share my bed.”

With a calm fury, she flung aside the sheets, pushed up from the bed and sidestepped around him. He turned as he watched her grab the crystal staff.

She glared at him with a fury reminiscent of the fires of Hades. “Let me be the first to be dishonored.”

Zeus stepped back and lightening sparked from his fingers. His body responded with a hardness that came to the men of war. “I will not beg. You’ll give me what I want, or I will take it.”

Epione thrust the staff in the direction of his manhood. “Come near me and I’ll burn it off.”

He covered his groin and sneered. “Your denial will bring only acrimonious dishonor.”

“So be it.” She jabbed the staff at him again.

He glared at the idealistic goddess. “Because of you, your kind will be cursed. Never again will you or your kind partake in your senseless desire for
true love
. If a nymph attempts to love a human, that man will be fated to die a tragic death!”

“No.” The crystal staff lowered as she shirked from his words.

He raised his arms to the sky and bellowed. The ground quaked beneath him. “This island and everything you hold dear I condemn to the fires of Thera. All because you dared to turn a god away!”

“The Minoans worship the bull, not the God of gods. They deserve no mercy.”

The walls cracked and fissured around them as the earth shook. Thunder filled the air and from the window, a cloud of gray ash poured from the direction of the volcano to the North.

“Foolish Epione, you and all that your humans hold dear will this day be destroyed.”

Shoveling dirt in a dark, forbidding hole was the last place Ariadne Papadakis wanted to be. She used the trowel in her hand as a weapon to scrape the clay away. A drop of sweat trickled down the ancient black tattooed snake on her arm, past her elbow, over the serpent’s weaving body, and stopped at the base of her wrist as if it was afraid to enter her palm where the head of the snake was poised for attack.

The city of Gournai sat at the base of a Cretan hill, a blister of light in the callous night. Ariadne could remember when the town had been nothing but a few villas and a market, perfectly rural — a great location for a secret. Now it bustled with modern life and somewhere within the public maze, sat an archeologist who wanted to expose the Labyrinth she and her sisterhood of nymphs had kept hidden for so long.

How had Beau Morris found their secret … a secret that had been hidden for thousands of years? She couldn’t know for sure, but now she had been ordered to deal with the consequences of his action.

Earlier that day, while Ariadne had been working at the museum in Heraklion, a braying couple from Alabama had been among the handful of visitors. They had laughed at the bare breasts of the statue of Epione, the snake goddess. They had snickered and made jokes of the serpents that graced her arms and her ample breasts. They never paused to consider what the woman had once meant to so many and still meant to Ariadne’s sisters and all nymphs. They had just laughed and gawked at the oddity before them. Stupid Americans.

Did no one revere what is sacred anymore? Had culture changed that much?

Ariadne pushed the thoughts from her mind. There were some things about the modern world that she just didn’t understand, and Dr. Morris’ ardent desire to destroy the nymph culture by exposing the secrets of the Labyrinth was at the top of her list.

If he found the Labyrinth, the artifacts would sit in the museum, and like the statue of Epione, be pointed at and mocked — or they would be misused. The sacred Labyrinth needed to stay exactly as it was, hidden from science, from prying eyes, mocking laughs, and greedy hands.