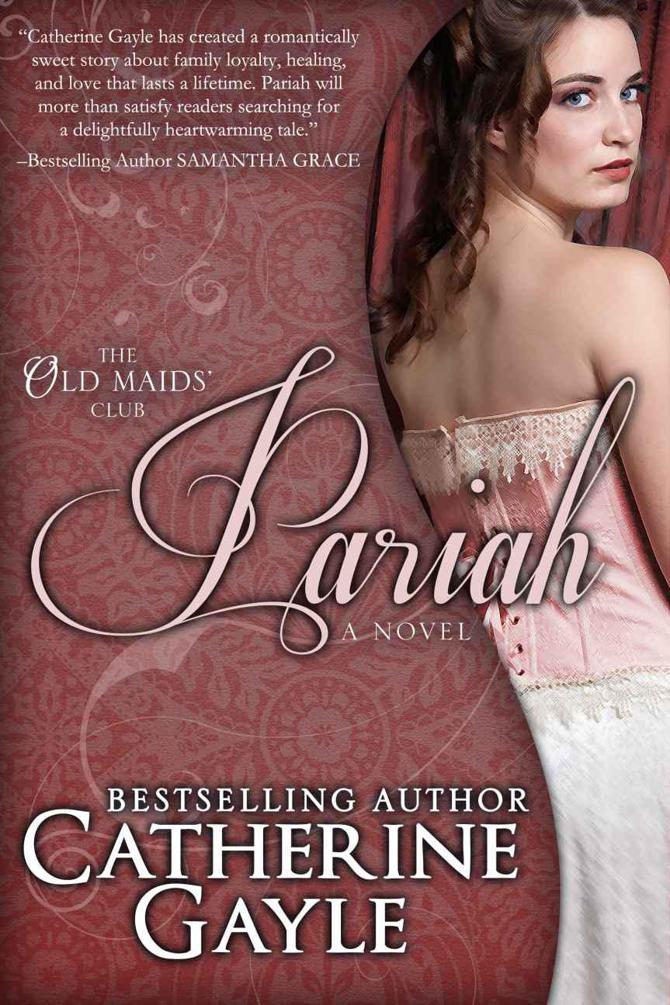 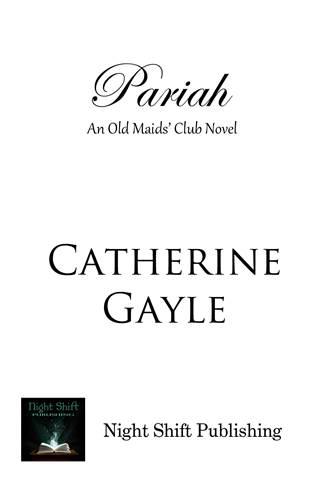 To Tammy and Erin, for helping to guide me down Aunt Rosaline’s rocky path, and for convincing me I could write this story the way it deserved to be written, to Samantha for always believing in me, and to Jane for your tireless dedication and eternal honesty.

An itchy quiet, thick and unnerving, blanketed the house like a wet woolen blanket. Silence never descended upon the Cottage at Round Hill, aside from those rare midnight moments while the rest of the household slept, leaving Bethanne Shelton with a few ponderous intervals in which to breathe.

But this was not the middle of the night. The sun was still making its passage across the sky, hidden behind snow-filled clouds for the duration of its journey. At this time of day, silence could mean nothing but a new cause for anxiety.

If there was one thing on this earth Bethanne did not need, it was another worry to add to her ever-growing list.

“Aunt Rosaline?” she called out.

Bethanne slipped out of the cozy parlor at the front of the house and into the entryway. She looked from one end of the corridor to the other. No one was there.

Joyce Hurd rushed in from the kitchens with her hands and dark gray worsted gown all dusted in a smattering of flour. A bit of it was even sprinkled in her rich, brown hair. “Has Lady Rosaline gone missing again? Isn’t Mrs. Temple with her? I would have brought her into the kitchens with me if I’d known… Oh, how I
wish
we had found someone to replace Inwood already.”

Yet another thing for Bethanne to do—and sooner rather than later, it appeared.

She didn’t want the entire staff to worry just now. Aunt Rosaline might be fine, after all. There
might
be nothing amiss. “We should start looking. If fortune favors us today, she won’t have gone far.”

“Come on then,” Joyce said. “Let’s be off to find Lady Rosaline before she hurts herself.”

Or someone else.
Bethanne and Joyce passed a knowing look between them. Surely, the cook was thinking that very thing. She’d worked for Aunt Rosaline since well before Bethanne’s arrival. Joyce had seen Aunt Rosaline at her best. And at her worst.

Bethanne
hoped
they’d all seen her at her worst, at the very least. But of late, all of her hopes had been in vain.

Nevertheless, she couldn’t just stand around hoping things would be all right. “Let’s split up, shall we? You search the house—mainly the ground floor. She can’t get up the stairs on her own very well, at least.” Thank the Lord for small mercies. “I’ll see if she’s made her way past us and outside somehow.” Bethanne shuddered at the notion, but there was no time to waste with such thoughts.

The cook nodded and scurried off to do as Bethanne had asked. Smoothing her trembling hands over her skirts, Bethanne gathered all the resolve she could muster and headed for the back door. She didn’t take the time to don a pelisse, let alone anything more substantial, to ward off the chill. The few seconds such a task would require could mean all the difference in the world.

The rose garden seemed a likely place for her aunt to have wandered. Certainly more likely than the front yard. Passing horses and carriages seemed to make Aunt Rosaline nervous of late, since she couldn’t always see them until they’d nearly run her over.

With the failing of her mind, Aunt Rosaline’s fear, at least in this instance, was Bethanne’s blessing, to be sure.

Stepping outside, Bethanne took a cursory look around. Nothing seemed to have been toppled over or knocked aside. Such things weren’t always the best indications, however. “Aunt Rosaline?” She made her way through the winding paths, scanning the ground for her aunt’s prone form. Each step increased the galloping pace of her pulse.

A few minutes later, she’d scoured the entire rose garden and found nothing. Not even a trail of footprints in the snow. Of course, the snow was still coming down, having just started that morning—the season’s first snowfall. Why must it portend something awful? Bethanne shook the thought aside and settled back to her task. Depending on how long Aunt Rosaline had been gone, the footprints could have easily been covered over already.

Where to look next? The path leading to the pond, or the trail through the arbor—the one leading up to the hills? Hugging her arms to her chest for warmth, she passed her eyes over her two choices. As before, nothing was out of place.
Bother
!

“Aunt Rosaline?” she tried again, the force of her call increasing with each repetition. What she wouldn’t give for something to indicate which route was more likely to yield results.

“Miss Bethanne?” Mrs. Temple’s voice came from the direction of the pond. Bethanne squinted in her direction. The housekeeper picked up her skirts and hurried forward, puffing and panting as she came. Gusts of white mist rushed out into the air before her. “Oh, thank goodness you’re out here, too. I turned my back on your aunt for just a moment, and when I looked back, she was gone.”

Just as Bethanne had feared. “Where were you when she went missing?”

“In the rose garden. Lady Rosaline seemed rather clear-headed this morning and wanted a bit of air. I needed to beat some rugs, so I didn’t see any harm in it.” Mrs. Temple wrung her hands. The lines around her eyes were pinched, and her tone rose with a hitch on almost every word. “Oh, I should never have taken her out of the house. I should have left her with Joyce in the kitchens.”

Bethanne pulled the housekeeper into an embrace, stroking the older woman’s back. The small contingency of servants at Round Hill had ever been more like family than anything. “Don’t fret so. I would have done the same.” Stepping back, Bethanne turned her gaze in the direction of the arbor and steeled herself for the sloping trek. “Where have you already searched, Mrs. Temple?”

“Both the pond and the arbor.” No wonder the older woman was gasping for air.

With a brisk nod, Bethanne ruminated over the newest information. “And I’ve searched the garden,” she murmured.

Bethanne and Mrs. Temple locked gazes. No words were necessary. As one, they turned and skirted around the outside of the cottage, nearly sprinting for the front of the house. Or, more precisely, for the hole in the fence where it had broken—after Inwood had left them, of course—and the grim possibility that neither of them wished to face.

“Aunt Rosaline?” Bethanne shouted as they came around the side of the house. There was no sign of her. Two freshly fallen pickets lay on the ground, making the hole wider than before. An ominous sign, if ever Bethanne had seen one. She swept her eyes over the road for any other sign of Aunt Rosaline’s departure. Nothing.

Joyce rushed out of the house, apron whipping around her. Like Bethanne, she also had no coat to warm her. “She is nowhere inside, miss.”